Any idea what's going on with these leaves?

I went away for vacation and came back to find my Issai Kiwi & 4 in 1 apple tree leaves looking strange. I did spray the apples with Sulphur before I left, and they were both well watered.

My apple leaves look a bit distorted/mottling and have discoloration. Almost like a mosaic virus. 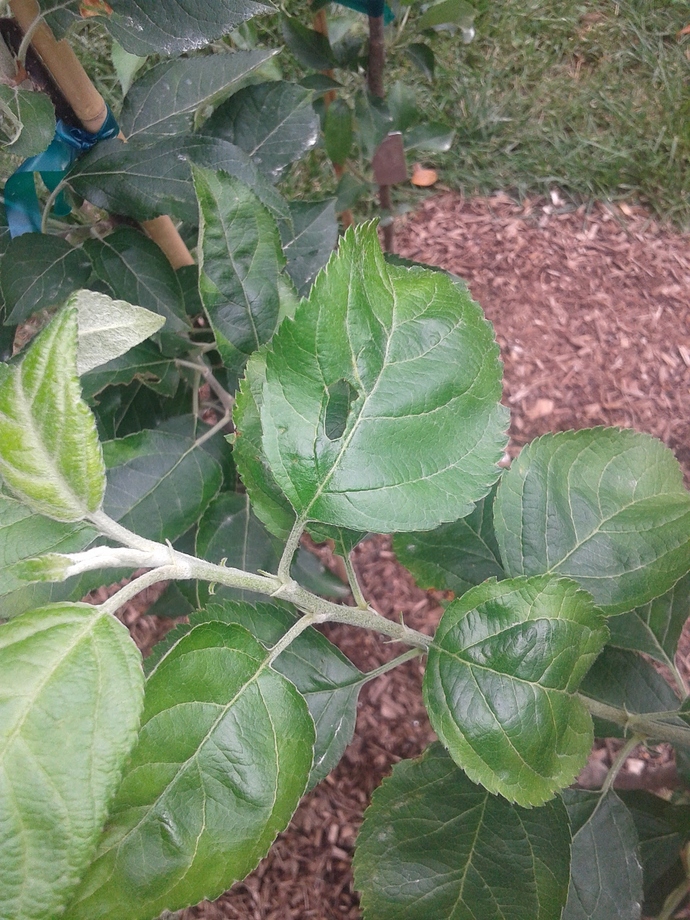 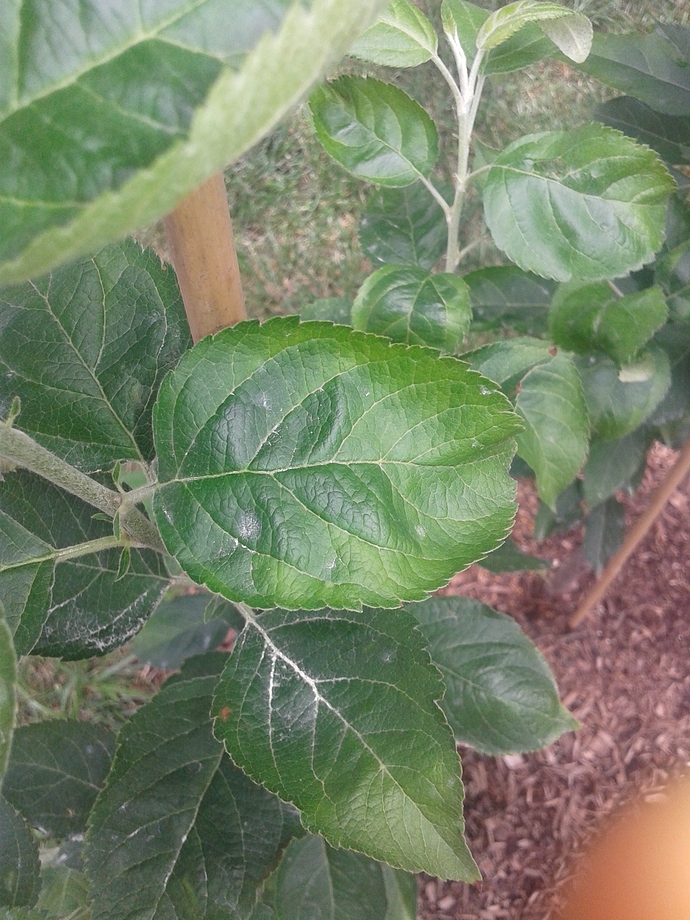 My Issai Kiwi looks like it may have chlorosis. Also some distortion/mottling as well. The new green growth on them looked great, and I come back to this. Anyone successfully growing hardy Kiwi? This is its second year, and I’ve had problems both years now. Maybe it’s getting too much sun? 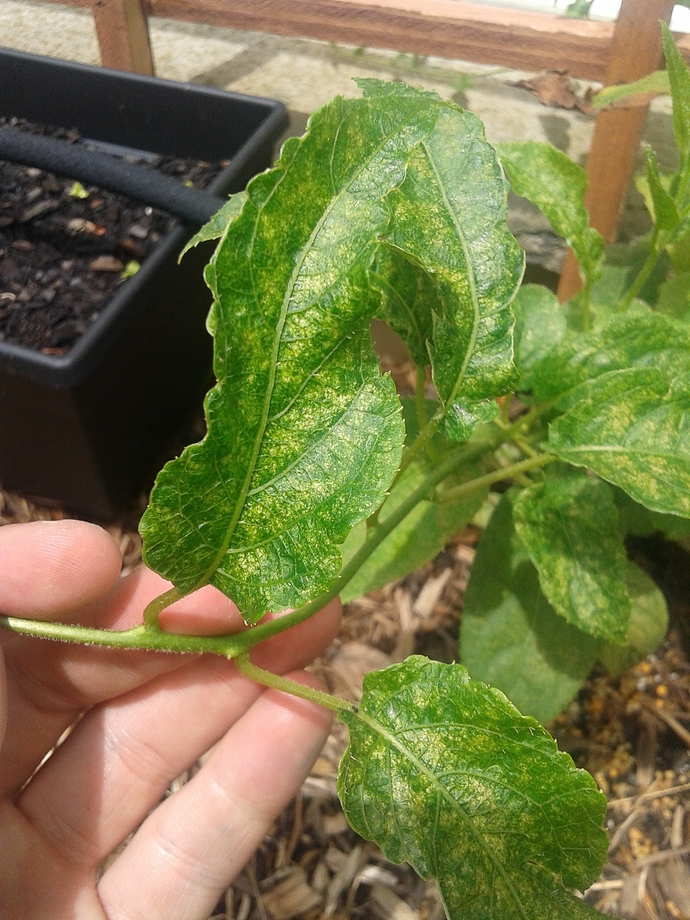 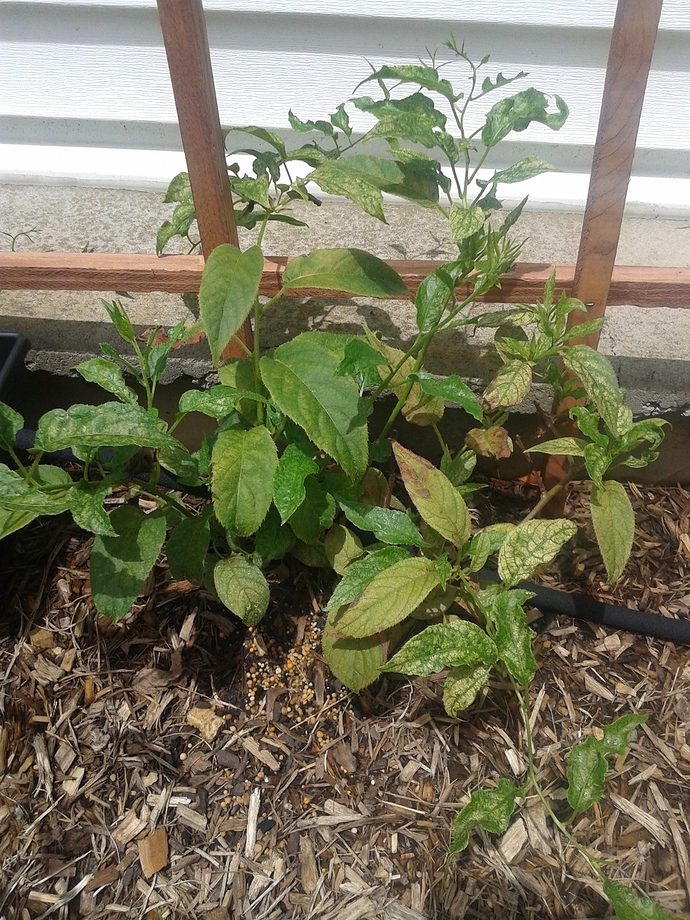 My apple leaves look a bit distorted and have discoloration. Almost like a mosaic virus.

What cultivar? Honeycrisp is known to leaf yellow due to a buildup a photosynthate in the leaf.

Leaf yellowing on Honeycrisp apples looks severe, but seems to have no detrimental effect on the trees.

None of the 4 are Honeycrisp. And they’re all 4 different varieties.

They’re not yellow like the leaves in that link either. I’ll keep an eye on them if they change color to a brighter yellow.

I’m no expert, but the apple leaves look like they are curled because of an tiny insect sucking on the undersides. Possibly a leaf hopper or aphids.

Ross, I have exactly the same leaves on my apple trees as on your second picture. I was wondering why is that? Three of my four apple trees do not look happy. The few apples look too small and undeveloped. The leaves are curled inward and there is light discoloration as on your picture. I did not see any insects except for June beetles. I am thinking it was the dry and the hot weather that stressed my apples. They are on Emla 26 rootstock which is not resistant to drought. The better looking apple is located in the shadier and slightly wetter spot of the garden.

And my hardy kiwi is growing in the full sun and it rarely gets any watering, but it looks normal, without any problems.

Is that chemical fertilizer at the base of the kiwi? you might have overdone it. If that’s the case, I would remove it.

It’s a slow release, but do you think that did it? The one right next to it looks the same. Same slow release on that one too, but what are the chances that both will look like that at the same time?

I was going to say they look a little fertilizer burned to me, but I have more experience with that problem with plants rather than trees. I associate thicker leaves that “scallop” themselves into vaguely tortellini shapes with micronutrient lock ups causing burn, as opposed to rams horns indicating nitrogen excess.
edit If you recently moved them into a sunnier slot, my gut would say fertilizer burn from sun shock, ie they were well fertilzed for shade but couldn’t take up the micros to out heal the transition into more sun. A foliar spray and a shade sail may help.

Not sure what it is but when we get to the bottom of it we will all be a lot happier! I posted a problem I am having on apples a week or two ago. Mine is two fold, but I have some leaves that look exactly like your apple. Dropping off a leaf sample at our local diagnostic lab today. Where are you located Ross? Antmary are you located in Nebraska?

Right now I am leaning towards a couple of things, excessive early season moisture, then abnormal early summer extreme heat. Though I think my trees are also lacking in Zinc as well. The leaf symptoms we are all experiencing is very similar to Zinc and Magnesium deficiency. Likely compounded by the wacky environmental growing conditions this year. I applied some 10-10-10 fertilizer early in the spring around some of my trees, but the condition is also occuring on apples that are on “virgin” soil that was not fertilized this year at all. Also I have seen almost zero bugs on my trees this year.

I checked my apples this morning. Definitely some aphids and whitefly. The kiwi looks like it’s coming back. There’s new green growth forming that looks a bit more normal.

I went away for vacation and came back to find my Issai Kiwi & 4 in 1 apple tree leaves looking strange. I did spray the apples with Sulphur before I left, and they were both well watered.

My apple leaves look a bit distorted/mottling and have discoloration. Almost like a mosaic virus.

Take it for what its worth, just a follow up from my end. My apples are showing identical symptoms. Just got the leaf tissue analysis back from the lab, confirming what I thought my research had led me to. Deficient in Zinc and Copper. Low in Magnesium, Calcium and Boron. Sufficient in the major nutrients. We will let the crop consultant give me the recommendations from here.

@TurkeyCreekTrees I guess a shot of micronutrients can’t hurt! I’ll add some tomorrow.

Do you know the Ph of your soil?

I would say your soil is above the Ph of 7.0

The apples at least don’t look like anything to be alarmed about at this point imo Sometimes the best course of action is to take no action at all. If you go doing a bunch of stuff you’ll have a hard time knowing what the heck is going on later should the condition worsen or improve.
If you let the apples alone there is a very strong chance they will be fine. I doubt it’s nutrient related, though it is possible.
AMV or something similiar is a more likely possibility imo, but I’d let them alone…for now at least.

I doubt it’s nutrient related, though it is possible.

Why in the world would you make such a comment when someone just made a post to the contrary with knowledge and facts to indicate that it could very be the cause of it. I did not tell Ross to go dump a bunch of fertilizer on the tree, but I would suggest that he look into having a soil and leaf analysis run if he is still concerned about his trees appearance and then make an EDUCATED DECISION from there.

Well I don’t think it’s a lack of nutrients or ph because I’m now noticing it on some of my strawberries and one of my blackberry plants. 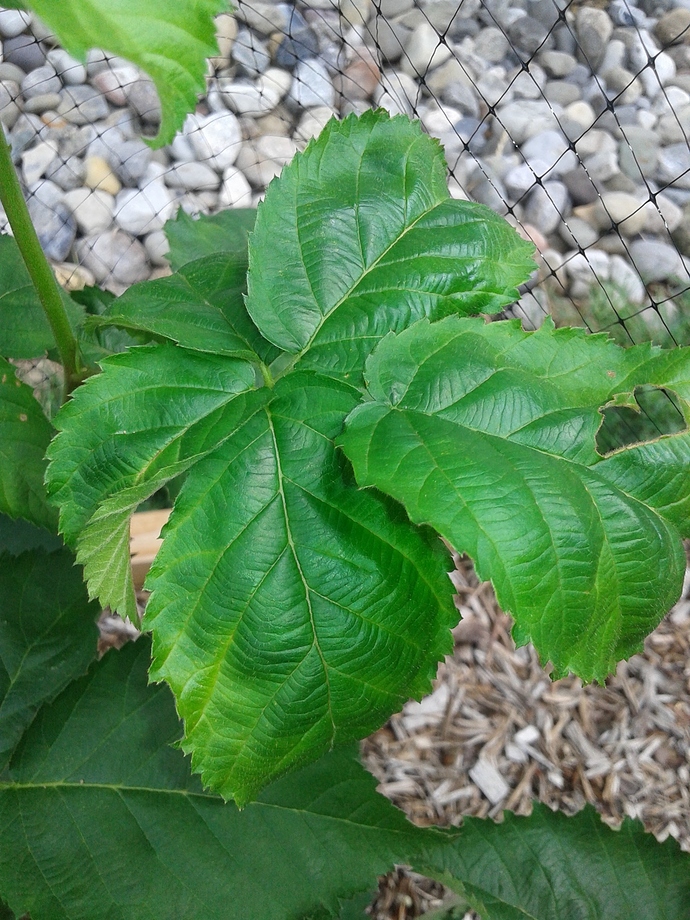 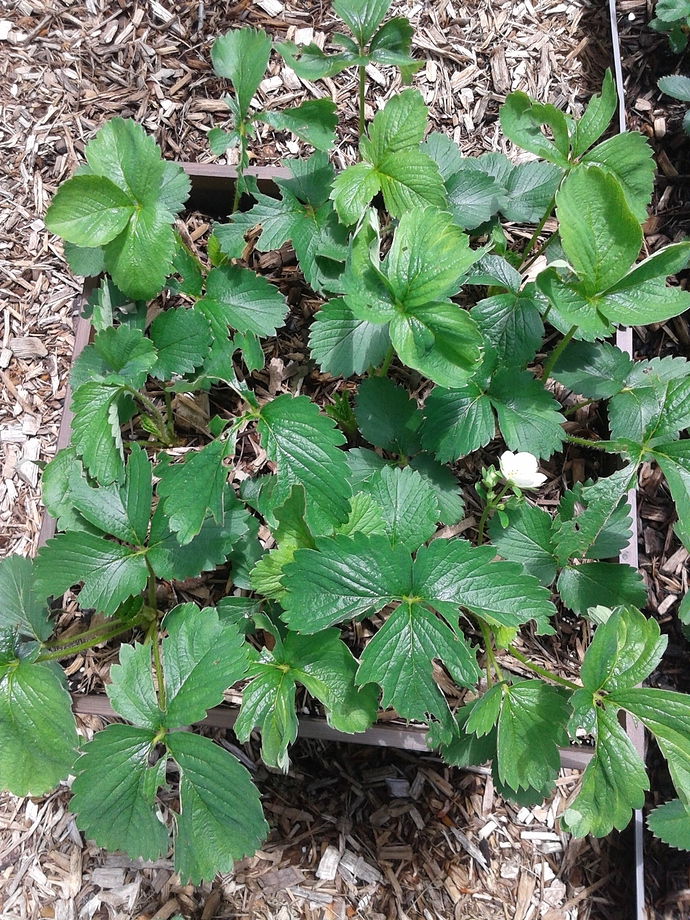 Still clueless about the kiwi. Hopefully a lower ph will solve the problem.