Any thoughts as to this apple variety?

A lady brought me this apple to try. Said it is growing outside her mothers nursing home. Almost a pinkish cast to the red area, yellow skin is almost white in areas. Crisp flesh that is very white in color. Sweet tart flavor. 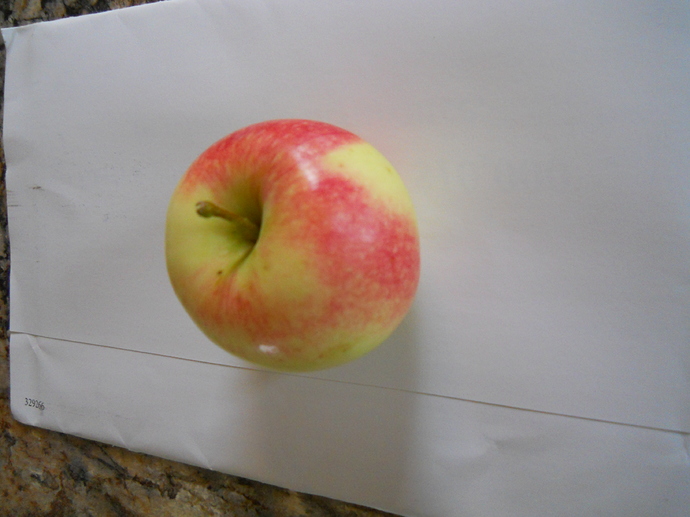 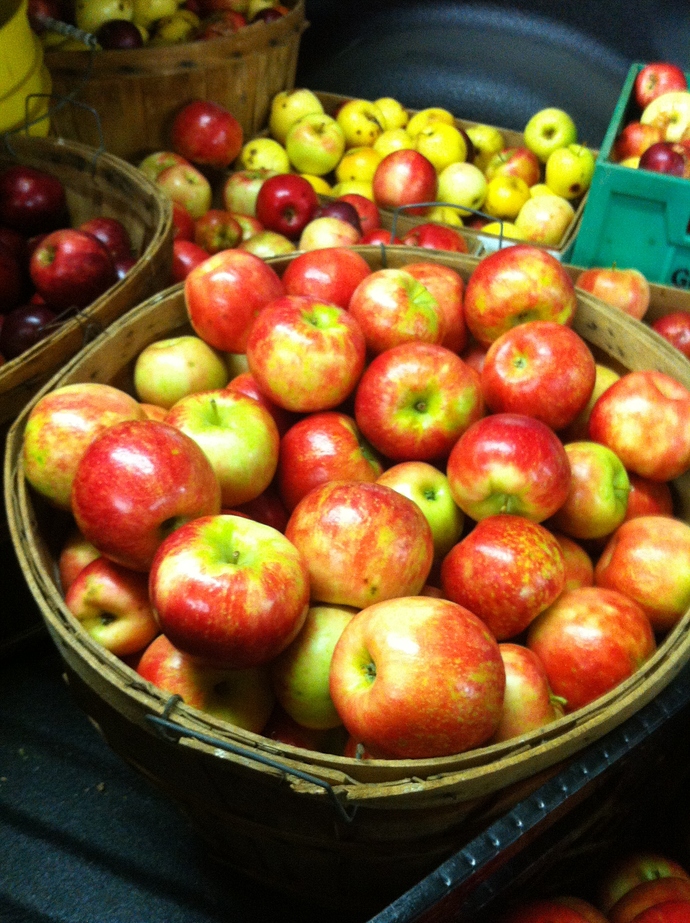 Almost looks and sounds like a Honeycrisp to me, TCT…

I agree. My first thought was Honeycrisp

I have some apples on one of my HC trees and they dont match this apple. Anyone think it could be Harralson? I saw someone posted a thread on Harralson and it looked a bit similar. I know there are different sports of Harralson, some are more solid in color and dont have the striping.

If we are on a U of Minnesota vein, then Zestar or State Fair? They both taste very similar IMHO.

Though the stem never seemed this long on my Zestar. For me they were right close to the branch. Not sure about State Fair, been a few years since I picked it at the local u-pick.

State Fair is my guess. They’re ready in our region too.

Although it looks like the one in your picture may have more of a yellow background whereas his tends to look more on the green side.

I had a State Fair for years until the deer girdled it!!! Grrrrr… 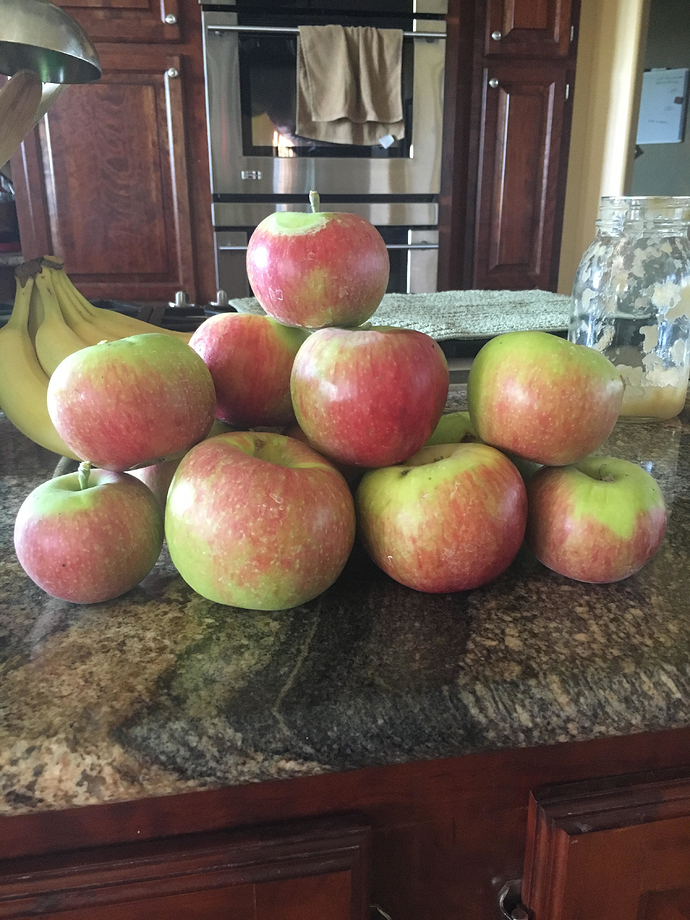 Those are some Honeycrisp I pick a year or so ago… Just didn’t want to blurt it out… I think they look like what @TurkeyCreekTrees has… that’s my guess.

The only thing in my mind is the date of harvest, where TCT is in Nebraska, and of course I’m in Iowa, but I don’t recall Honeycrisp being ready to harvest before late September/early October. Mine doesn’t hardly make apples anymore it seems, so don’t go by me (It’s so finicky my patience may run out on him and I might get the Stihl out one day…) plus it’s been a strange weather year - so anything’s possible I guess.

But any apple ready this early would have to be considered an early variety. The only early apples I’ve ever had here were EarliBlaze and State Fair.

I knew it was honeycrisp the second I saw it. The Kansas heat sometimes ripens them very early here.

I knew it was honeycrisp the second I saw it. The Kansas heat sometimes ripens them very early here.

Yeah, I don’t really know I guess except that Turkey said…

I have some apples on one of my HC trees and they dont match this apple.

I think he’s out more or less due west of Omaha a couple hundred miles. I guess they could get your Kansas weather more than ours over by Omaha though.

But ISU shows it as a September/October ripening range, although that’s not always reliable either I suppose. But here’s a link on that. Suggested Apple Varieties for Home Gardens in Iowa | Horticulture and Home Pest News

I just know with State Fair being done around here the last week in July it would seem odd for my area anyway to see one of the later varieties like HC ripening with the early ones like SF.

It’s an August apple here most years. Some times our warm weather starts in February and other years May so it just depends on when springs start. This area does not grow the best honeycrisp but they are still a good apple.

The apples came from a large, mature tree and my HC are on young B9 trees. I often feel like B9 causes apples to mature a bit quicker, but the HC on my trees are still almost completely green.

This area does not grow the best honeycrisp but they are still a good apple.

That’s what my opinion is down to I guess as well… my tree has been in-ground since '08 and I wanna say it’s given fruit two, maybe three years? When it did they were really, really good tasting apples. If I needed the space this slacker would be a goner, but it’s such a nice shaped tree and all. I just keep thinking maybe it’ll kick in one year and never look back but this year wasn’t that year either

Ate the other apple that I saved from my original posting date. Skin was almost a white color other than the pink/red blush. Majority of the flesh was still bright white, but a hint of pink was now under the skin in the flesh. I had just eaten a peach when I ate this one, but I really thought the apple and a strawberry taste to it.

Definitely not a HC, but a tree I will try and get scion from next year.

It’s a dead ringer for honeycrisp in coloring.

Does HC have pink flesh?

No not at all pink.