Anybody connect their netting to a thin wood piece?

Hello everyone,
I recently constructed a 10 foot bed and then installed a hoop system so that I can hang bird netting over the bed. The only issue I’m having is that given that the bed is 10 feet, its a bit cumbersome to unhook a large number of clamps just to grab some strawberries. I was wondering, has anybody tried attaching one end of the netting to a thin/light piece of wood which can then just hang down?

I feel like putting a lightweight system similar to window blinds would work well.

Oh PVC would be a great idea! How did you fasten then pipe to your netting? Also what netting do you use?

Three ways. If net has large cells, just put the pipe through every other cell, then cable ties at the end. If small cells, ten cable ties through net an around pipe, as many as needed. Or use 1 inch paper bonding clips. 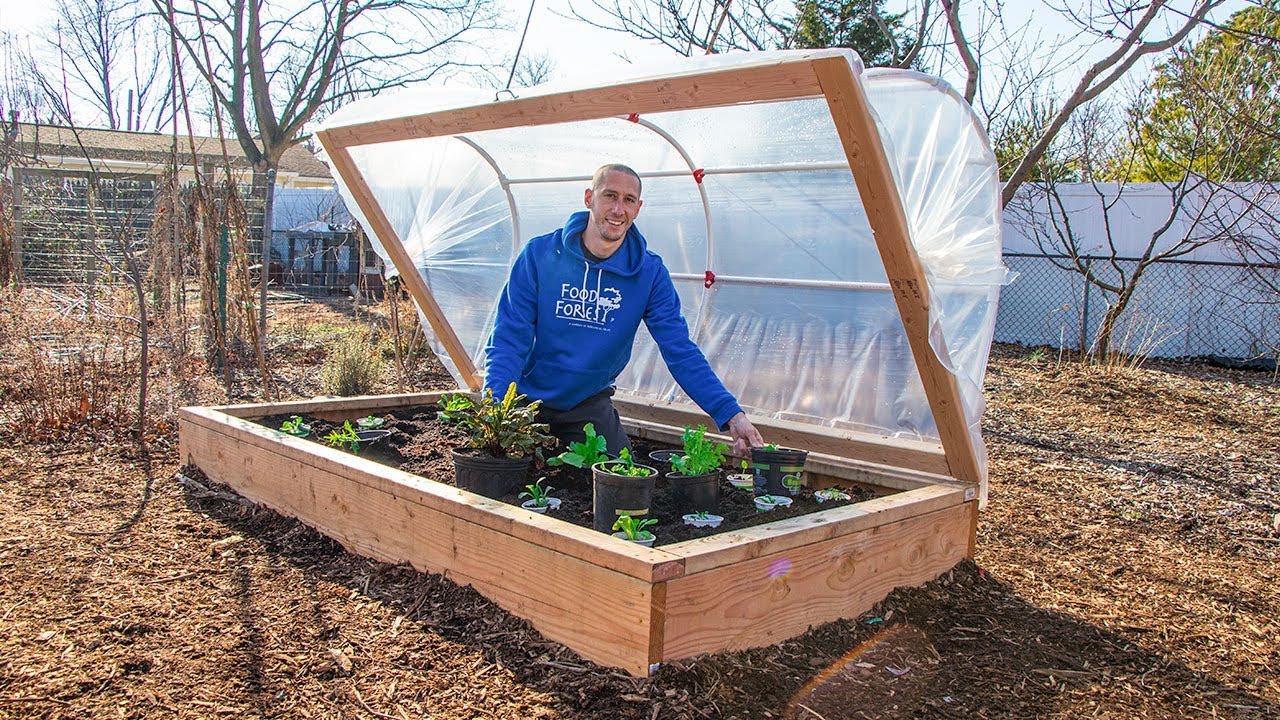 I like how James P does his hinged hoophouse raised bed planter boxes.

The bird netting or plastic or floating row cover… is fixed in place… but the entire top can be raised up (hinged on one side) for harvesting or working the bed.

I did something similar for my raised bed but cheaper. I head formed hoops from 1/2" CPVC and connected them to a PVC box frame that I hinged to the wood using pipe brackets. I made clips from PVC pipe (I cut lengthwise slot in them to allow them to clip over the PVC pipe).

Additionally, cpvc photodegrades drastically faster than pvc, you will likely need to replace it within a few years.