Anyone avoiding the store by growing indoors, covered beds, or a greenhouse?

Anyone growing salad etc. Using hydropincs or growlights inside? We still have turnips outside which are doing great. Some volunteer mustard is still around as well. Covered them with white greenhouse cloth that allows water inside. If it gets real cold i use plastic. My mother is growing parsnips in pots as shown below. Got to admit never grown parsnips in my life. Spinach , lettuce, turnips, mustard andany others can easily be grown even under snow with minimal protection. The new drought is more of a problem but so far its not bad. 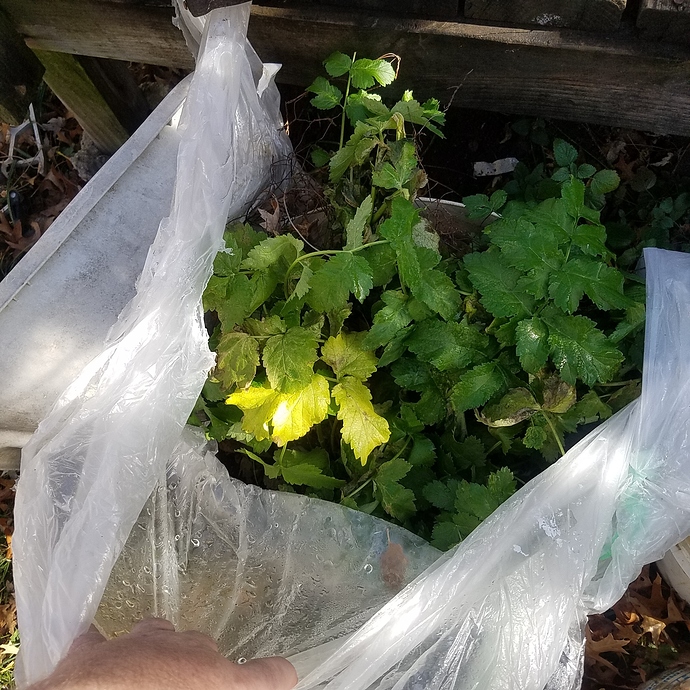 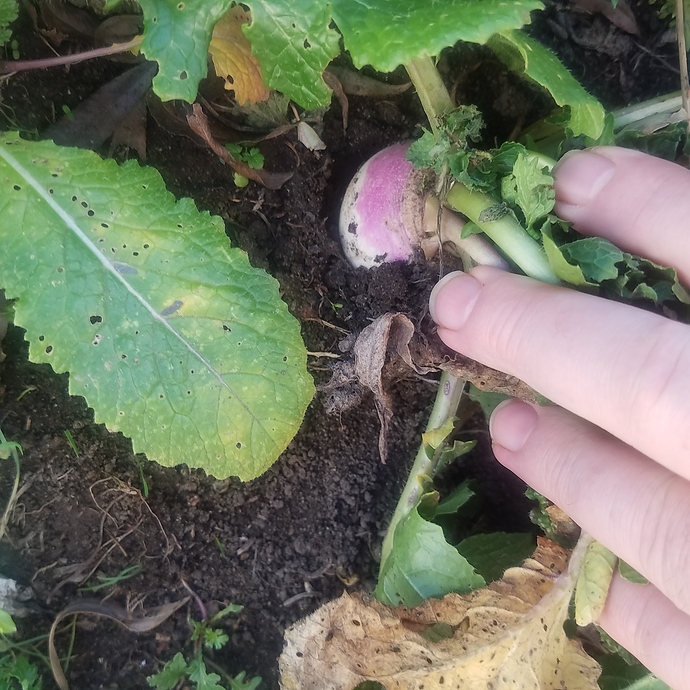 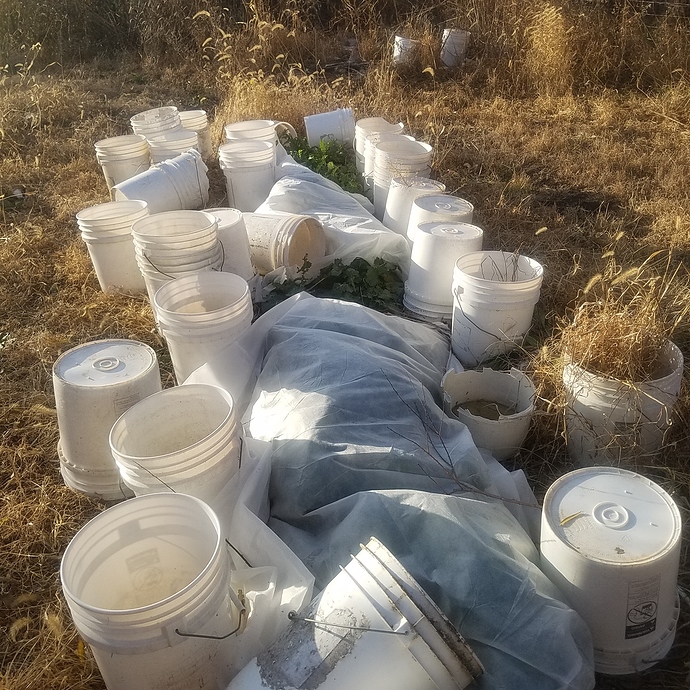 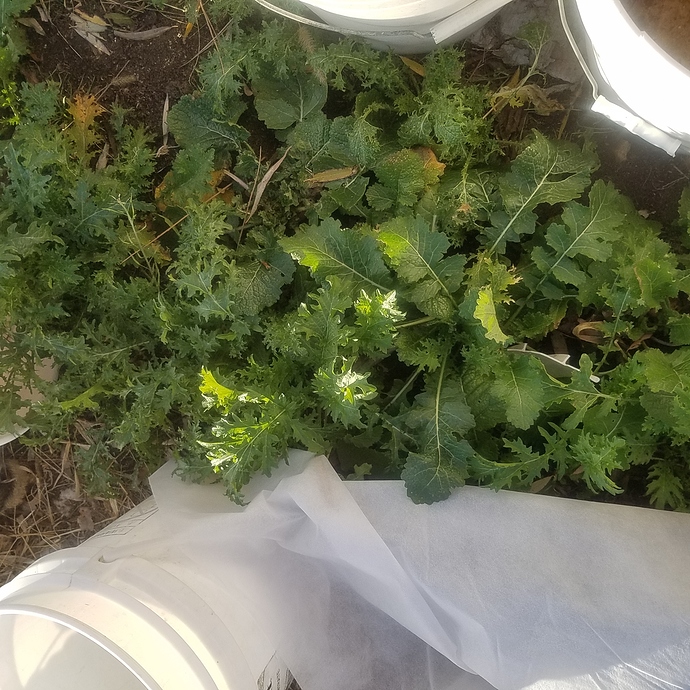 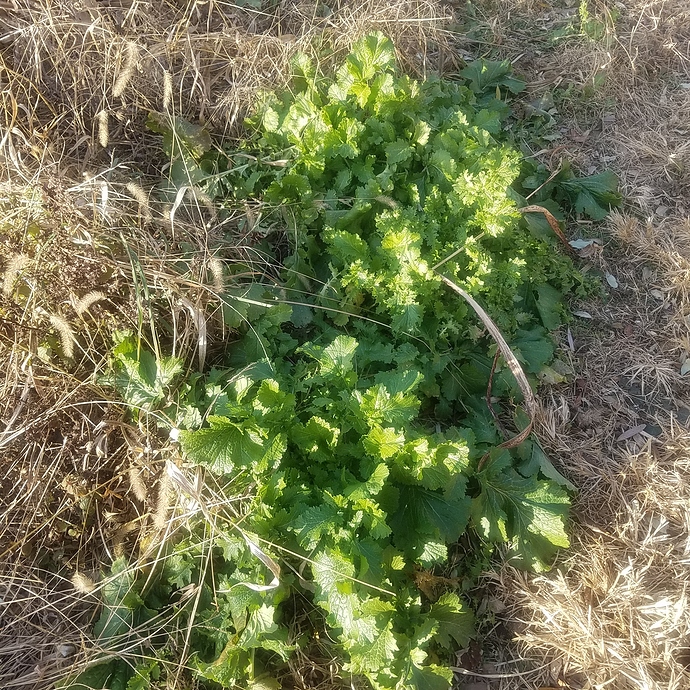 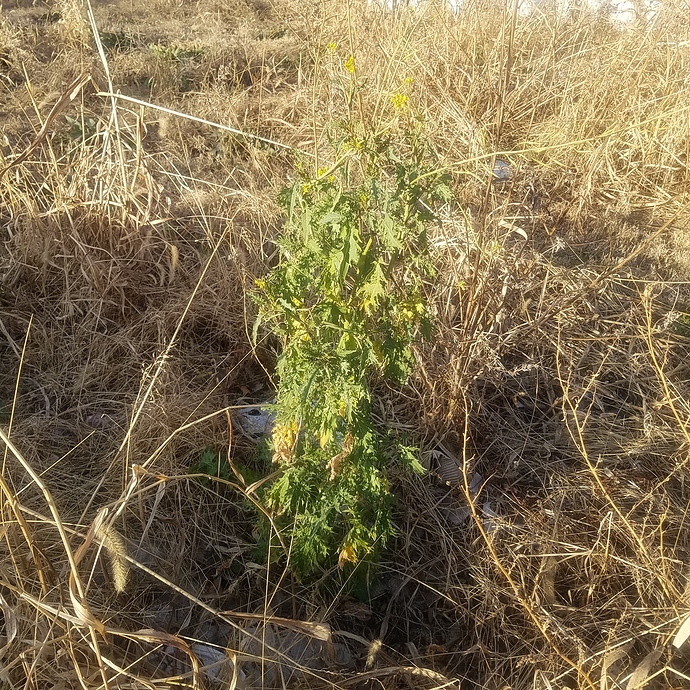 I’m growing germander…mainly because it’s easy to propagate and looks as good in January as it does in July.
(Now, to find a recipe that actually calls for it!)

Mostly foraging for upland cress and dandelion greens…rather than growing them.
The snow and cold this week may put an end to that.

I just harvested mustard today. Not for avoiding the store, just because it grew and others didn’t

Same here, freezer full, 300 or so jars canned, had a huge garden that is mostly gone. We have turnips and rutabagas in the garden plus lettuce in containers. We put 7 or 8 large pepper plants in containers that will have to be brought indoors tomorrow night for temps around 20 degrees F. I am very risk averse when it comes to putting food on the table during a pandemic. I also believe in having enough to help out if someone is doing without.

The garden this year produced sweet corn, chicken feed corn, peppers, watermelons, cucumbers, cantaloupes, squash, peanuts, okra, tomatoes, peppers, beans, more beans, some more beans, and a lot more tomatoes and peppers. We had english peas, lettuce, onions, cabbage for kraut, sweet potatoes, potatoes, winter squash, gourds, and a lot of cowpeas. All in all, it was a productive garden that fed us a lot of meals and put many more up for winter. We have about 30 chickens plus 30 or so young chicks and more eggs hatching in the incubator. We are already planning next year’s garden with intent to make it about 30% larger. Next year we should be tending 1/2 acre or a tad more.

Did we avoid the store entirely? No, we still wind up at a store about 2 times per month.

I just built a cold frame with some scrap wood lying around my garage. 7 square feet of interior space won’t produce enough greens to avoid the store but it should give me fresh parsley through the winter along with a few salads along the way. 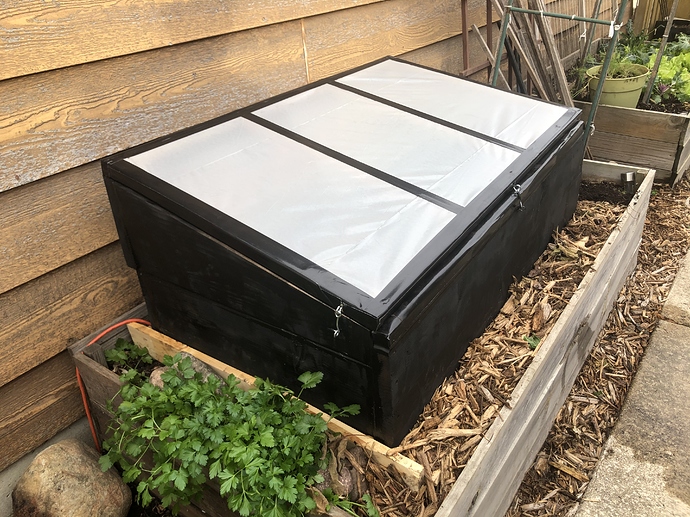 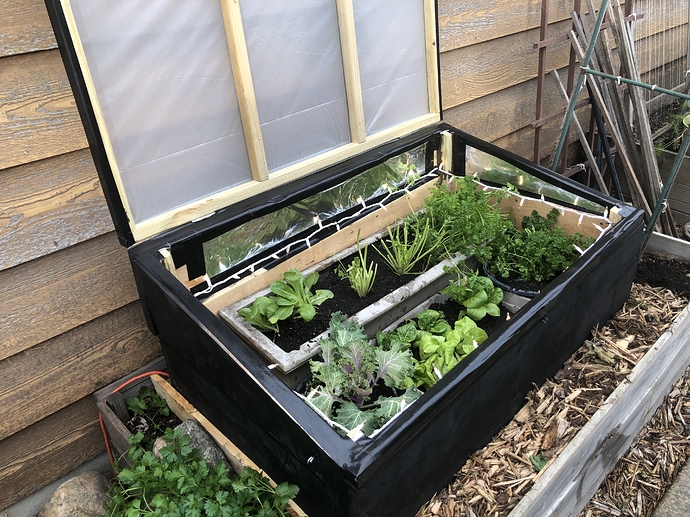 Got the Aerogarden going with miniature lettuce.

The backbone for 14 salads every six weeks over a ten day harvest window if I’m diligent. (Truchas, Dragoon, Breen). Not self sufficiency, but I’ll take it.

Have “Carmen” pepper (Thanks Harvestman) and basil growing in a sunny window. Arugula in a moveable container outside that will have to be brought inside temporarily tomorrow. Collards that should survive until the first really cold night.