This year in the nursery I was surprised at how my 1-year bench grafts of Swaar, O.F. Limbertwig, and Fall Russet grew to 5’ well-feathered trees with a near 1” trunk diameter. All on M111 rootstock. Has anyone else observed unusually balanced growth and vigor in these varieties?

Other vigorous varieties that I’m growing in the nursery may have reached 5ft tall by year’s end, but compared to the aforementioned varieties, the trees’ trunk diameter is much smaller and root system weaker, with little/no side branching.

Is anyone else growing an apple variety that has these rare attributes of being incredibly vigorous but balanced, especially in the nursery?

Even though it’s a bad picture, I think you can still see the ‘Swaar’ tree in the middle of the nursery, much thicker/bigger than the others with 10 feathers: 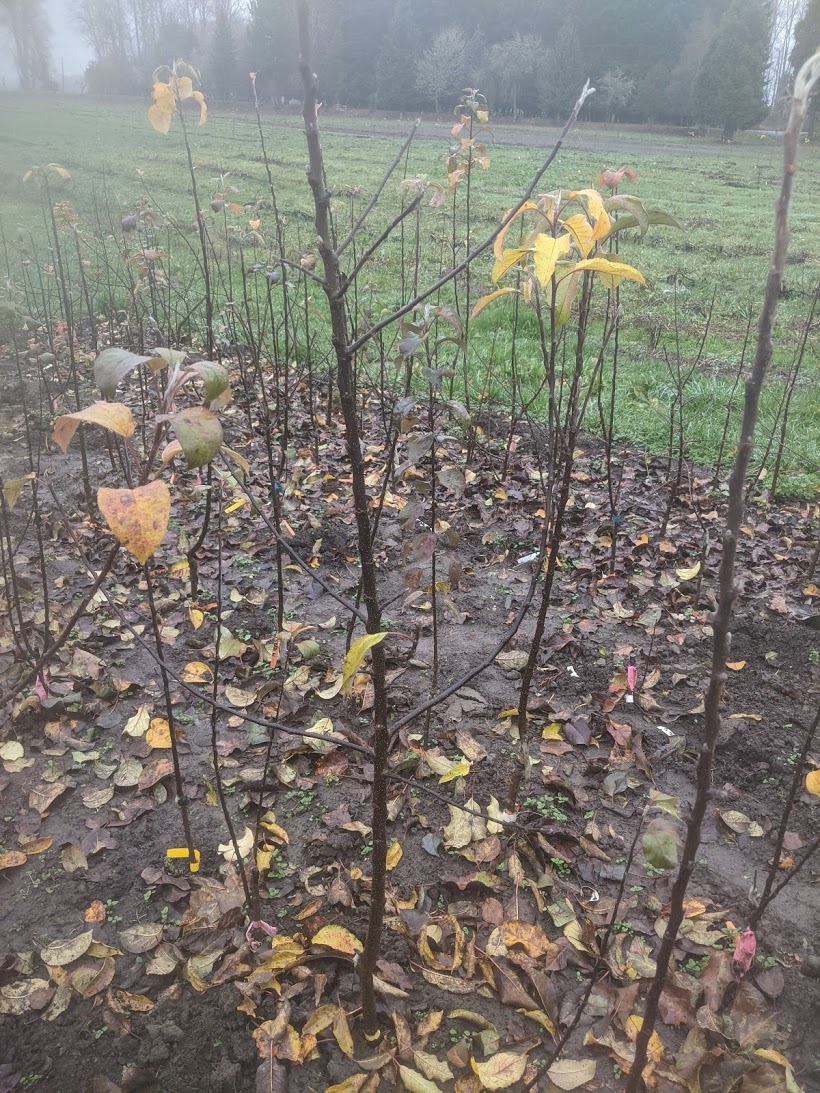 Interesting. Fall Russet has grown very well for me as well, though not as well as you’re describing (but mine is on G41, not M111).