While focused mostly on berry crops, I also included some Apple scions on my last GRIN order. Anna, Dorsett Golden, and Ein Shemer. I hope they’re all diploid, my intent is to breed apples for the tropics (maybe make my other project a literal “J. Appleseed” project).

I have no rootstocks, and I said so in the order. I know apples can be grown by cuttings, and the YouTube videos mention greater success with summer budwood than dormant winter wood. Any further advice on rooting apple cuttings? Should I seek out sand instead of soil for greater success?

My idea, so far, is to wrap 'em in grafting tape to keep them moist, and score the bottom portion a bit, near the bud, to promote rooting (with hormone).

They say there’s a 10 variety limit… Are there any other diploid varieties you guys recommend (from ARS GRIN) for no-chill trials? I’ve seen some of Skill-cult’s material, and I’m intrigued by the notion of strongly pigmented flesh and novel flavors (like berry or “tropical” flavors).

See Kuffle Creek Nursery website for their many years of no-chill or low chill trial results. They found a long list of varieties that work. From what I hear apples are a bear to get to root from cuttings.

Yes @applenut has been doing an excellent work trialing many varieties.

Save yourself some time, regular high-chill apples grow just fine in the tropics. They take a few years longer than super-low-chill varieties to start bearing, but produce excellent fruit in zero-chilling conditions. You have to practice Tropic Apple Culture, but this is still easier than a breeding program that probably won’t produce anything better than what we have now. An apple variety’s chilling-hour rating does not always correspond with how well it will respond to Tropic Apple Culture.

Regarding rooting cuttings, you’re better off starting rootstocks from apple seeds. I’ve had zero success rooting cuttings despite bottom heat, hormones, and all the rest of the regular methods. 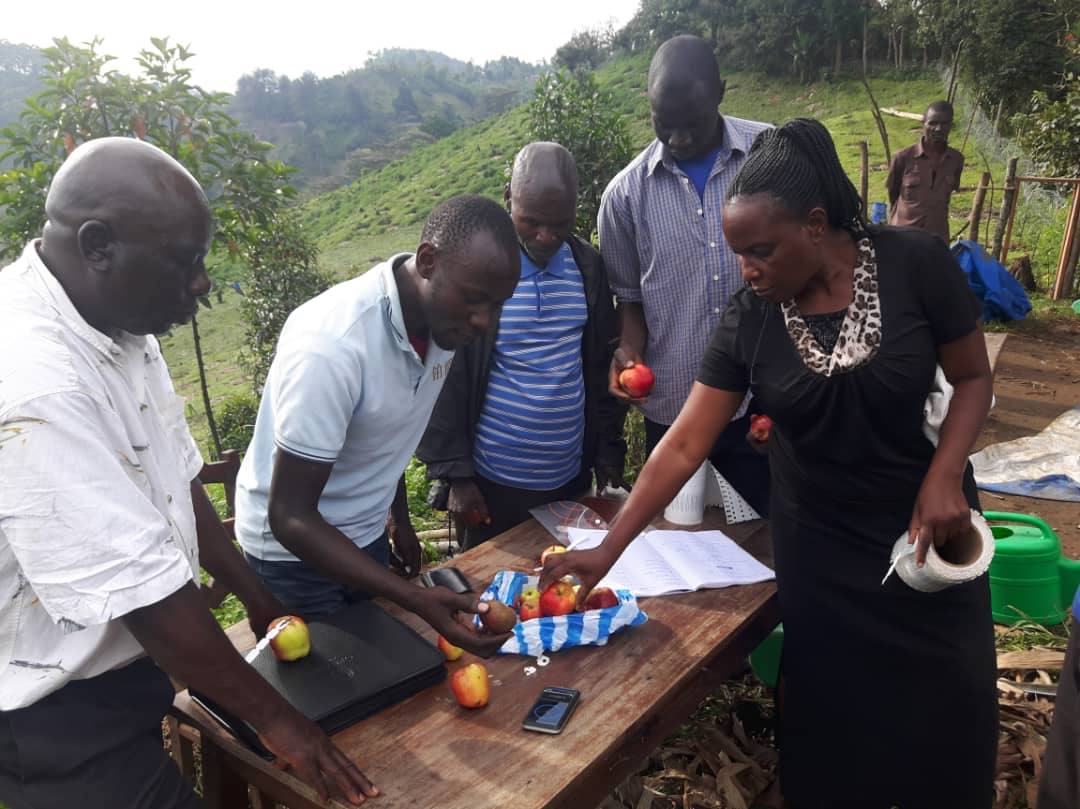 Another problem with cuttings is you will have trees taking up to 10 years to fruit… then you get seeds and plant and wait another 10 years. So your first “new” fruit are 20 years from now…

I would instead order some dwarf rootstocks right now, bench graft to them, look for fruit in 3 years, grow out the seeds for 2 years, then graft those to other dwarfing stocks til they fruit in 3 years. That is a total time of 8 years vs 20 years.

An alternative would be to graft multiple varieties of scionwood to an existing apple tree…if you have no rootstocks and are unable to obtain any.

Thanks for the link & the reference, that’s gold!

I absolutely agree with everyone that grafting is my best chance of success… But it’s not really an immediate option for me (no trees near me, no rootstocks, no actual budget).

I had intended to take on this project further down the road when I was better prepared, but I went ahead with it now because I saw the Scions on GRIN and I saw several videos on rooting apple cuttings on YouTube (with one of them showing progress). But I guess the process is not as easy as I thought it was.

Should I cancel the apple portion of my GRIN order, or should I go ahead and experiment with it anyway? Since there’s several cuttings per variety, I could trial several different techniques, to see if there’s a more reliable way to root cuttings. I could document the failures (or, God willing, the successes) here, in detail, for others inquiring on the subject. Or I could sow seeds from a store-bought apple and hope they’ll be big enough to graft onto before the scions arrive (the seeds seem like a winning strategy, but they’d probably be ready for scions next year instead of now). I could put off the project for another year. I’ll look into the dwarfing rootstocks, that 8-year plan is much more appealing than waiting 20 years (not to mention further waiting for subsequent generations). ¿Could I get similar timeframes for random seed-grown rootstocks?

I’m very glad to hear high-chill apples can grow and bear in the tropics (this opens up my options considerably). Maybe I should forgo named varieties altogether and just sow store-bought seeds? I wasn’t really intending to improve upon the apple for a commercial setting, I just wanted to make a casual, diverse landrace that could handle the tropics with minimal care. Something that could bring out the diversity of flavor in the apple, without having them all turn out as sour crabs. I don’t mind small apples (unless the core is an issue at that size), but they should be tasty.

I also wanted to try for some intergeneric hybrids with Tejocote and other Hawthorns, Medlar, and Quince. This was actually my main goal, though the landrace should be an easier project. A cross with Serviceberries might yield some interestingly-flavored hybrids, but the ploidy level for that genus is all over the place.