Here’s a picture of goldrush on g30, chip budded. The tree looks good except for this. I don’t think its collar rot because the rootstock looks good below the problem area. I’d appreciate any thoughts. 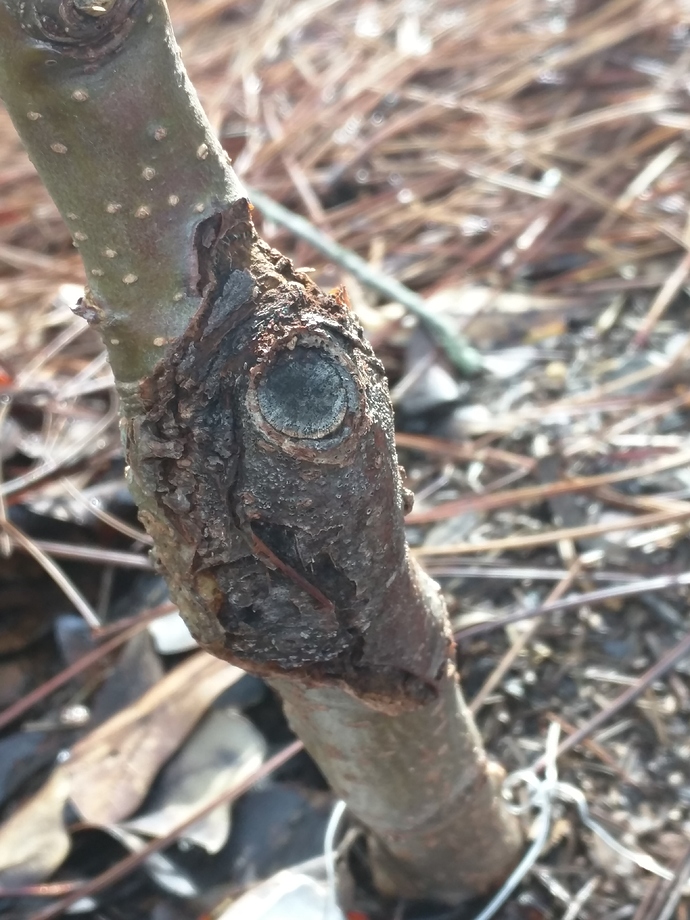 It is difficult to determine the damage. If it were my tree I would carefully remove what appears to be dead wood in the outer circle. My guess is that this is just a natural die back from the stub remaining on the scion. Hopefully the opposite side is healing properly. If the graft is compatible it should heal over on it’s on but if the excess is removed the process will be faster. I would also spray with a neem/water mixture when finished. If you remove the dead wood I would also make sure that the damage is not from a borer. Of course it could just be an incompatibility issue. This is just a few ideas to consider. Bill 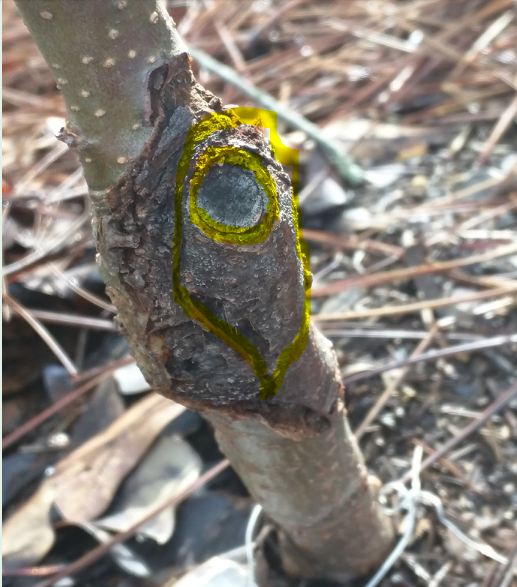 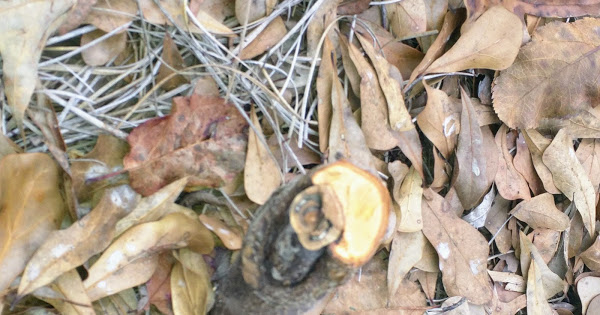 We had a freak snowstorm, and the tree snapped right at this problem area. i should have knocked the snow off the leaves or supported the tree.

The damage looks like “bot rot”, a fungal bark canker disease. Drought stressed trees are more susceptible, and I have one tree at my place that got hit. It can also infect cold damaged areas of the bark, graft unions may be more tender, as are crotch junctures.

Scaly bark in year one, sunken areas with dead wood underneath year 2. 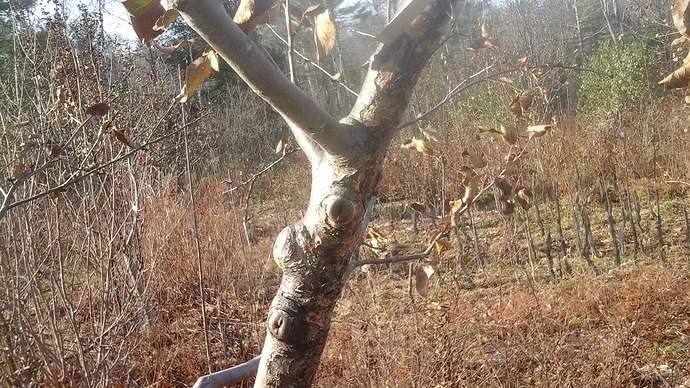