Here’s a couple of pictures of my chip budded unknown local heirloom on G30 rootstock. Third leaf graft, fourth year for the rootstock in the ground. Has set a decent crop this year. 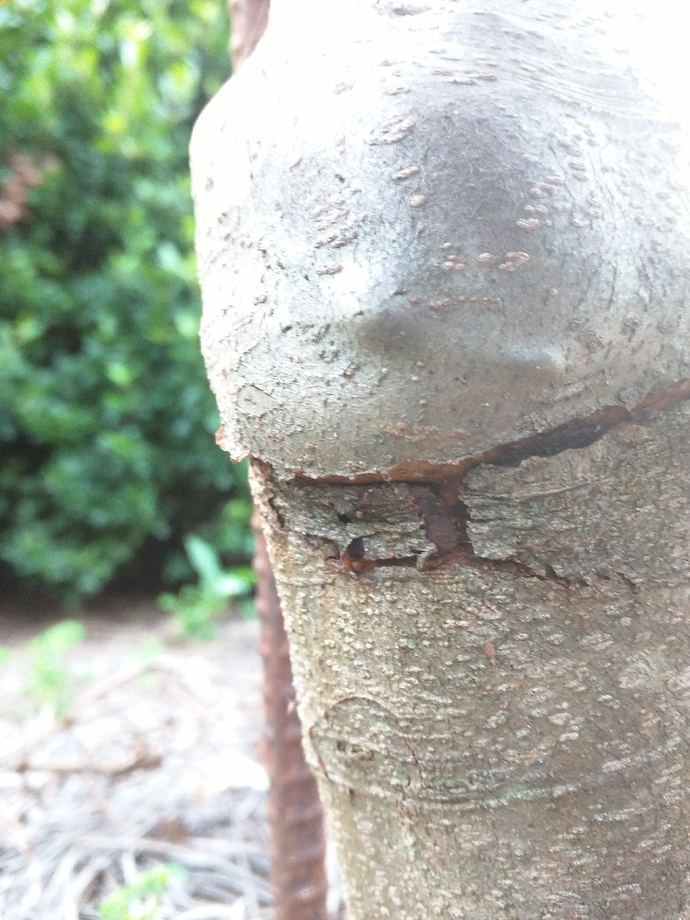 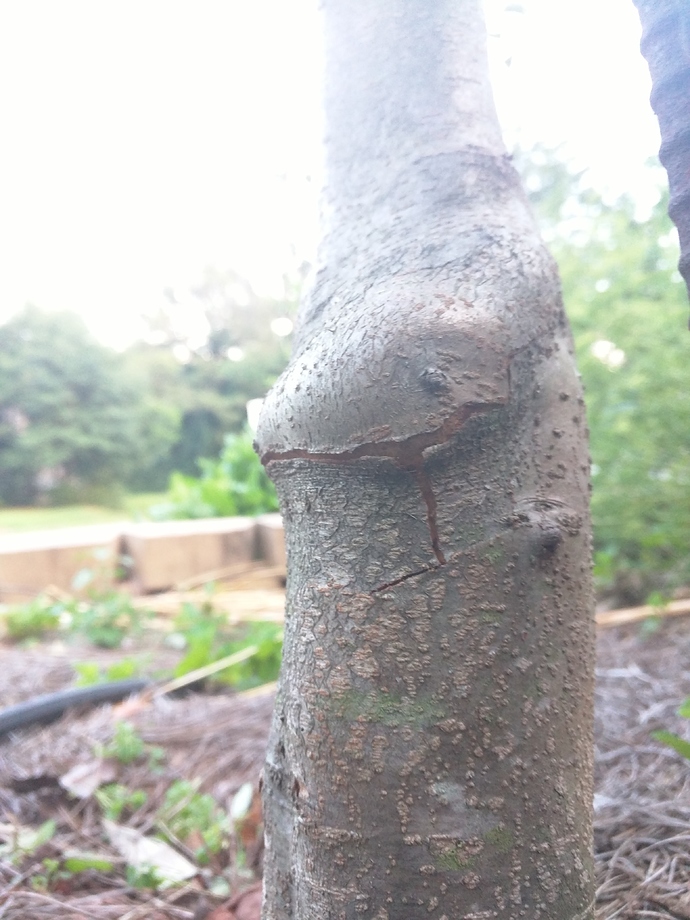 The bark is split about 75% around. The tree is staked, but we had 50 mile an hour winds a couple of weeks ago, and I noticed it a couple of days later.

It might be incompatibility but I’m wondering if this is a case where the trunk is just outgrowing the bark. Can you tell if the bark and cambium are broken. If it is incompatibility the tree has a chance to survive with a few bridge grafts assuming it is a tree you want to save. Some of the others might have seen this happen enough to verify incompatibility. Good Luck, Bill

I suspect that’s just the outer layer of bark that’s cracked. I close inspection should confirm. Bark cracks like that on many species as a regular occurrence. If not all trees would have smooth bark.

@fruitnut and @Auburn thank you for replying, I hope both of you are right that the cambium is good. Bill I can’t think of any reason this would be incompatible. It looks deeper than the outer layer of bark, but my vision isn’t great and I basically have to put my head on the ground to see anything. If it wasn’t right at the graft union, and wasn’t on G30, I wouldn’t be so worried.