This year apple grafts I did from 3-4 years ago have set fruit.

I would like to create this thread for us to post apple pics from our backyard orchards. I have several this year. 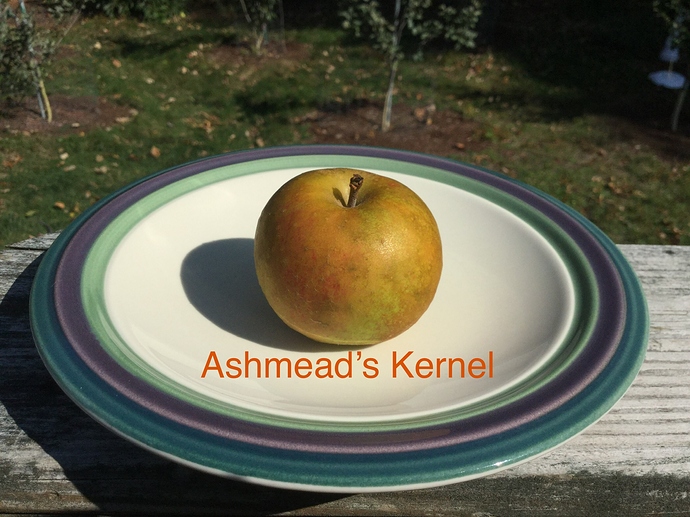 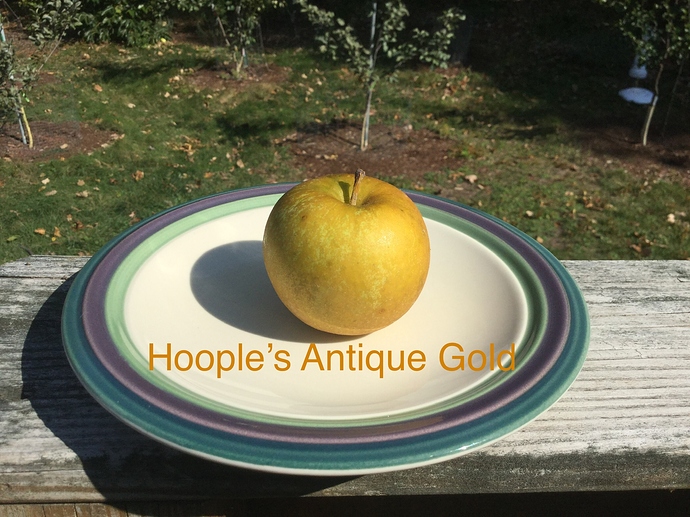 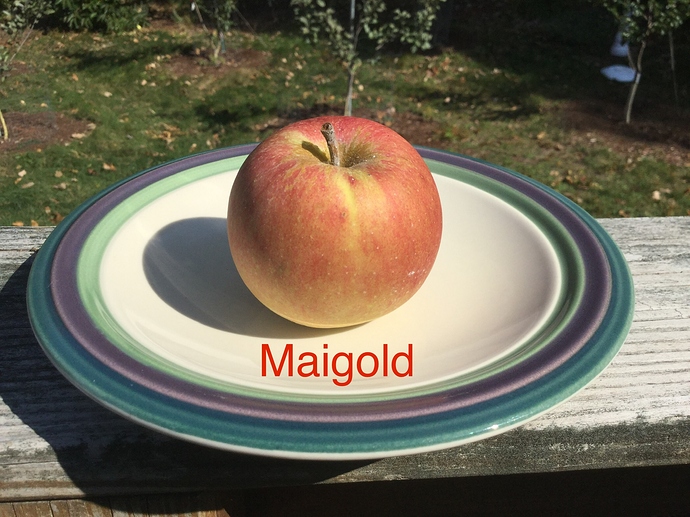 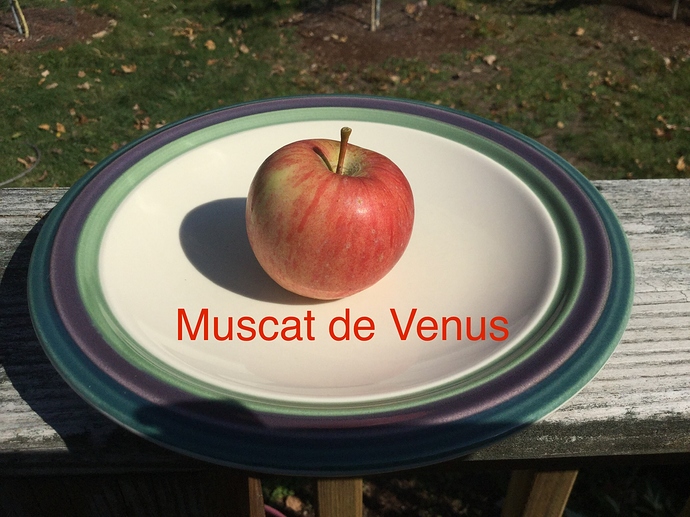 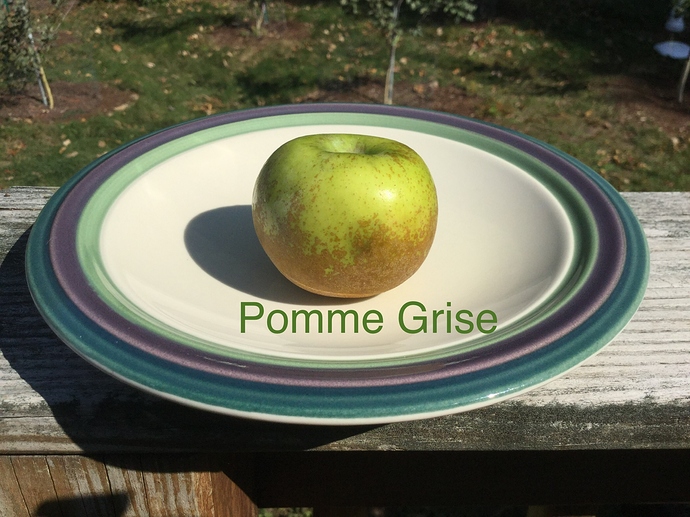 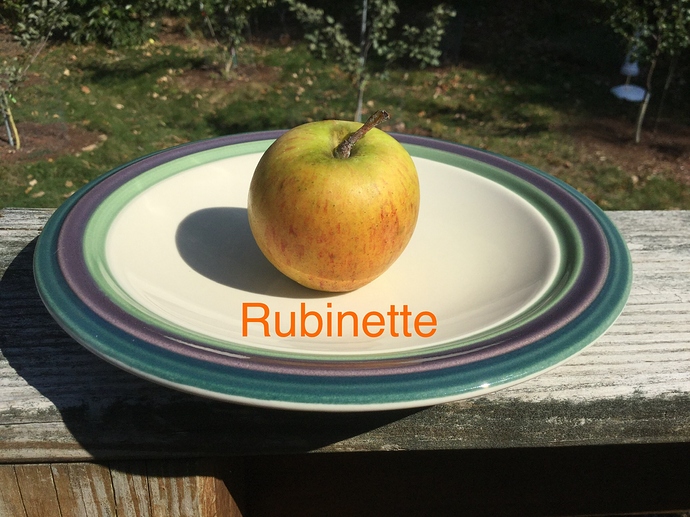 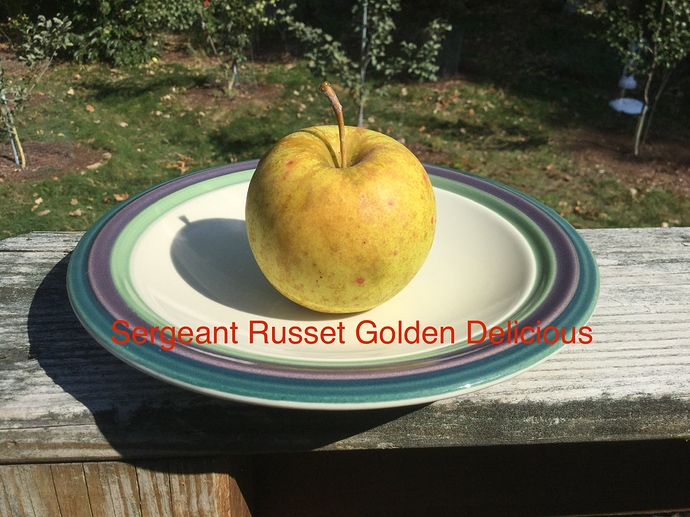 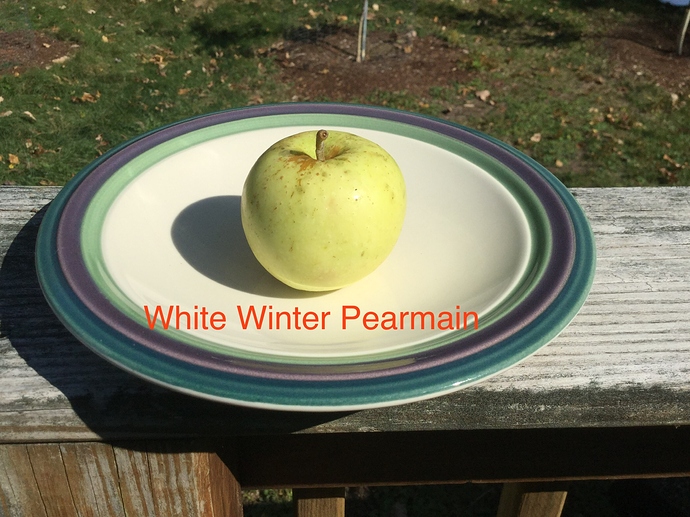 I have no experience with most of these apples but they look like they would be excellent. Most of all I like the pictures clearly showing the apple and the fruit trees in the background. Impressive.

I would be interested to hear your opinion on those varieties. The only one I have tasted is the Ashmead’s. It is one of my favorites. 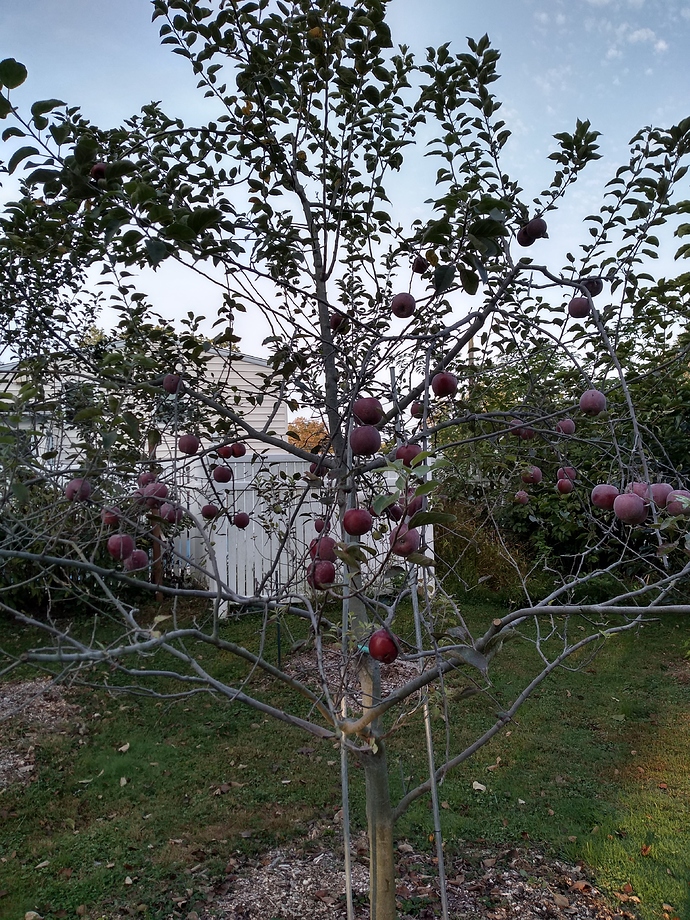 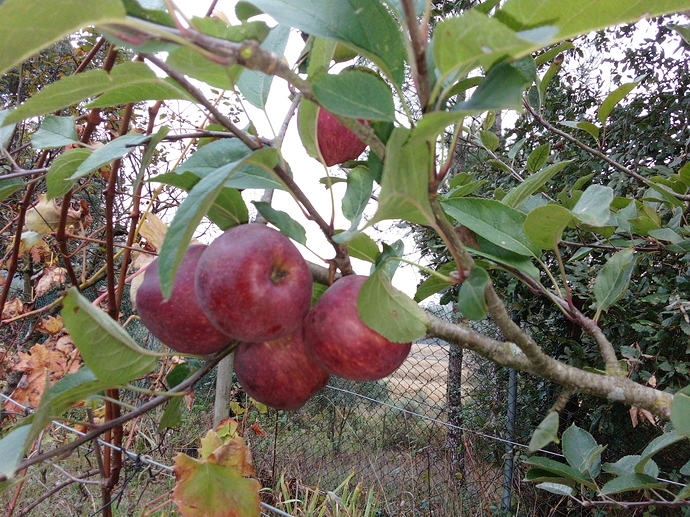 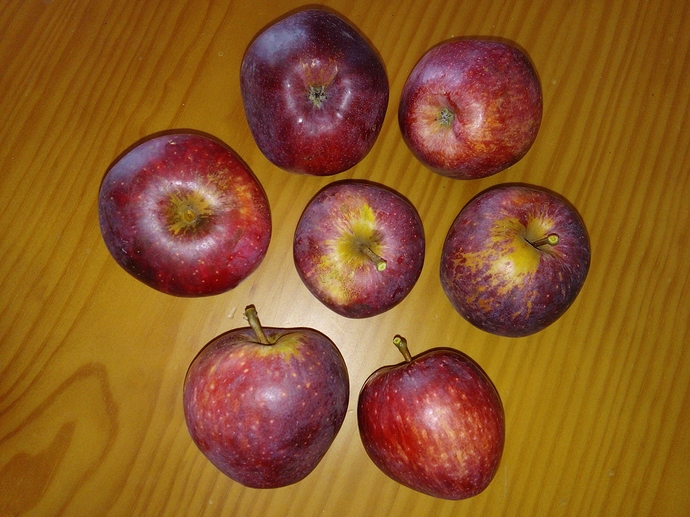 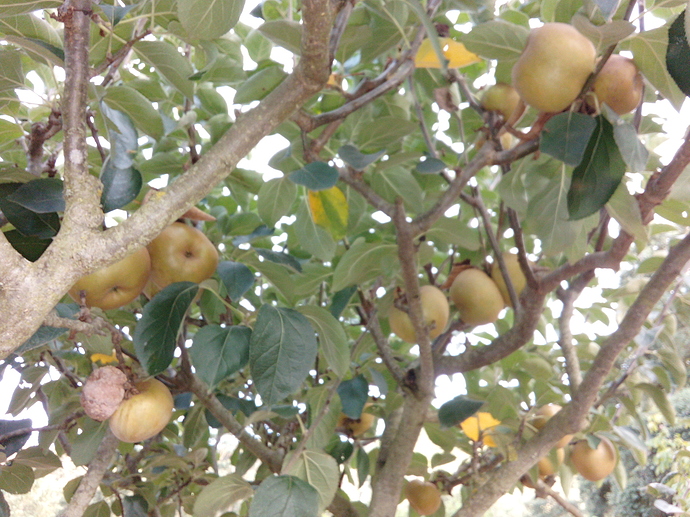 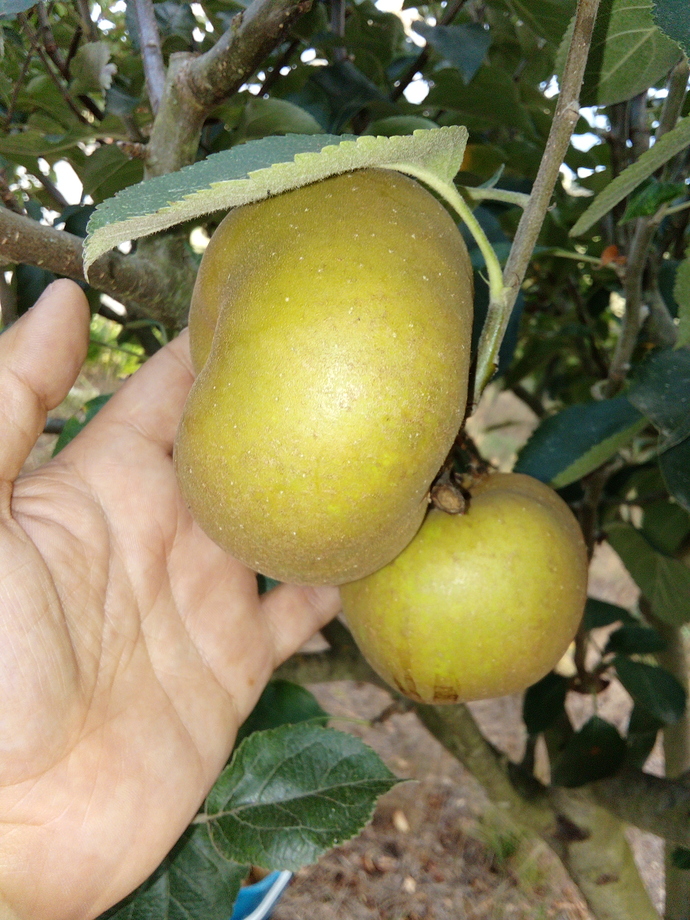 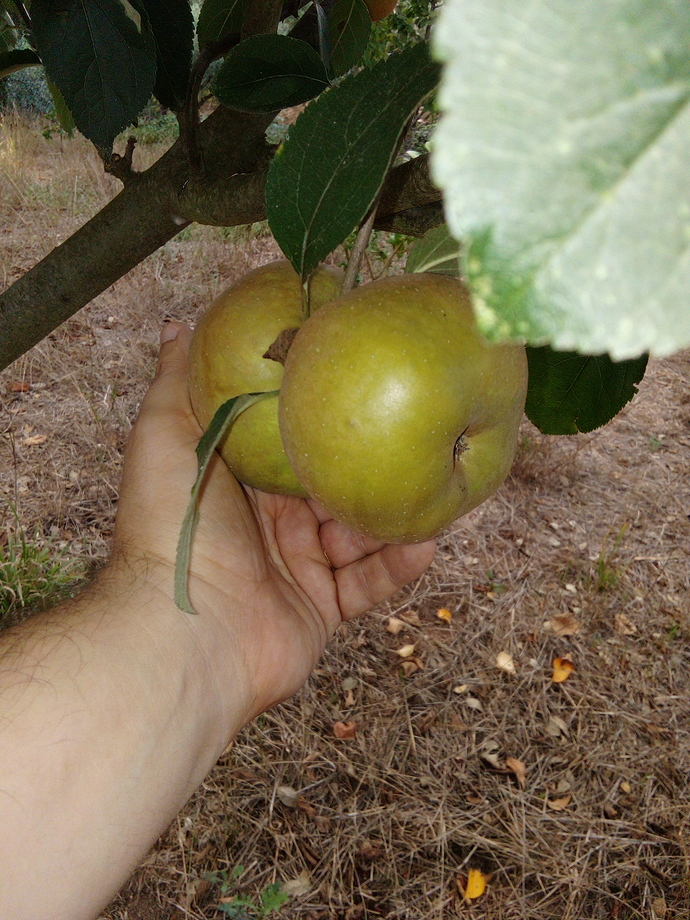 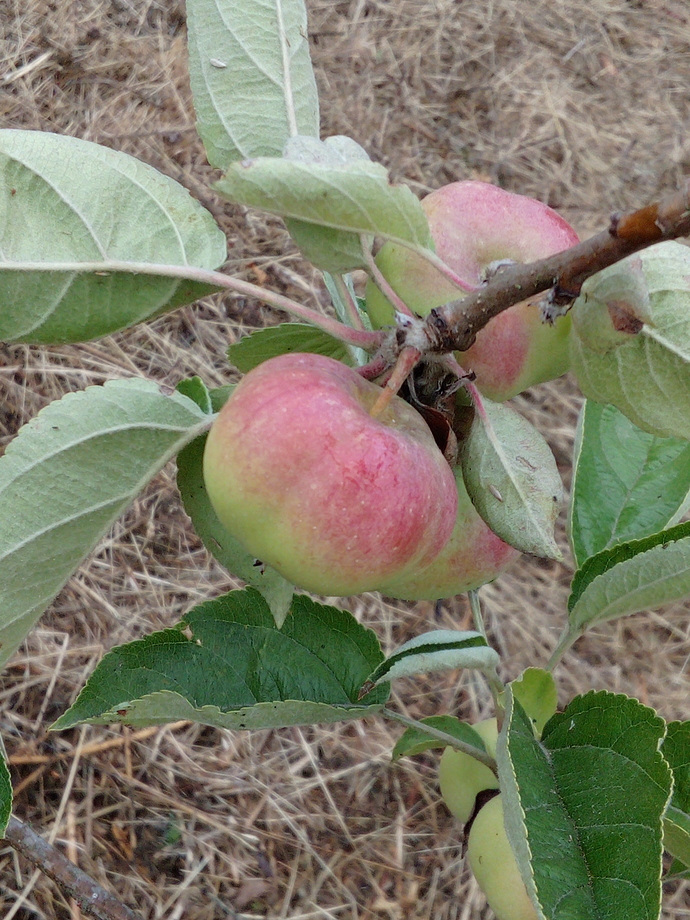 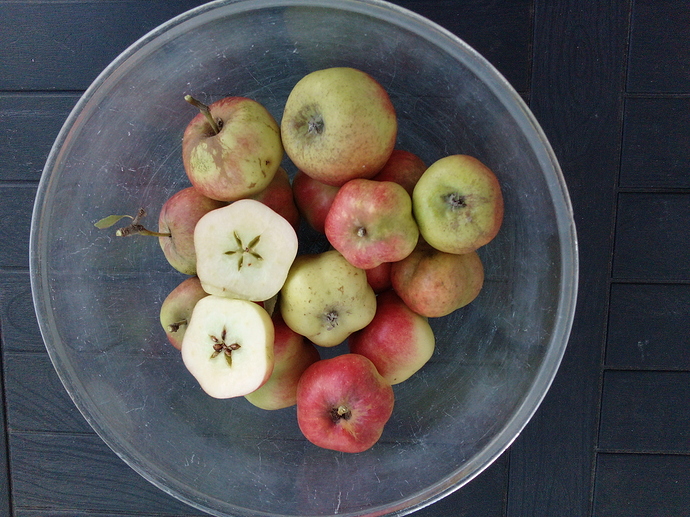 Those who will taste them are mostly non-orchardists and are not familiar with these heirloom varieties. I am interested to find out what general population’s opinions will be. 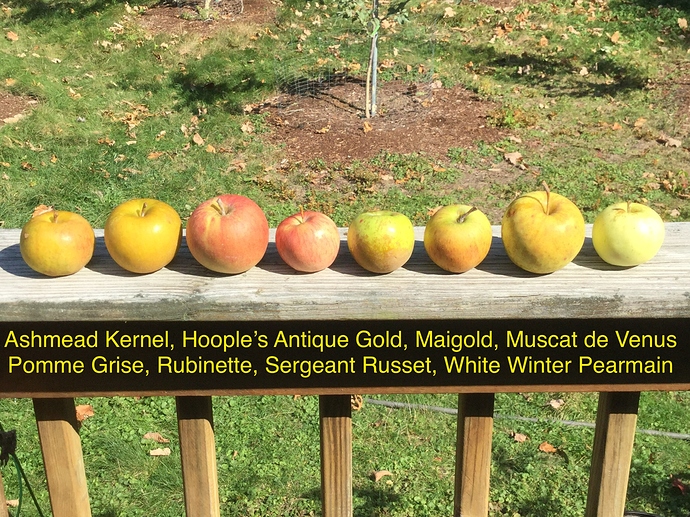 Stayman or Stayman’s Winesap as some call it. 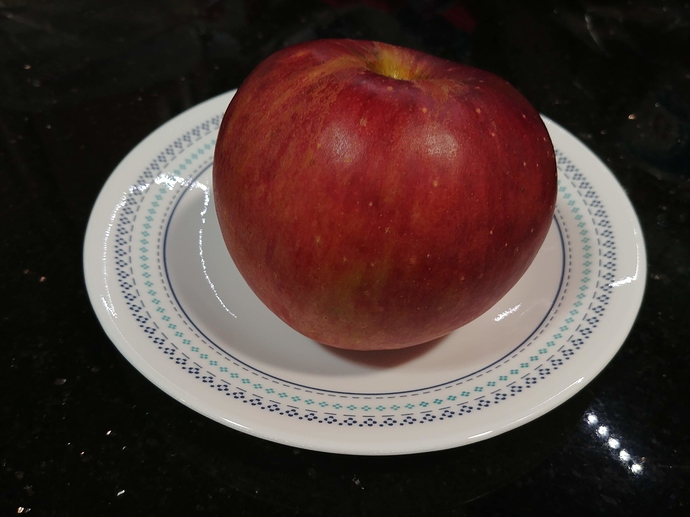 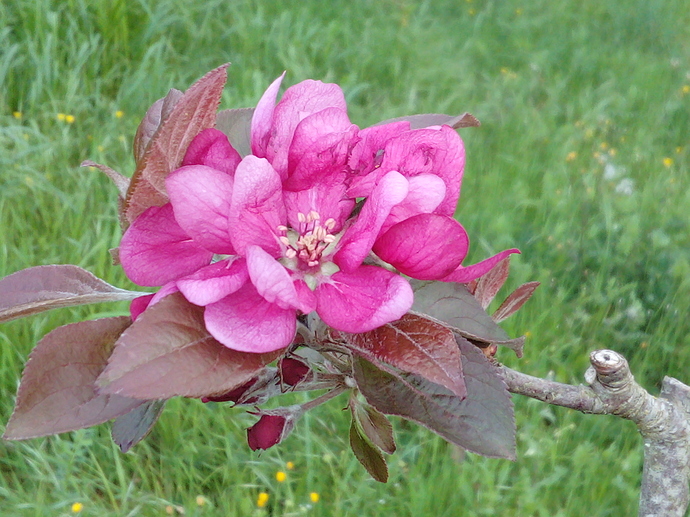 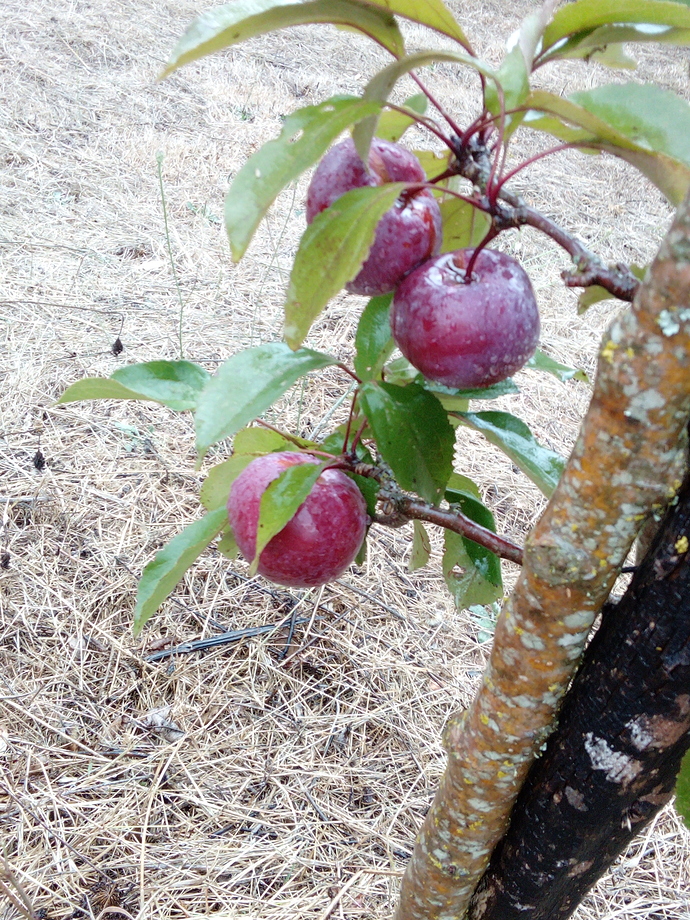 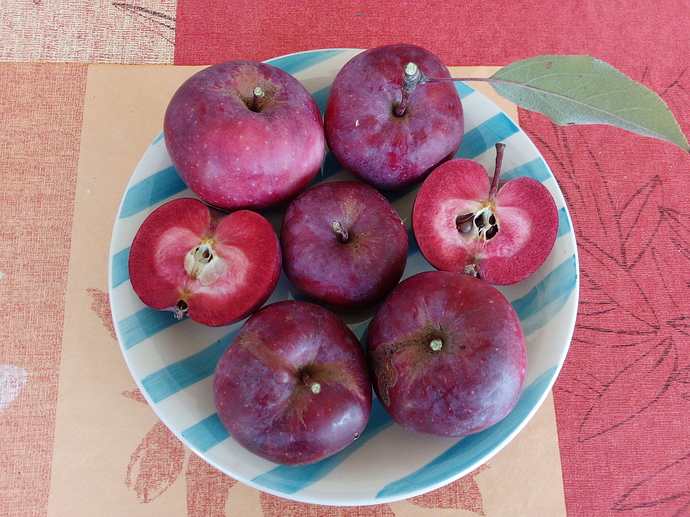 10 people at the gathering but only nine participated. 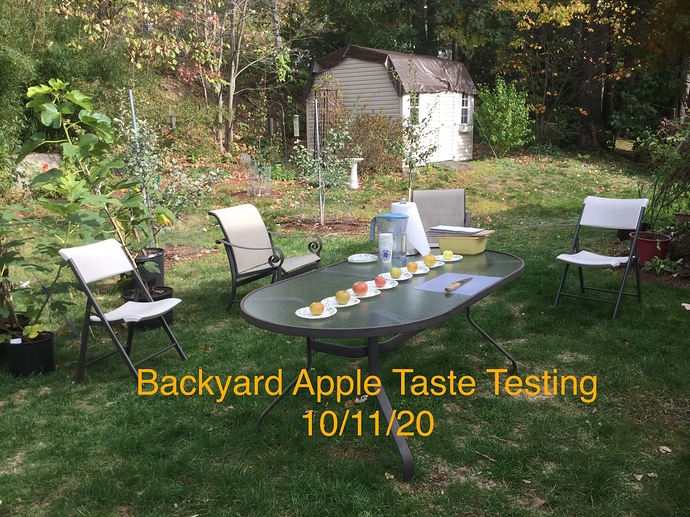 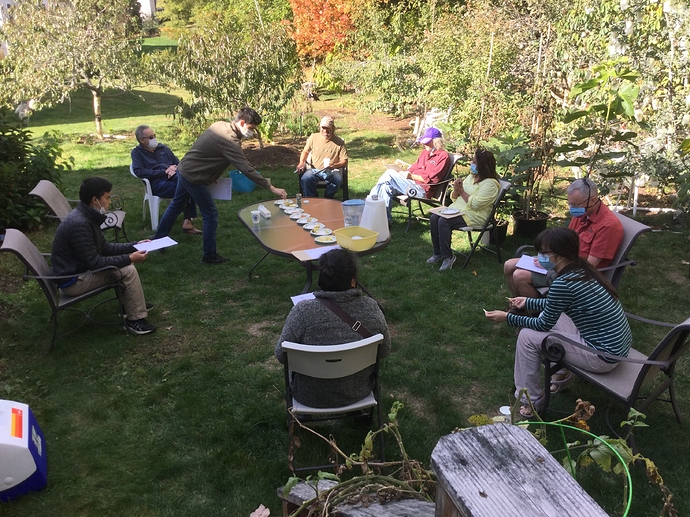 The clear winner was Ashmead Kernel by a wide margin. However, some wondered whether AK being the first apple tasted (served in alphabetical order) gave it an advantage.

From the scores, people either liked Maigold and White Winter Pearmain or disliked them.

The recurring comments of what constituted outstanding apples were a good balance of sweet and sour taste and some crunchiness.

@mamuang do you happen to know if ashmeads is a triploid? I see conflicting info online. I’m looking for a companion tree for my gold rush.

Here is my answer.

I grafted Ashmead’s Kernel on a multi grafted tree. The tree has at least 10 varieties grafted on it. Still, I had only one flower cluster bloomed and set fruit. Somehow, only one fruit survived to maturity.

Triploid or not, it is difficult to pollinate this variety.

Can you please describe the taste, brix and if possible compare it to Fuji (even store boughT Fuji would help)?

I asked the partcipants to describe the taste in details as much as they could. They did not comply

Also, it was the only AK I had this year. I do not have an extra to try it again. When I bit into it, I could taste sweetness first and followed by some tartness, not too much but enough to make the taste feel balance. The crunch is a prefered texture for me. I did detect apple aroma.

The one I had was on a small size, not fully russet. I definitely am hapoy with its overall performance.

All of the apples tasted dropped, not picked. However, some may dropped due to wind gust, animal, etc. Not everyone of them as fully ripened. When ripened well, I believe all will be very good to excellent.

I have a Fuji tree so I have had tree ripened Fuji. Fuji’s sweetness stands out. The crunch and sweetness are its hallmark. Tartness is not always detected. I like sweet apples. I have Fuji and Honey Crisp trees and like them both.

However, when you eat those heirloom apples like Ashmead’s, Hoople’s Antique Gold, Pomme Grise, Rubinette, etc, they are more balanced and often have pleasing aroma in them. Hard to describe.

What a fun way to get together in this pandemic time…Brilliant idea!