Can anyone help identify this disease on my newly planted Ambrosia apple tree. It was fine up until a few weeks ago 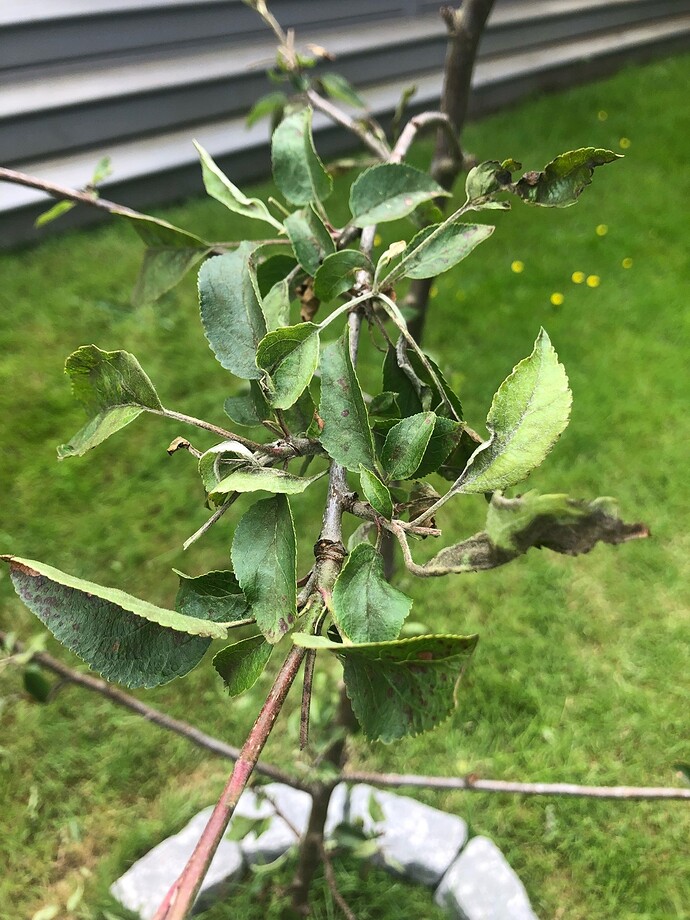 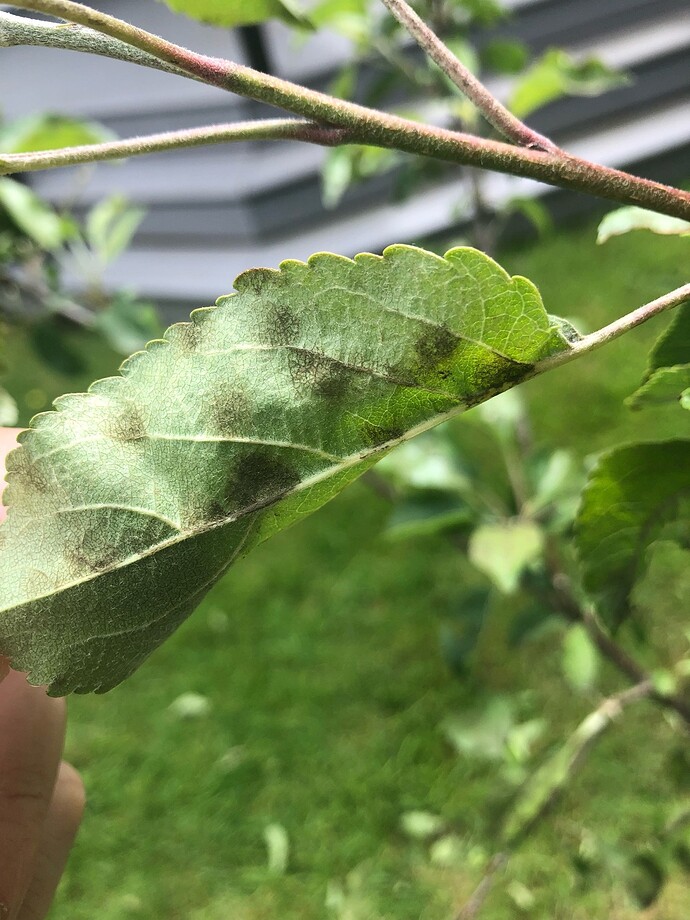 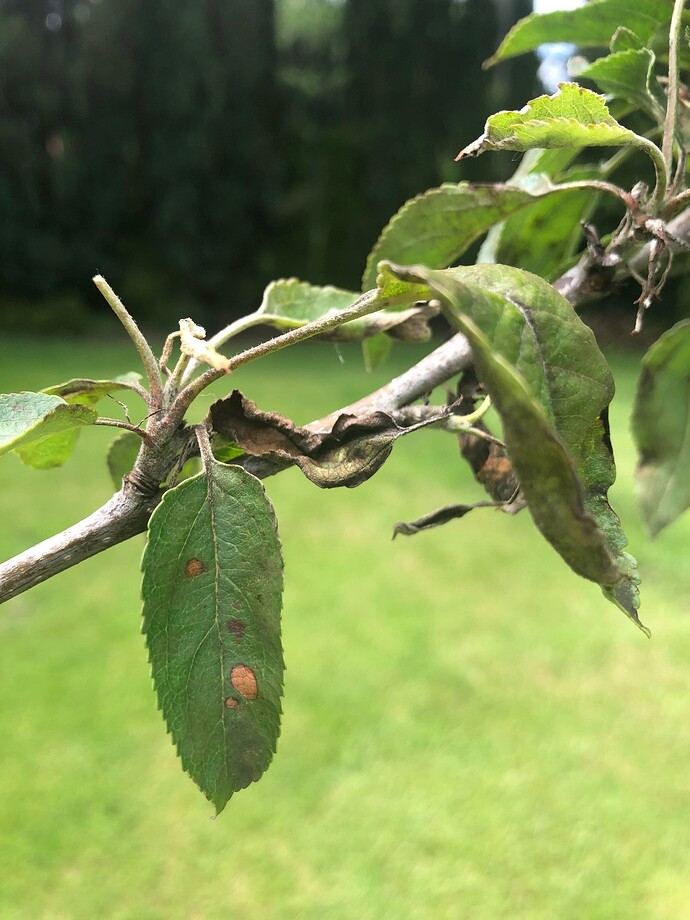 Welcome to the forum. My guess is it is infected by apple scab. Ambrosia is highly susceptible to scab.

Don’t despair @Adella, my Ambrosia is growing great after an initial spray and removal of the most affected leaves. I love a good Ambrosia apple too! I have several grafts and they are among my most vigorous growers. I had several grafts that fruited at only the second year. I’m hoping to have a small harvest next year for the first time as they are allowed to mature.

What spray did you use?

Spray every year before flowering and after petal drop to avoid scab.

It’s the most widespread disease in all countries where apples are grown. It is encountered in all fruit-growing areas and is considered to be one of the most harmful apple diseases which is responsible for massive losses in crop’s quantity and quality.

The disease infests the entire apple tree young body parts (leaves, flower’s sepals, fruits and young branches). In the first stages of infestation, more or less circular stains are observed on the leaves, with an imprecisely delimited outline, of a grey color.

The stains’ color is given by the fungus’ mycelium, which develops radially under the cuticle, around the infestation outbreak. Later on, upon the formation of the asexual part, the stains get a brown-olive color and a velvety aspect.

The flowers’ infestation, infestations of sepals particularly, is similar with the leaves’ infestation. The fruit’s infestation occurs when they are young and lasts until maturity. Grey-olive stains can be seen on the fruits, alongside which the tissues become suberized and crack. The young fruits strongly deform and the their mesocarp is tasteless. Frequently, the cracks on the fruits constitute gateways for Monilinia fructigena spores and also for other fungus which destroy entirely the fruit’s pulp.

Similar stains to the ones on the fruits occur on young branches. The fungus is responsible for a light exfoliation on the branches’ surface, and under the infested tissue, a suber layer is formed which separates the healthy part from the infested one.

The disease is favored by excess moisture in the form of plentiful rains or by the water vapors saturated atmosphere.

It is recommended to gather, burn and to plough deeply during autumn in order to diminish the infestation source, to cut and burn the branches affected by apple scab, and to grow resilient apple varieties.

Awesome thanks for the info Jack!

Where is Westland 123, please?

Knowing the location including province, county, region and/or country is important for those who will give you advice to know what your disease and pests could be.

Are the folded leaves a sign of scab? I have some otherwise green leaves on one tree all folded like this

Whoops, I’m in Vancouver BC Canada.

Not the folded leaves. It was the dark spots on leaves, symptoms of scab.

My potted Laxton’s Fortune Apple tree has a sickly branch 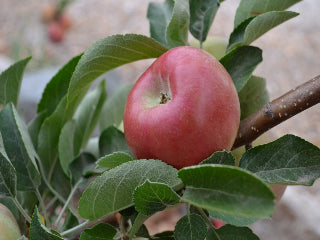 The Laxtons Fortune apple tree is a  Cox's Orange Pippin cross developed in England by the Laxton brothers: renowned breeders and nurserymen in the 1900's, England. Laxton's Fortune apple is a medium size fruit with rich red flush or stripes...

Move to a new location? 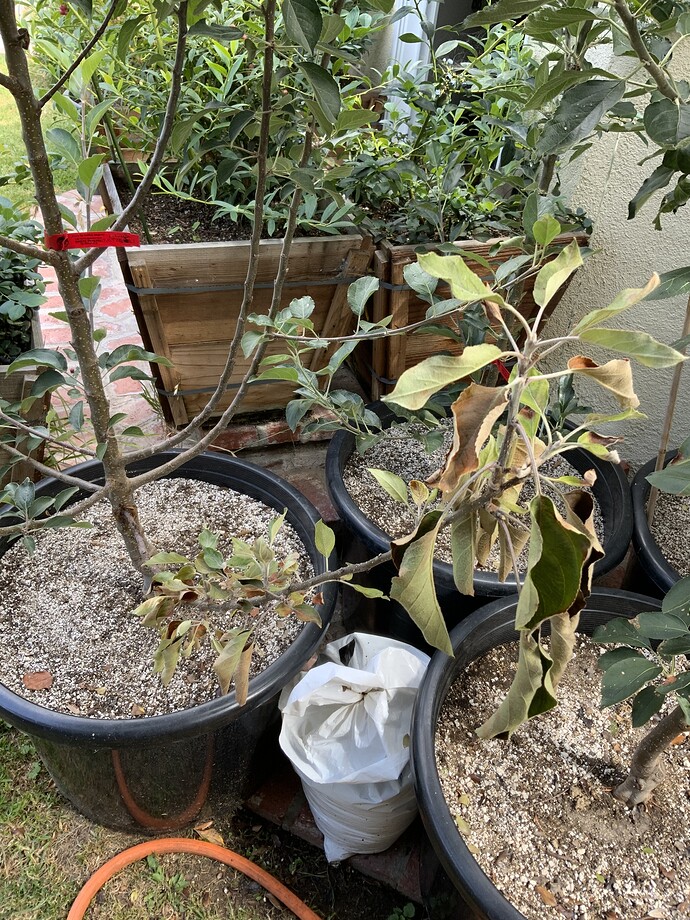 Cut the branch where it joins the main trunk of the tree?

Any proper diagnosis & remedy based on my attached pictures? 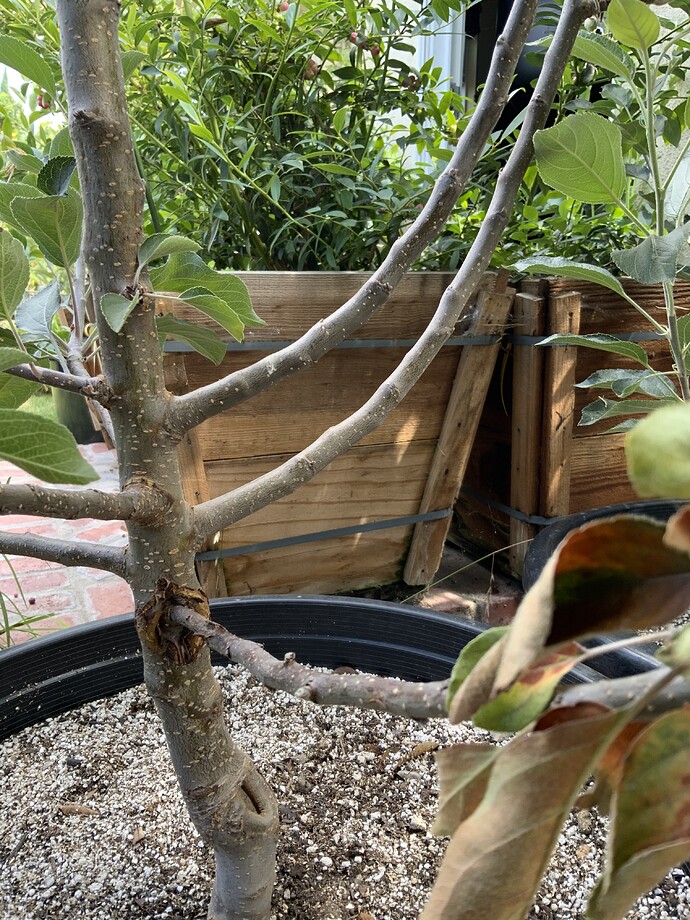 The nursery told me it’s Fireblight, so I cut the branch off and quickly disposed of it