Are there any rust resistant amelanchier cultivars?

I’ve tried growing three different species of Amelanchier here in central NC (7B):
Amelanchier alnifolia ‘Regent’
Amelanchier × grandiflora ‘Princess Diana’
Amelanchier canadensis ‘Prince William’
All were hit extremely hard by rust (not sure if it was cedar apple rust or quince) every year for the three seasons I grew them. I could never get any usable fruit at all without spraying Immunox. All the unsprayed fruits turned into little Christmas tree ornaments. Not my picture, but they looked a lot like this: 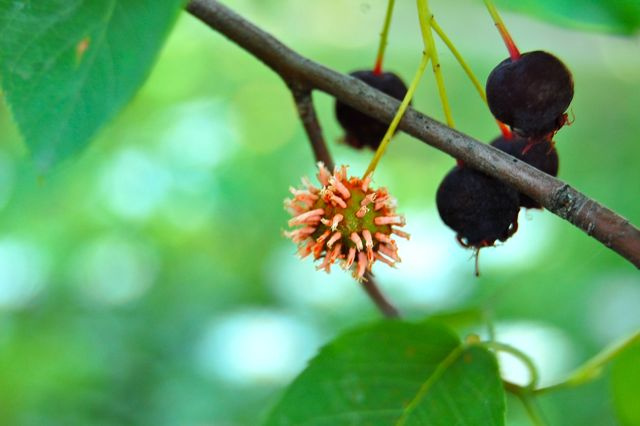 I like serviceberries/juneberries a lot, but it’s not worth it to me to grow it unless I can do it without spraying. Eliminating all the junipers within a few mile radius is definitely not doable. So I got rid of my Amelanchier bushes. I haven’t found any info online about rust resistant Amelanchier cultivars, but I was curious if anyone knows of any that might be worth trying.

Add “Cumulus” to your list that gets fireblight bad in North Carolina. I did an edible landscape planting in 2006 in Charlotte, and the amelanchier is 25 feet tall, but few of the fruit are any good due to cedar apple rust.

Actually, I did have a fair amount of fireblight on Regent one season to go along with the rust. I guess one can’t expect a cultivar from North Dakota to grow equally well down here North Carolina, but I thought it was worth a try. I’ve been pleasantly surprised by how the Carmine Jewel bush cherries from Saskatchewan have fared here in NC so far.

Has anyone grown ‘Jennybelle’ (Amelanchier obovalis)? Lee Reich says it’s “possibly from NC, heavy bearing and adapted to warmer regions, such as the Mid-Atlantic.”

From my personal observations, Autumn brilliance appears resistant to cedar apple rust. I have seen growing and fruiting well alongside apples that were hit hard. Mature red cedars were very close by.