Are there different GoldRush types?

We have a GoldRush tree and have purchased GoldRush apples from various orchards in NY state. They always have had a green base with gold and red markings, are russeted, have very dense flesh, and a very strong flavor which gets more mellow in storage. Recently we bought some apples the other orchardist swore were GoldRush (he’s been growing a long time and clearly knows way more about apples than I do), but… they don’t match with the apples we’ve had. They have a yellower base color, are less dense, have no russeting, and are blander in flavor. I thought they must be some variety if Golden Delicious, but he swears they are GoldRush.
He said he leaves them on the trees late and opens the tree up so they get a lot of sun. But still they look and taste like totally different apples to me.

Any ideas about this? Are there different types of apples all called GoldRush?

Here are his apples: 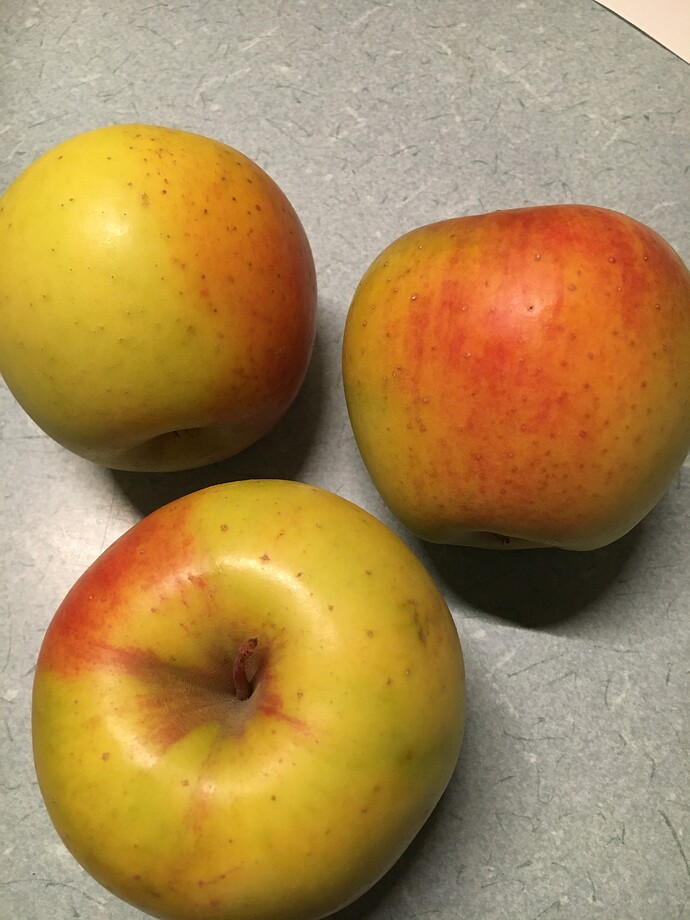 I picked up a couple of bags of GoldRush the other day at an orchard here in CT. They look just like yours. I actually like them better. They’re firm, a good mix of sweet and sour, and to me they seem to have aromatics that remind me of a ripe Suncrisp. The bad apples in these new bags are very good and the good apples are truly exceptional. I have a bag of GoldRush that I bought from that same orchard in November and they look totally different. I assumed the difference was that they did a better job allowing the ones I just bought to ripen on the tree but the ones I bought in November were picked too green. I hope someone can clear this up.

I’m thinking it’s very possible Adam’s mixed up some orders. I know the owner of the CT orchard is a customer of Adam’s. This may be a widespread mislabel. Can Suncrisp hang on the tree until GoldRush season?

from a quick look online, it looks like there are definitely 2 (maybe more) apples that are being called GoldRush. one of which is more yellow with a red blush and little russeting (like in the photo you posted). While the other is more of a green base covered in yellow, with just a kiss of pink where the sun hits it and much more russeting.

I would bet both are children of yellow delicious (GoldRush is listed as such for sure), but sadly I can’t tell which is the real GoldRush. I would say just keep the differences in mind and only buy the one you like better when you see them both listed as GoldRush.

I believe that commercial orchards sell only one kind of Goldrush and it is never a russet apple- it really hasn’t been around long enough or been successful enough for there to be a bunch of sports- although it certainly is possible that some grower has a sport going- but if it was a russet why call it Goldrush?

Suncrisp looks quite a bit like Goldrush and holds on the tree very well- I can imagine a grower just throwing them together to save them trouble, knowing most wouldn’t know the difference. .

ACN has started selling what they call Early Gold Rush. I’ve ordered a bundle of them and wonder if they are the same as Crunch-a-bunch which is advertised as being almost identical to Goldrush but earlier.

If a Goldrush is in storage long enough it begins to taste like a Yellow Delicious.

Well, I guess I would have called it an apple with some limited amount of russeting, so that the skin feels a tad sand-papery especially near the stem. But these have entirely smooth skin which is unlike the other GoldRush I’ve had. My experience matches Joe’s in that I’ve now had two clearly different apples both called GoldRush, though I prefer the greener, less sweet type. Yes, I know they sweeten in storage, since I’ve stored the other type, but still they’re different. Also, I bought our tree from Adams County and it is definitely of the greener, denser, more tart variety. These ones I just got taste to me like an improved Golden Delicious. I guess I will just have to buy according to looks, as Dudeness suggests.

By the way I found a picture of the other orchard’s GoldRush – these are the ones that I think of as the “real” GoldRush, and as you can see they are a lot greener and have a lot more markings on the skin. 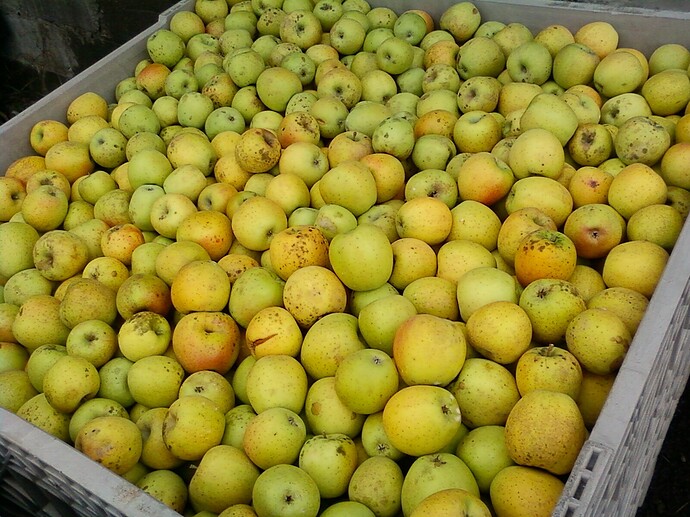