Are these Paw Paw's

There are 2-3 tree’s that look similar to paw paw’s, but with smaller leafs or exactly the same till some start having triple leaf segments per leaf. Can anyone help me confirm what is paw paw or not?
I’ve only seen fruit once on a small 3-4 foot paw paw tree before it got bulldozed during yard work, it had about 12 fruits on it the size of peaches or larger.
If these are all pawpaw’s, at least 15-40+ of them down my road and around the edges of my property, and around nearly all the roads for 20 miles. One can only hope. 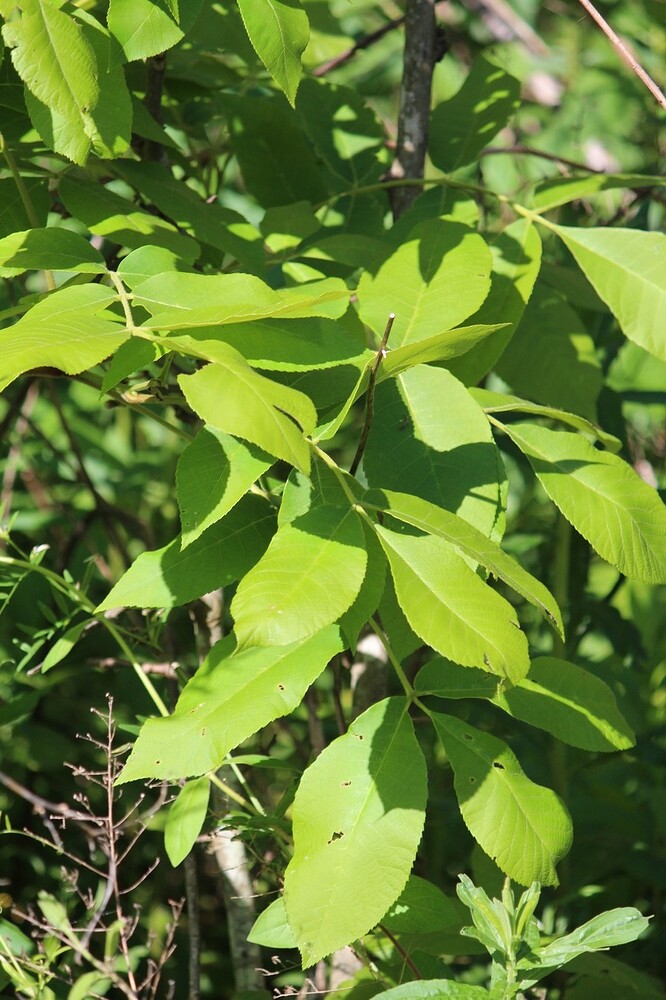 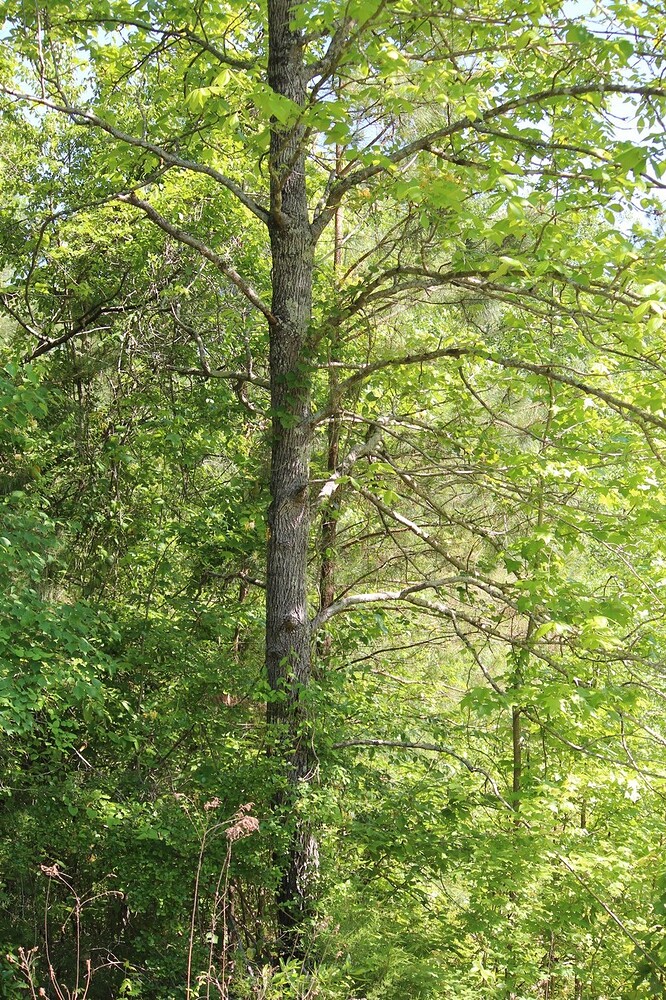 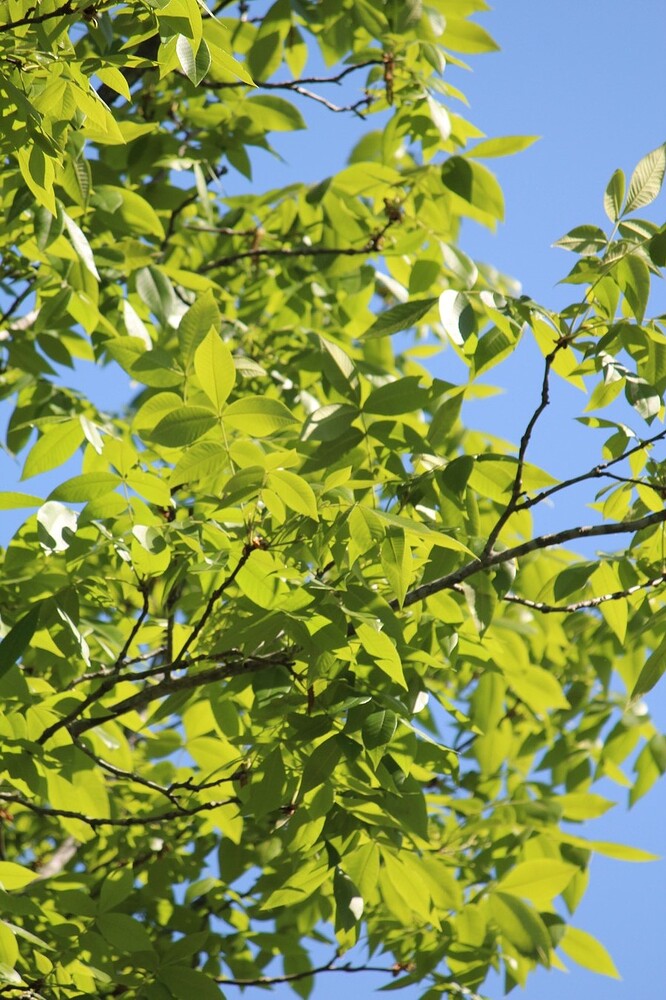 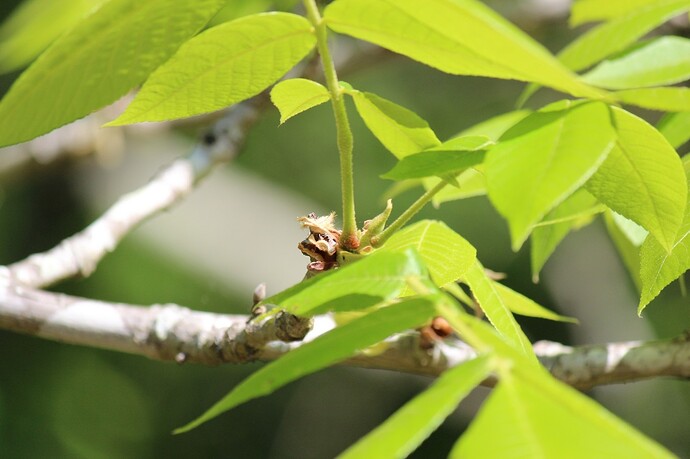 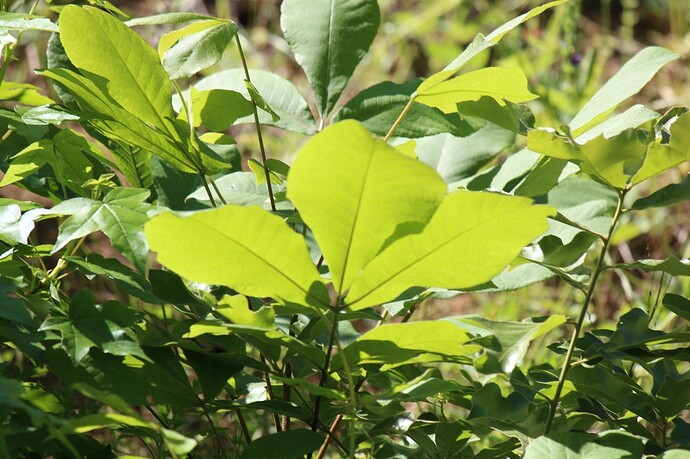 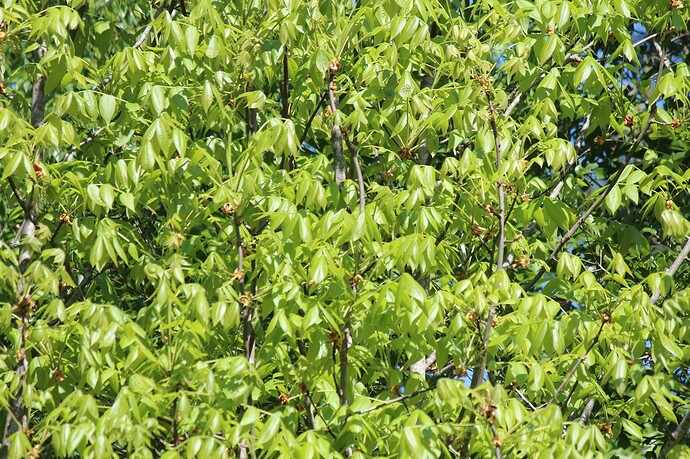 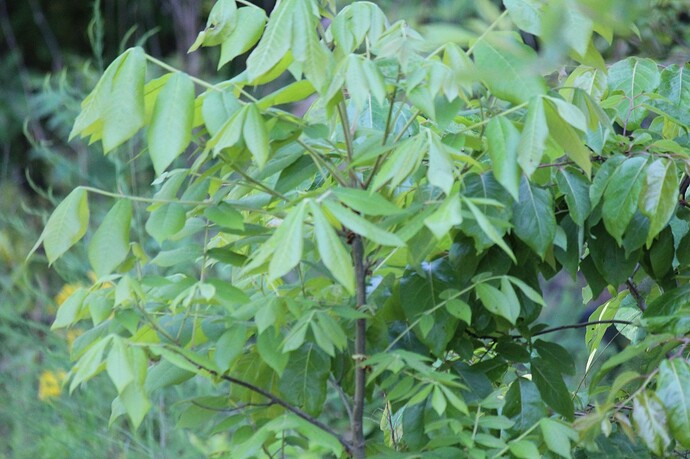 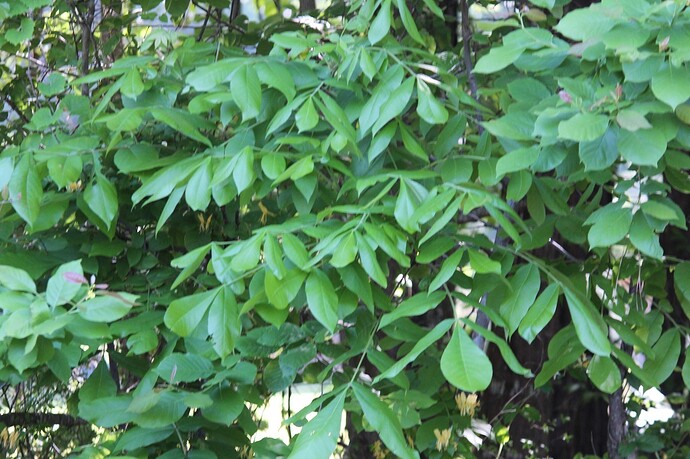 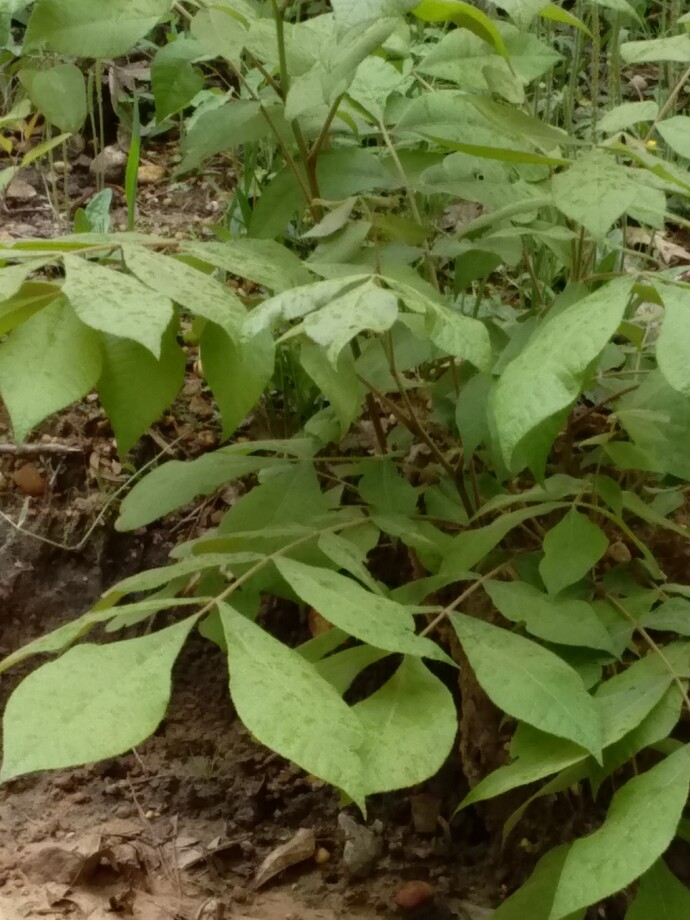 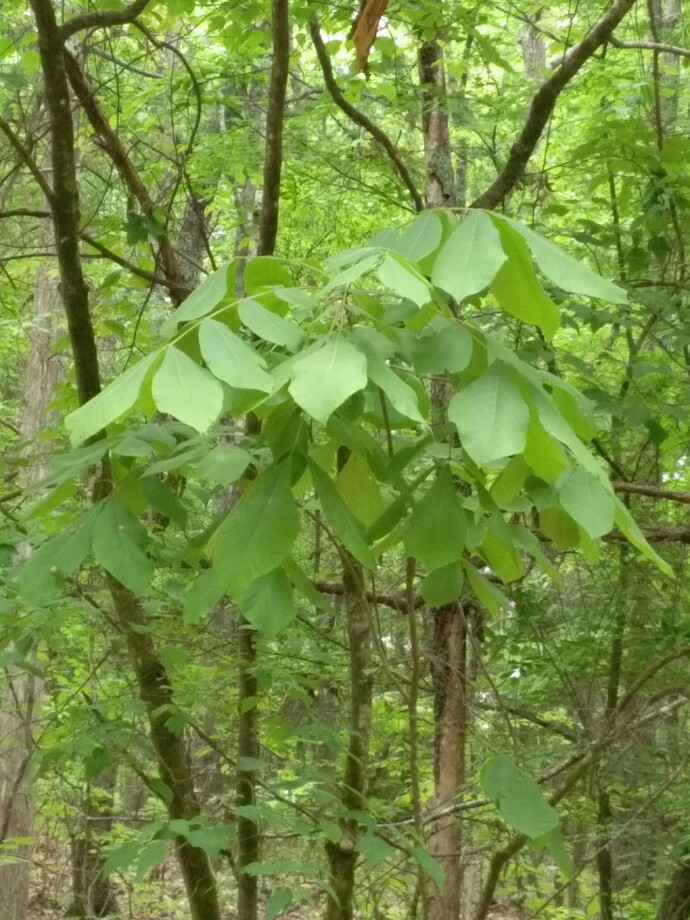 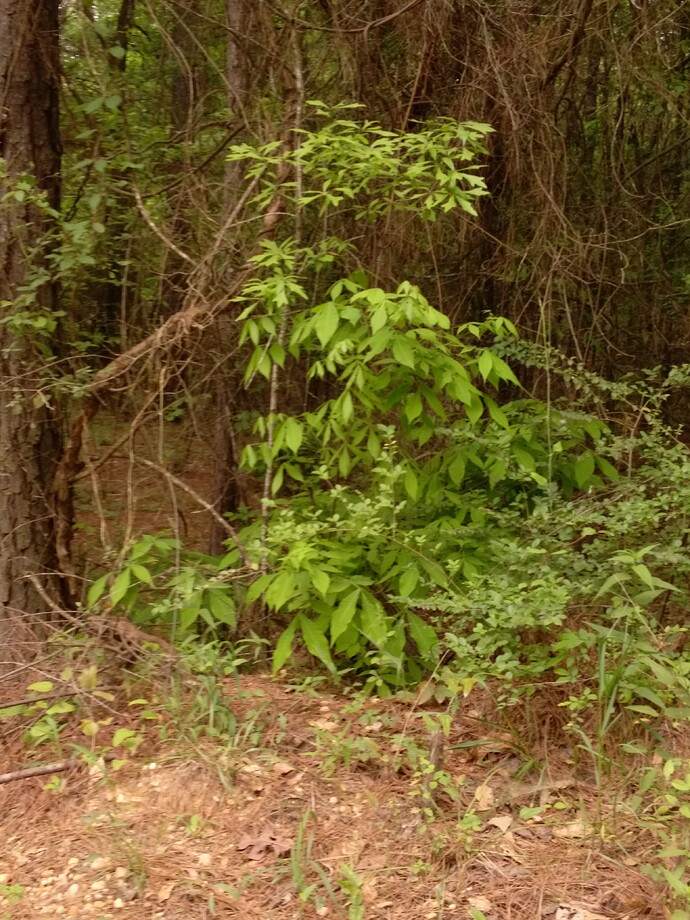 First few pictures look like Green Ash to me. But I’ve never seen a paw paw so don’t take my word for it.

Sorry, they are not paw paws.

Ash have opposite twigs vs alternate. Photos look like opposite to me, so maybe ash?

I was pretty sure they were hickories until I saw others saying ash. The branching would easily and definitively answer that question: as Hambone said, ash is opposite. Hickories are alternate.

Either Ash or Hickory. Def not pawpaw.

Well darn, I gotta take a closer look then since i for sure had fruit on a tree that looks like it out back.
That’s 6-7 different tree’s for photo’s of. 2 kinds for sure,right? different bark to unless its an age thing? but they all look so similar to me? One has large leaves and the other has giant leaves.
So what am I missing to spot the paw paw tree then, the leaves match prefectly in some books i have. 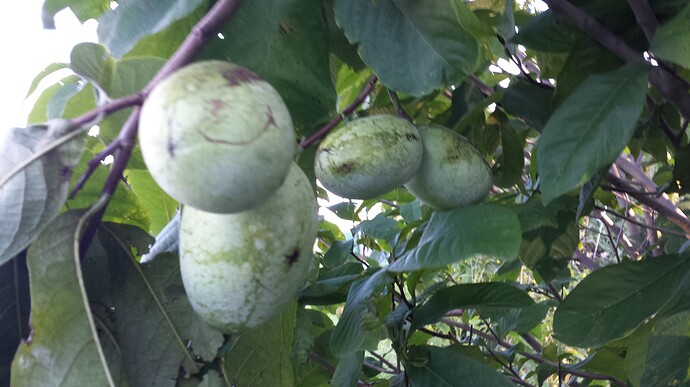 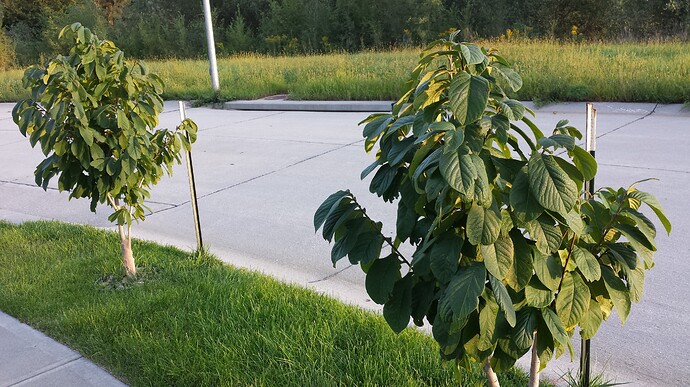 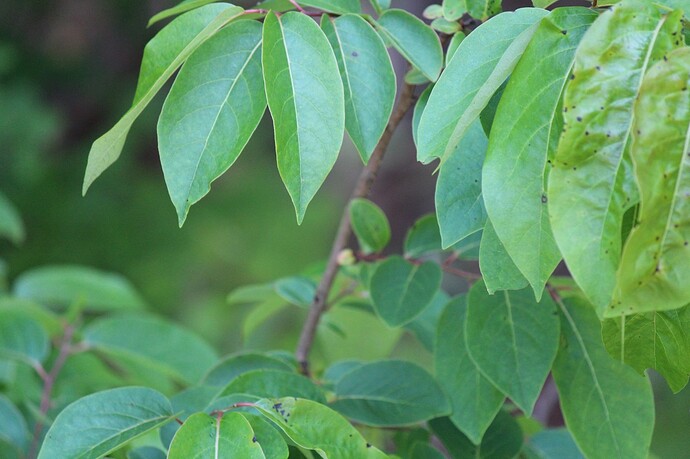 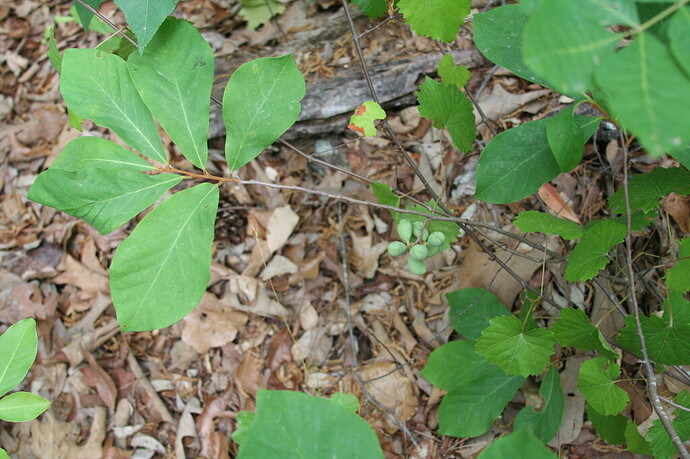 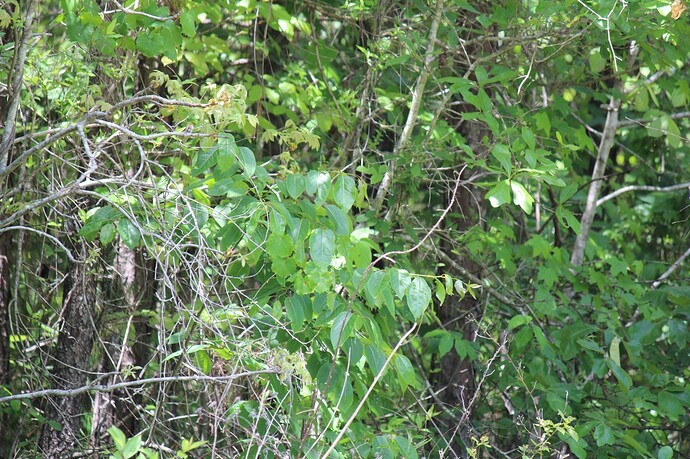 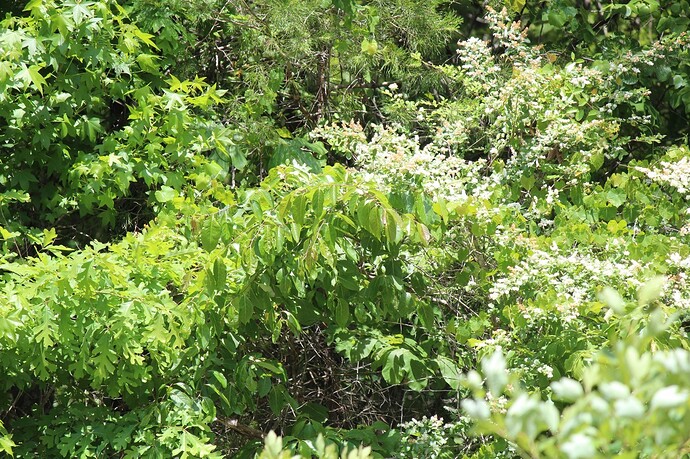 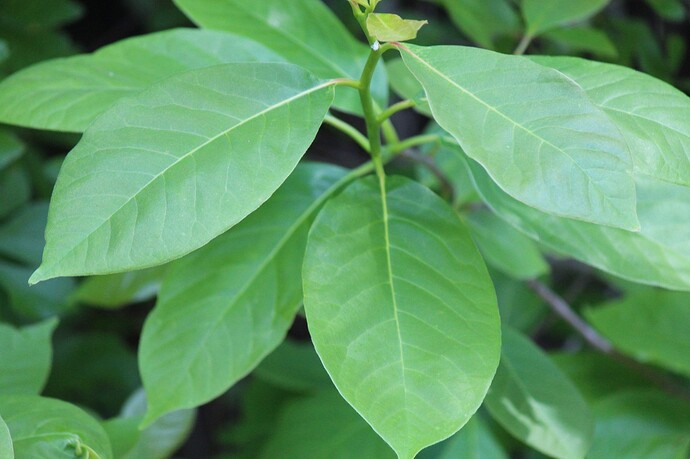 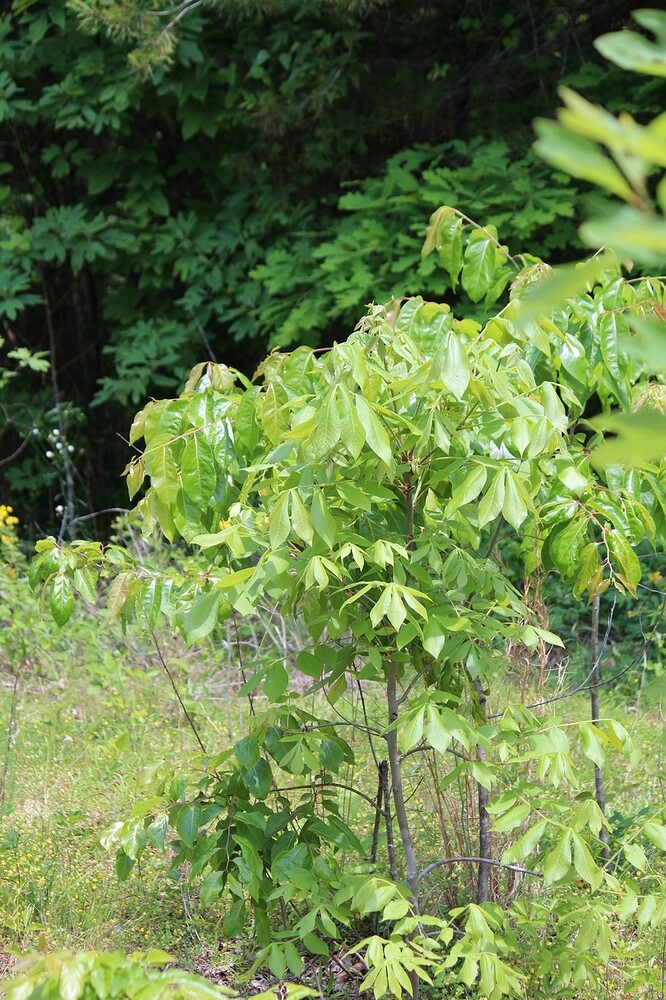 Found some mullberry tree’s while looking around with the camera zoomed. 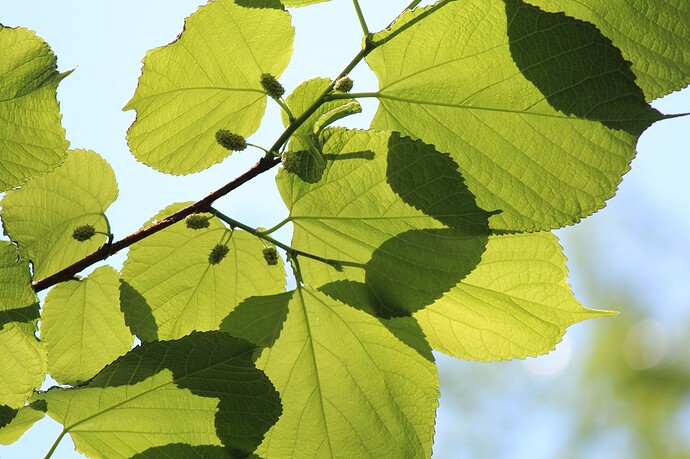 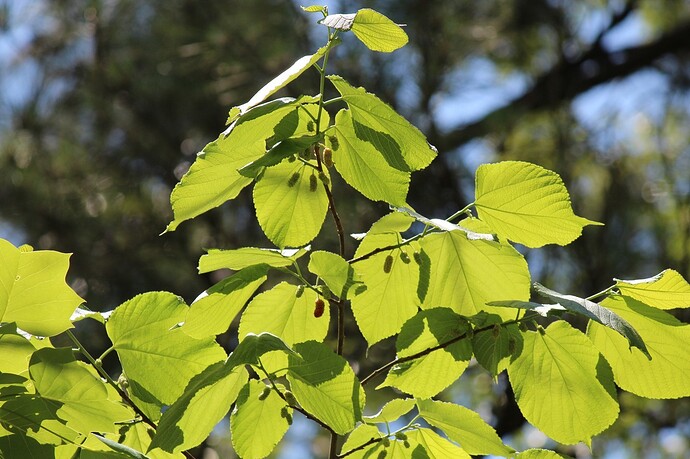 The one photo with the small bundle of fruits is a pawpaw tree and the rest are native American Persimmons. You can graft some large and good eating varieties to those wild persimmon rootstocks.

Yeah, I tossed that one in from the internet to see if anyone was paying attention.

Seriously, American persimmons? I’ve never seen fruit on them ever, i’ll keep an eye on them though 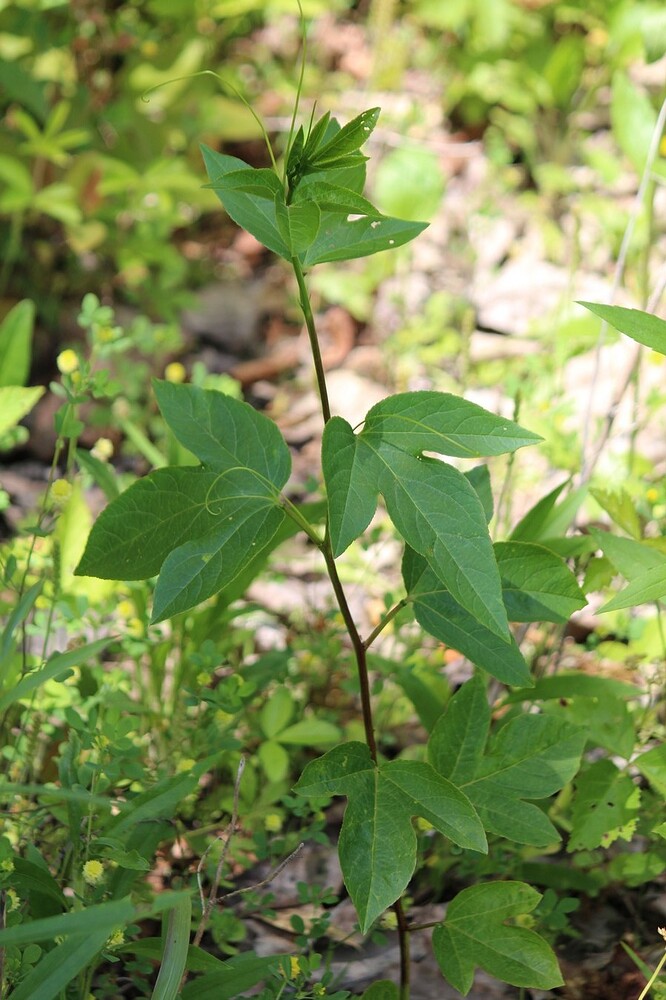 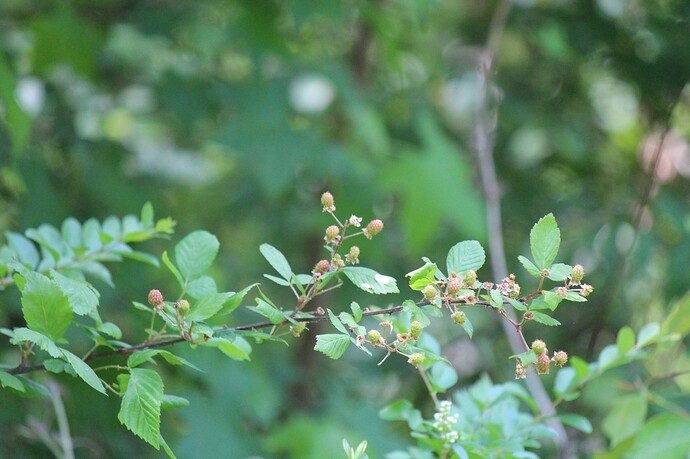 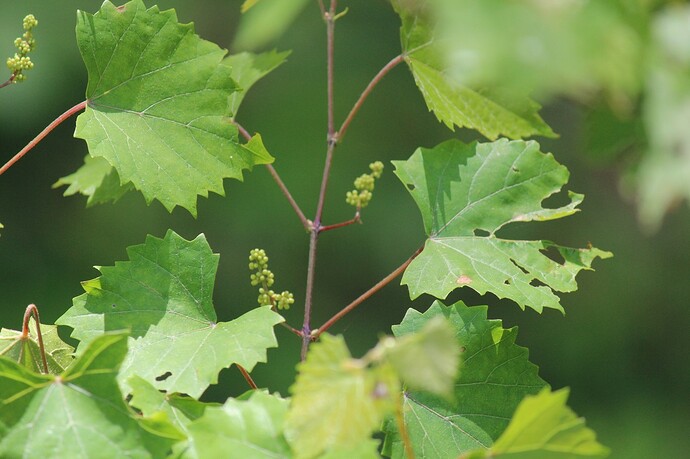 Some wild American persimmons need cross pollination to bear fruits. You either got all male trees or all female trees. They tend to suckers alot so you may have a bunch of identical trees or clonal trees. The self-fruitful ones are Prok, yates, Early Golden, Szukis, and Meader.

All of these pictures are spread out between 4 akers, in against the edges, besides the last 3 photo’s in the first post which is down the road.

Is there any fruit that looks similar to pawpaw’s on the similar looking tree, for zone 7b, Alabama.

First picture in the last set here is a passiflora incarnata (Maypop). Pretty flowers and fruit are possible, but require a long season to ripen.

Yup, that maypop was the first thing I recognized immediately. We didn’t have any here until I planted a passiflora Incense (purple) and a Marguarite (red) one year. The Margarite didn’t overwinter, but the Incense did. They fruit like crazy here and I don’t think I’ll ever be able to get rid of them because they now pop up everywhere. I wouldn’t mind if I enjoyed the fruit these make, but it’s all sour without any sweet and not juicy enough. I know these haven’t spread as much as they did just by vining. So, something must enjoy spreading those gazillion seeds.

Mine spreads by underground runners (Maypop). I also have an Incense, lavender lady and a couple others in pots. I keep wanting to try an incense in the ground, maybe this year.

They seem sweeter in sun and with a hot summer.

Could be me and my way of tasting things. They all get plenty of heat, and most have lots and lots of sun, but they are super sour to me, even when they are shriveling. I bought a Frederick p.edulis this year. If that fruits, maybe it will have a taste that I can enjoy. It’s still in a pot, though. I’m trying to decide where to put it.

I knew about the maypop,blackberries, and muscadine grapes, literally hundreads to thousands of them around the yard, they are weeds, with wild blackberry being the worst of the weed-fruit(though i did buy blackberries for thornless/better fruit/bigger), I did discover the mullberries yesterday for a first time while photographing for the pawpaw, to tall to get to even on a ladder but i did get a named one recently to keep short in a pot.
Gonna plant a permission though to see if i can get the rest to fruit around the yard then from the person who said they were all over the place, and I like them anyways.

Got a spot in the backyard of 50-150 separate maypop vines just growing in the field we cleared, had hundreds of catterpillars on them and about 20 fruits, animals got all but 1 fruit which didnt get enough sun since it was hidden last year. Dug some up but they didnt respout this year, gonna dig some up and pot them this time. Trying to grow 5 other kinds of fruiting passion from seed, Only got 1 growing well so far and not sure what one it is because of mixup and failure of all the other seeds for that batch of attempt.

I can get passion fruit at the mexican store sometimes. One yellow passionfruit I had tasted like Mango guava of sorts, purple one in mexico was sour besides a few in the entire crate of them.

Some wild American persimmons need cross pollination to bear fruits. You either got all male trees or all female trees. They tend to suckers alot so you may have a bunch of identical trees or clonal trees.

Assuming in Glass’s case we’re talking about wild volunteer persimmons in an area where persimmons are native, I can’t imagine pollination is the issue. If they’re seeding themselves in the area, then there are surely mature trees around and mature pollinators. Of course, animals might theoretically spread the seeds further than pollinators would spread the pollen, but it seems really unlikely that there wouldn’t also be mature trees in the pollination area if young trees are growing well there and they’re native. I likewise can’t imagine he’s dealing with male-female issues, unless we’re just talking about one single grouping of trees/suckers. If he has trees in at least several places, far enough apart that they’re almost certainly not coming from the same root system, then odds are that he surely has male female trees, right?

The most likely explanation, it seems to me, why he hasn’t seen fruit yet is that all the trees in easy view are fairly young and haven’t started fruiting yet. That seems to be the case with the trees in the photos. I expect seedling trees take substantially longer to begin fruiting than trees grafted with wood from mature fruiting trees, no? And seedlings growing in the shade and competition of other trees probably take longer to fruit, too, no?

By the way, is that second to last photo before the mulberry not a blackgum?

E, I thought that looked more like blackgum than persimmon, too.

jglass, all that first run of photos are hickories - from the one trunk shot - and knowing what is most common in your area…mockernut; maybe some pignut hickory in the mix too. I spent 25 years roaming the woods of UCLA(upper corner of lower Alabama - Lee, Macon & Chambers counties), and encountered ONE shagbark hickory; never saw a shellbark hickory 'til I came to KY. Mockernut & pignut were pretty common, though. Sorry to see that god-forsaken sweetgum in the mix…
Persimmons, in your area, will be of the 60-chromosome race…and fruits will probably be of poor quality, compared to the 90-C race. Theoretically, 50% of persimmon seedlings will be non-fruiting males - and anecdotally, 60C males can pollenize 90C females, but the seeds will abort - fruits will either be seedless or have tiny little unfilled seed capsules.

A.triloba is common there, along smaller creeks - I’d been around them all my life, but never saw - or, at least, never noticed fruits. Until someone pointed out a pawpawp to me when I was well into my late 30s…I didn’t know that I’d ever seen one…but recognized it immediately… and they’re everywhere here…just not much fruit.
A.parviflora is pretty common on upland sites in east AL - smaller, bushier plants, festooned with little fruits all along their branches. Little things, the size of my thumb, mostly seed, with a thin rim of pulp around 'em.