Just got a 20th Century Asian Pear “Ultra Dwarf” and when I unwrapped the wood chips the rootstock had white roots at the bottom and these large ball-like nodules near the top of the root. It was on sale for $8. Should I return it or is this okay looking? 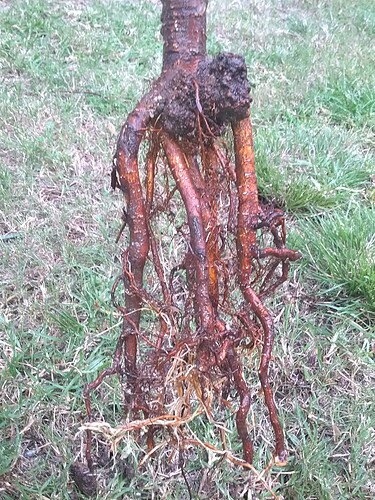 Closer look at the top of the rootstock. 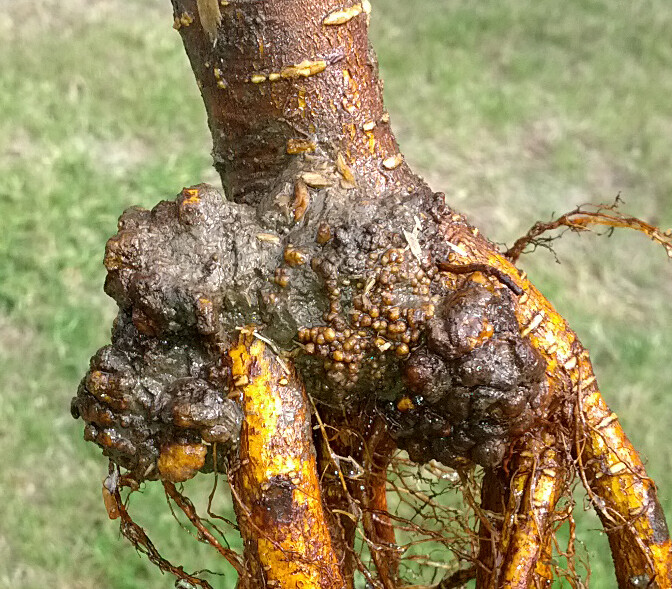 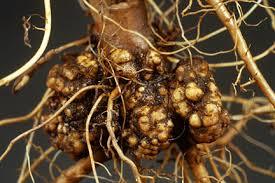 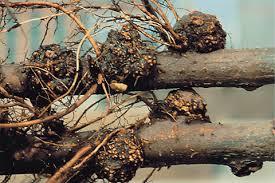 I’d ask for a replacement. Even at $8, a buyer should expect disease free stock. Show them the photo and ask them if it is crown gall. Again…it sure looks like it.

Thanks everyone. Returned it 20 minutes ago and got a semi-dwarf replacement (all out of the ultra). This one had very clean looking roots.

ha…I thought that grass in the background looked awfully green. Here my yard literally looks like the frozen landscape of the Arctic Circle.

As an aside, I’m pretty sure received crown gall in some of my planting from Adams County Nursery.

Quite a few years ago I wanted to move some young trees (received from Adams) in my backyard which were in areas that had previously had no trees before. Some of those trees had crown gall when I dug them up (I ended up throwing the trees away.) Additionally, once, Adams shipped me a peach tree with visible galls on the tree.

Adams contracts some of their nursery operations, so I sometimes think quality control can be an issue. I feel like I’ve received more mislabeled trees from them than should be expected. The only reason I continue to order from them is that they have the most selection of what I consider “cutting edge” varieties suited to the Midwest.

I went ahead an planted the peach tree Adams sent, which had visible galls, at the farm because I know I already have the crown gall bacterium in my soil. Plus Fruitnut had once told me crown gall is widespread in TX and from his observations, doesn’t seem to affect performance. So I planted the peach tree with visible galls and marked it on my map. The tree is still young, but so far I haven’t noticed any difference in it vs. other trees.

Hi where did you buy it? thanks Mrs. G