My wife got these from a friend. Crisp like Asian but more sweet with flavor more like a European pear . Not gritty, I think I will ask for scion on this one. 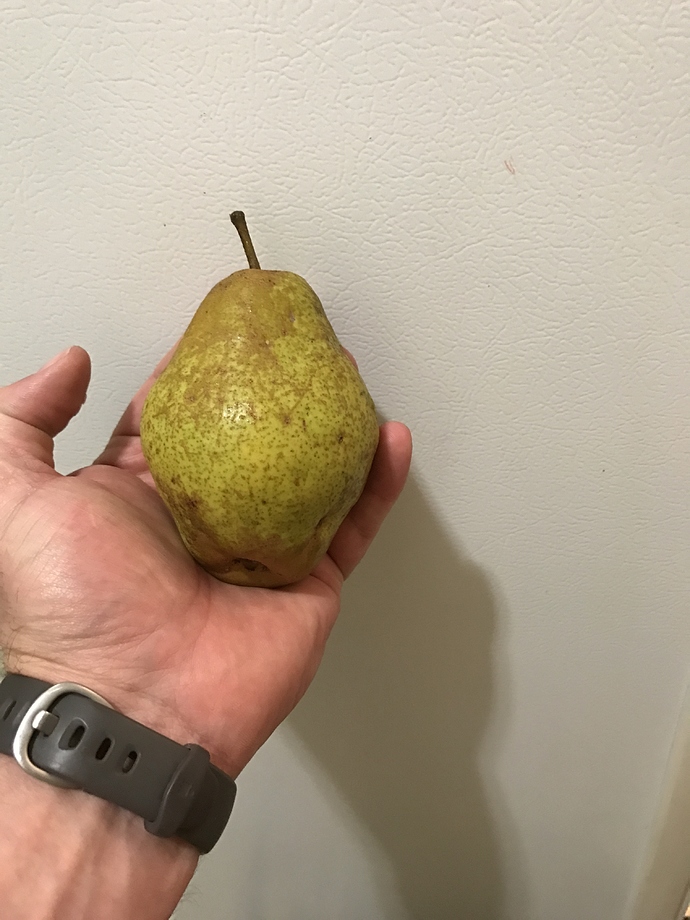 Maybe it wasn’t an asian pear, could be a failure to communicate,

Look Like an unripe Keiffer. If it’s ripe in the picture, it’s not Keiffer.

Jason,
The ripening time, size, and shape are all right for it being a kieffer. There are times where kieffer is less gritty than normal.

It was very smooth but crisp. She said it was a type of Asian pear but there is a bit of a language barrier and I actually didn’t speak to her in person , so even more chance for a misunderstanding. Thanks for all of the input.

Jason,
Some Asian pears have a European pear shape so without seeing leaves etc. I’m not 100% sure. I’m about 95% sure it’s kieffer just based on shape but they are typically gritty.

I will try and eat another one soon, maybe set one on the counter see if it ripens up like a euro.