This asian pear tree (Korean Giant) was planted Fall 2016. It has grown very well and appears healthy. However last Spring I noticed bark peeling on the base of the trunk. It started under a plastic guard to prevent rodent damage. The damage definitely goes down to the cambium but is localized to one side of the trunk. There is also a smaller patch of damage about 15 inches up the trunk. I did some research and it sounds like it could be due to fire-blight (though I haven’t seen eveidence of fireblight on other parts of the tree) or a mechanical damage that is infected by bacteria or fungi. Should I give up on this tree? Or can an asian pear sometimes overcome this? 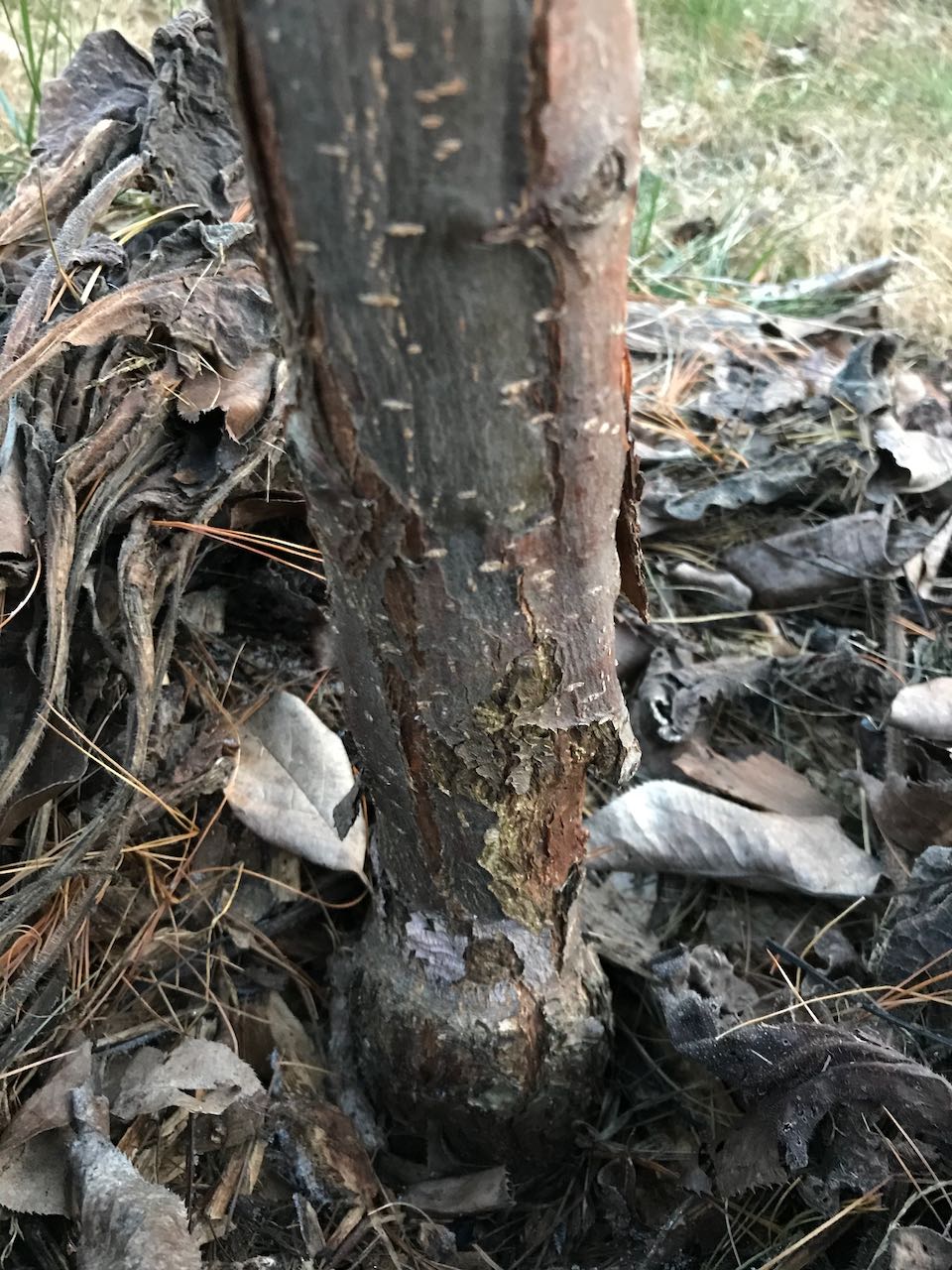 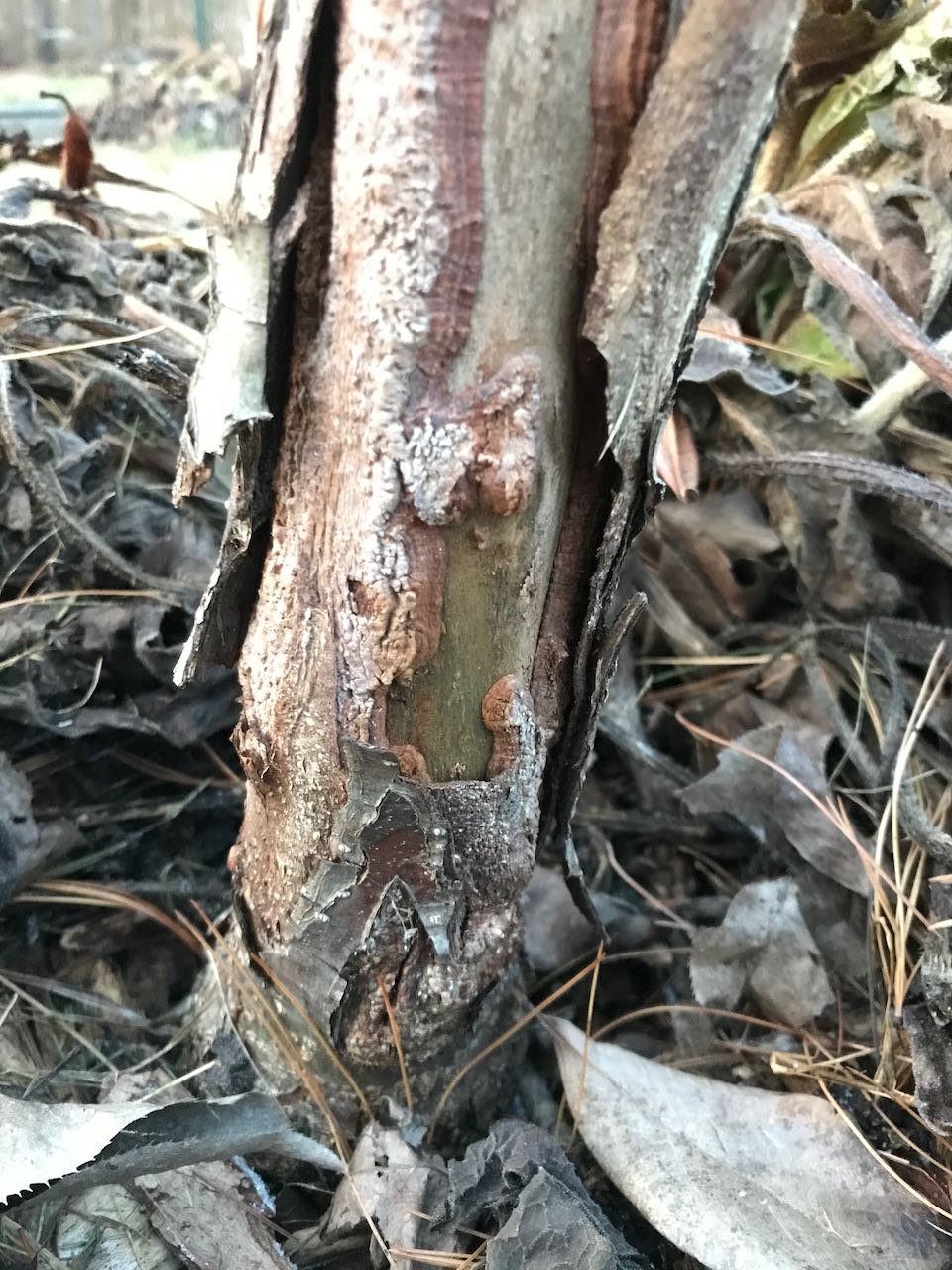 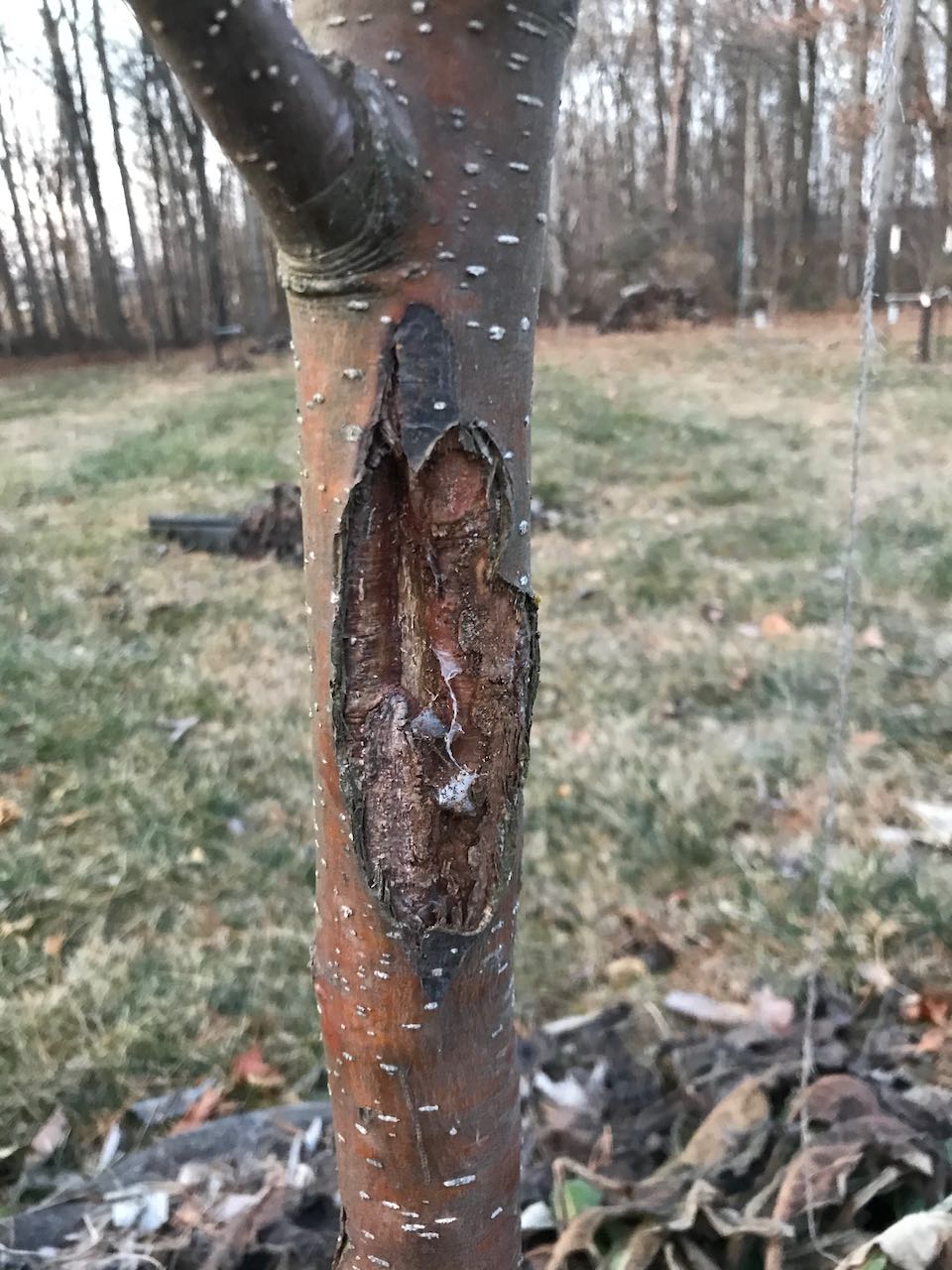 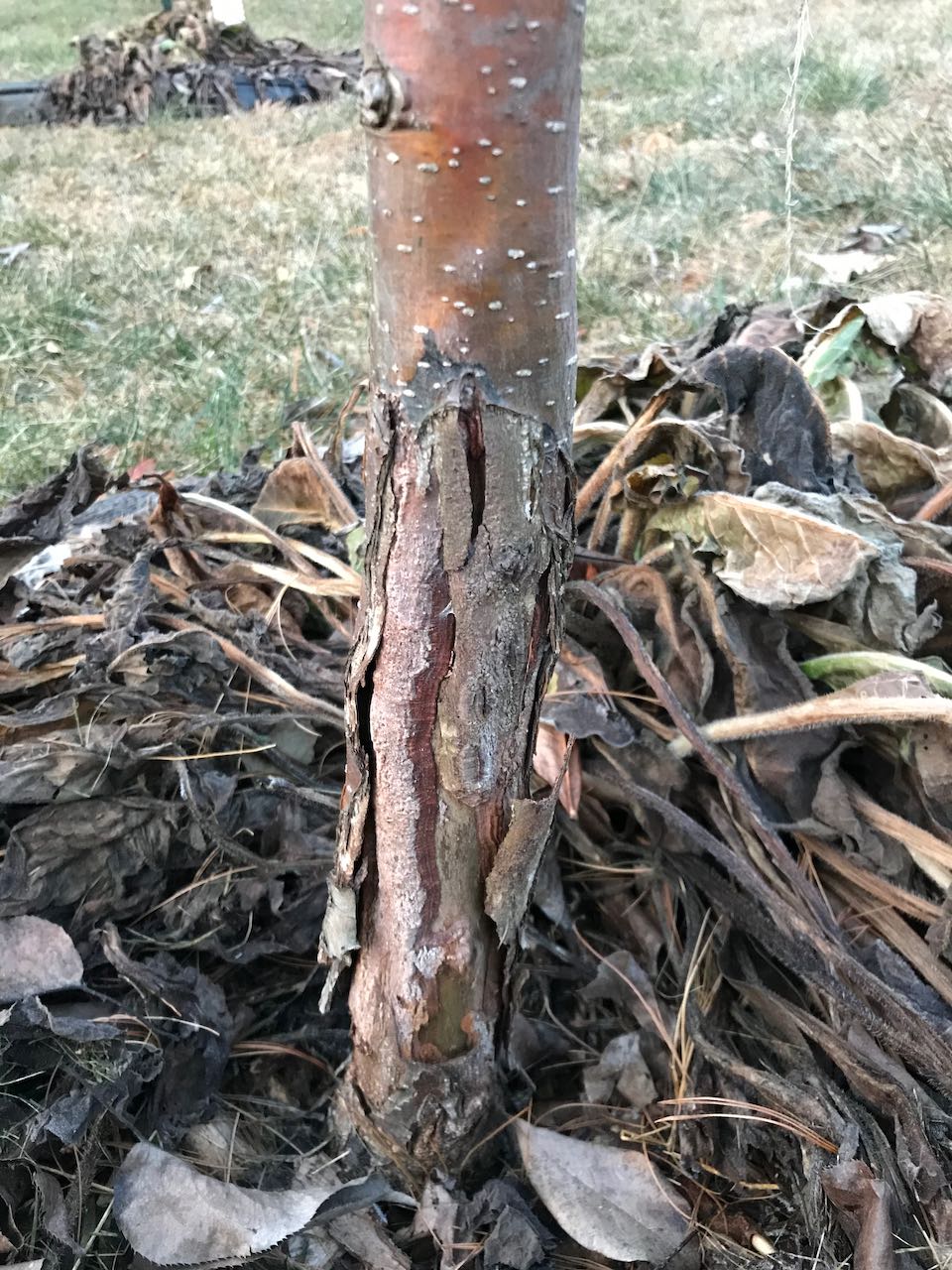 Sometimes freeze injury looks like that. It looks to be healing nicely which is often the case with such injury as long as enough of the vascular ring still functions. I don’t recall getting that injury much on Asian pears, but they do come out of dormancy a bit early.

However the black on top of the injury does have a FB appearance. But FB always starts in annual shoots or flowers and works its way down in my experience.

Thanks for weighing in on this. Yes, it does show signs of healing. Plus the top growth looked good this past season even with the trunk damage. So maybe I should give it another year and see how it does. I think I’ll put in a back up tree in any case.

Make sure it has adequate nitrogen.

You might also want to paint the trunk as a barrier for insects and as protection from sunburn.

Those are all good suggestions which I will follow. Thanks.