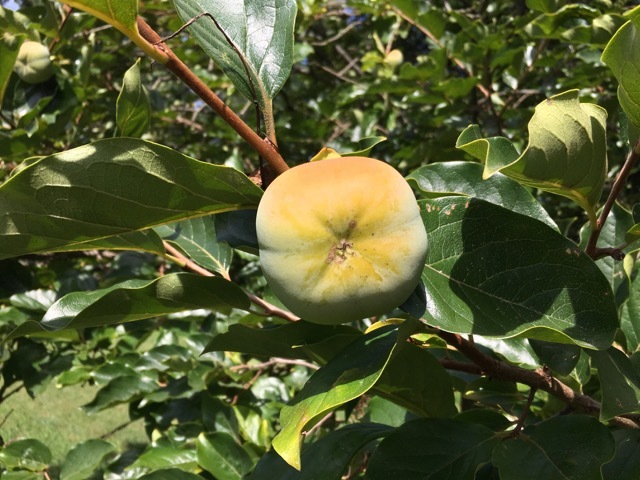 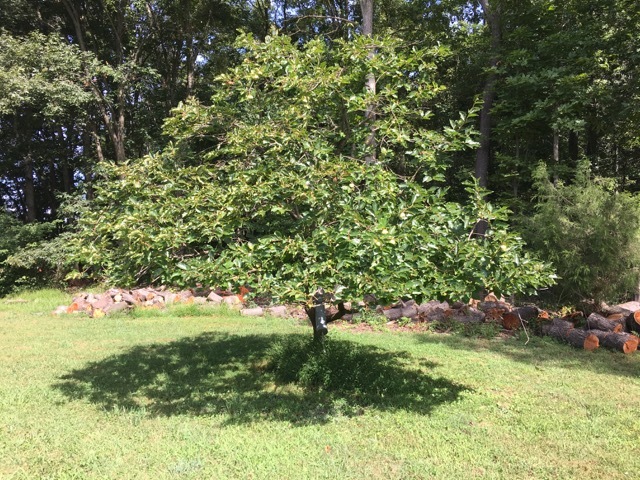 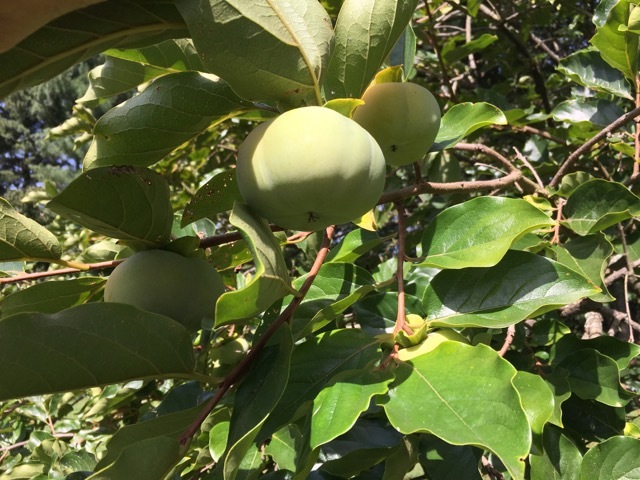 gorgeous tree! how many years has it been in the ground?

OK, beginner’s problems. I typed in all the text and then uploaded the images. Afterwards my text disappeared. I thought it would re-appear when I clicked on “new topic” but now I no longer see it. Fortunately I saved it in the paste buffer and here it is:

I’m a long time lurker on this great forum but haven’t posted very much. That will probably be changing because last Spring we purchased a new place with a lot of space to grow pretty much anything I have time to take care of. There was one fruit tree on the property here in Maryland when we arrived - a mature asian persimmon tree (see pics). At this point I don’t know the cultivar or if this tree is an astringent or non-astrigent type. It’s a good size tree though and not very many nonastringents get that big as far as I know. It is in nearly full sun.

Anyway, I’m disappointed with the amount of fruit set at this time of year. There was quite a bit more fruit on it in the late Spring but the fruits have declined. From time to time I find some persimmons laying on the ground under the tree without tooth marks. There are a few squirrels around but so far I haven’t seen any in the tree. I have heard that spontaneous fruit drop can be a problem with some varieties. For those of you who have a lot of experience with persimmons do you have issues with fruit drop? Is there a fertilizing regimen that could help? Also if anyone has a guess as two what type of asian persimmon this is please chime in.

Mickster, thanks. I have no idea. The compliment needs to go to the previous owner. She was an avid gardener but mainly into ornamentals apparently. This is the only fruit tree on the property unless you count a couple ornamental crab apples.

Mine drops fruit every yr. But it, Eureka, always retains too many and I thin more.

I’ve heard that too much nitrogen, ie too vigorous of a tree, can cause fruit drop.

Maybe it will settle down and hold more fruit in the future. But the dropping is normal.

The soil is the heavy clay commonly found in the piedmont area east of the appalachians and is probably not very high in nitrogen (though I need to get it tested). As far as I know the tree has not been fertilized. Perhaps it is a variety that is more prone to dropping. I also wonder if squirrels might have something to do with it but when squirrels go after other fruits (like tomatoes) I always see partially eaten fruits laying on the ground.

At this point I don’t know the cultivar or if this tree is an astringent or non-astrigent type.

There’s one easy way to find out! I don’t have much experience with Asian persimmons, but if I had to guess, based just on the looks of your fruit and the shape of the most common astringent and non-astringent varieties, I’d guess non-astringent.

Yes, I should find out in a few weeks assuming there is some fruit left by then. But I also agree that that it looks more like a non-astringent type such as Fuyu. I actually prefer non-astringent types but I plan to put in an astringent for variety.

Hi i am from Serbia and i have one 3 years old astringent Asian persimmon unknown variety, last year tree flowered and i had fruits for first time about 60 fruits on that young tree.
This year in spring i had over 200 flowers on same tree and than fruits starts dropping and now i have on that tree less than 30 fruits and fruits still dropping almost every day…

Today i cut one fruit and fruit looks normal, and color inside is light yellow and i tasted one fruit its still unripe but i can taste sugar and tannin. 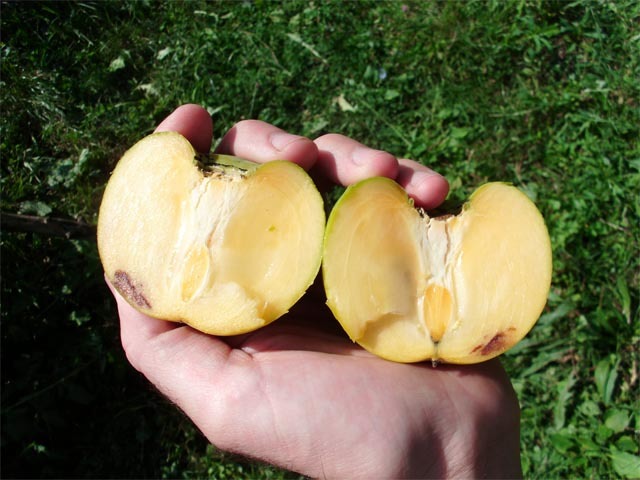 This persimmon tree in spring with flowers:

Same that persimmon in month august:

I have also cut mine open and they look normal inside. I actually noticed a couple seeds in one fruit which I was kind of surprised by.

Michael at Edible Landscaping believes potassium deficiency causes a lot of persimmon fruit drop. He recommends a 5-10-15 spring application of fertilizer. Also maybe late fall, can’t remember. Others say if you add a male persimmon to your orchard to pollinate your persimmons that will decrease fruit drop. And fruit drop decreases with tree age, sometimes not holding a good crop until age ten or so, e.g. Giboshi.

Thanks for that information. I guess the first thing is to get my soil tested to see if there are any obvious deficiecies - pottasium is a good lead. I believe I have read that if there is a variety that has male flowers that pollinate the other persimmons nearby they will have seeds. Is this correct? At one point I was thinking of planting a Chocolate persimmon but decided not to since it produces male flowers. I have also heard that this is not necessarily a bad thing because it changes the flavor in a good way. A few years ago I went to the persimmon festival at Edible Landscaping but that particular day there weren’t really any persimmons to taste - I think I was able to taste one - very disappointing even though I like visiting their nursery. It would be cool to taste a large number of different varieties in one sitting. At this point I know I love the Fuyu types and like the astringents.

Yes pollinated persimmons will have seeds, as I understand it. The Giboshi at my old farm, pollinated by Gailey, had seeds, held a crop and tasted FABulous, much better than my current eight year old unpollinated Giboshi that drops most of its crop. I plan to graft in Chocolate on a native persimmon rootstock next spring. I did not mind the seeds at my old farm. Edible Landscaping kept telling me I didn’t need a male at my new house so I’ve waited many years before finally seeing the light.

Grafting on the Chocolate would be a good way to try this out - thanks for the idea. If I didn’t like the seeds then I could remove the branch.