Asian Persimmons may not be waking up

Rosseyanka and Prok are leafing out happily, but I haven’t seen any movement from Fuyu or Ichi. I knew I was sort of borderline for those guys, but I figured that since they’ve been in the ground a few years, I would be okay. I wonder if our single day of 80 degree weather followed by a freeze killed them.

Am I giving up too soon? Is there still hope?

My Chocolate persimmon is definitely not waking up: 100% dead from winter here in 7 A/B Md. Chocolate was my first successful persimmon graft (total top work of native stock) in about 25 tries over many years. So my record is perfect, once again.

@tjasko Fuyu and Ichi have both been utterly reliable here in Zone 7. As @RUenvsci says do a scratch test- you may be ok.

Try the scratch test. Scratch a branch from last year’s growth. If you see a bright green, then there’s still hope. If you see a straw color yellow or brown, then it’s dead. Persimmons in NJ only started to “wake up” a week or two ago…

She’s dead, Jim. I even snapped some branches. Very disappointing. I was really hoping for the firstfruits this year.

I do have some scion wood from them in the refrigerator. I guess I can try my hand at persimmon grafting, but it’s not like those will have a better long-term prognosis.

My advice is to grow some cold Hardy varieties. It is tough to find a non-astringent that will be OK in zone 6. I have two that do ok in 6b north NJ, but they are planted near fences for some protection. Planting cold hardy varieties will save you from the sense of defeat you are currently feeling. Cliff England (google England’s Orchard) has several cold hardy astringents that you might want to try. 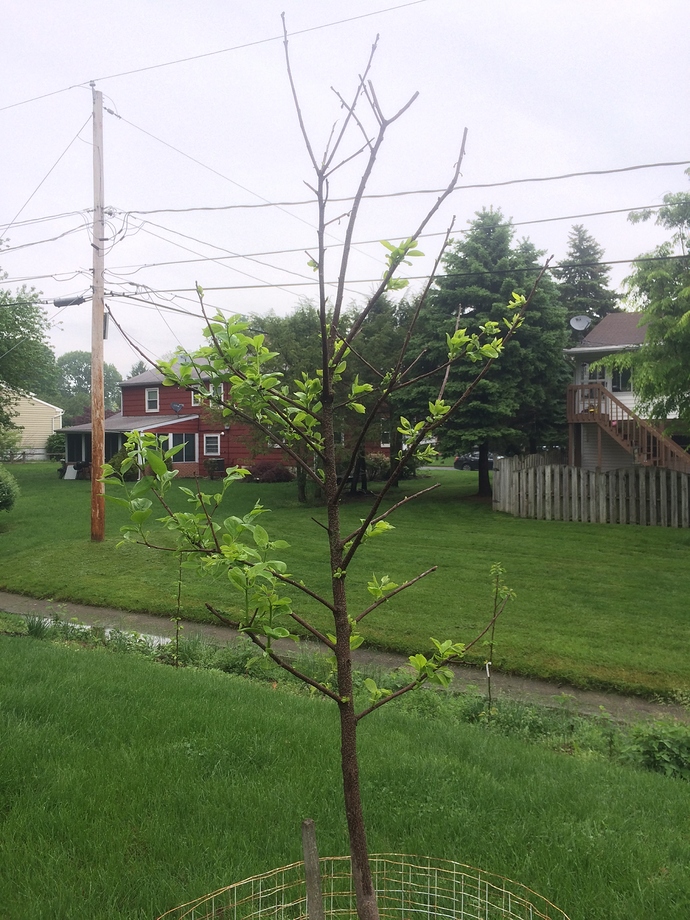 image2448×3264 2.43 MB
Hi there Tim. I noticed you’re in Lancaster, PA too. The past winter was a hard one for persimmons here. My jiro lost a lot of new growth from last year. You can see the tip damage in the picture. My aunt lost some small branches on her tree, but I have a coworker who grows 5 really big fuyu trees that show no signs of damage at all. Perhaps they gain a little more cold tolerance with age. How old were yours?
tjasko May 19, 2018, 10:03pm #7

Mine were on their third year.

I’m actually seeing some green sprouting from low on the Ichi (but I think still above the graft), so maybe something survived after all. That still bodes poorly for the future.

I wouldn’t lose hope on those trees. The one tree pictured died back to almost the graft too during that polar vortex winter 2013/14. It bounced back to 9 feet in 3 growing seasons. Those little sprouts on yours hopefully will grow vigorously, because they are attached to a well established root system.

I also lost a few persimmons. Coffeecake died, and Aizu Michirazu and Honan Red lost about 80% of the branches. My Chocolate did fine though, as did Jiro, 20th Century, Maru, Miss Kim, Huk Gam, Vaniglia, etc.

This is one of the worst winters ever for my persimmons so I wouldn’t dig 'em up just because of this one. Also make sure you have plenty of the more hardy ones, thats why I have Miss Kim, Huk Gam and Vaniglia as they were some of the few that survived when Cliff lost nearly all of his varieties a few years ago.

They live! They may not be great shape, but there are a few green sprouts finally emerging from both trees! Let us celebrate and be glad, for these trees were dead and are alive again! 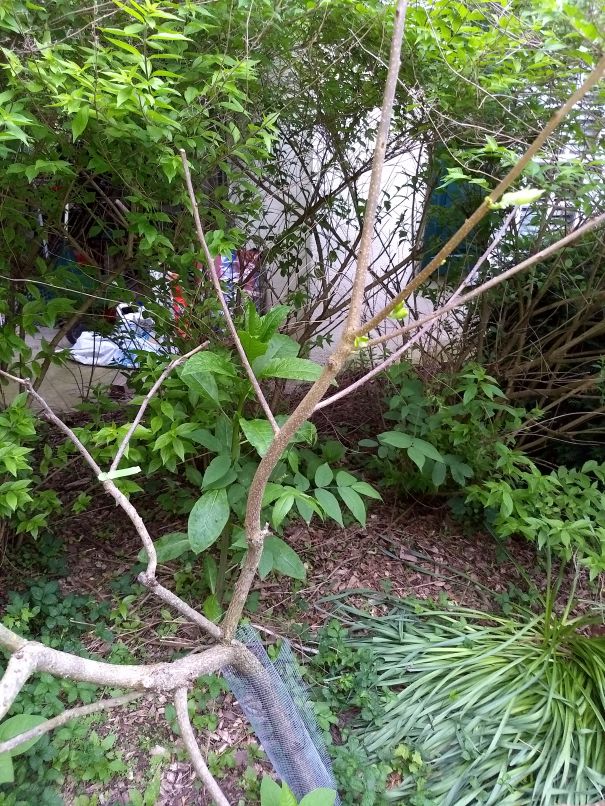 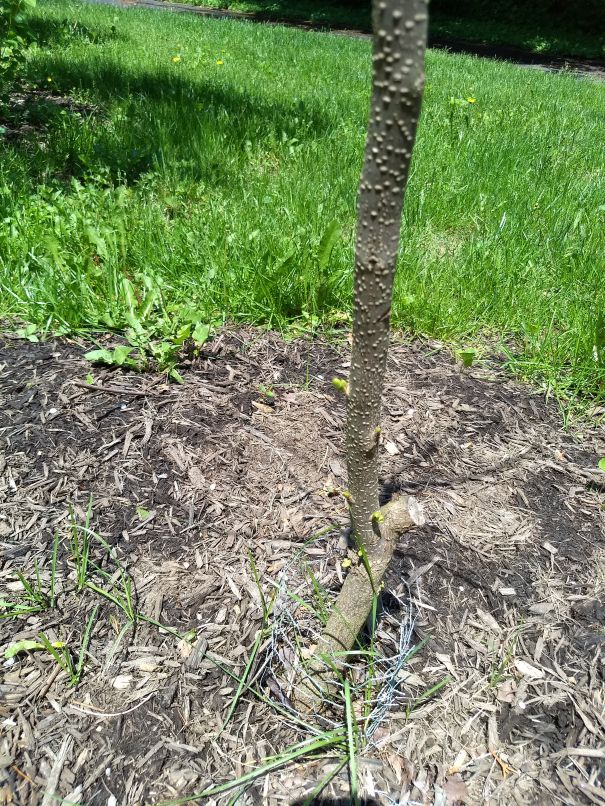 Amen! Two of mine did something similar, they started back up a few weeks ago.

For the sake of completeness, I must end on a sad note. Both Asians came back last year, but never woke up this year. The winter was much milder, but I guess they just didn’t have it in them.

I’m letting the rootstocks grow out now. Maybe they’ll be female Americans, and if not, I’ll graft them until they are.

On a similar note, but having nothing to do with persimmons, I had a citrangequat that suffered minimal damage – I think I protected it minimally at first – for a few winters and then then winter of 17-18 killed it back to the ground. It was still green well above the ground at the start of last year but it just kept dying back that spring until it was dead almost to the ground and then never leafed out all last year. I figured a year with no growth meant it was dead for sure, but this year there’s growth again from below ground. I wouldn’t have thought that was possible, and it would seem even more impossible with a grafted tree, so I don’t I don’t mean to suggest any applicability or hope here, but it was interesting. In my case, it doesn’t really seem to matter, because I don’t see the citrangequat ever surviving and overwintering well enough to fruit, but it’s interesting anyways.