Bacterial wilt in Cukes and muskmelons

Do these photos look like bacterial wilt? If so, what can i do to stop it? I believe the cucumber beetle spreads it from infected to healthy plants. I’m not above going neuclear on the bugs if it helps but I’d rather not kill pollenators

Can I plant a second crop of cukes and prevent the wilt/beetles somehow? 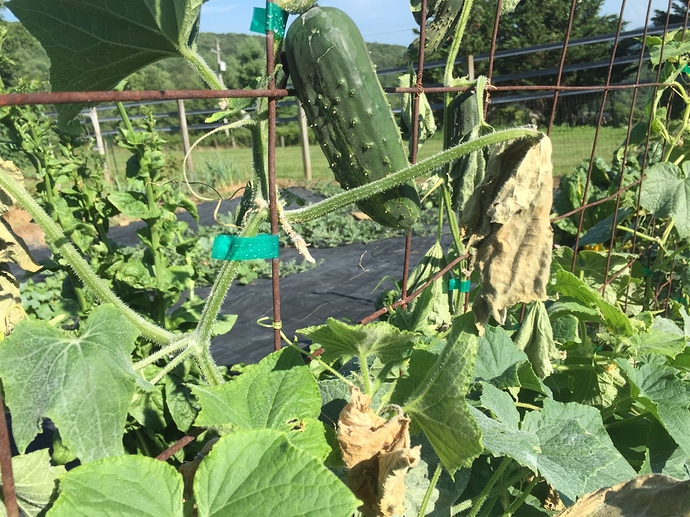 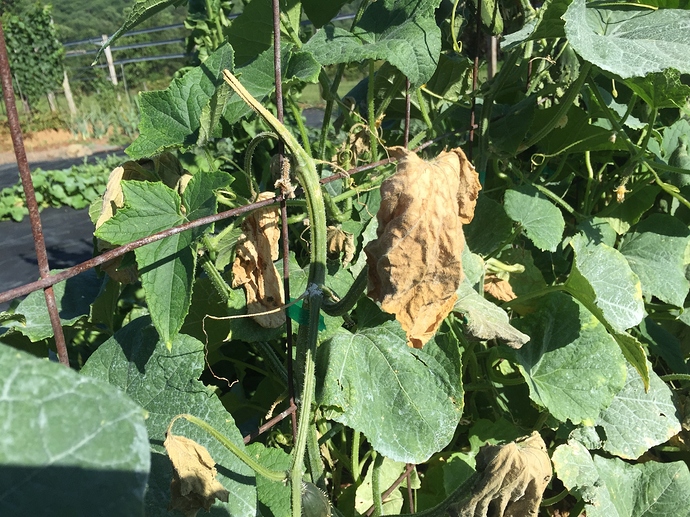 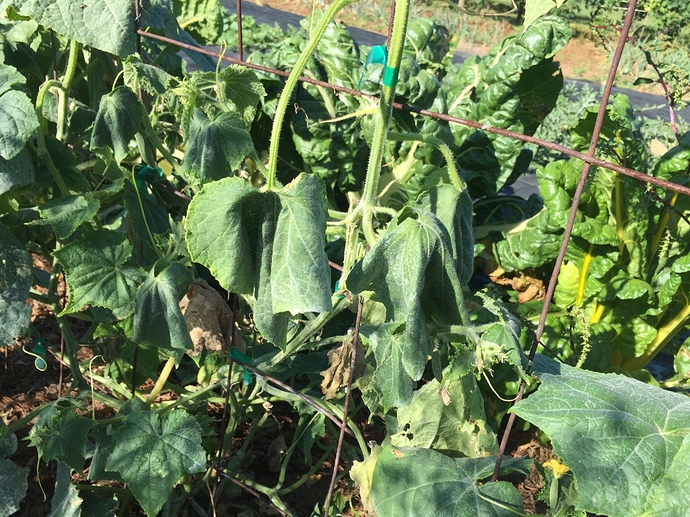 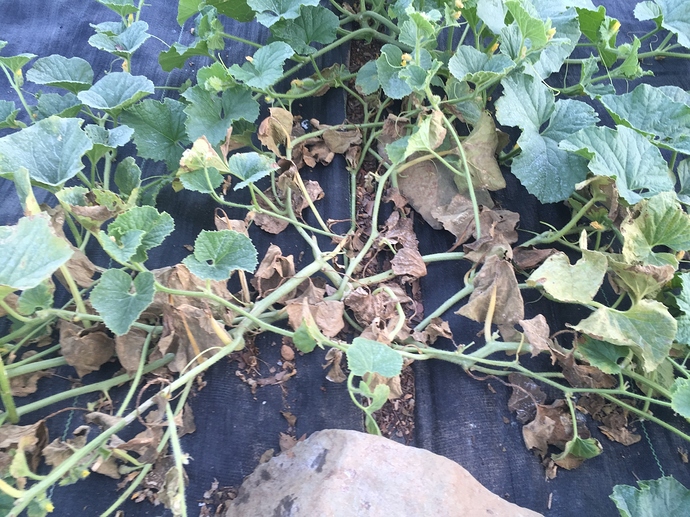 Yes, It does look like what I have every year on cukes and melons. I do not know any treatment except to cover the plants with insect mesh. This year I planted cucumbers late after I removed garlic and they are just sprouting. I am really wondering if the late planting will help to escape the bacterial wilt.

Check for other things like squash bugs when you see wilted leaves though the diagnosis is likely dead on. Sun scald wilts and kills leaves here as well but that is all or none and not a leaf here and there.

Those cukes have powdery mildew, for one thing

A good test is to cut a green wilting vine and touch the cut ends together, then pull them slowly apart - BW causes the sap to be sticky and stringy

You can definitely make succession plantings of cukes, as they produce so quickly, but melons take so long that you’d had to have a very long season

Those cukes have powdery mildew, for one thing

Wow. Bummer. I’ve been spraying every week with Daconil.

Conceivably, then, that could be Daconil residue - looks like PM to me, tho