Dogs might bite the graft off if you spend to much time admiring the lovely new growth! 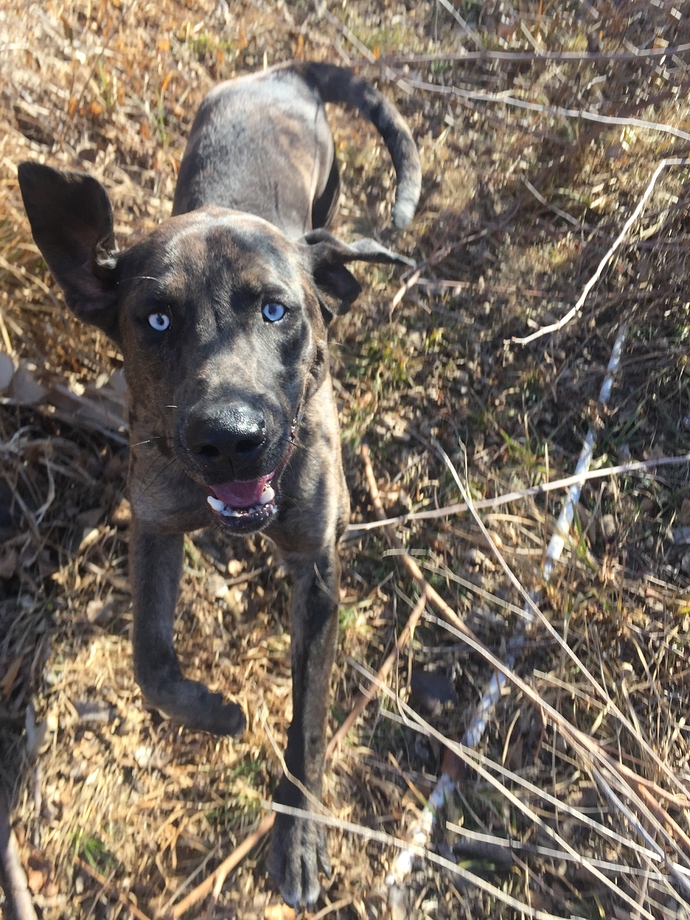 i used a whip and tongue and saddle graft on my 7ft. tall northern fuji. did it at bud break with 10in. sections of 3/8 in new growth from my neighbors trees i cut a hr. before grafting. all the bark lined up perfectly and i double wrapped tightly with saran. i tried a couple grafts each time. i didn’t touch them again till’ mid summer when it was obvious they didn’t take. i don’t get it!

I guess my question would have to be whether the wood cut from your neighbor’s tree was dormant or was it showing green?

It’s really important to take dormant cuttings from the neighbor’s tree before the buds show any sign at all of swelling. Otherwise it sounds like you should be good. (I don’t have any experience with 10 inch scions but I think @auburn does it quite a bit; I’ll let him speak for himself. My understanding of long scions is that they come with their own set of problems, but I don’t know. I usually use three or four inch scions.)

i say they’re 10in. but they may be smaller. they had 2 buds on them and were just starting to show green when i put them on. few times they were completely dormant.

before the buds show any sign at all of swelling

My experience is that this is critical to getting a high success rate of grafts. If I were just learning to graft I would stay with the shorter scions wrapped in parafilm. Yes I have been experimenting with long scions up to about 36". Several have survived and have fruit buds.

Moose,
I am no expert but a few things you may want to try.

You may want to watch Youtube grafting videos of either Stephen Hayes or Kuffle Creek (by Applenut) again.

Those are words of wisdom, @mamuang.

I can be a little bit fussy with linguistics, but I might argue that poor quality budwood is only diseased budwood. If you have even a single cell of viable wood there exists a technique to culture it. It just takes exactly the right process and possibly hormonal, chemical and mechanical assistance in a laboratory environment

Poor budwood, to me, is budwood with only living cambium but no living bud tissue, which can be saved sometimes but why bother. Otherwise, it’s a matter of cutting to good wood, even if that ends up requiring chip budding.

I think sometimes it’s better to simplify: just need a living bud and a path of living green cambium layer between it and the living green host.

Poor quality is a description of why it’s hard to draw that path.

A better description of bud wood that doesn’t work than “poor quality” is wood that is too immature or too mature. I say this from grafting citrus. Buds should be plump. Wood won’t work if it is not mature enough like the current growth that is not stiff. Wood that has woody streaks is too mature. Best is hardened off current growth flush or the flush before the current one. Anything older than the before flush is too mature and will have woody streaks. As a reminder citrus is a semi tropical evergreen and the bark starts out green. I cut bud wood this week and could find hardened off current flush. I use a similar selection process for persimmon and paw paw. Oh, and I never use more than 3 buds for cleft or bark graft.

The most consistent cause of failure I’ve seen is when scions are put on trees or rootstocks with insufficient vigor. Recently dug rootstocks work better in a greenhouse because it reduces dessication- not just on the scion but on the new tree as a whole. In the nursery where I put whips until they have the stature to survive deer I’m digging trees up near other trees all the time, so roots of remaining trees usually get disturbed. That is where I get a relatively high rate of failures and inadequate vigor of scions that do take.

Spur type trees or trees overbearing are generally more challenging to graft to than ones with vigorous vegetative growth, so a mother tree where new wood is more important than fruit should be managed to sustain highest possible vigor.

Next time take a picture of the graft before wrapping and after. Usually apple grafts are successful.

i watched those videos plus more.i will review them again. i didn’t have the grafting tape so i cut the saran into 4’’ by 12’’ strips then folded in half for strength. i was careful not to jostle the graft when tightening. i match the wood precisely to the size of scion. only thing i can see is maybe i did them too late as the buds on the tree were just starting to break , showing a little green. ill try doing it a little earlier next time.

Yes, I think you should try grafting with fully dormant scionwood.

If you want, I have plenty of Honey Crisp apple to send you. You are in zone 3/4. Some say HC is cold hardy to zone 3, some say to zone 4. Let me know if you want dormant scion.

I don’t know what apples are cold hardy to zone 3.

Hello,
can u send some scion wood of Honeycrisp or other varieties you have.

Thanks in advance
Saravan

I remember something Fruitnut posted several years ago, that he much preferred budding to grafting as it could be done any time during the year that the bark slips and there was no need for dormant scions; just cut a bud and t-bud it onto the rooted variety. That is my recollection anyway.

I know I have successfully t-budded apples that way. I can’t remember whether I was successful with peaches/nectarines. If the bark does not slip, patch budding may be an option.

I did a bunch of apple grafts Friday. I hadn’t grafted in a while, and I realized today that all of my scion wood is a lot larger than what I’ve used in the past. I think I’ve generally grafted scions with about 3-4 buds in the past, and these are much longer.

Some are dormant wood I’ve kept in the fridge, and some are from a nearby tree that had started to sprout.

(There’s a very attractive wild crab apple with deep red flowers in my neighbor’s yard. She’s given me permission to take some wood from it to graft, but I forgot that I ought to do that in the winter. I took some anyway.) I did pinch off all the leaves.

Anyhow – should I go out today and clip everything short?

I believe my peach grafts tended to fail because the buds rotted while in the fridge because they were too tightly wrapped. This season should establish the validity of that belief, because this time I just put each variety loosely in a zip Lock freezer bag and put groups of these in thin garbage bags with a moist rag. They are being stored in a small, cheap fridge devoid of automatic defrost to help reduce dehydration.

I’ve heard many stories of graft wood being gathered from under trees some time after pruning and stored in ways much more careless than my double wrapping of tight bundles of sticks that I used to do- placing them inside garbage bags.

Sometimes the peach wood would smell rotten coming out of that.

Well, all my scion wood looks and smells like healthy wood. When i whittle the end to a “v” there is nice green cambium. (Or pink cambium, on the red crabapple.) So I’m not worried about that.

I think I’ve generally grafted scions with about 3-4 buds in the past, and these are much longer.

How much longer? What kind of graft? I usually cut scions to 2 or 3 buds but a lot of folks post here about 5 to 6 bud scions and even longer. Hope they weigh in. I feel comfortable with a longer scion on a bark graft as it has so much cambium contact but type of graft may not matter to other people, not sure.