So say you don’t have a field of early blooming snap dragons and daffodils planted or they are stubborn and late to bloom this year. You could buy a bottle of bee attractant but the week its going to take to arrive means you will miss all your blooms. The internet says Limongrass oil is a key ingredient in. So here is my solution. Frozen shredded Lemongrass $2.99 a bag, from my local Asian grocery store. 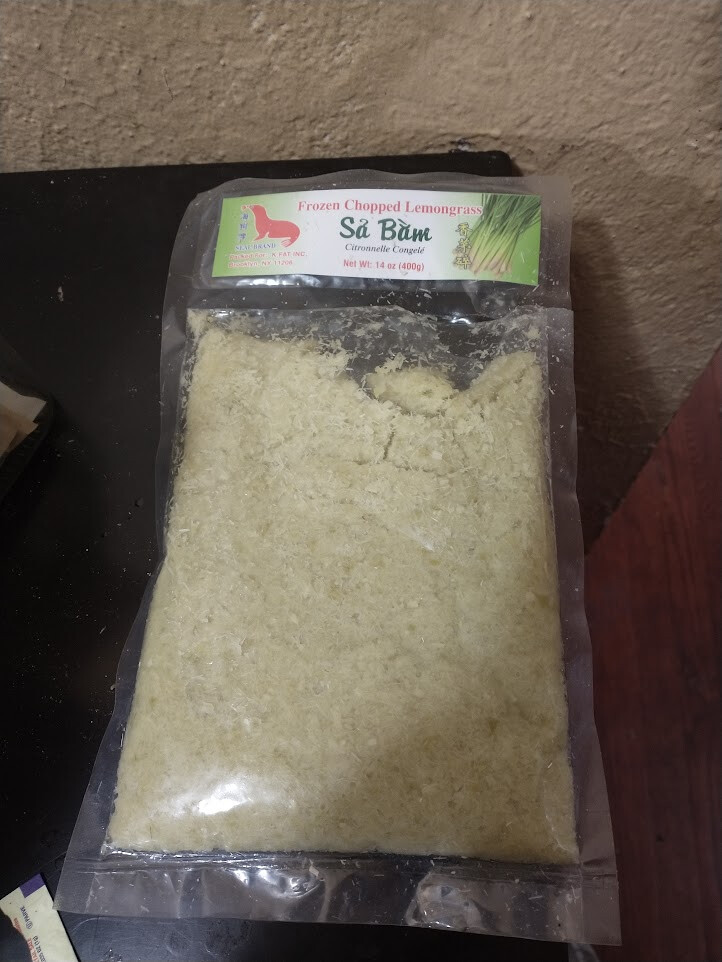 I just took some and mixed it with water then broadcast it near the blooms I want to attract bees to. Time will tell.

I then took another spoon and mixed it with hot water honey and limon juice and drank it for tea.

Funny thing in the Trinidad they grow limongrass but call it fever grass. They boil it in water and inhale the vapors. Maybe sometimes drink it in tea. No one uses it in food.
Even today people are still surprised its used in food. But its been catching on since the late 2000s when the world got introduced to Thai food.

Back in collage I took my Trini friends to a Vietnamese resteraunt and it being totally new to them i just said get anything with limongrass. Big hit.

Lemongrass oil is commonly used as a swarm attractant for honeybees. They are drawn the the scent. Typically it is put in a hive box or swarm trap and then placed in a good location to catch swarms. Never seen or heard of it being used to attract bees to blooms.

he he, bait and switch. If the workers dont find a nesting spot at least they find my flowers.

Isn’t it also the main ingredient in a lot of mosquito repellants?

It does contain citronella which is repellant to mosquitos.

I know some people have bee hotels. I have also heard bees can travel upwards of 2 miles. At least for me pollination has only been a issue during colder times during spring and winter. Either it was something that flowered very late late my peppers I got starts for in June or I got a plant shipped to me but it would not flower. I got a plum that was shipped to me already in flower this year and due to the lack of bees this time of year in my area I am sure it will not be pollinated.