I’ve been bringing more fruit into my home than usual. I’m seeing these in my kitchen. I’m hoping they’re a fruit beetle of some type and not something else that may have potential to do harm to my home. 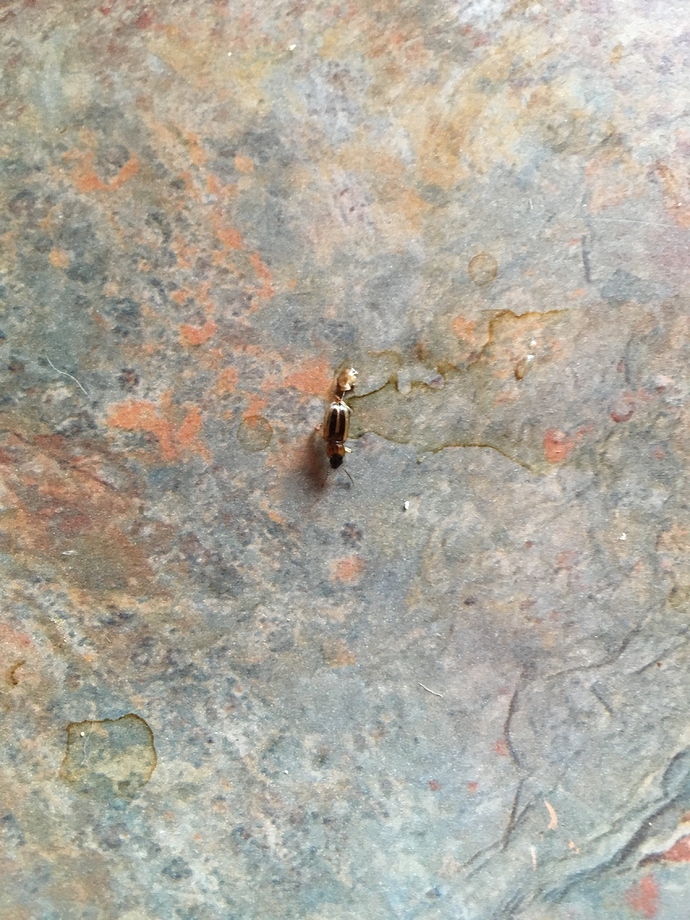 Could it be one of the scarabs?

No clue. I don’t have the best memory from last year but the watermelons I stuck in late and turned to mush had 100’s of beetles in them. Similarly I’ve seen tomatoes with a lot of beetles.

Got a bug guy up the road and he just stopped over. What that is is a bug in the same family as mealy moths that you might find in an old box of pancake mix; if you have bins of dog food or cat food; anything with grains. Bags of flour, whatever. No concern at all.