Hello! I was walking today and came across some wild berries. They appeared to be trailing berries at first but after looking closer, they may have just been really long canes from the long growing season here in Santa Barbara.
The interesting thing is that there were practically thornless canes (you could feel very small thorns at the underside of the leaves) and these canes were intermingled with canes that were extremely thorny. They were from different plants though.
I got a couple pics of the thorny and thornless and some almost ripe? fruit that was pecked by birds and some fruit that was turning deep red and slightly soft but still not ripe.
It kind of reminded me of boysenberry, loganberry or tayberry. 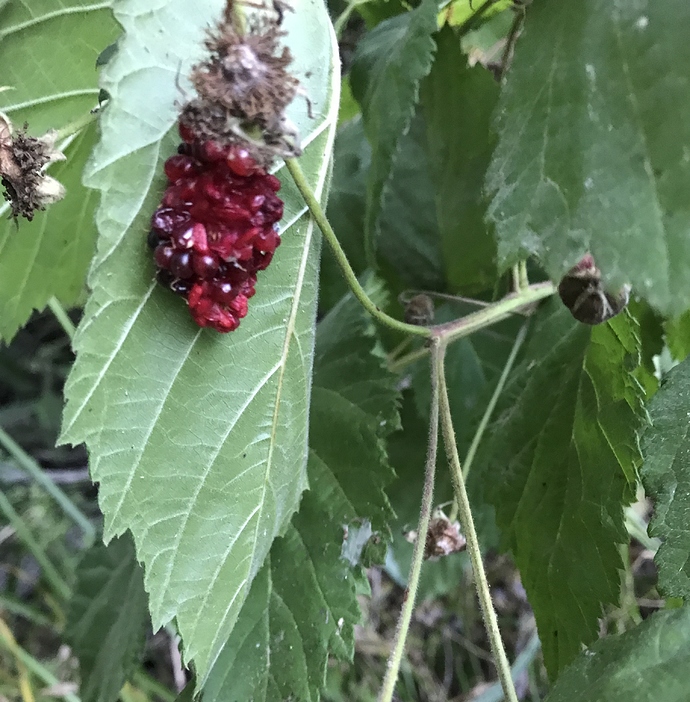 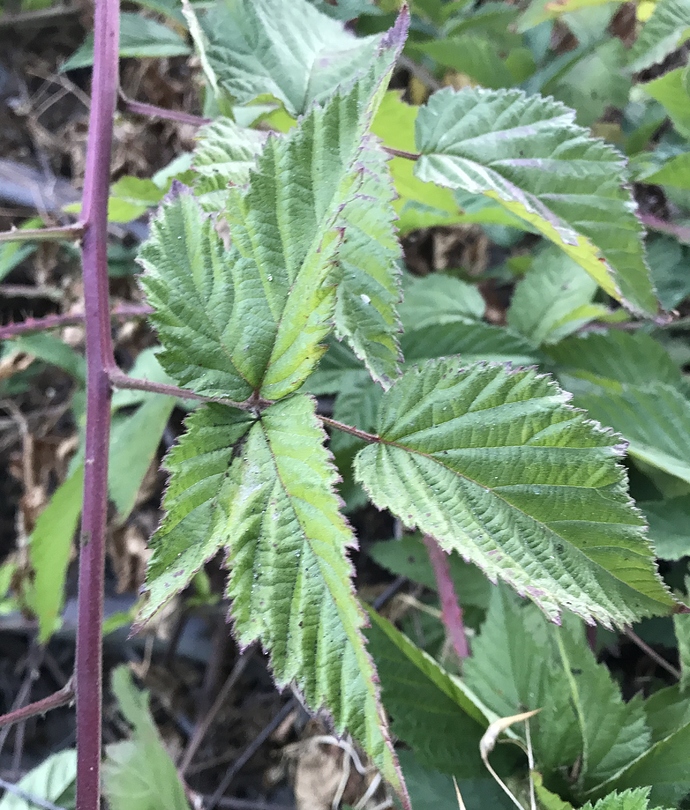 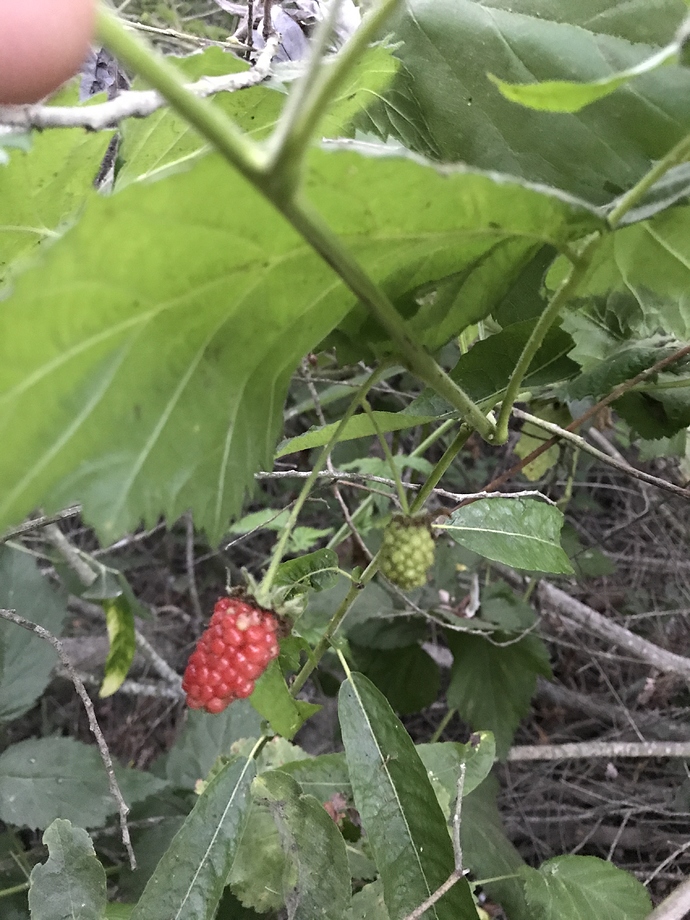 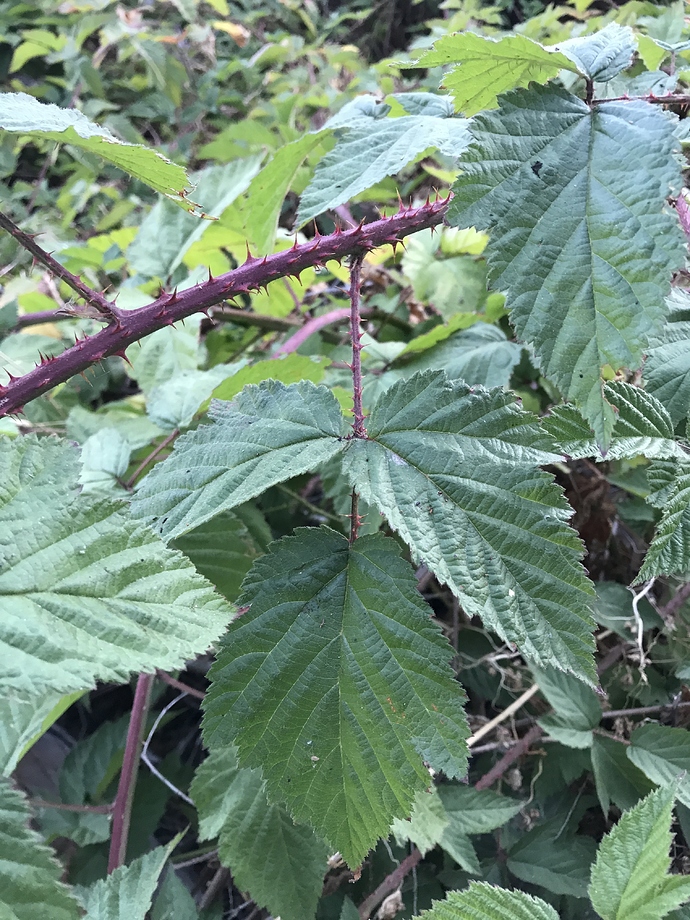 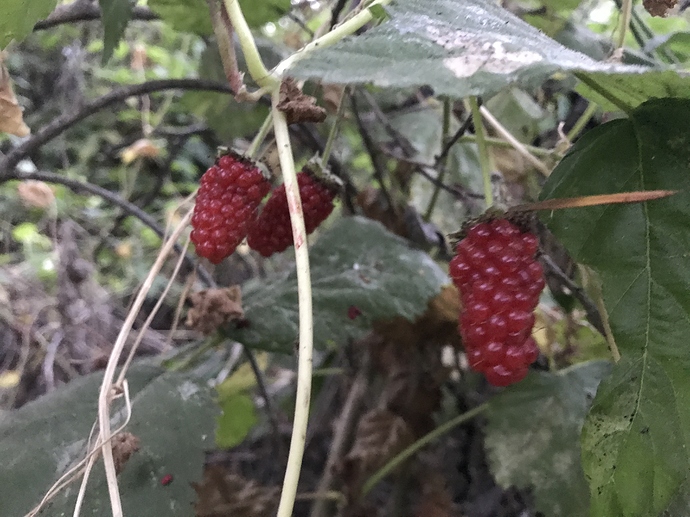 Most likely random seedling rubus caneberry plants and fruit. What was the setting: An orderly row or an uncultivated thicket? Field or maintained property?

The fruit is elongate like Logan, but yours pictured have irregular, coarse drupelets unlike the very small and orderly Logan’s. Not plump enough for Boysen. I’m not familiar with the tayberry.

No houses within 500 yards. This was growing in a ravine. Wild and sprawling

the nearly thornless cane looks like the smooth or canadian blackberry we have growing wild here. they have purplish color , nearly thornless canes. the berries are small for a blackberry but very tasty! not native to you obviously but maybe transplanted from someone that brought it from the north. i just transplanted a bed of them in my yard. the canes are very showy in the winter here against the snow.

maybe spread by seed from birds?

Sounds interesting. I love finding oddities. I’ll transplant some and see how they do growing in a controlled environment. There was only one berry ripe that I was able to try and it was quite tasty.

they ripen in late august here. might get 2 crops in your area !

Just went and dug up a few starts. I found this one that has a nice example of what some of the fruit will be. One was ripe and quite good. 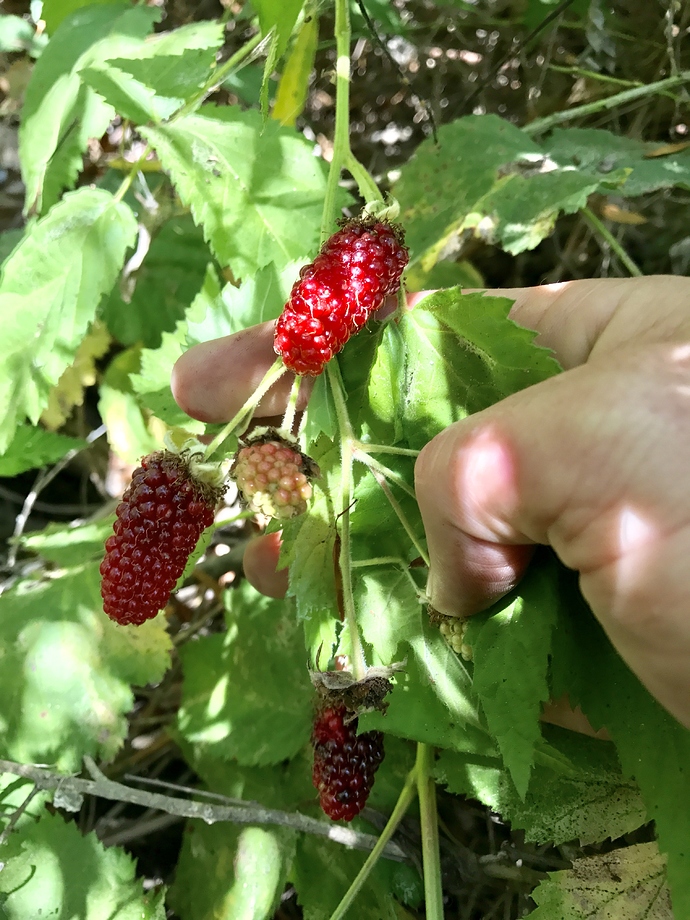 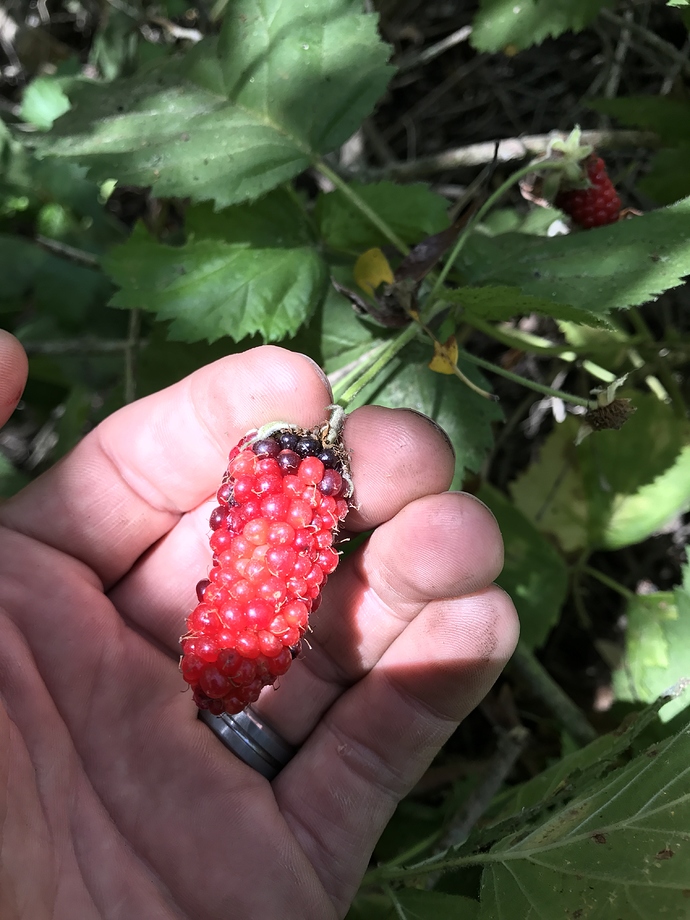 those are some nice berries. double the size of the ones i have. may be something other than blackberry or a thornless blackberry cultivar spread by birds. either way its a good find!

It is similar to tayberry. I’ve grown that for several years but after looking at it again today, i no longer think it is a trailing type. the canes are just really long bc of the growing season here. Also, Tayberry have way more thorns than this and are less prominent but more “hairy”. The closest I’ve grown would be loganberry but this is definitely not that.

I have a few planted now. If they turn out great, I’ll update and have it tested for disease and then give out starts to anyone interested.