I want to try making my own pickles, and so growing my own cucumbers for pickling. After researching the topic of cucumber cultivars, I’m a bit overwhelmed with all the info. I had never before realized there were things such as gynoecious and parthenocarpic cucumbers. Add on top of that disease resistance, bush form, etc, and the amount of variables are huge. And I’m finding most seed companies do not specify if a cultivar is gynoecious. They’ll say ‘hybrid’, but I’m not clear what that really means in terms of characteristics.
It seems like a gynoecious pickling cucumber should be way better than some of the old heirloom ones in terms of productivity, but I wanted to get other folks’ opinions, on what their favorite pickling cucumber is, and why, especially if they’ve tried both mono and gynoecious types, and still prefer the monoecious for some reason.

From my research so far, Iznik - being both gynoecious and parthenocarpic - sounds nice. Calypso - gynoecious but not(?) parthenocarpic - seems to be often mentioned. But there’s tons more and some I haven’t found good details on. I don’t intend to try to grow them in containers this year, but in the future might, so smaller habit may also be good to know about. But I can trellist the in-ground ones up 6’, so if larger gets me more cukes, then great. I’m especially interested in smaller pickles to eat whole, gherkin size up to maybe 4" ideally. I’m zone 5b if that makes a difference. We definitely have cucumber beetles here.

And maybe also your favorite site to get them. I hate to have to piece together seed orders from multiple different sites. But simply finding a site that has both a good selection of storing onions, and goes into detail on cukes, is proving to be a challenge.

ive used just any kind of cucumber in mine and still had good results. i cut mine in spears to fit the jars im using. slicing may require cutting in half length ways then slice for bigger cukes.

For me, production has never been a problem, heirloom or not I’ve always had cucumbers coming out of my ears. The major problem for me has been cucumber beetles and the resulting bacterial wilt. I have decided to expand my use of row cover this year (for all crops including cukes). I chose the following cuke for both being parthenocarpic and open pollinated. Allows me to grow them under cover as well as save seed. 2 huge pluses in my book.

The last several years our Wal-Mart has had the Mis Pickler hybrid pickling cukes… and I have had very good luck with them.

I made near 5 gal of pickles last summer… and still have two half/gal jars left in the fridge.

I ferment mine…real pickles… loaded with probiotics (Lactobacillus) and use garlic and dill for main spices in the ferment… some mustard seed, red pepper flakes, black pepper corns… they are very good.

Below is a youtube vid if you are interested in fermenting…
You should try it if you never have, they are very good, and very good for you. 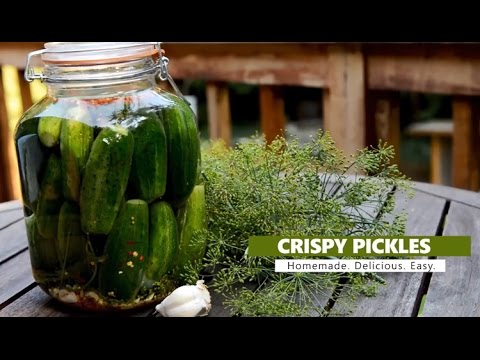 Nothing fancy about the Mis Pickler… except they make loads of nice pickling cukes in a short time too.
I found them on Gurneys… link below… but you may find them at your local walmart or coop… 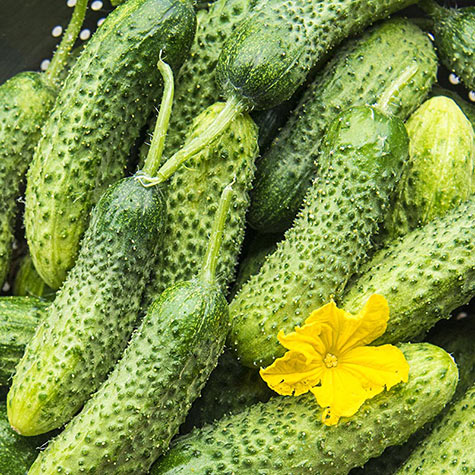 I have never thought of one cucumber to be a better pickle then another in 5 years of growing them, it’s about spices and harvest time. Some of the asian varieties are by far the best fresh eating, the sweet flavor reminded me of melon! My only problems with them are keeping up with pruning and those voracious cucumber/japanese beetles. I got away without spraying herbicides last year by spending 2 beers time picking them off at night every few days. The eggs are also kind of obvious little eggs at the bottom of a leaf. Be warned they are part of the stink bug family 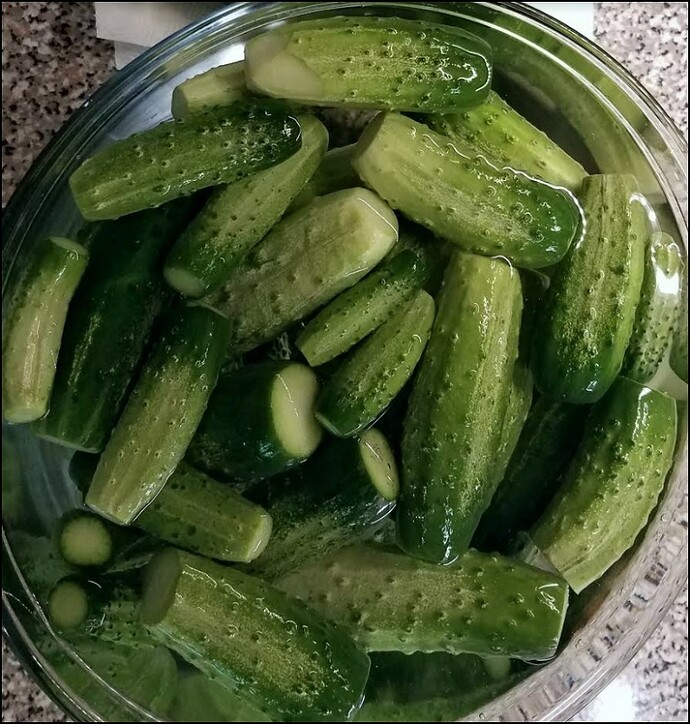 For me, the best pickled cucumber is firm inside and tender outside - the skin. I was not able to find it in American varieties. I stack with European ones: Diamant hybrid and Crispy Crunchy Hybrid. Both parthenocarpic as I grow them inside net cover and gynoecious . They grow well in vertical structure and require good weekly feeding to produce well. I also pickle the smallest fruit possible - they have more tender skin.

Thanks all. And you’re right JimmyM, I wasn’t really thinking in terms of taste. I don’t actually like fresh cucumbers at all. But pickles I love. The pickling process I would think would override any fresh taste differences between cultivars. But I was more concerned about traits that affect production (parhtenocarpic, gynoecious), disease resistance, and more subtle things like thin skin like galinas mentioned. I like Evertt’s thoughts on the parthenocarpic trait allowing them to be productive, but covered, and maybe keep out the cucumber beetles. That sounds like a huge benefit to me.

I only have a 15’ row allotted, so was hoping I could produce enough in that space that I can make a few jars at once, rather than just 1 jar at a time, because canning requires so much setup and time investment, and heat in the house. But @TNHunter 's fermented suggestion sounds good, since I guess no cooking is involved at all? From reading the comments on that video, you can have a jar fermenting and add more pickles as you get them? How long do pickles like that keep in un-refrigerated storage? Or do you have to keep them in the fridge? Oh, and can you use just any old grape leaf? I have some wild grape vines nearby…

Give the fermenting a try, you will not be sorry. It is not complicated and makes some very tasty pickles.

I use mostly half gal mason jars, with the fermentation lids below (amazon link)… Makes it so easy.

I started my Cukes Late April last year… a 10 ft double row… I think I had like 12 cuke plants (started from seed in the dirt)… it made a massive cucumber jungle… and once they got started producing I could pick enough every 3-4 days to ferment a gal of pickles (2 half gal jars) and have a few left over for fresh eating,

The salt brine I use is 1 tablespoon salt, per cup of water.

My cukes and pickling was DONE last year by early-mid July… and I followed them up with Green beans and got a good second harvest of fall green beans.

I have two half gal jars out in the garage fridge that have not been opened since I put them out there.

A couple weeks ago, I opened another half gal jar of fermented pickles… still crisp, tasty…

That is 8 months after I stored them in the fridge.
I am hoping these will last me until June when I will be making more. Looking good so far.

PS… I put Bay leaves in my ferment… I have a Grape Vine (Seedless Concord) and tried grape leaves once, but the just were not as Crisp and crunchy as when I used Bay leaves.

In a half gal jar, i will put 3-4 bay leaves in the bottom, then when I have the jar about half full, another 2-3, then put another 3-4 in the top area. No one wants mushy pickles… put plenty of bay leaves in there and they will be nice and crunchy.

I found one little pot of dill at our local walmart… that had 5 dill plants in it.

I carefully separated those and planted them in a new food forest bed… and grow they did. I did not know what to expect but they got huge and quick too. I cut the dill weed and slow dried it and had plenty to make all the pickles I wanted last year. I still have several bunches of dill weed left over too.

Too bad I can’t grow a Bay tree here… too cold. But our local walmart normally has bay leaves and that is what I use.

When I buy from the store I buy kirby cucumbers if I can find them. I mostly do quick pickles and I find the kirbys stay firm and crispy longer than other varieties. I love them. Of course overall condition of the cucumber just before you pickle it makes a huge difference also.

Cucumbers are my nemesis in the garden. I just can’t grow good cucumbers consistently. I find Kirbys at our local Korean grocer for next to nothing. I quit trying to grow my own.