Has anyone found a good tasting crabapple? Looking for something that tastes good fresh would love to use it in preserves. Saw some good reviews of transcedent but was curious if something better exists?

Wickson has a good reputation for fresh eating.

Centennial is a good tasting crab.

Have both wickson and chestnut. Both are excellent. Wickson is intense.

Are you looking for crabapples outside of Malus Domestica? Why are you interested in crabapples?

Centennial, Kerr, Bastian Orange have all been great here. ‘Callaway’, an ornamental with 1-1.5" fruits is a long-time family favorite here - you can fill your pockets and munch away…
As others have suggested, Chestnut, Wickson, Trailman, Whitney all get good to rave reviews.
Almata is the best red-fleshed crab I’ve grown… really the only one that survived here that you can eat out-of-hand.

Are these crabapples pest resistant, or need regular apple protection?

I am a laissez(or, maybe just lazy)-faire orchardist. I spray nothing, do nothing for pest/disease control on anything. Barely prune - and even at that, only in ‘formative years’. lol
Yes, they get PC lesions and Codling moth infestation. I just eat around (or just eat) the insect larvae and damage they cause.

The ones growing in the backyards of many southern homes appear to be mostly resistant to pest. Bill

Soft-flesh crabs can be a lot worse for bugs. The only apples that PC can mature in are crabapples, larger apples crush the larvae to death as they grow. The hard-fleshed crabs seem a bit better for bugs (Wickson, Kerr).

larger apples crush the larvae to death as they grow

Interesting. I’m assuming that this is also why some unprotected pears are disfigured with that familiar smiley face but the damage doesn’t go very deep. Bill

I have some Apricots with smily face scars. I wonder what’s causing that.

My seedling crab apples are very delicious! They are fairly disease resistant but like any apple part of that resistance or lack of resistance is location. 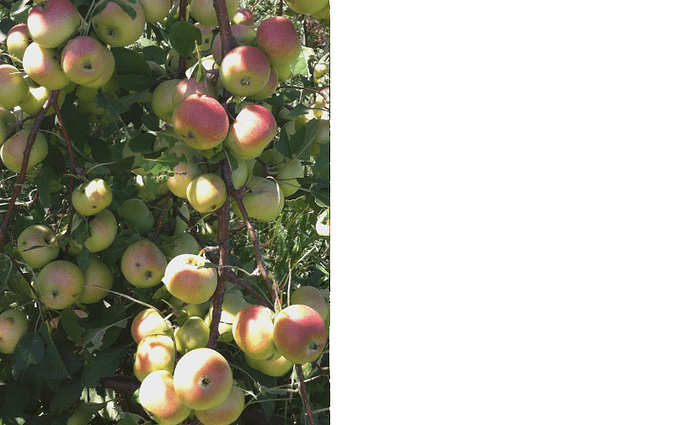 I hope its not curculio. I didn’t think they made it to California.

What do you say? 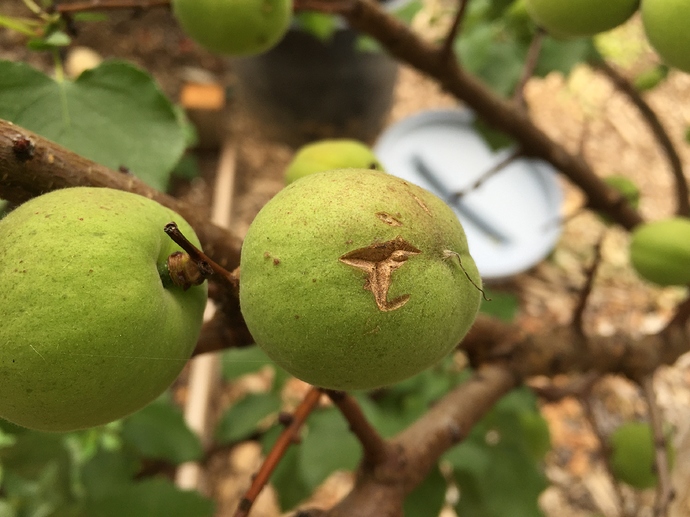 That doesn’t look like curculio strike to me. Theirs is more like a plain ( .That looks more chiseled, like something pecked at it or tried carving with a cuneiform stick.