Anyone who wonders where the cambium is can easily see in that video.

Need good straight wood for that technique. I’d be tempted to clean up all that loose bark.

Anyone who wonders where the cambium is can easily see in that video.

That’s an excellent point. I’ll add that if you ever hit the pith with your blade, you’ve gone too far. And, you should start again with a new cut (such as when veneer grafting or cutting off buds for various bud grafting techniques).

What type of tree is that? Is it pecan or walnut?

No I think it’s Chestnut. I don’t see the scars under the bud present on walnut or pecan.

I see, do you think that graft would work on walnut? The seedlings grow straight and smooth like that

Heck yeah. All nut trees. You’ll bump up your takes incredibly. Should be done on fruit trees too.

Very cool! I enjoyed watching this! Very good ideas an learning for me

All these bird songs …

I am totally confused, hmmmm.

Translates into Ring or Flute Coupling. To save you the horror of searching for this yourself (lots of disturbing surgical images appeared) here are some links. 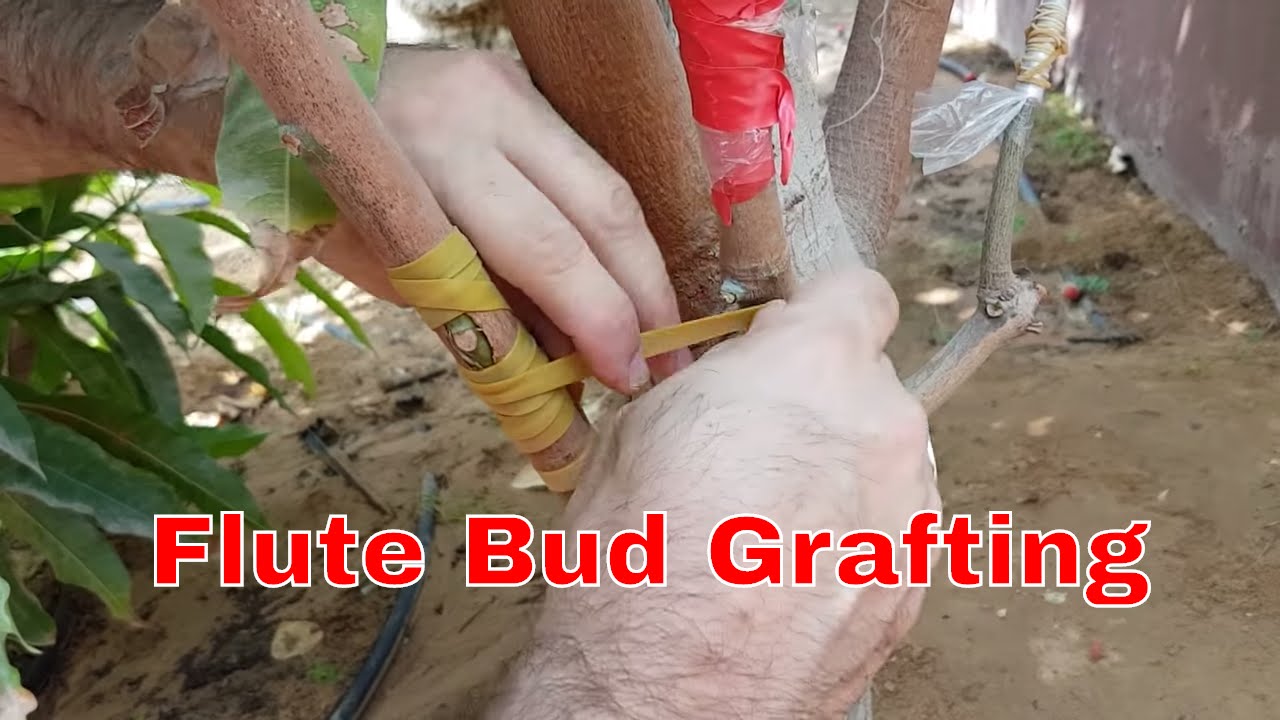 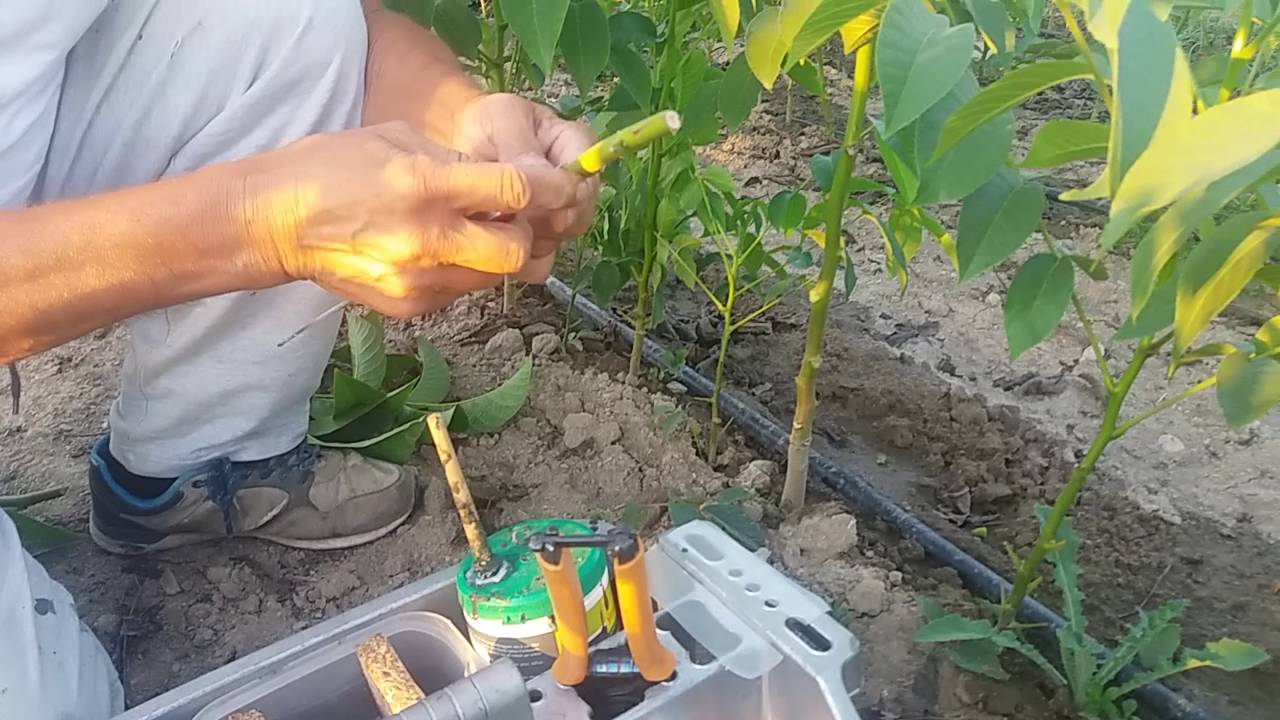 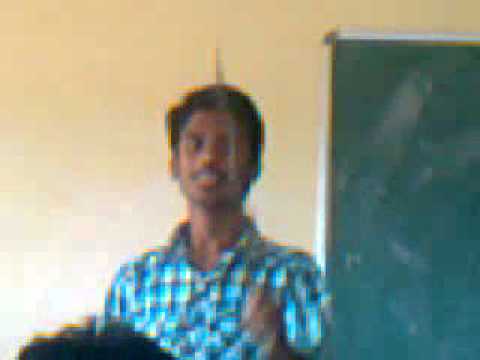 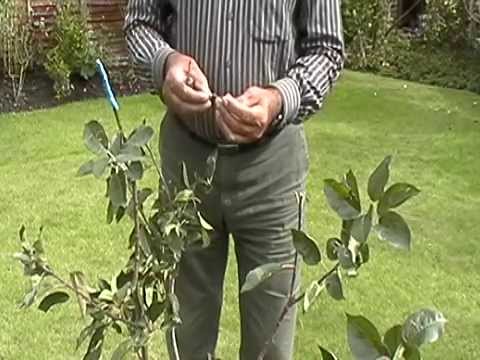 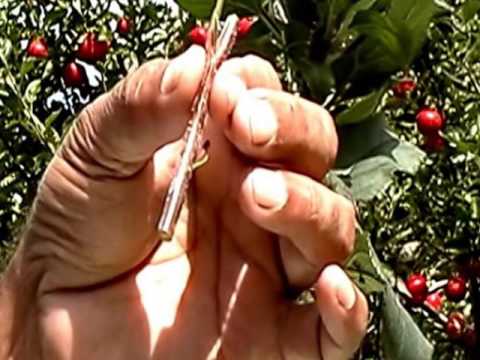 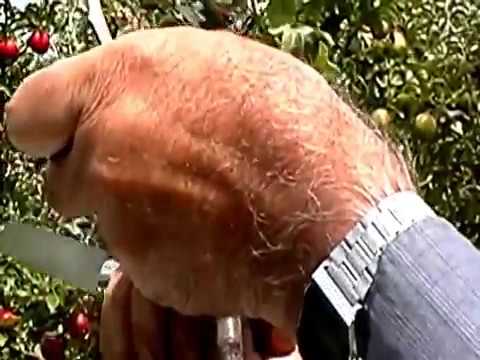 Flute grafting: this is the most difficult method of grafting. It is carried out in May, when the sap has risen in the trees. Two branches are selected, one on the rootstock and one on the good species of tree one wishes to propagate. These two branches should be of the same breadth at the parts at which they are to be joined. The branch of the rootstock is left on the stem: only the end is cut three or four inches above the intended point of the graft union. After having made a ringed incision underneath, all of the bark is removed along this three or four- inch length. The good branch is then detached from the tree and the end is cut above the area deemed to be of a suitable breadth. A ringed incision is made in the bark of this scion to produce a tube about two or three digits wide, furnished with two good buds. [3] The tube is removed skilfully by pressing and turning the bark with one’s fingers, taking care not to damage the buds. It is then slipped on to the barked wood of the rootstock branch so that it covers the wood and joins up with the bark remaining on the rootstock. If there is any roughness, it is smoothed with the pruning knife. Lastly, the top part of the graft is covered with grafting wax or clay, and, more commonly, small wood shavings are brought down on to the bark by cutting the upper end of the wood, which is still barked, all round with the pruning knife, thereby forming a type of crown protecting the graft from the air.

This method of grafting is rarely used, except on trees such as chestnuts, figs, olives, walnuts, etc. which would be difficult to graft by other means.

Flute Budding – similar to patch budding but the patch of bark that is removed from the stem of a rootstock almost completely encircles it except that there remains a narrow strip of bark (~1/8 the rootstock circumference) that connects the upper and the lower parts of the rootstock. The bud patch is prepared by two horizontal cuts about 2.5 cm apart (the same length as in the rootstock) in circular motion around the stem. The two cuts are then connected by a vertical cut and the patch of bark is separated intact from the wood. The circumference of the bud patch may be shortened by a vertical cut to fit into the rootstock.

Ring or Annular Budding – a method of budding the procedure of which is closely similar to the Flute budding technique. It involves the removal of a complete ring of bark from the rootstock without leaving a strip of bark that connects the upper and lower parts of the rootstock. As a result, a portion of the stem is girdled as if in preparation for marcotting. It is then replaced with a complete ring of bark with the same size from the budstick. Compared to the other methods of budding, it is rarely used because should bud union fail, the upper part of the rootstock above the ring may die.