I wanted to add some black locust trees to my orchards. We have a nice small grove of them in our woods (rather on the edge of a wood, growing with black cherries). Last year I transplanted two small suckers but thanks to a vole epidemic that winter there weren’t many undamaged young ones so I didn’t want to take too many. But I still wanted a few more. So this spring as soon as the the ground was fairly clear of snow I found a nice 1/2" root to pull up and cut for root cuttings.

It was easier than I thought it would be (had never tried root cuttings before). Cut it into three 5" pieces and stuck in a pot of DE/potting soil mix (heavy on the DE) down about 1/2". This was 4/15. Set the pot on the floor of the greenhouse, maybe 50 degrees, later 60. By the end of May one was growing, another 1st wk in June, 3rd mid June.

A few days ago I carefully dumped out the cuttings and happily they all had roots. Transplanted them into the nursery plot in the garden (sheltered from the sun for awhile with a covered plastic jug. They seemed to have settled in nicely. 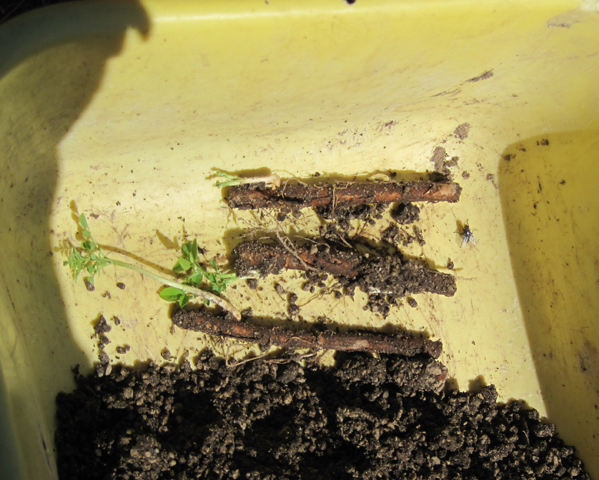 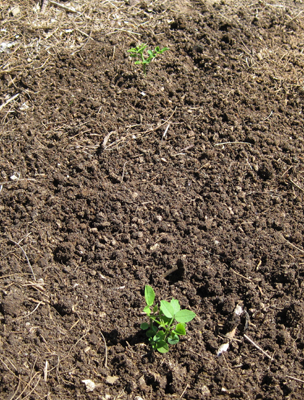 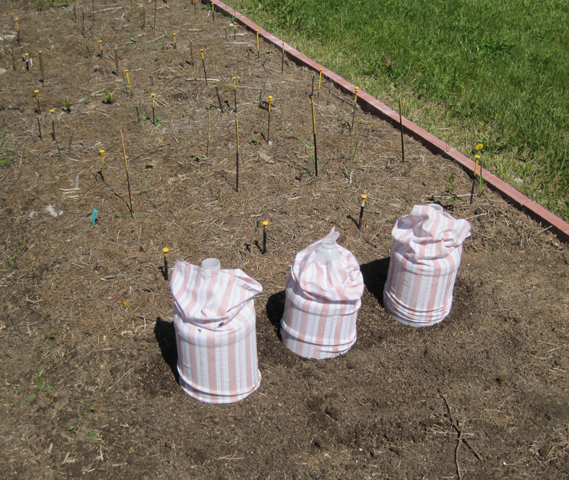 The older transplants (which were 3-5 ft and branched when I moved them) grew well last season and started leafing out nicely this spring. Then we had a 24 deg night June 4 and they froze (the leaves). I was bummed and rather surprised since we’ve had a long cool spring with no sudden heat spells like last year. Thankfully they are regrowing and I hope they settle in and get used to the new environment which is more open. Sue

Nice, what are they for? Landscape, firewood, shade?

In the orchard they’re for diversity, nitrogen fixer, and pollinator blossoms, kept to about 12-14’. I’m also going to plant a few in another part of the property to get a 2nd woods patch started. The current ones we’ve cut a few for posts but it’s not a large group of trees so cutting is minimal. If one dies we’d use it for firewood but mostly we just let them grow. They’re a nice tree and we’re glad to have some. They aren’t native here and aren’t real common here abouts. Sue

I’d heard they’re allelopathic, made me think they might not be the best choice. Have you noticed anything changes around them?

They are abundant where I’m at, but… Basically all the large ones are dead. All you see are small/young trees. Something has basically wiped them out. Great for firewood and posts.

Black locust wood is more resistant to decay than any redwood or cedar you can buy if you can get it to a size you want for lumber use.

Our black locusts are growing amidst the usual array of early succession trees, undergrowth and vegetation that is common in our woods/fields. Stefan Sobkowiak, commercial diverse orchardist in Quebec has black locusts growing close among his fruit trees and apparently hasn’t a problem with that. Here they appear to be a friendly companion. Sue

That’s a bummer to be losing them. I’m glad we have what we do. We’re losing our larger elms, again, and though we appreciate the firewood we’d rather have the trees. Sue