Did anyone get a chance to get one of these? 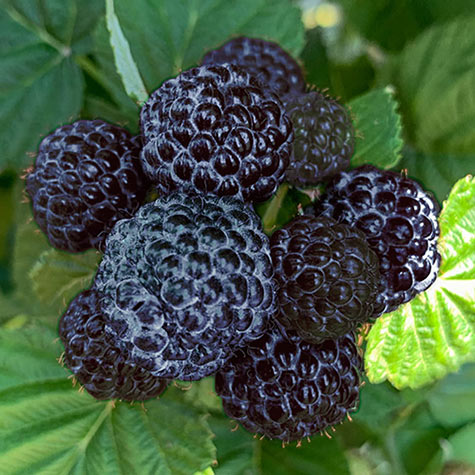 Grow black raspberries without the thicket of thorns! Strong, productive canes carry only lush leaves and the sweet, deep purple fruits. Bountiful crops ripen on self-fertile plants in mid-June to mid-July in most regions. Then, let the pain-free...

I E-Mailed them several times asking if it was Primocane or Floricane fruiting.I never got a straight answer.

Thank You very much!

Since it is unusual for most black raspberries to fruit on primocanes, it would definitely be part of the marketing to hype it up if it was a primocane bearing type. The June/July ripening time also hints that it’s a floricane bearer.

My other everbearing varieties heritage red fall gold… do fruit on primos the first fall… but these OTBs did not produce a first fall crop on the primos.

The OTBs are looking really good now for a spring/summer crop… perhaps the new primos this year will fruit this fall… hope so.

Gurneys and Stark get plants from breeders that nobody else really wants.

Examples- They both have primocane fruiting blackberries. One is thorny and one is thornless. (Prime Ark Freedom and Prime Ark Horizon) Black Gem and Black Magic which are sisters but did not make the cut.

I could be wrong but while the Born Free is thornless it will probably have berries that are crumbly or small or something that knocks it down a notch or two.

In a few years or so there will likely be a thornless black rasp on the market that is more refined. Just a theory though.

$25 plus shipping for one plant is kind of gouging. Kudos to them for selling out though.

I haven’t tried them personally, but Ka-bluey and Kanga rhu were the only things I was really interested in from Gurney’s because I can’t justify their pricing even with their discounts. If I could get it down to 15-20 per plant similar to what I’d find elsewhere for a “premium variety”, I might bite but it doesn’t seem to happen. They do have romance cherries and Ponca as well but both are a better price elsewhere. A thornless black raspberry sounds interesting, but the thorny one I grew from seed is not extremely thorny, so I’ll go with it for now.

I added some Ohio Treasure blacks…

I just bought this one too. Planning to get it in the ground tomorrow.

Also, last year one of my black raspberries sent berries in the fall. I tagged it, took seeds and am trying to reproduce it. Maybe one day I’ll have something to “introduce” to the world.

Thornless black raspberries have been around for ages but almost never commercially. One of the earlier ones was called Ebony if I recall. They also bred one decades ago in Scotland but only used it to produce Glen Coe purple raspberry. Obviously it was nothing worth releasing in their opinion. I think a breeding program in Poland released a new thornless black cap recently, I’ll have to check that out.

So yes, I think the previous poster is right in assuming these varieties might be somehow lacking compared to established varieties.

@FarmGirl-Z6A … I bought a 3 pk last year and actually got 4. Gave one to my daughter and I planted 3.

Mine were slow to take off and grow… and one actually died… the other two lived and eventually kicked in and grew nicely. The one I gave my daughter also grew nicely.

Tipped them at 4 ft… and they sent out several nice laterals that grew quite long… but did not fruit last fall (as expected). 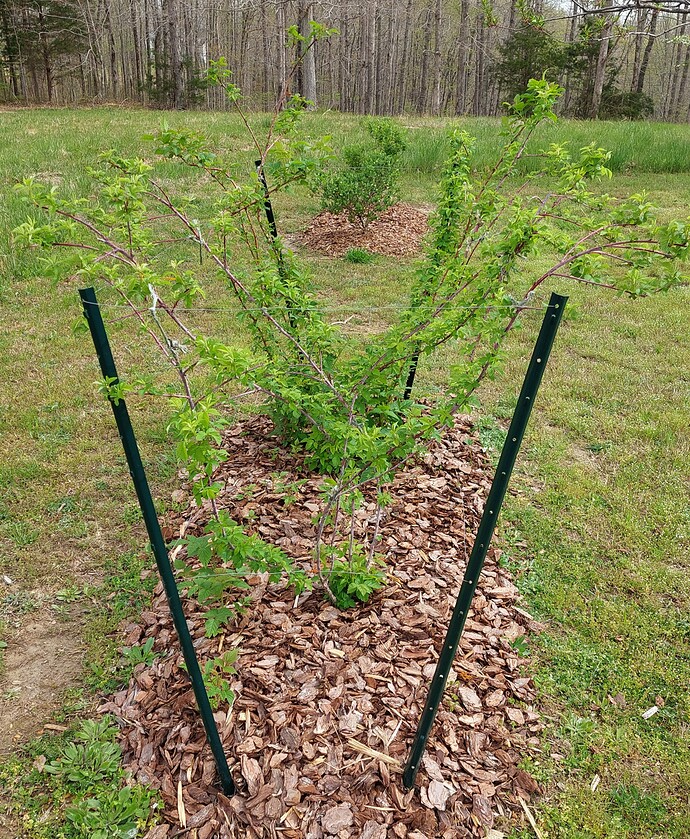 There are 2 OTB in this little bed and some heritage reds on the far end. You can see how the OTBs branched out nicely on the ends after being tipped at 4 ft.

I also am adding Ohio Treasure… berries are reported to be soft… but its a double cropper.

Parents are- Josephine and Caroline Reds with Dundee and Jewel blacks.

Seeds from Ohio Treasure will likely result in a Purple Rasp.

Should bear fruit late June and again in mid October.

So far the only black raspberries I have tasted are from my mystery black. They are smaller than my reds and golds… but wow the flavor is great.

If all blacks taste that good … I need more blacks. My favorite by far. I hope the OTBs taste similar.

Jewel is for sure worth growing. Bristol is a beast also worth growing. May as well add a Mac Black too. Niwot is ok. I will know more about it this year. Highest hopes for Glencoe… spine free and purple. Hard to find online but Lowes has some very nice plants this year.