Bradford pears should be an invasive species

I never realized how invasive they really are until this time of year there are wooded areas here there are nothing but them. It got me to thinking about with the Bee population dwindling how would I get good pollination if my fruit trees are blooming at the same time as all these damn Bradford’s. Or is that nothing to be concerned about

I’m never seen a bradford or a cleveland in anything but a parking lot decoration or a house front setting.

Actually, they ARE on Invasive Species lists in many states, Mike. Applebacon, the Bradford pear was supposed to be pollen-sterile, but we soon found out that was not the case. They cross pollinate all kinds of things, and produce invasive hybrid seedling trees all over the place, reverting back to the features of callery pear, with wicked long thorns. They were used here in California back in the '60’s as landscaping trees, and very soon fell out of favor due to their stink, their weak wood and short lifespan, as well as spreading and invading our natural habitat:

The flowering pear tree is a visual headline signaling the return of spring and approach of summer. But this year, it’s making another headline -- as an invasive species. 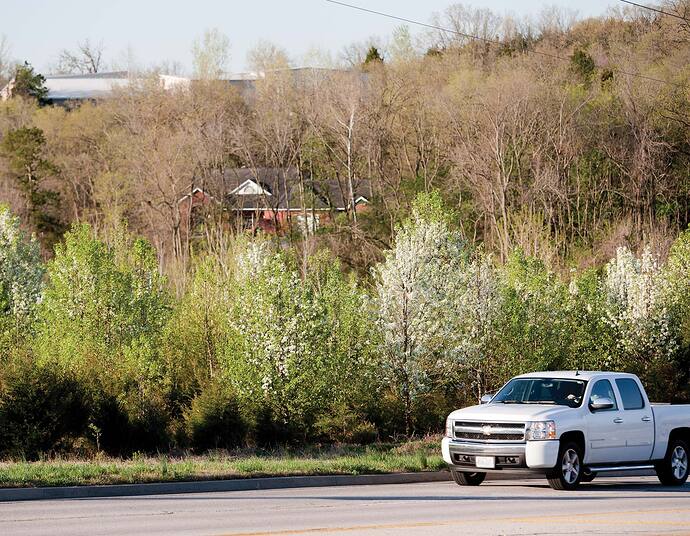 Avoid invasive trees such as Bradford pear in landscape plantings 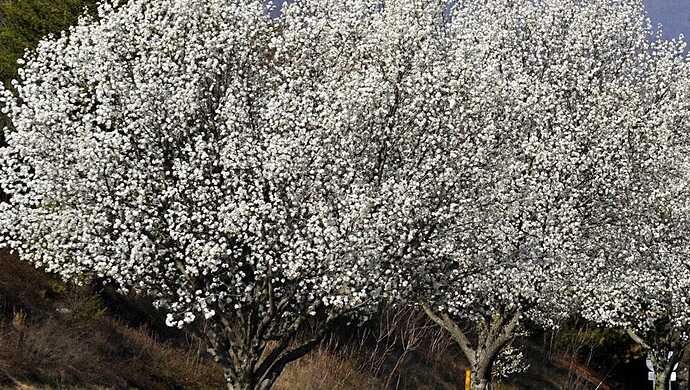 The Curse of the Bradford Pear

All those white blooming trees you see everywhere……..do you think they are pretty? If you knew what they actually represent, you would choke on your morning coffee and gag on your scrambled eggs.

Here the most common place to see wild " Bradford " pears is in empty lots and fence rows near housing developments. The birds eat the small fruit then disperse the seeds in nearby perch spots. I suspected that the yards would be full of them if they stopped mowing .

No kidding? Man we have nothing like that here, thats pretty wild! After seeing Clarks thread back to 2015 showing a row of them growing wild I’d have never guessed that.

they were a popular tree to plant in new neighborhoods down here back in the '90’s. You’ll find them all over the place…guess they were low maintenance and added some quick aesthetic beauty which is was they put them in.

@mksmth – Pears don’t have the best nectar – bee’s aren’t that attracted to pear flowers for that reason. So I think you might be OK provided you want them to pollinate something other than a pear.

I believe in parts of Texas, some towns have forbade any plantings of them because of their invasiveness, but also because of them being bird magnets, and hence noise and poop generators.

They are blooming all over the place here in the Tulsa area.

@mksmth – Pears don’t have the best nectar – bee’s aren’t that attracted to pear flowers for that reason. So I think you might be OK provided you want them to pollinate something other than a pear.

That might be true. My neighbor has a huge one and it was covered with bees last spring and my peach trees had not a one bee on them. I’ll try and get a picture of some of the wooded areas around here they’re nothing but white right now with all the pear blooming

In southern California they have become the primary host of fireblight.

Richard is right - in fact, my sister still has a row of them (what’s left of them) next to her house. Her house is on a corner, and they’re planted on the main boulevard strip next to her house in Oceanside. I was sitting in their backyard one day and happened to look up at them. Nearly all of them had FB strikes up at the top of the canopy. We really need to get them taken out. I warned her that any one of them could fall and land on her wooden fence. She said, “Already had that happen.” They look pretty, but they’re a nuisance tree.

There was nothing here before the church was built. these pears have popped up in the last few years 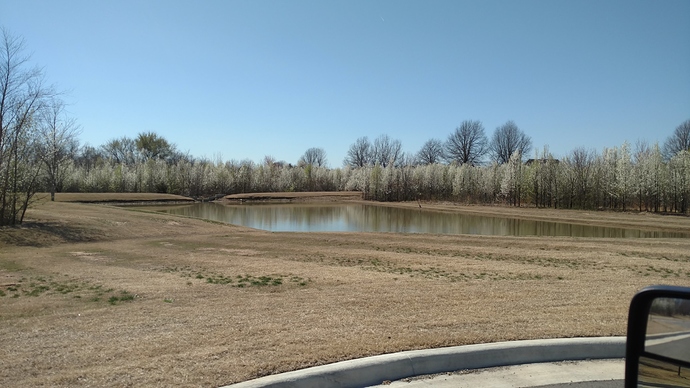 This right next to the highway by all the stores. hasnt been touched in forever. 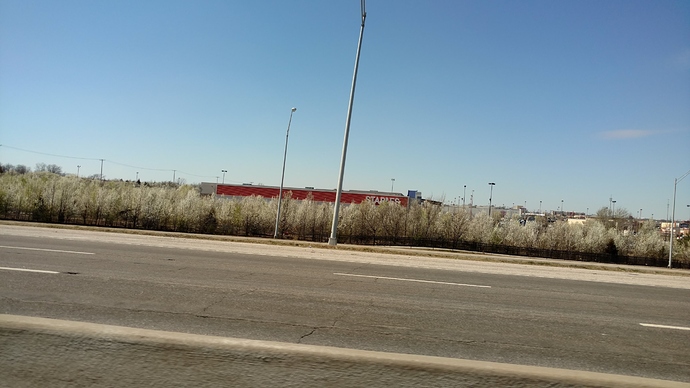 I’ve girdled a few of them planted in boulevard medians in my time, and I know a guy whose holy grail is to kill all of them in Poway.

Its interesting seeing people say they don’t have them growing wild. Here, I would honestly say that they are one of the most common wild trees we have. I don’t mean in large tracts of timber, but if there is a place that used to be a field, or in fence rows, highway medians, etc…you can be sure its filled with Callery pears. I don’t know if they are Bradford, Cleveland, or whatever, but they are everywhere and I for one detest them. I’ve heard a lot of old timers say that the kinds of places I just described that are filled with these used to always be filled with wild plums. I’m told there used to be thickets of hundreds of wild plums anywhere that had once been cleared. I’m not suggesting there is a link or competition between Callery and Wild plums, but they do apparently like the same environment and the Callery pears seem to have won out. I’m a big outdoorsman who is outside in the woods all time time- hunting, fishing, mushroom hunting, and just hiking/exploring/being outside. And yet I have never once seen a thicket of wild plums in my area. Just yesterday I was having this discussion with a farmer at City Hall who told me he used to have a thicket of wild plums and they were delicious but he cleared them to extend his planting area. However, he said there is still a couple in his fence row and gave me permission to dig up some sprouts so I’m excited about that.

Anyway, in my usual long-winded way I just wanted to add northern middle Tennessee to the list of places where Bradford pears ARE MOST DEFINITELY AN INVASIVE SPECIES!

Would it be wrong of me to kill all the bradfords that are being sold in the big box stores LOL. If i had the money I would go around every spring and buy them all up and dispose. Only problem is the stores would just order more because they think the demand is up when it shouldnt be.

I’m trying to figure out what you’re saying… You mean you went on to a city-owned median and killed the tree because you didn’t want it there? Or were you employed by the city or contracted thereby to kill the tree?

Me and my Corona Razortooth.

Nice Richard. That is called destruction of property. You may think you know better, but you do not have the right to remove or destroy vegetation on another’s property. If you believed the tree was a hazard/nuisance your city governance has the appropriate mechanisms in place to re-mediate said hazard/nuisance. The city has the right to recoup treble damage (that’s 3 times) in compensation for the value of the tree at it’s current state of maturity.

They replaced them with evergreen oaks.

That doesn’t make any difference…I certainly wouldn’t brag about this on a public forum.