Anyone ever deal with these things? http://homeguides.sfgate.com/broadnecked-root-borer-77787.html

While clearing the tree fall from yesterday I spotted a gigantic black beetle. It was massive. I captured it and identified it to be the broad neck root borer.

Reading the description states that these beetles prefer fruit trees and as the name implies feed on the roots. This is a little unsettling knowing this thing was about 40 feet from my orchard. Maybe it’s was caused the top of the maple to die and break in the wind storm. Seem like growing fruit trees sure is a labor of love. Lots of bad things to deal with in order to have a successful harvest.

Here is the monster 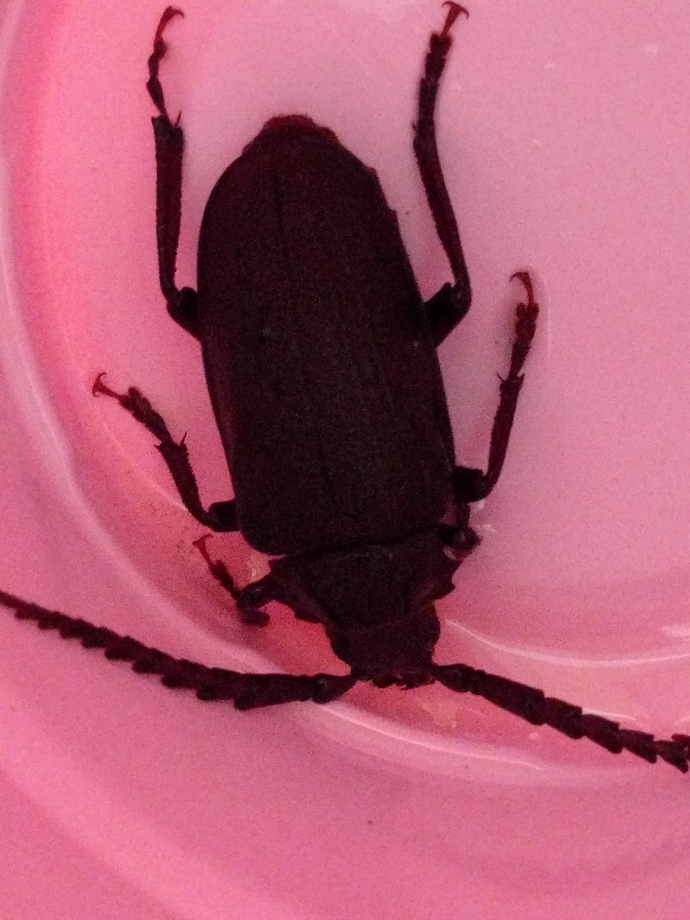 Here is the monster

I think I’ve seen a couple of those lately. One by the base of blackberries and one in a rain barrel.

I did not have anything for scale but the critter is in a red solo cup.

That is one nasty sounding insect according to your link. It’s not something that would be welcome around an orchard or any tree near a home.

I’m leery of their last piece of advice given in the article. “Spraying trees with diatomaceous earth, natural soap and seaweed is also effective against all types of borers.” I don’t understand how something like that could be effective unless they were sitting on the bark while you sprayed them.