I found what looks like burr knots today but strangely the knots were right above the graft union. I have heard of burr knots on the rootstock especially in the case of m111 but never heard of it showing up on scion. The tree is a Winecrisp on G11 in its 3rd leaf. The trunk is wrapped over this portion with mesh to protect it from voles. Any one seen anything like this?

I would suspect crown gall.
I have never seen burrknot show up after only 3yrs.
Have seen it ( burr knot ) show up high on winter banana apple trees
Have photos ?

I will try to get some pics tomorrow and post them.

How wet does it stay under the mesh?

I have had root initials (the first stage of burr knots) form on the scion when covered by tree shelters. We are in the same climate.

It’s pretty light weight mesh. In fact, the mesh I use is fiberglass dry wall tape. I put one or two wraps around the trunk to give it some protection and I change it yearly.

Having said this, this year was one of the wettest on record. Farmers weren’t able to plant until June in many cases. A lot of them switched from corn to beans in order to get decent yields. Which I am sure they didn’t want to do with the current trade situation with China. There are also quite a few fields that were left fallow.

Most years I would say it should dry under the mesh pretty well not this Spring though.

Lots of apple varieties produce their own burr knots. Some strains of Red Delicious and N.Spy come to mind, but there are many that my mind has failed to organize in a list, although I see it frequently.

Apples that do can be easily propagated from sticks of wood alone, but may be quite vigorous on their own roots.

I think a list is an excellent idea. I think a fair number of people would find it useful. You could start it here or maybe start new thread to make the list a bit more visible?

Ok I got some pics of the area in question. I also looked up and down the trunk and found some small light colored growths. In addition, I found one reddish hairlike structure unfortunately this didn’t photograph well. 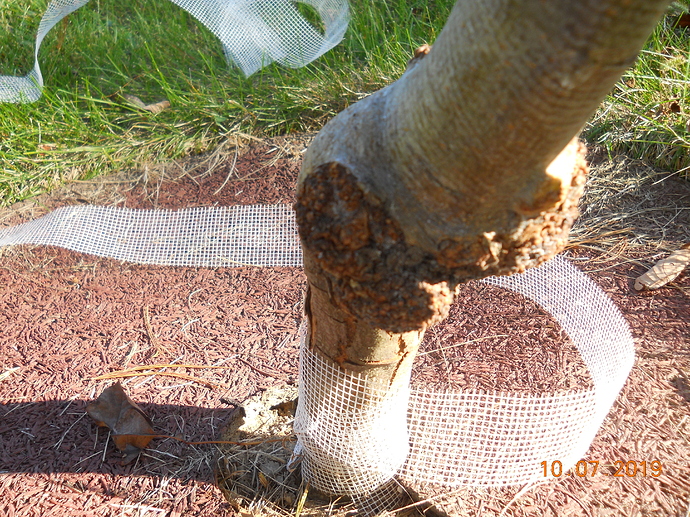 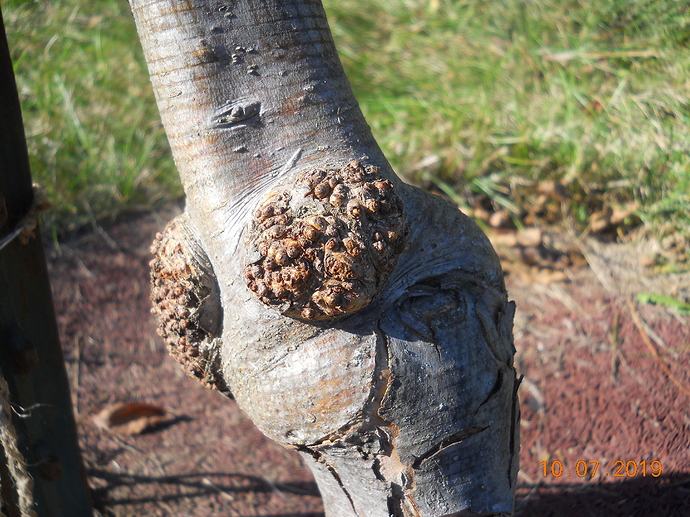 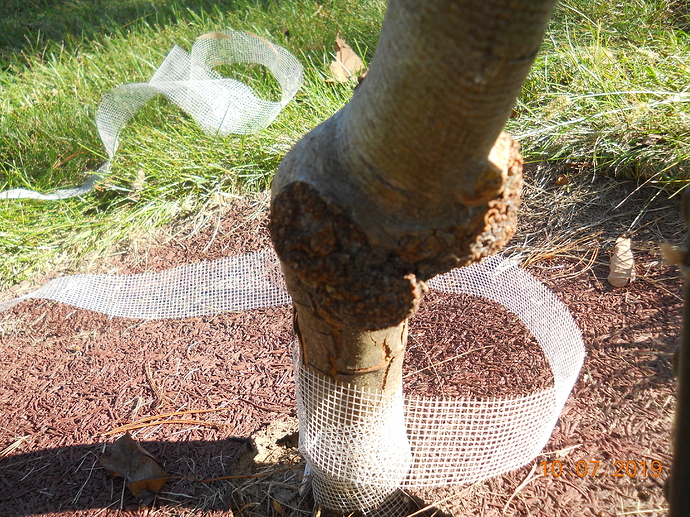 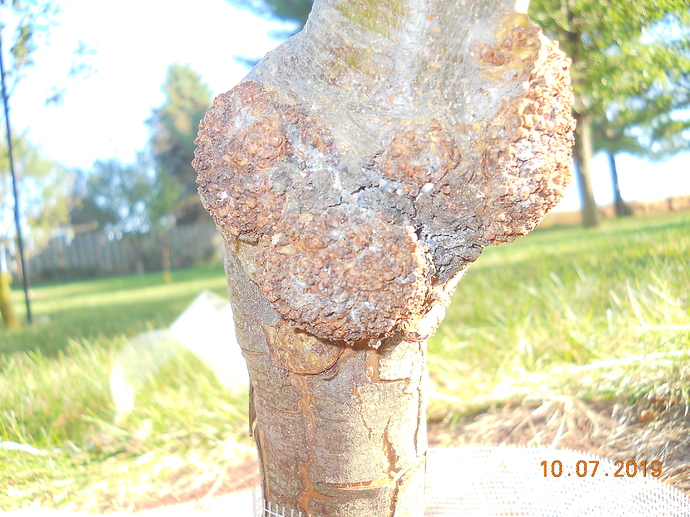 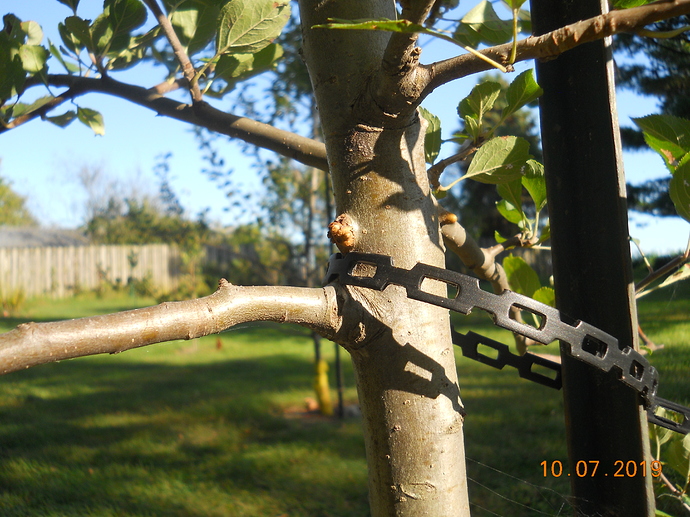 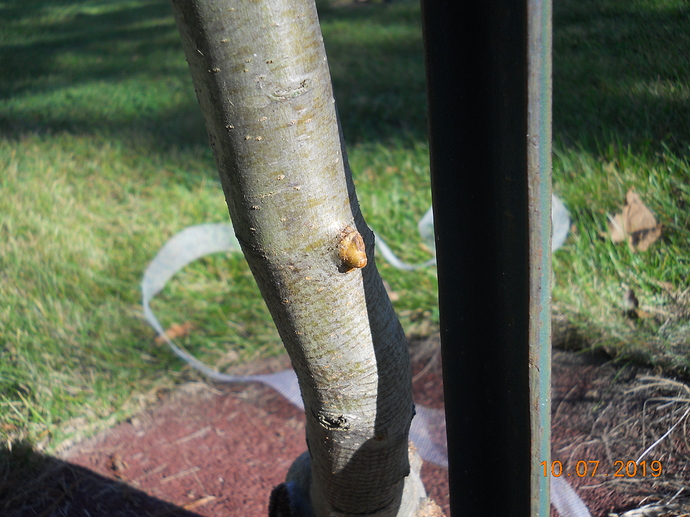 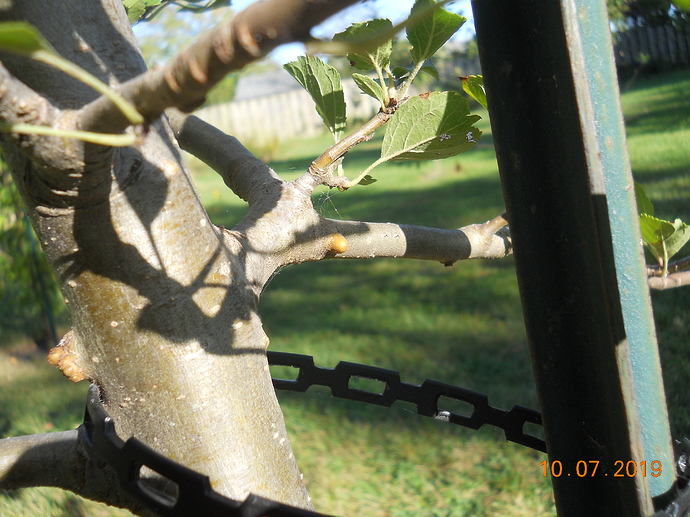 Hair structure —sorry pic isn’t that good but it gives you an idea of the color. 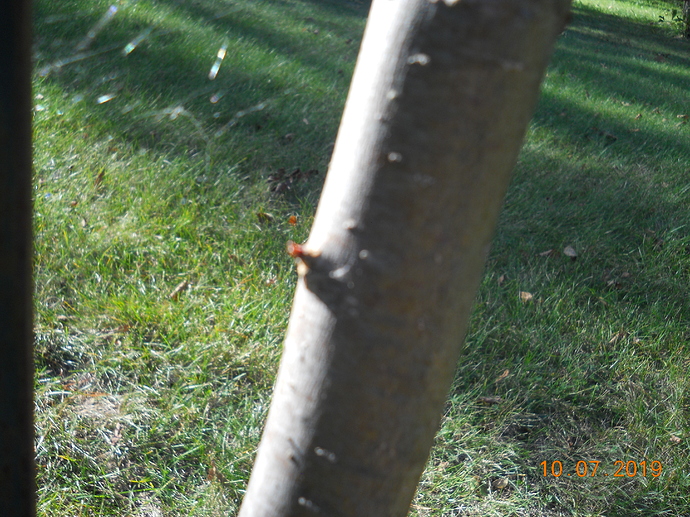 Picture of the entire tree 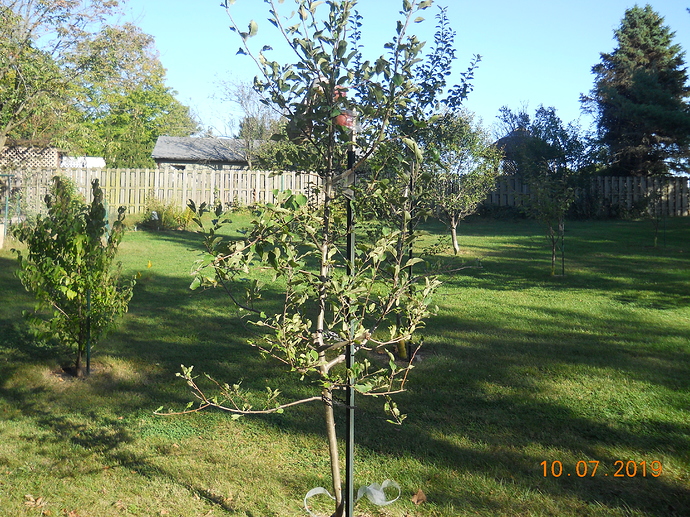 Well ,that looks more like a burr knot to me.
It can be hard to tell them apart sometimes.
I am saying this because of in the second pic…
There are little pimple like structures, (root initials trying to form) crown gall seams more randomly organized.
Maybe keep the tree rap off. To lower humidity
They are large for such a small tree

Thanks for the feedback. I should mention the tree is actually on
G16. I checked my planting notes. You said you have never seen burr knots on 3 yrs old trees. The trees that you saw the burr knots on were they semi-standard trees on m111 or semi-dwarfs or dwarfs?

Most of my apple are on MM111, so if there is more than ~2inches of rootstock showing above ground they get burr knot there.
Just a few showing this, has not been a problem .
But , the % of knot vs. trunk size on my trees is much lower than yours.
I did not notice burr knots until my trees where older.
They may have some 2inch dia. Knots on a …8"-12" trunk.
As mentioned above , I have some on upper branches of winter banana Apple that I just have for pollination.

Those other small bumps in your pics maybe,: wooly Apple aphids, more burr knots or something else?

Which tend to enjoy those burr knots. One reason they are considered a liability with rootsocks that have them. However, WAA don’t seem to be an existential issue in my area with the relatively vigorous rootstocks I use. Never lost a tree to them or spray for them.

I have woolly aphid here and I have seen them on this tree. However, I think predators make short work of them because they disappear quickly. I haven’t checked for root damage but the tree vigor is good perhaps even a bit too high for a dwarf tree.

The fact that burr knots are being seen only on much older trees is interesting. I wonder if the fact G16 is a dwarf rootstock and bears early has anything to do with the burr knots showing up early.

That’s a great topic that needs it’s own thread.

Applenut, who doesn’t participate that often here, is the person who got me most interested in the ability of certain varieties to send out roots from cuttings. He mentioned that in his African apple project they were using N. Spy as their propagating root stock for its vigor and ability to easily root.

When I first noticed root primordia above the scion union, I thought it was a disease.