I’ve read that Bartlett pears can be used to pollinate Asian pears. But is the opposite also true?

I currently have one Asian Chojuro, a Bartlett, and a D’Anjou. Planning on planting a Korean Giant in the spring. The D’Anjou has always had problems, and I think I’m going to remove it. The question is, do I need to get another pollinator for the Bartlett, or will the Asian pears do the job?

I have 2 Asian pear trees and 1 European pear tree. The Asians appear to pollinate the European just fine (as long as flowering overlaps between them).

Early flowering Euro pears have long been considered compatible with A. pears, but I believe, at this point, that A pears are self-fruitful. Of course, in many situations so are E pears. There may well be some variables on this based on variety and weather. I believe that E. pears require a warm sunny spring to be self-fruitful. Childers writes in his classic book, “Modern Fruit Science” that S. CA used to have commercial Bartlett orchards that included no pollinators- so reliable was their ability to produce fruit parthenocarpically (without seeds).

I use the term self-fruitful because I’m not sure seeds (in light of Childer’s claim) are produced without cross-pollination.

The fact that this ability can be weather dependent probably leads to a lot of confusion- not just with pears, but plums and apricots as well. Apricots that require pollination on the east coast may be self fruitful in the west.

I have only 2 euro pears and added an Asian last year. (I was counting on the euros pollinating the A)
My pears are Summercrisp and Luscious.
In this years Whiffletree farms catalogue they have added a note that the Luscious is not a reliable pollinator.
I had noticed that the Summercrisp was setting and producing much less fruit but I thought it was either a bit lazy or just slower to start since both trees are young and pears are infamously slow.
Now I’m wondering if my trio will be able to manage or if I’m going to have to add another one. (Room is a bit tight)
Thoughts? Suggestions are welcome for a fourth, if I have to go there. (Zone 5b, but I prefer to stick to 4 and below since we get arctic blasts some years)

I had a discussion with someone online about this very topic yesterday! I just can’t find reliable sources and he didn’t provide me with any either.

He was telling someone not to buy an asian pear tree as a polliniser for a euro pear tree (Cold Snap a.k.a. Harovin Sundown) as they don’t cross pollinate.

To that I asked: “So asian pears don’t pollinate euro pears? Why is that, since the contrary is possible?” Explaining to him that I have a Shinseiki tree that is being pollinated by european pears, since there is no other asian pear around (I mean, within 2 km for sure!). I planted a couple of seeds last year and got many seedlings. I now have one Shinseiki seedling growing in my yard beside it’s “mother”.

He answered that Shinseiki was self-fertile…

That information made me very confused… So I asked him how it could be possible for a tree (at least, in the rosaceae family) to give fruits with viable seeds without pollination? How could a zygote be formed without 2 sources/gametes? I mean… Some plants do produce male and female flowers and are able to self reproduce… But that is not the case with pears, no? `

To that, he answered that plants are different than humans and nature has it’s ways… Very vague…

As crazy as it may seem, I am obsessed with this question, now.

But, I am still thinking/questionning. Can pear trees self replicate via seeds? If so, what/how is my young tree gonna be?

Here is a picture of the seedling. 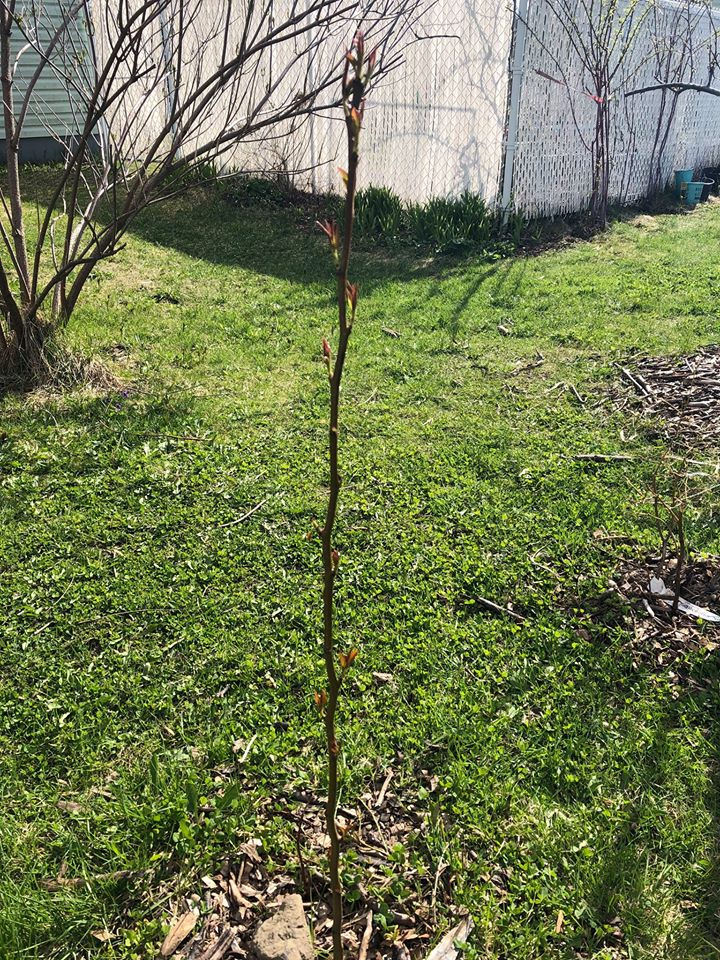 You should be fine asian pears, european pears, and ornamental pears will pollinate each other. In addition to that williams aka bartlett are unique when compared to others in warmer climates eg. California due to the fact they are partially parthenocarpic which has already been discussed here Parthenocarpic Pears

I would suggest that many varieties of pears are probably capable of parthenocarpic fruit production based on so many anecdotal accounts of this I’ve accrued over the years from more southern growers. When weather is warm in spring I assume trees have enough energy not to jettison fruit that is seedless, but not growing in these areas, I am not even sure that is what they are doing. Perhaps they have seeds?

The reason we know about Bartletts is because they are and have long been the most important commercial variety grown in this country because they are THE canning pear. I read about their abilities in Childer’s book in which he suggested it was parthenocarthy that made mono-culture bartlett orchards feasible in S. CA.

I have read that Asain and Euro pears are compatible as long as they have flowers at the same time and my experience suggests this is true, whether Asians are self fertile or not.

To continue this thread, and perhaps shift the direction a bit, I’m trying to figure out a pollinator for Korean Giant to add sometime in the next year or two. I’ve looked at this chart from Burnt Ridge: https://www.burntridgenursery.com/text/Asianpearpollinationchart.pdf
and it looks like my top choice (so far) Shinseikei/New Century is in a different bloom time frame. How much do I need to worry about those time slots? Would they be likely to overlap anyway? It looks like the other earlies can pollinate the mids, but I have a tendency to overthink things…

I have all three varieties. They blooms overlap in our zone. Shinseiki get serious fire blight. The other two, not so much.

That’s good to know about Shinseikei; I may have to rethink that. Although, I thought Shinseikei and New Century were the same variety. Is that not the case? Maybe it’s really 20th Century/Nijisseikei that I’m after. That’s also in the “late” window.

20th century ripens about 2 -3 weeks before KG. Very productive but on a small size. If you thin well (80% off), size may increase. Fire blight resistance.

That sounds more like what I’d been picturing. I must have mixed the two varieties up in my head. Thank you!

I’ve come to the conclusion the Korean Giant and other common Asians are entirely self fertile, and not just self fruitful. I’ve never seen an Asian pear standing alone that didn’t tend to over bear fruit.

Very interesting. Could that be due to the abundance of Bradford/callers pears in most places? Or have you been able to rule that out? As much as one can, anyway.

I believe it needs cross pollination. In my experienced, when I first had only one pear tree, KG, and nothing else around, I needed to cross pollinate it a couple of years to get fruit. I stopped when my 20th Century started flowering.

It is also true that Bradford pears are almost everywhere. My neighbor’s Bradford was not planted until later. By then, I didn’t need its help.

It could be that they are compatible with early flowering E. pears. However, I have seen them fruit with no apparent nearby pollinators, but perhaps it depends on spring weather being warm as with many E-pears. Fruitnut is the first person I read claim their self fruitfulness with absolute certainty, but he’s in Texas, and I doubt he’s experienced a lot of cool wet springs.

When I started my business I routinely planted KG with Seckel and never had a problem with KG being productive. Ed Fackler had recommended the combination- a fruit guru of years past.