Can You ID This Grape?

A friend bought a property with existing grape vines. He thought they were all Concord. I showed him how to tip root them. Last year, he showed up at my place with 3 tip rooted vines so I added a trellis to my garden. They are loaded with grapes this year, but I don’t know what variety. They taste similar to concord, but are ripe at a golden-green. They are seeded and the flesh is not crisp. The skin is fairly tough, but edible. A good grape, I just don’t know what variety. Any help on the ID? 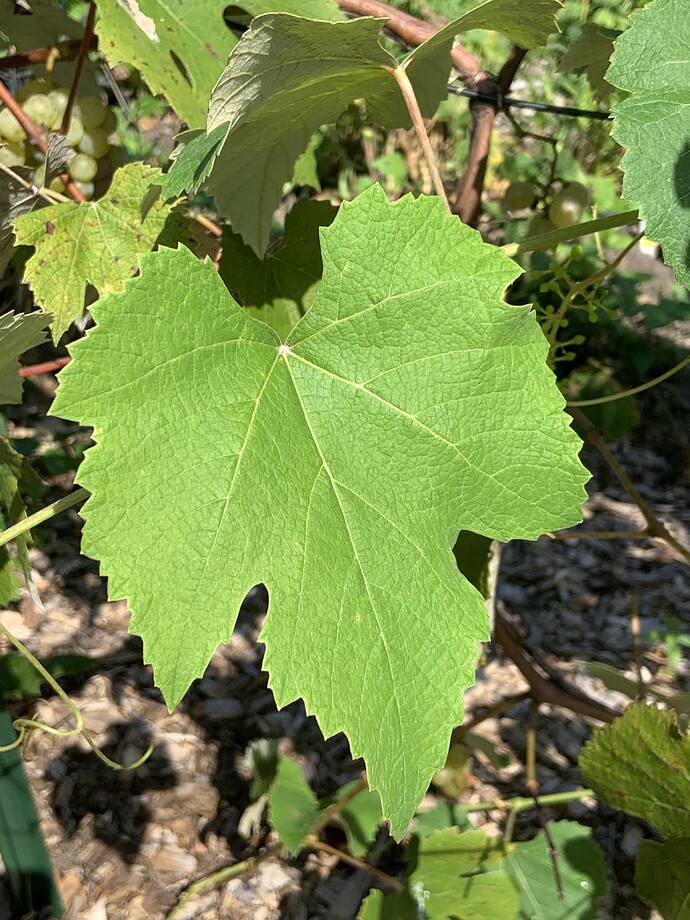 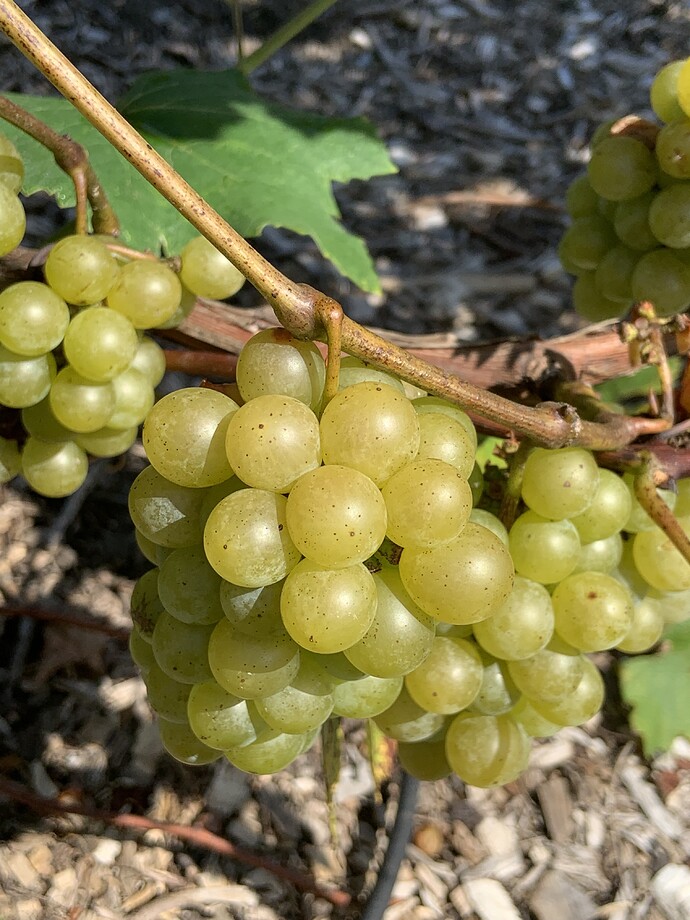 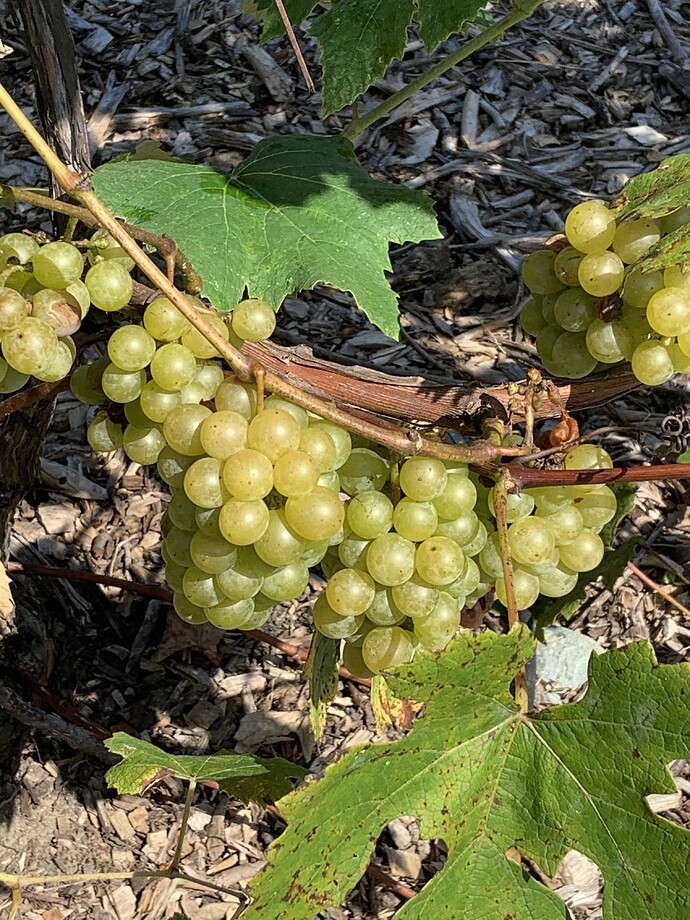 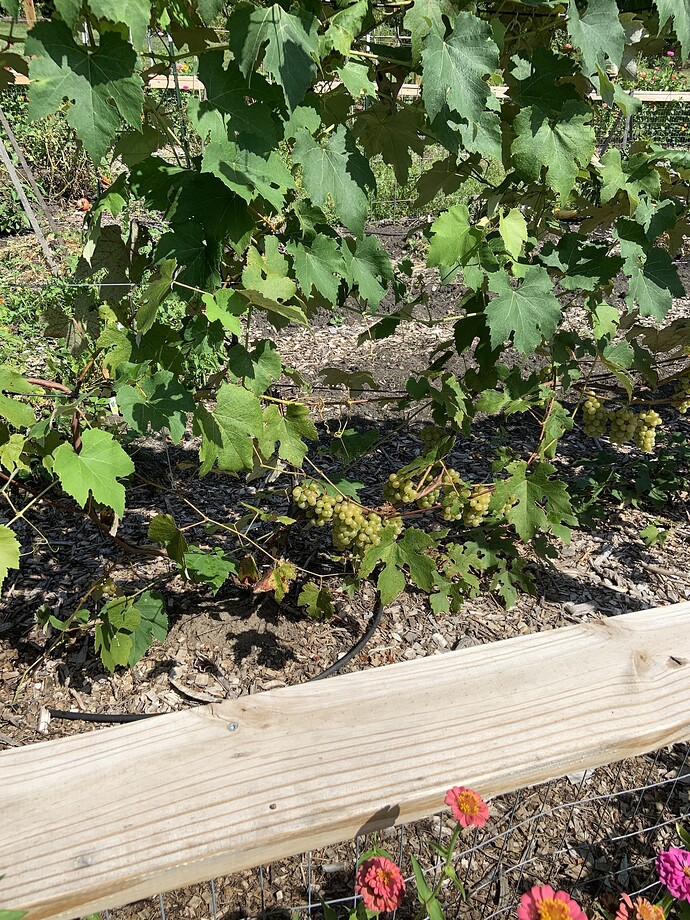 I might guess Niagara .
But could be dozens of other varieties.

That sounds about right. It was from an older planting, so I am guessing it was a very common variety….back before the internet allowed you to get more variety.

Hi,
Can anyone help me ID the grape variety in the second pic below? The first pic is my Thompson’s Seedless, but over the years I have lost track of the first variety. Typically it ripens several weeks after Thompson’s seedless and it’s clusters are usually much larger as well as is the seedless berries once ripe. Also the berries are elongated as compared to the round Thomson’s seedless.
Dennis
Kent, wa 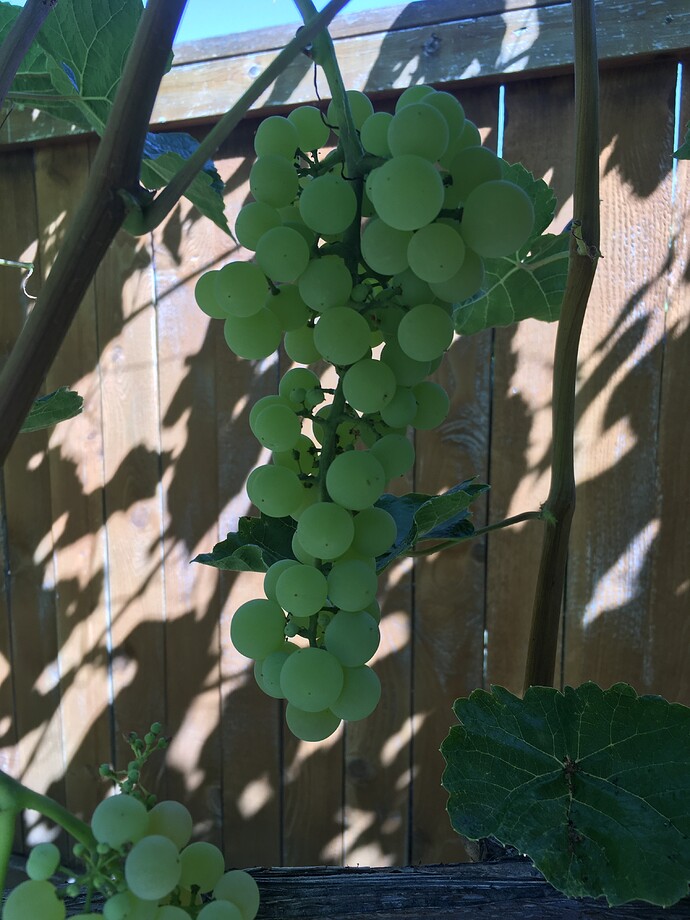 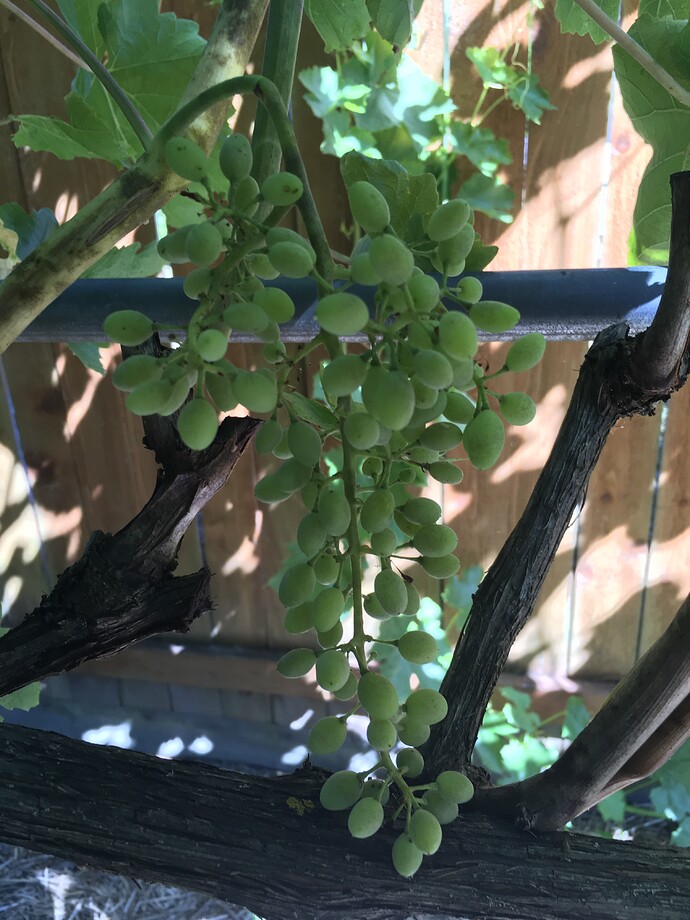