Can you identify this plant and fruit?

Was out checking our fruit trees and plants, and found these. They look like upside down pears or some kind of weird apple. They’re (two of them) not a tree, but a large bush like plant. It bloomed in April with big purple/pink flowers.

My wife’s mom called it an Adam’s Apple bush, we never thought it was a fruiting plant, just a flowering one, until now. 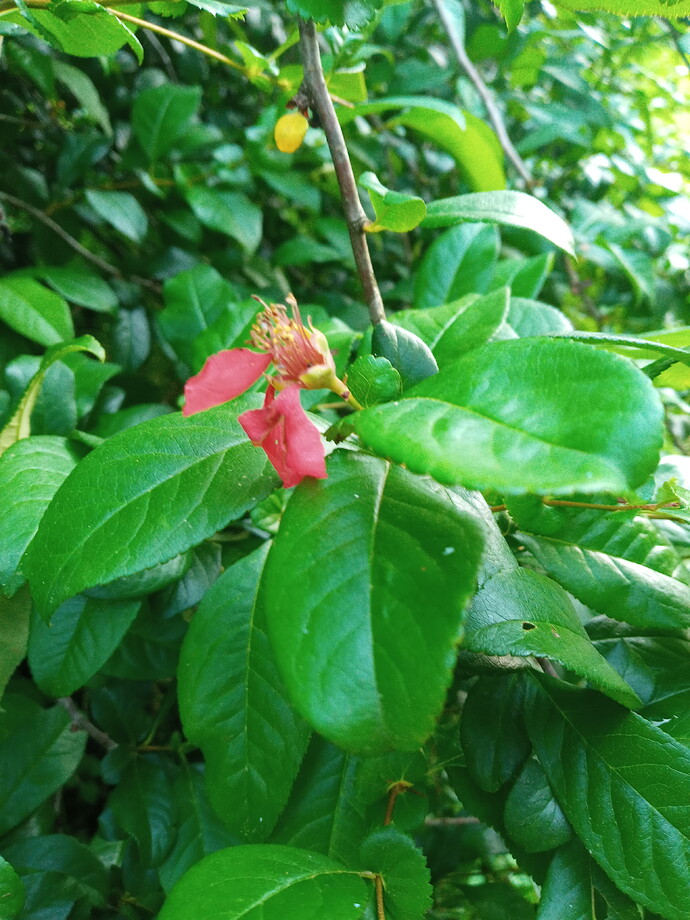 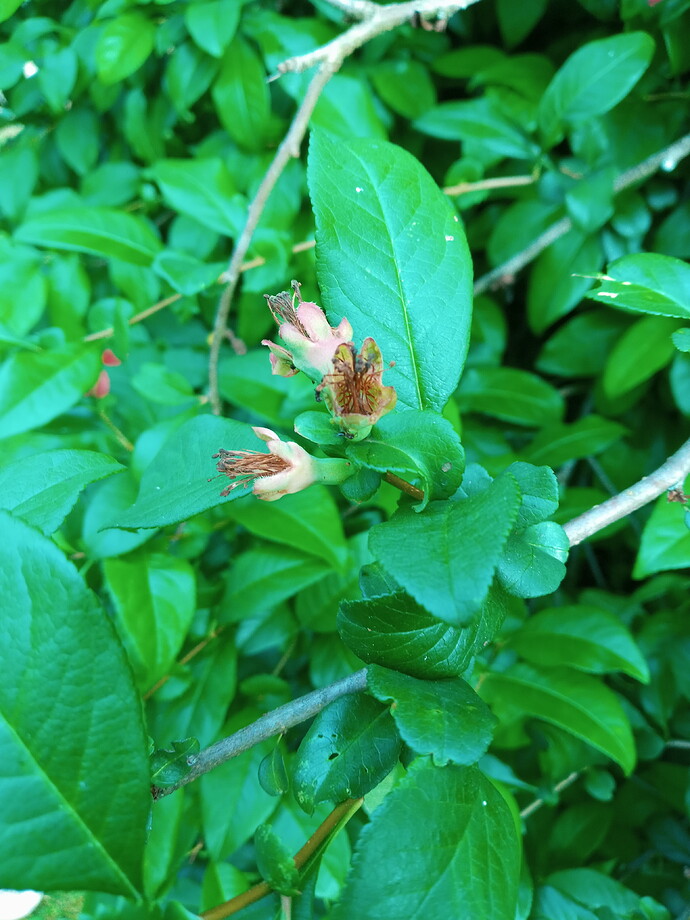 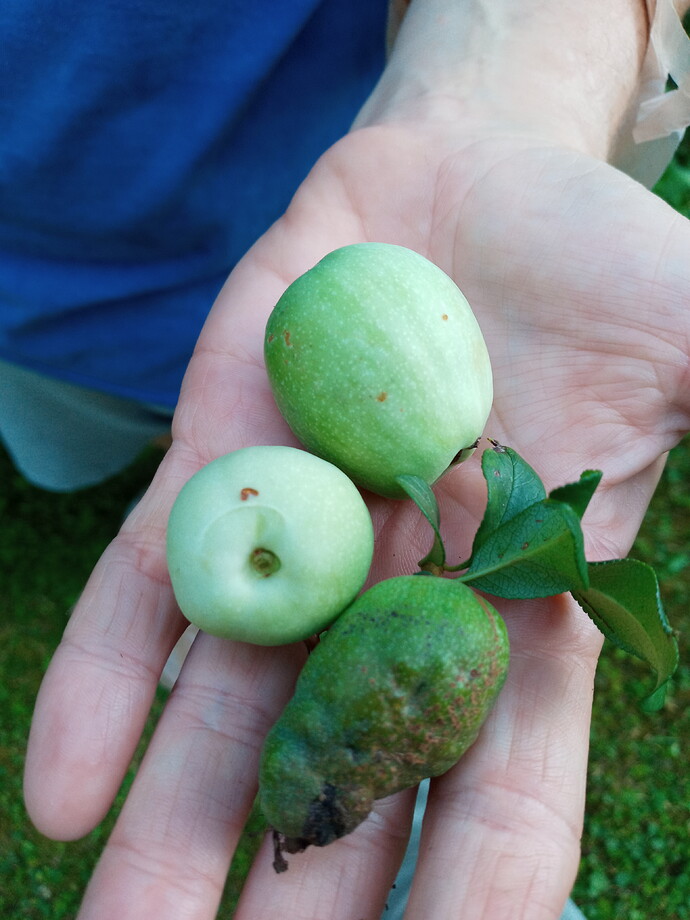 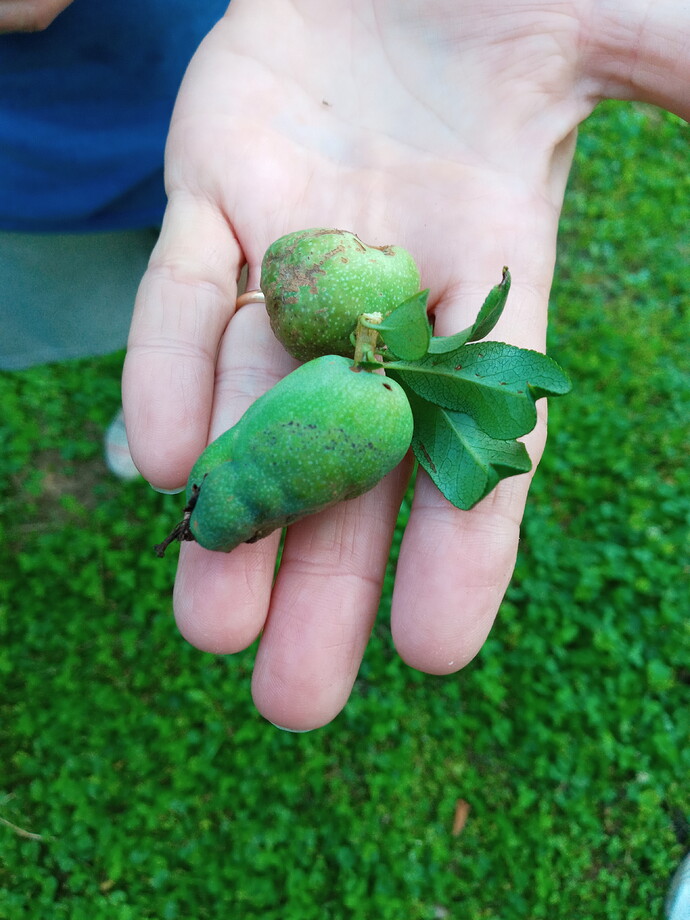 Here’s a pic when they bloomed, they’re the two bushes behind the blooming cherry tree. 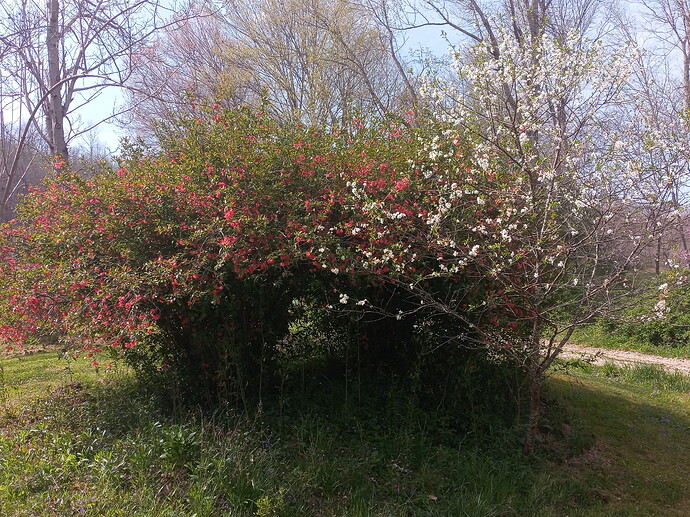 My PictureThis app says that is a Japanese Quince (Chaenomeles japonica).

Right click the last photo and “Search image with Google Lens”. Reduce the bounding box to just the red portion and “search”. Definitely looks like Quince to me and a number of the Google Lens matches are also Quince.

Thanks, I think you’re right. We’re just puzzled that it’s producing now. Maybe it did before, but we really didn’t notice it, assuming it was just a flowering bush, like the forsythia bush next to it.

My wife says they’re at least 20 years old, don’t know who planted them. Her late mother might have planted them or had someone else plant them. As you can see, they are quite large.

Is this type of quince edible? About when will the fruit be mature, and what would they look like?

I have a half pint of jelly from a client…made from his flowering quince. One of a kind gift…sort of like the gift one time of a $150.00 bottle of single malt scotch a client gave me.

Someone must have planted a quince in your neighborhood. I believe they should be edible when fully ripe and cooked. I think the ratio of 10:1 quince was used to enhance apple sauses. Of course quince cheese, which is basically a fruit paste similar to guava jelly is delicious.