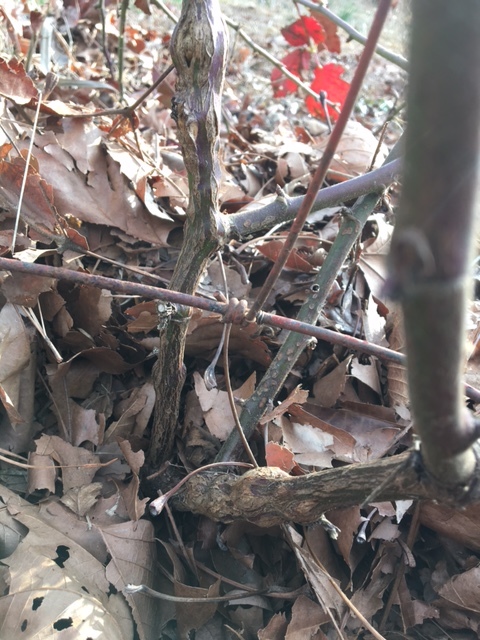 I am assuming this a cane borer. Has anyone else had issues with this on Traveler?

Looks like cane borers to me. Unfortunately I have not found a suitable solution to the problem. Looking forward to seeing more comments.

I had this problem too. 75% just die from unknown reasons, fungal infections, or parasitic infection. If not too many you can cut out canes and remove offspring. When adults they eat the leaves, so spraying leaves before flowers will eliminate some…
I treated my yard with bacteria that kill Japanese beetles, and it appears to have killed all the borers too. Not Milky Spore, the new BT bacteria.

You can spray for cane borer early in the season. It also helps to remove and destroy infected canes. I used to worry about it quite a bit and went to a lot of work to try to keep it in check.

Now I just let it go. Some canes die, but once my blackberry plantings became mature, they started producing more canes than they needed anyway (even with the borers).

Thanks Jason for posting. I went out and saw I had a few too.

What I have done for squash vine borers is to inject spinosad into the hole and it has always saved the plant. Since the bark is kinda tuff on these canes I think I’ll try a hypodermic needle and squirt some diluted spinosad into the swelling and see what happens.

In addition to spiosad, you could potentially use carnivorous nematodes (but in warm weather only of course).

I’m not sure of their life cycle, but if they remain in the stem of the plant at this time, a stiff wire or the like may be as useful for dispatching them. 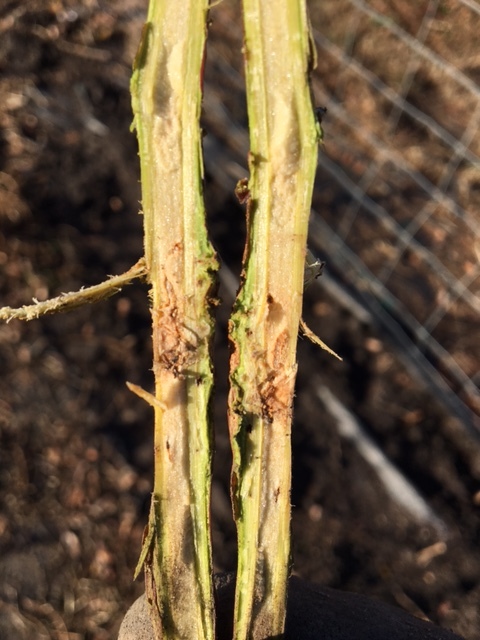 I wonder how much of an impact this would really even have if you are growing the Primocane varieties (Freedom, Traveler) like a floricane. The harvest would be extremely early (Mid-May-Mid June) in my area. By this time the crop would be over and the canes could be mowed down.

Has anyone had issues with cane borers on the late variety Triple Crown? It seems like these new primocane varieties are attracting them more than usual. I’ve had Ouachita and never really noticed any issues that required immediate action. I am growing without chemicals, although I have worked on a commercial farm where chemicals were applied every 5-7 days.

I grow mostly Triple Crown, but they spread so much and shoot up so many canes, I have to thin some canes anyway so I try to cut out the borer infected canes.