There is a lot of variation in ripening times for this fruit. Last year they started near the end of June. I have learned through mistakes to not let it take on a dark red. At that stage it is mush. This one is about 2.5". 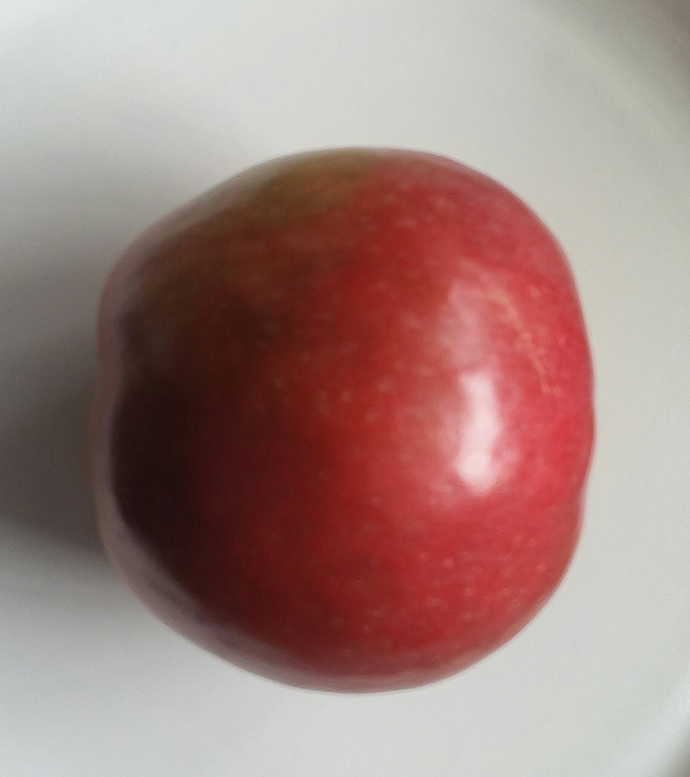 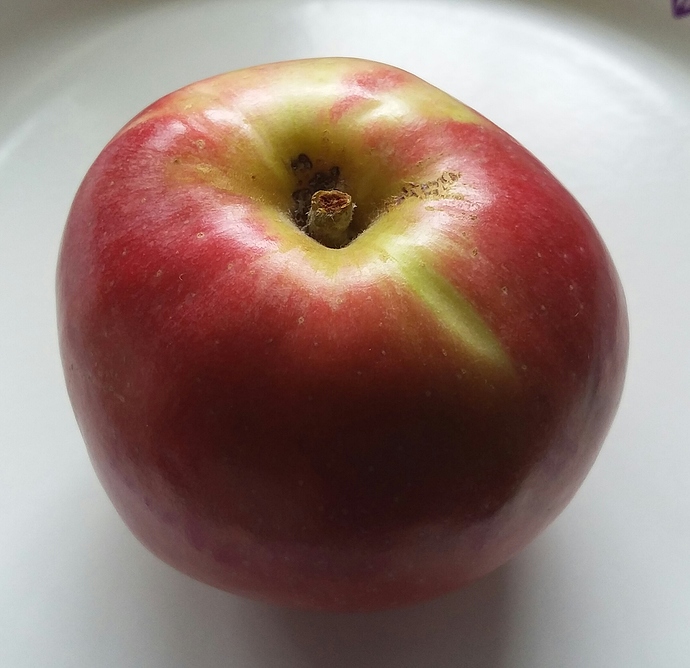 How’s the flavor? What sort of disease pressure? Any other big plusses or minuses? It looks great!

To me the CRJs best features are that it ripens first and taste pretty good (Sweet and a little tart). I only have a few small limbs of it so there is only a limited amount to pick each year. The biggest negative I see is that it can be under ripe one day, ripe the 2nd day, and over ripe the next day. This one probably would have been at its best yesterday but it was still good. I haven’t notice any disease issues with it. Most likely I will keep a small section devoted to CRJ. I have one more June ripening apple that I haven’t had enough fruit to evaluate and it is call Big Red June. If I can provide more information about CRJ please ask. Bill

As a kid, I’d pick one off my uncle’s tree…it was red, but whether it was ripe I know not…but a bite or two and I’d throw the rest away. Too sour.

I grafted a couple of them last year…so maybe I’ll give it another try one of these days.

Picked four more today. One went to a taste test. Only five more on the tree. Wish I could say that they had an outstanding taste but they aren’t. They are still my best tasting apple picked at this time of the year. Pretty sure this might be the apple referred to as a June apple when I was growing up. 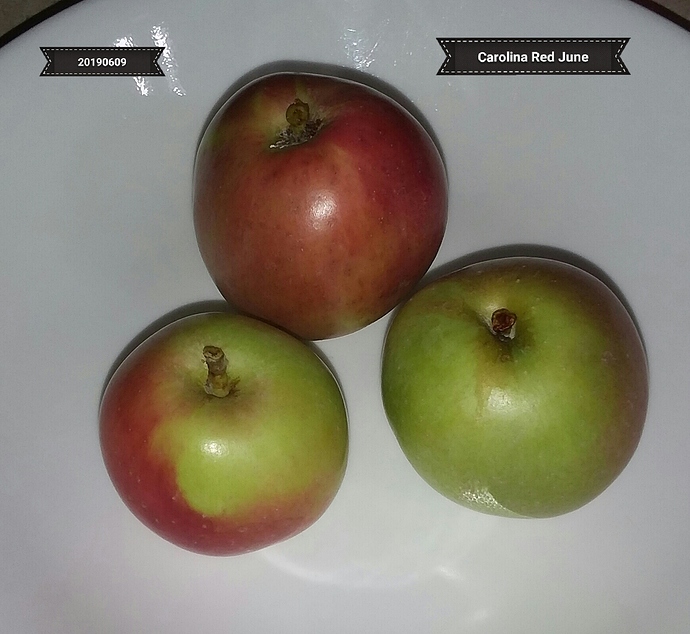 Picked the remaining five yesterday. The grands and I sampled a few. The taste ranged from average to good and that is mostly associated with the ripe level at the time of picking. If you have a little extra room and want an early apple they might be worth having a limb grafted in. The kids ate these and appeared to like the taste but they might have been influenced by getting them fresh from the tree rather than a grocery store. No disease issues with the Carolina Red June as of now. Coming up next is the much bigger Williams Pride. These are already bigger than the CRJ and starting to get a few stripes.