Climb a big ladder or a really expensive pump that can spray that high.

This weekend, I got a lot done around my suburban lot.

First, I gave my tomatoes a pretty good case of sunburn or windburn. A couple sunny, but very windy days, I rolled the dice and left all of my plants outside that I had been growing under light. This was not their first time outdoors, my plants were getting a few hours outside pretty regularly up until this point, but they spent about 48 hours straight outside, and looked good the whole time until when I took them in. Now they have some dead, some damaged, and some alright looking leaves. All of my other plants, beans, cucumbers, peppers, came out of the experience looking good. Just the tomatoes appear damaged. They are back under the lights, and I plan on trying again to harden them off over the next week or two until I plant outside.

That’s the last of the bad news.

Friday, an order of 8 bare root blueberry plants and 100 bare root strawberries arrived from Indiana Berry Co. I gave 50 strawberry plants to my parents and in-laws, but planted everything else in raised beds that I built out of large stones that I accumulated digging out for the beds and for my fruit trees.

On Saturday, since I had some extra space in my beds, when my wife sent me to Wal-Mart, I took a chance on some Asparagus crowns and two grapevines. The grapes are a Reliance and a Niagara. From my research, if were to buy online, I likely would have picked a Reliance. On the other hand, I probably would have went with a Mars over the Niagara based on what I have read. That said, I have no real wisdom in these matters, so I’m hoping that I get lucky and that these Wal-Mart vines will be resilient. Anybody, have any thoughts on Niagara grapes?

For the asparagus, I have been lucky on some crowns from Lowe’s that I planted about two years ago, so hopefully Wal-Mart crowns will be serviceable as well. I don’t plan on harvesting this year from my older patch, but I sampled one spear raw, fresh from the garden and I couldn’t believe how nice it tasted.

Lastly, yesterday I planted out all of my bean plants that I had been growing under lights. They seemed fine after the two day crucible, and the ten day forecast looks promising. Two nights in the forties a few days ahead, but the rest of the forecast was days in the mid-seventies and nights in the fifties.

Actually, one more thing was accomplished. Mowed, trimmed and edged all around the lawn, and just gave everything a real nice manicure.

The rest of my plants, tomatoes, peppers, and cucumbers, I am growing in containers and will transplant them outdoors in the coming weeks, but right now is already a good feeling with so many plants in the ground. Three years of hard work, preparing beds, planting trees, bringing in soils and compost, and now my edible perennial focused garden is starting to look good. All of my trees are young, but they have come alive. My previously established blueberries, blackberry, and raspberry plants all are alive and looking good.

Any thoughts are welcomed from you guys with more experience. I’m just going for a simple approach, of improve soils and plant, so maybe some of you have some tips that I wouldn’t have thought of.

What do the rest of you have going on in your gardens/orchards at the moment?

Heavy storms have been hitting the Central Midwest! There are videos like this all over the internet from Andover Kansas. We have had many wind storms this year in north east kansas but nothing as severe as places like Andover. The storms can be nasty this time of year. Andover like many Kansas towns before was in the wrong place at the right time. My advice don’t stand there and film but instead run! After the last wind storms I had to have a new roof put on as it peeled off some shingles and the one before pulled gutters off in places. We reattached the gutters and put on a new roof but nothing unusual. 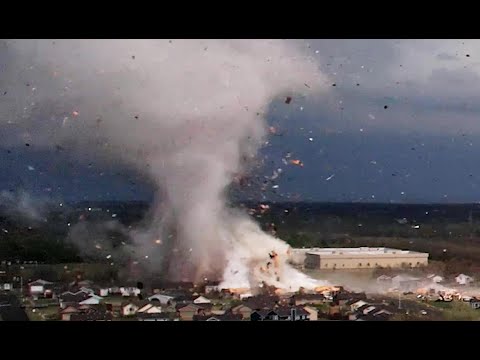 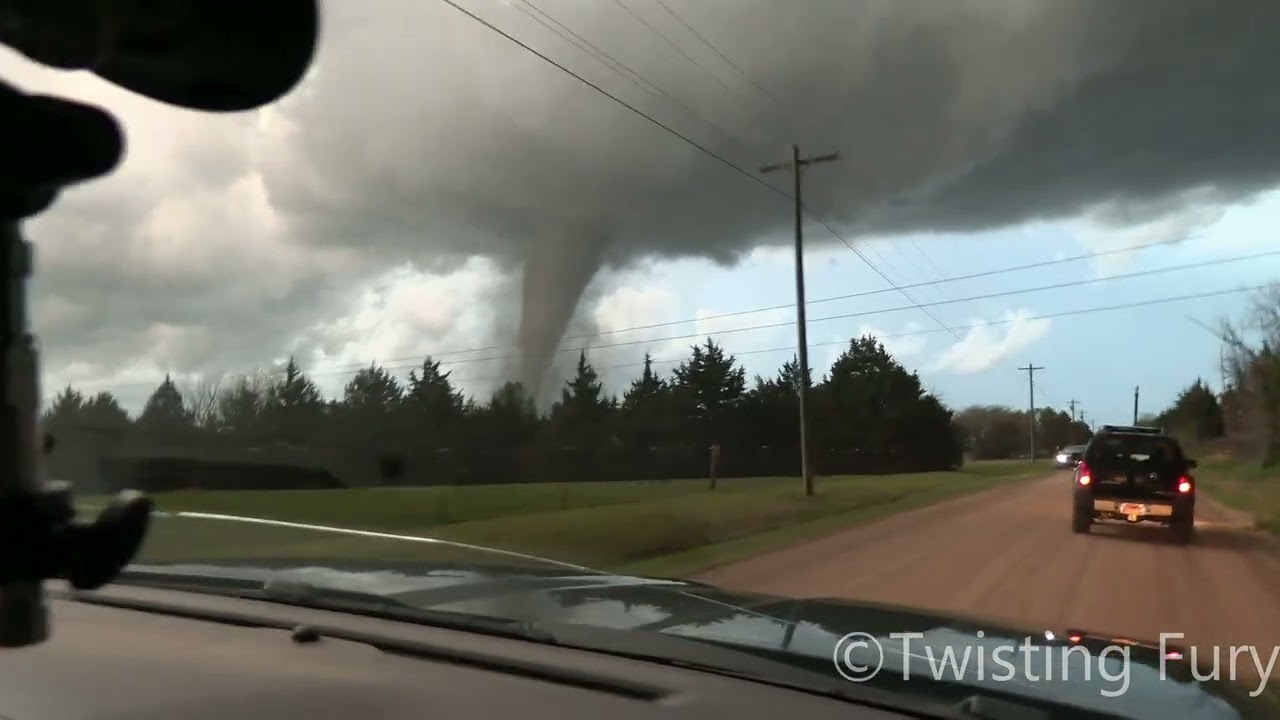 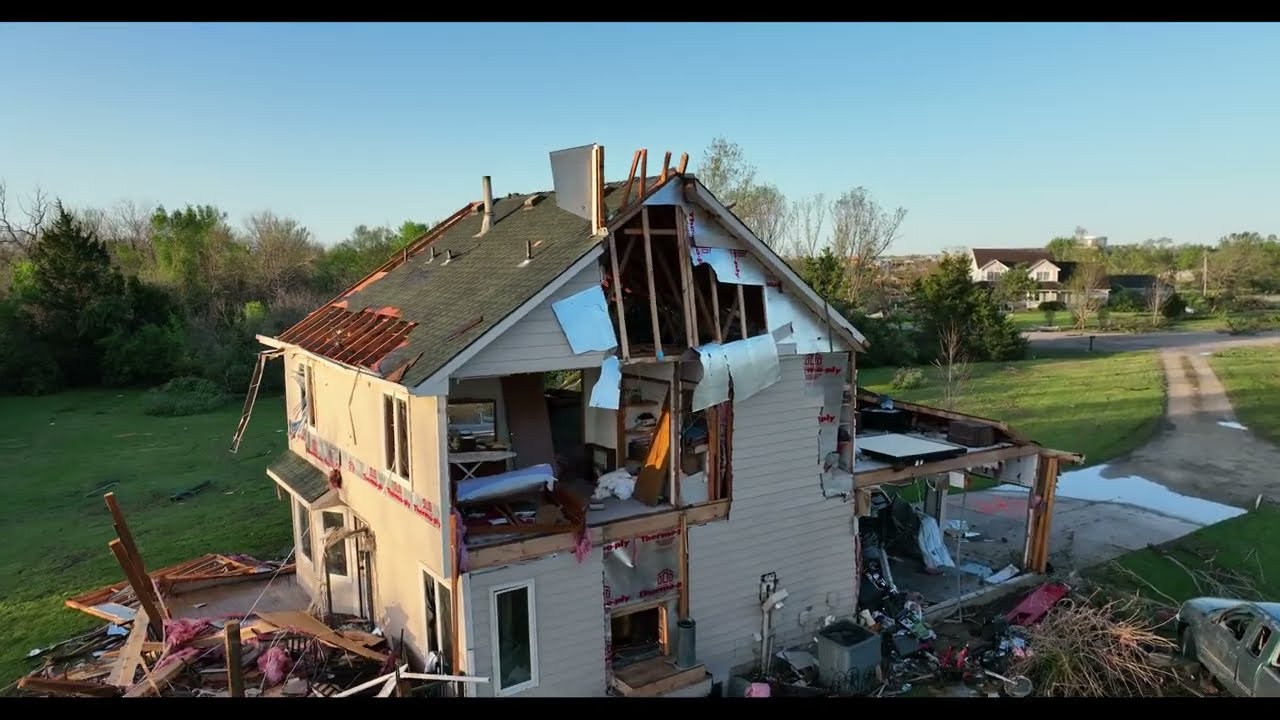 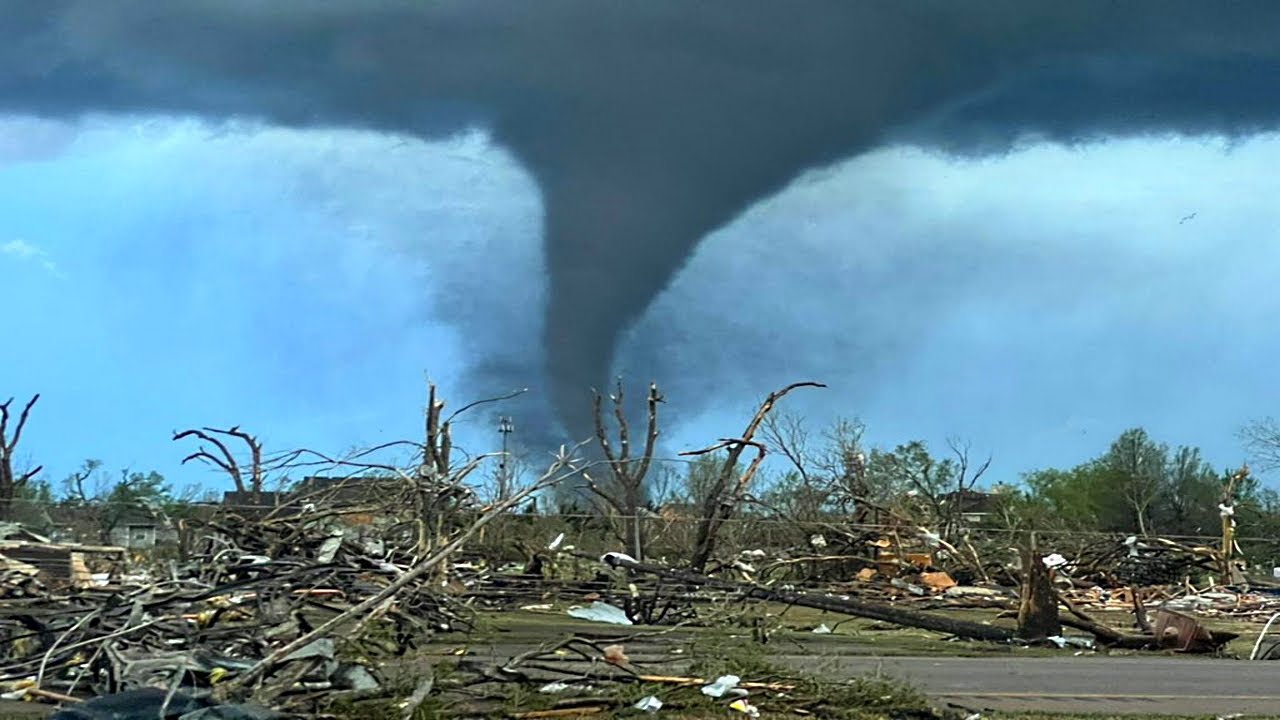 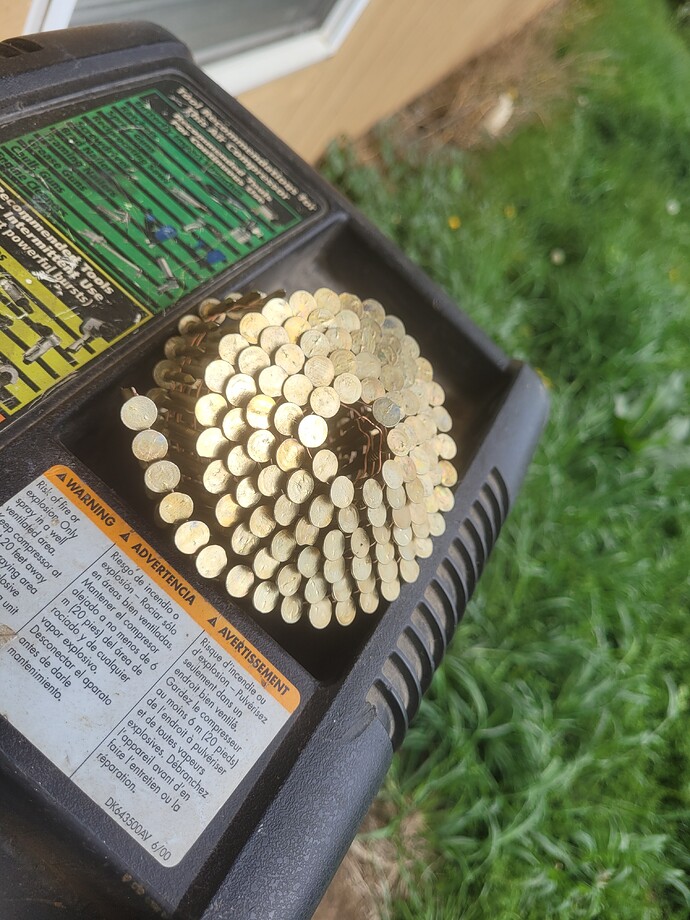 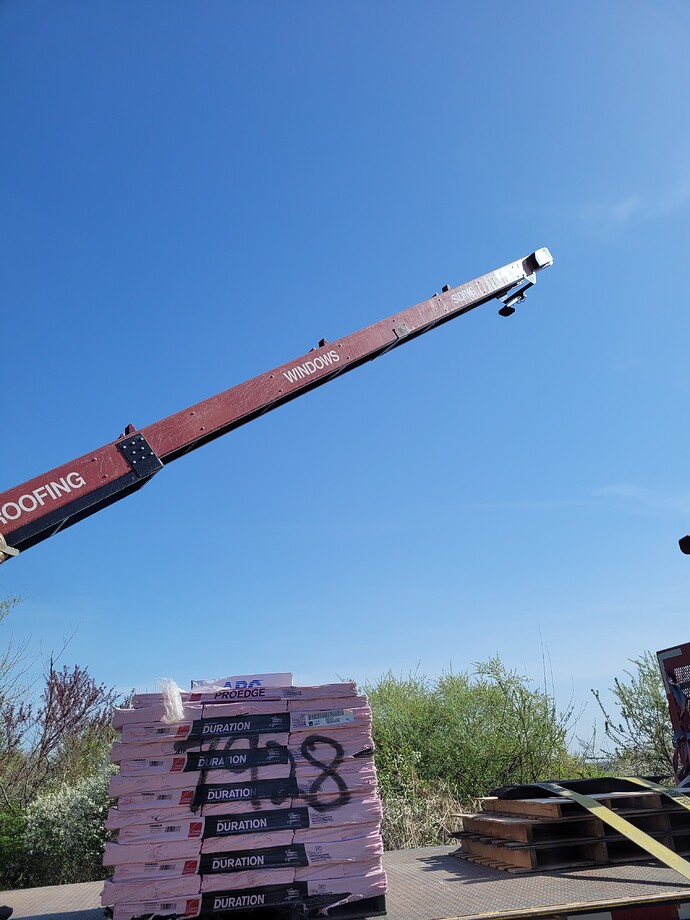 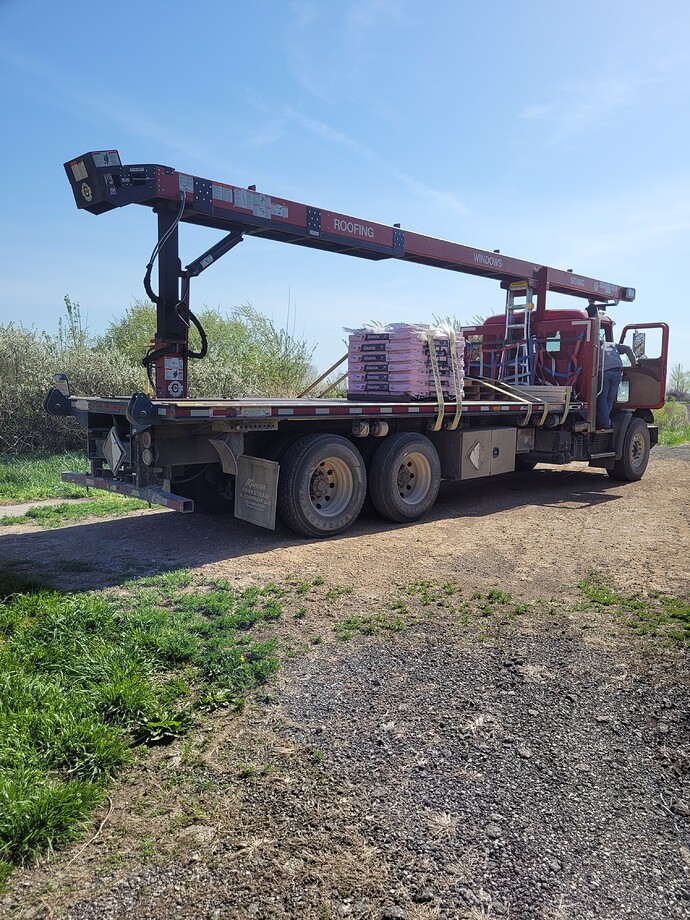 “Roof surfaces are measured in “squares”. A roofing square is equal to 100 square feet of the roof. To determine the number of squares on the gable roof example in this post, divide its total of 2400 square feet by 100 (2400 ÷ 100 = 24). This means you would need 24 squares of shingles to cover that roof.” How Many Shingles In A Bundle? [With Examples and Calculator].

Heat index in NE Kansas right now shows the wild weather swings here. Should be 75 in May 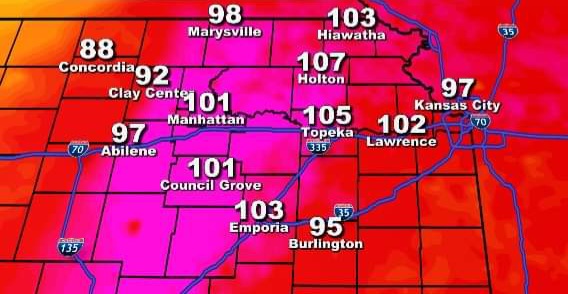 @PaulinKansas6b
It’s more painful this way after all those highs of 50s and low 30s and rain on us everyday for a week or two! It was around 96 real temperature here yesterday.

It hit 100 here yesterday, and I have grafts barely in bud swell. I’m betting my success rate will suffer as a result.

I’ve got grafts not even done yet.

Yea, its been a miserable Spring in terms of getting things done and now this HEAT wave on top of everything. Documenting everything as best we can to see what the out come of things is. That way when we get nailed with craptastic conditions like these again we can see if any effort is worthwhile or just cut the losses and try to hang on until the next Spring.

Your place is close to me so you understand exactly what the weather is like. Had we known we would have done more in that cold rain. The sun has been hot and the wind has been blowing. Replaced the roof already this year.

How fast the weather changes!

Been a real scorcher in Kansas setting record highs already. It hasn’t broke 100 yet in my area but it’s been very close. Spring time is normally 75 - 80. Yesterday’s temperatures before the storms arrived. 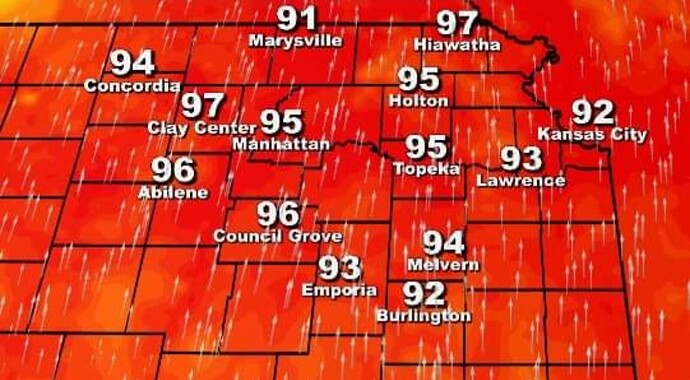 Finally better weather but it’s lightening to hard to graft so far! So far no hail!

“Thunderstorms this morning are producing 60 mph winds and quarter to half dollar size hail. These storms will continue moving east through the morning before exiting our area before midday. Afterwards, skies will become partly cloudy with temperatures today in the mid 70s. Winds will be from the northeast at 5 to 10 mph. We clear the air tonight in time for the full lunar eclipse from 10:30 to midnight. Should be near perfect viewing conditions!” 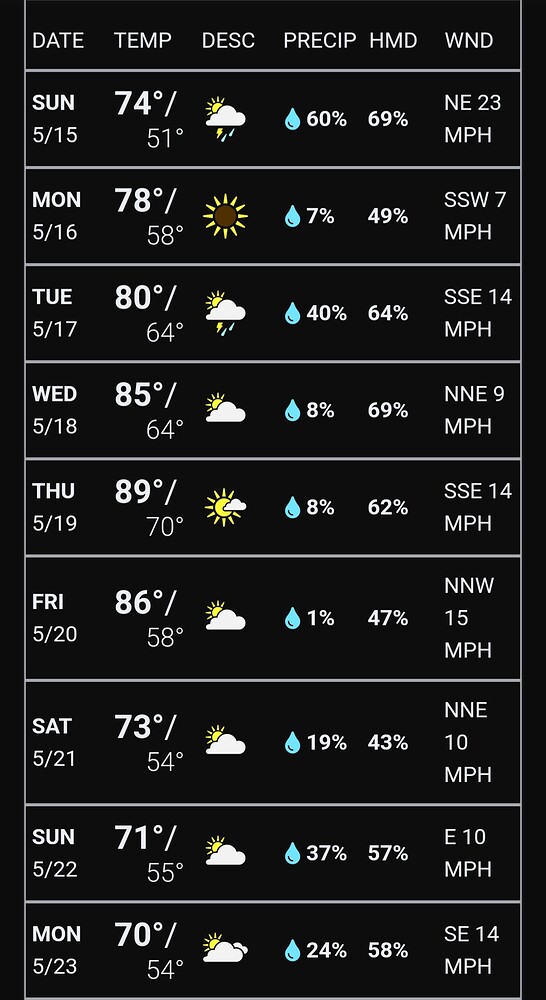 I woke up to quarter sized hail this morning at 6:30 am.

Didn’t mean for you to get my hail that was on our forecast. Had a new roof put on this year already which i paid for out of pocket. Didn’t turn in my hail damage several times because I want to keep my insurance rates down.

We’ve had some cooler weather and that’s a welcome change.

Tornado , wind, storm alerts again this week be safe everyone!

Getting plenty of moisture this year! 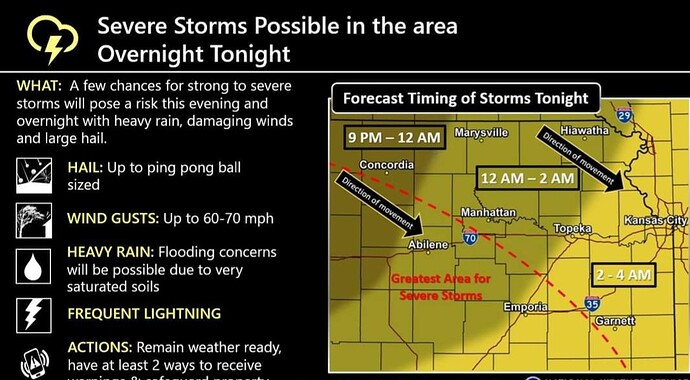