My Gold Nugget all of a sudden has a lot of leaves turning over, upside down. What is causing this? Watering schedule has been fairly consistent. Anything to worry about? 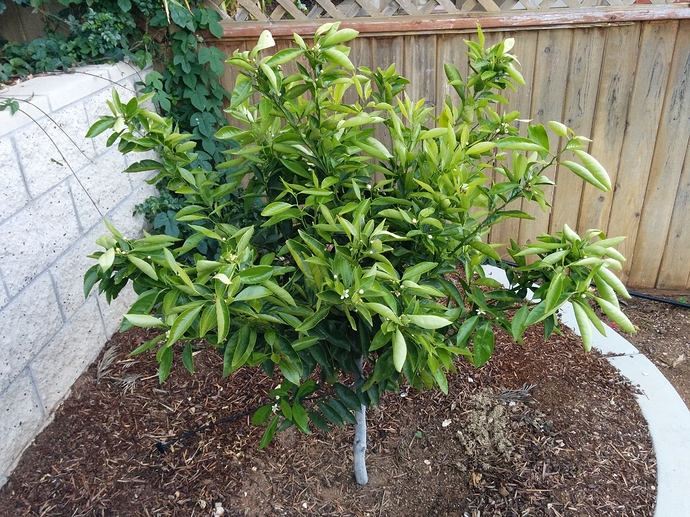 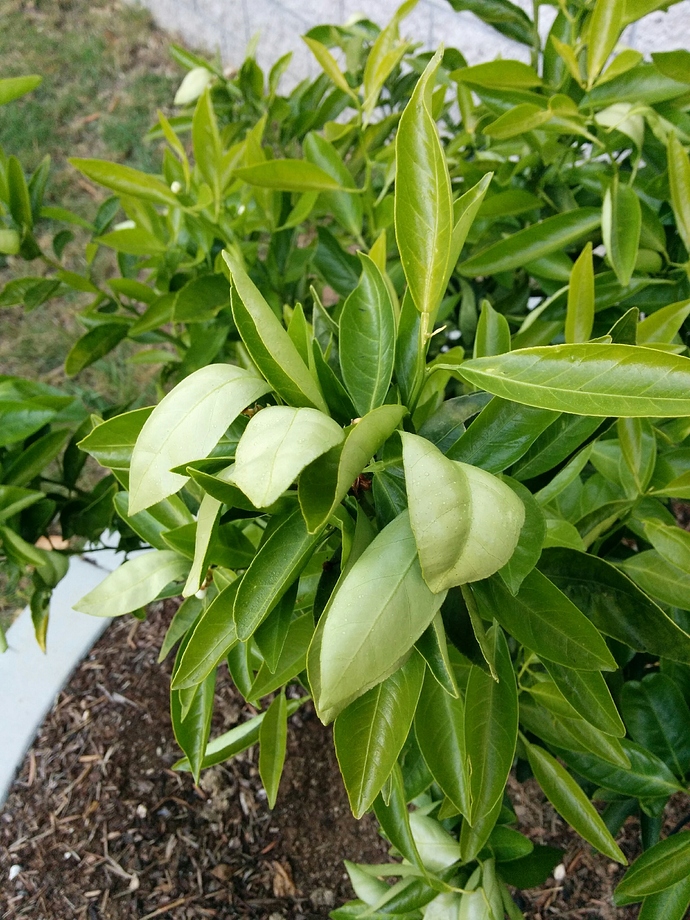 That is usually a sign of a watering issue. When you say “consistent” what does that mean? You can consistently be under watering or consistently be over watering. Soil looks a little dry to me. How is it a few inches down. Citrus have shallow roots.

I have been making a real effort to not over-water, which I think caused the demise of my citrus a few years ago, I’ve been watering, 4-5 gallons, one day a week. I’ll check the soil a few inches down to confirm how dry it is. Thanks for the input. The odd thing is, this once a week watering has not changed in months and it certainly hasn’t been warmer the past 2 weeks than it was throughout January and February here.

Cupped leaves are often a sign that a neighbor has used 24-d recently. It also may be a sign of thrips damage. May need a magnifying glass to check.

Stick a finger near the rootball. Or use a moisture meter. What does it say? I have seen that happen when I transplanted my citrus. It lost a lot of roots in the process.

BTW, that drip head looks a bit too far. The roots are not beyond the drip line on a dwarf citrus.

No pesticides from the neighbor, I don’t know if we have a thrips problem here, at least I’ve never seen one and I am pretty obsessive about looking at my fruit trees daily.

I’ll check the moisture in t he soil.

The drip emitter actually hasn’t been used. I’ve been hand watering it. I’ll definitely move it closer though, I only really turn on the drip in the summer/fall when watering needs to be more regular. Like I said, the odd thing is nothing has changed in watering, so maybe it is insect damage. If the soil has moisture, I’ll give it a good spray with neem to see if that helps.

Had this same thing happen with my flame grapefruit, but it was only on a handful of leaves. Didn’t pay any attention to it because it was putting on lots of new growth.

Checked the soil, the moisture meter is saying that it isn’t dry. Average to wet in 6 or 7 areas, not dry. I dug down about 3 inches and confirmed, not sopping wet but not dry. Maybe bugs? Maybe too much water? I don’t think it is from lack of water.

So I just noticed my next door neighbor’s citrus, and his leaves look exactly the same as mine and a house down the block has the same thing happening to its leaves. I’ve watered more and it hasn’t made any change, so I think it must be some kind of bug sucking on the leaves, causing them to turn over. I’ve had good success in the past with bugs on my citrus spraying with fish emulsion but I also have some neem oil left over I can use as well. I’ll update if those end up making any difference.