Sorry that reply ended up in the wrong place.

Evidently Juliet cherry is not compatible with Crimson Passion, all my grafts failed this spring. These are both UoS varieties…

I grafted Crimson Passion to Juliet and its thriving right now. I’d guess you just had bad grafting luck. All those saskatch cherries are related so there shouldn’t be any incompatibilities.

Possible I suppose, but I grafted 6 on one bush and 2 on another. Some even started to leaf out and then whithered and died. I dont have a lot of experience grafting cherry but my apple grafts take about 90% of the time…

A little more at this link on rootstock and compatible scions http://www.sanhedrinnursery.com/rootstock/14-calleryana-semi-dwarf

Bernie Nikolai from Edmonton Alberta Canada is a member of some groups I follow on other forums. Bernie as many of you are aware has been responsible for importing Russian pears into Canada. Bernie recently posted this fascinating information that will benefit someone

The problem is Winter Banana is not very hardy, and about half my interstems of it died last winter (-32C the coldest), and so did the pears grafted to it obviously. However Palmetta, an apple crab developed in Novosibisk, Siberia, seems also equally compatible with both pears and apples, and has survived to the tips after -50F in Fairbanks, Alaska. The parent trees of Palmetta have survived at the University of Alaska in Fairbanks for about 15 years, and have never even had tip dieback to my knowledge. So this is the one I am currently using. Pear grafts seem equally as healthy and vigorous as those on Winter Banana. 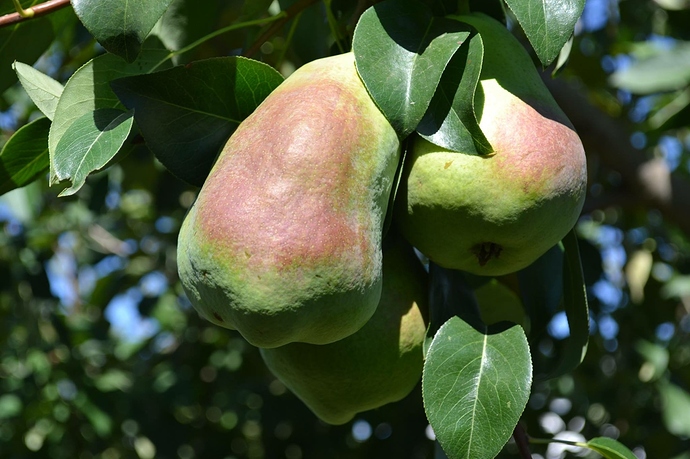 E33E7AE1-71ED-4590-A0A5-8F013ADFD17F2048×1365 293 KB
”
Palmetta apple Could be a useful tool when you want to switch varieties in areas to cold to use winter banana as an interstem between apple and pear. I spoke with Bernie earlier today who agreed I can share his information on this forum. I belonged to a group called NAFEX at one point which Bernie is still part of that has a member base much like ours. The NAFEX group believes growing fruit is important as is sharing information about the process. Many of us are or have been part of that group at some point. Many of us were also part of gardenweb prior to houzz taking over or many still are following houzz. The home orchard society, California rare fruit growers and others have similar beliefs. The growingfruit.org group is where I post 98% of my information.
4 Likes
Are there recommended mini-dwarf rootstocks for pears?
Aronia as rootstock
northof53 March 22, 2018, 5:38am #48

This makes me wonder how many other possible apple/pear grafts would be compatible?

The pear tree will only grow to about 6 or 8 ft tall, and will start to give pears in the 3rd year after grafting (sometimes even the 2nd year). The pear is hardier on cotoneaster than on normal pear rootstock, as the cotoneaster causes the pear to go dormant at least 2 weeks earlier in the fall. Surprisingly the pears are slightly larger on cotoneaster than on pear rootstock, plus they taste a bit better based on tests in Russia. You can get up to 25 kgs of pears on one of these dwarf pear trees once they mature. 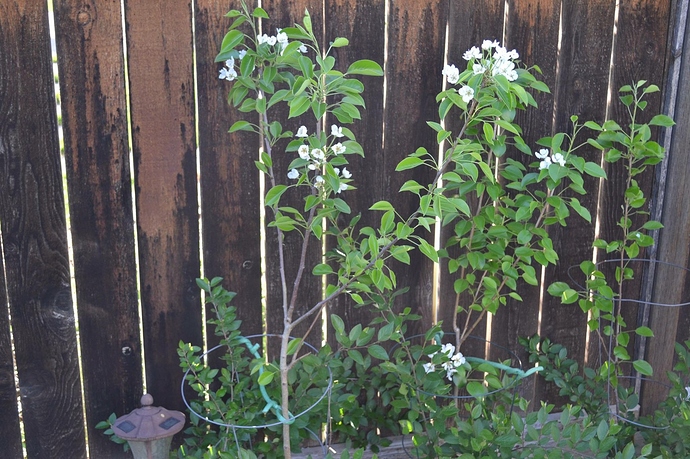 It opens a lot of doors for sure. Winter banana is an apple many of us have grown and used for awhile but this new information allows more success in colder climates.

Will this work with asian pears also? Like New Century? Do the bottom branches need to be left permanently or can they be removed the year after grafting? Can cotoneaster be propagated easily by cuttings?

@TheDerek
You can use aronia as rootstock for pears as well. Sure I do not see why not asian pears are loosely somewhat like European in terms of graft compatability. I cannot answer all your questions and I’m not sure Bernie can answer them all. This was originally done in a very different climate from ours but it’s something I wanted to put out there so we can put it to the test and take those tests to the next level.

Well I for one will certainly try this. I understand some may not like the look of the bush, but here on the farm fruit production is the aim. The pretty stuff is in the front yard, the productive stuff is everywhere else. LOL.

These cotoneaster look reasonably priced to try a plant or 3 for $20 https://www.jungseed.com/P/20374

Hi! How do you find/like Successful Falkenberg ?

@jessica4b
For some reason im just now seeing this question about Falkenberg. Ive not talked with Bernie lately since im not on facebook groups or on other forums currently he is in. Im not sure how the pear is doing but im betting other members of NAFEX or other facebook groups may have an update . The pear is not in the United States yet unless its came by way of Alaska which is a seperate group of people. The Russian pears are a very nice collection i understand that Bernie has managed to bring into Canada. His efforts will benefit many people.

I see more people grafting pear to mountain ash tree which is apparently a very hardy tree in some locations. Like cotton easter are great as pear rootstocks in colder climates its,whatever works best at the location your in.

i just grafted 2 different pears to my 8ft. mountain ash. they grow like weeds here so hopefully that vigor passes to the pears. going to put shipova on it next spring.

Im not growing palmetto at the moment. Are you referring to saw palmetto? Perhaps the grapefruit like Pomelos? Due to our climate in Kansas in can be very challenging to grow many things. Im not sure i know which plant your referring to. Thank you!

Ah sorry, I was looking about the palmetta apple crab for the pear on apple trees. Looking for feedback to see if people had tried it. It appears that palmetta interstem with pear on apple takes well but fails two years later.