Conference pear is looking good but still small. Unfortunately it had grown sideways instead of straight up so I removed half or more of the growth. These are before and after photos. The idea is getting it going up instead of sideways. Some pears do this though it’s unusual. It normally means the graft slightly outgrew the rootstock and was heavy so it leaned over.

Pruned up its the tagged one on the right. 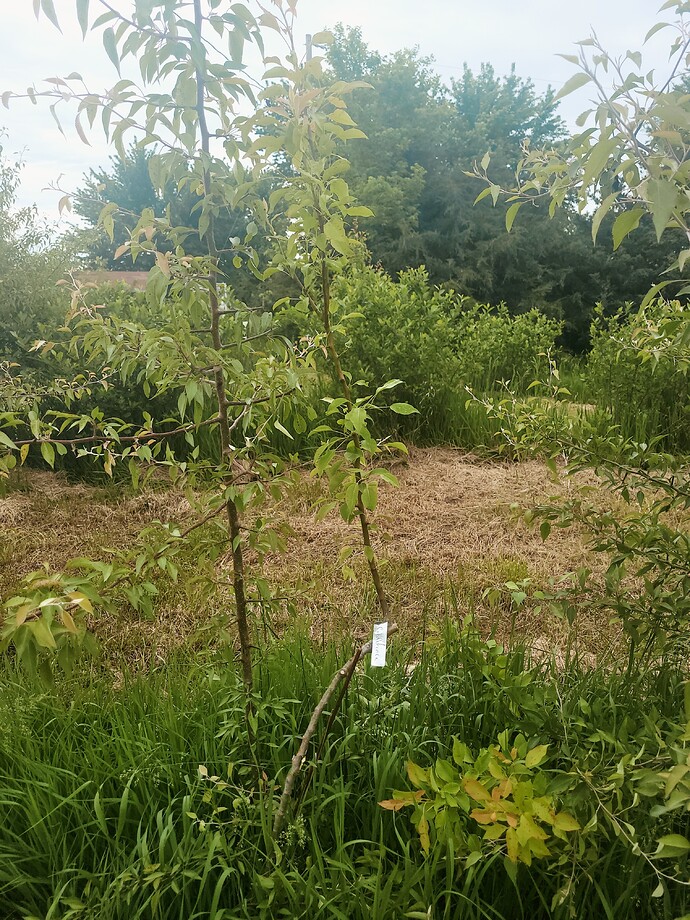 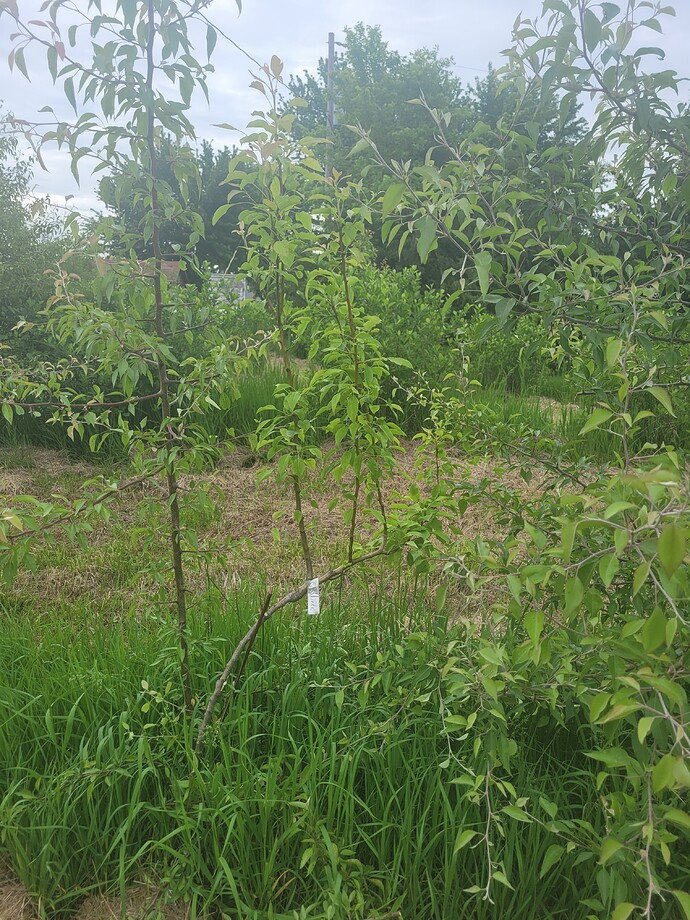 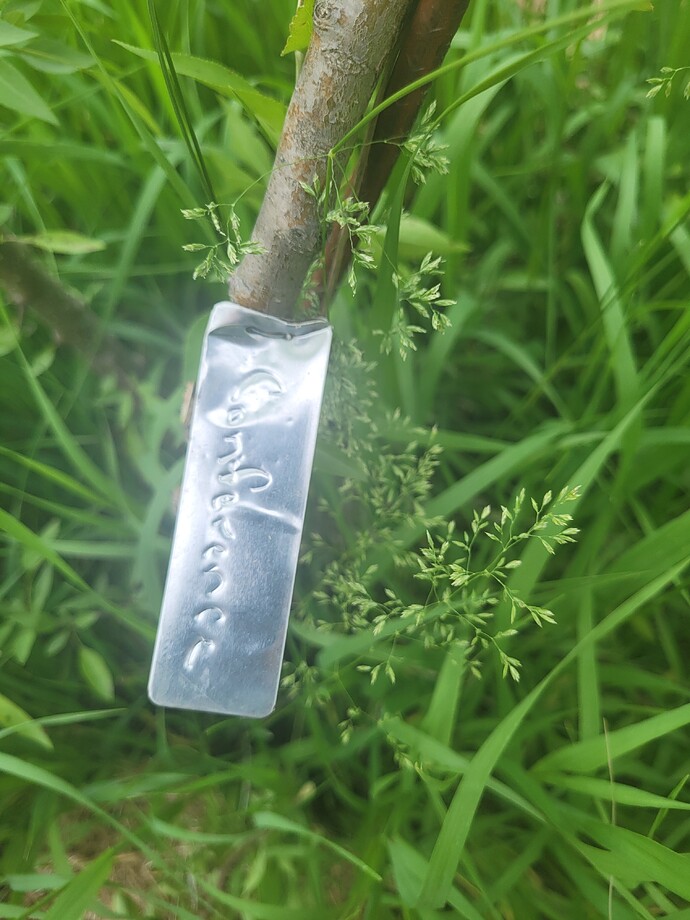 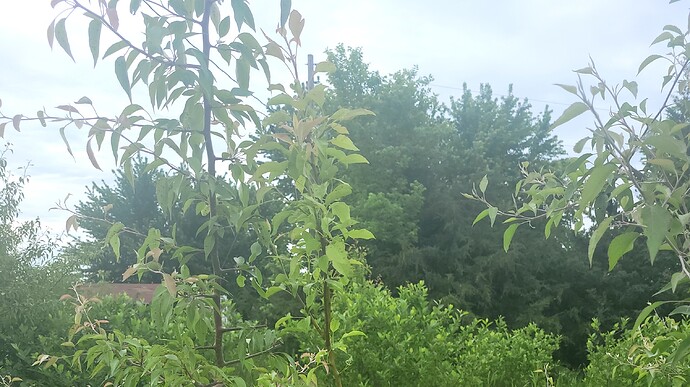 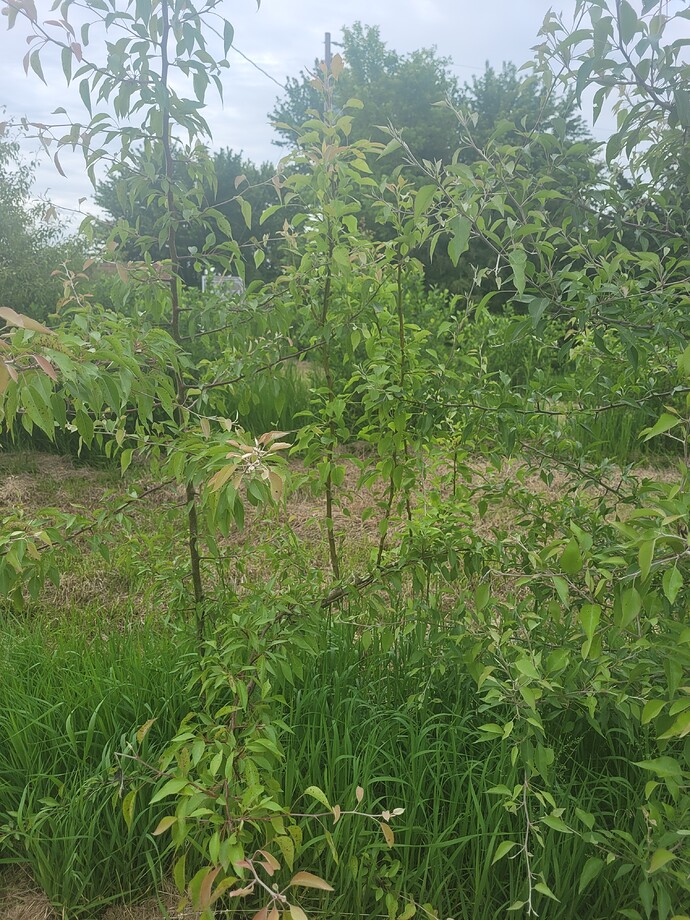 The other tree beside it will be removed. Still it has a long way to go.

Same thing. Loosen all tags. I girdled multiple trees before I learned my lesson. They grow fast, esp if you don’t get a chance to check them very often. I had one with the tag embedded and I never got the metal tie out.

Yes we have threads on the problem of these tags. Tag design has a huge oppurtunity for improvement. You can get wealthy with well designed tags. Me too I don’t worry about it much I cut the tag off when it happens. It does happen we both know that. I’m wanting to switch to plastic tags long term.

I did switch to plastic tags, but as you say they all have their own benefits and disadvantages. I rewrite tags a lot. I was thinking about a ground based wooden tag for my primary tree variety but haven’t gotten around to it. I priced some survey stakes and they seemed the most cost effective.

You know that’s a great idea! I considered thumb tacking the aluminum tags in place.