Controlling slugs on Strawberries here in the Northwest has been an essential spring task. The wet climate is the perfect setting for slugs to multiply much faster than most other species except maybe weeds. Who has not gone out to the berry patch to find the majority already consumed? If you live here it’s common. So I do several things to decoy and destroy slugs. It turns out that growing clover near the berry patch is one of the best decoys where the baby slugs go to forage. Having a place nearby to concentrate them away from the berry patch so they can be collected is key. Once collected I throw them into my organic fertilizer slurry that is made with urine and a handful of any nitrogen based fertilizer. In the slurry they quickly turn to mush and can in several days be reapplied to plants or just recycled broadly over the garden. I collect them both at night while they forage on the clover with my lamp that illuminates them, or early before sunrise while the forage on the damp vegetation. Probably last night and this am I collected well over 3000 of these critters. This occurs nightly until they begin to dissappate, which seems to take about 2 weeks. Before I started my clover patches collection occurred in the berry patch where quite often it was too little too late to prevent fruit loss. I have tried chemical slug baits which I think only makes them grow faster if they happen to eat it. For such a broad spread problem it would be difficult to poisson them without poisoning the food chain to include family, so thought I would share this as a safe and fail proof method! No need to buy slugbait!
Dennis
Kent, wa

I have tried it too among many others, once Lilly miller has one on the market that would work fairly well, but it was yanked off the market, I quit buying all the others.

Maybe grow them like this.Keeping them watered might be the biggest concern,but that could be figured out. 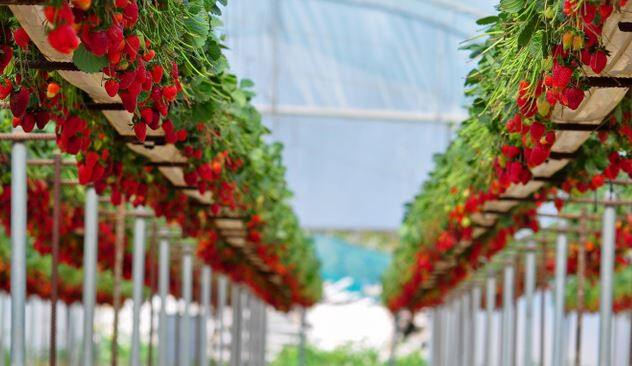 Once collected I throw them into my organic fertilizer slurry that is made with urine and a handful of any nitrogen based fertilizer. In the slurry they quickly turn to mush and can in several days be reapplied to plants or just recycled broadly over the garden.

The sure beats letting the stepped on guts stick to your shoe!

Between botrytis and slugs, growing strawberries in a wet spring (like this year) can be discouraging! I’ve taken to growing some undercover… less rot and fewer bite marks. 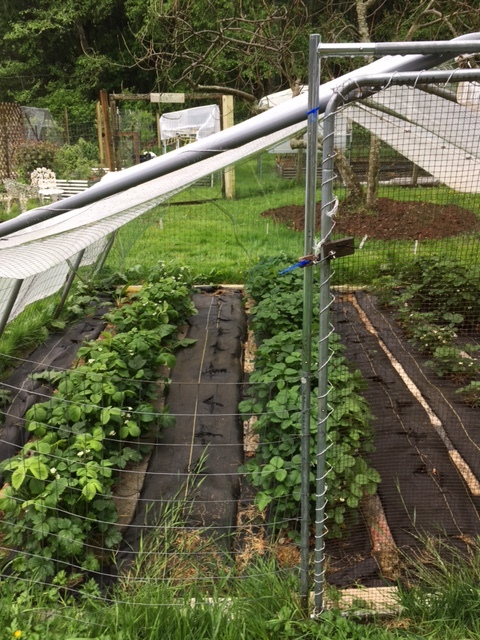 I use the sluggo plus, around but not in the beds. stop them on the way in. haven’t found better yet. helps with the earwigs too.

You don’t have a slug problem, you have a duck deficiency