Here’s an interesting pear. I’ve had this one for a few years, and finally got 20 or so pears on it this season (and only two sad, stinkbug-ravaged ones last year): would’ve had more, but it’s an early bloomer, and that often spells trouble in a Kentucky spring. It was collected by @Blake on Copper Creek Road in Garrard County, Kentucky, not far from here. If I remember his description correctly, the ortet was a totally neglected tree with no signs of disease and a heavy load of fruit.

I think you’ll agree that the fruit looks rather Kieffer-ish. And the tree acts rather Kieffer-ish: vigorous upright growth, late ripening, early blooming. I wonder, in fact, if it might be a seedling or sport of one of these old-timey “keeper” pears that were once so ubiquitous here. But I’m pretty sure that it’s not exactly the same. Notably, it’s not gritty, save for some cells near the core! I ate a dropped one today in the crisp-ripe stage, and it was actually good—juicy and refreshing! Seriously! Going to see what happens when I let them soften up. 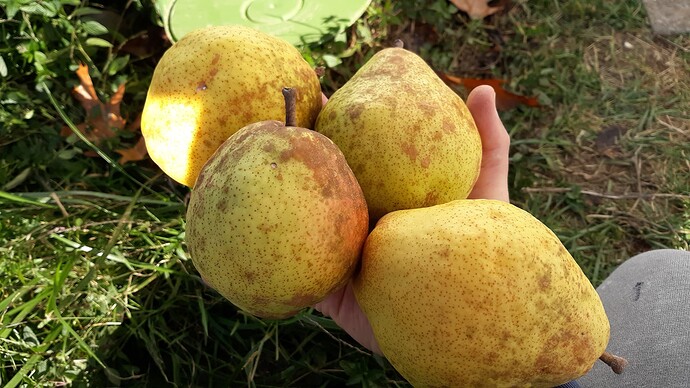 No disease issues to date. If there’s been any fire blight—and I don’t recall having seen any on it—, it’s been minor.

Anybody else have one of these?

Looks a lot like kieffer your right or maybe more like Duchess D’ Angoulme. There are many old trees around since they dont have disease troubles. Largest / Best tasting pear . See the dots on the fruit and size , good taste , look for stretch marks on the fruit. Compare the leaves and fruit. They are disease free long lived late season pears. 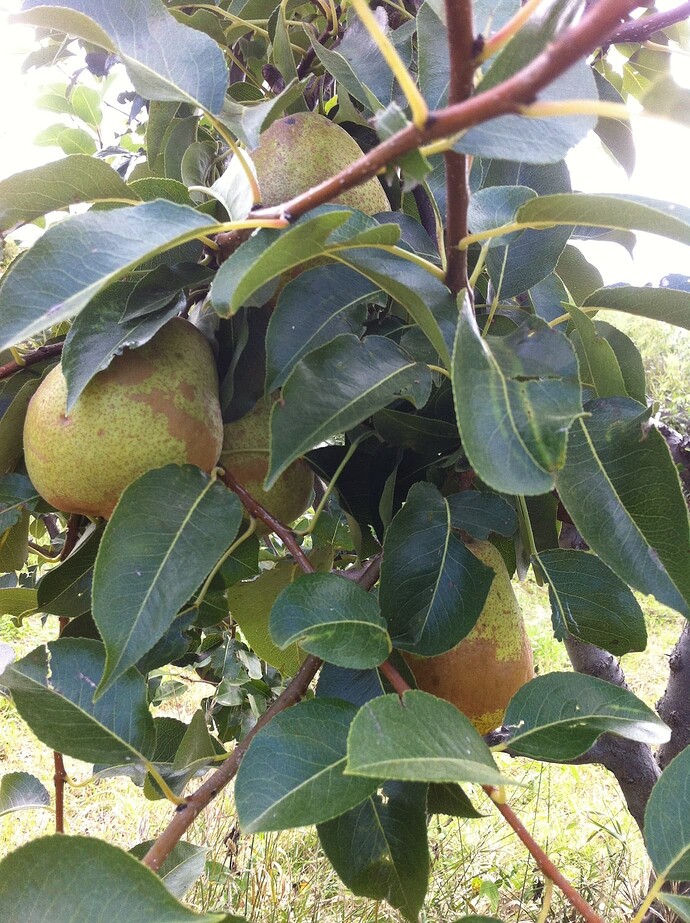 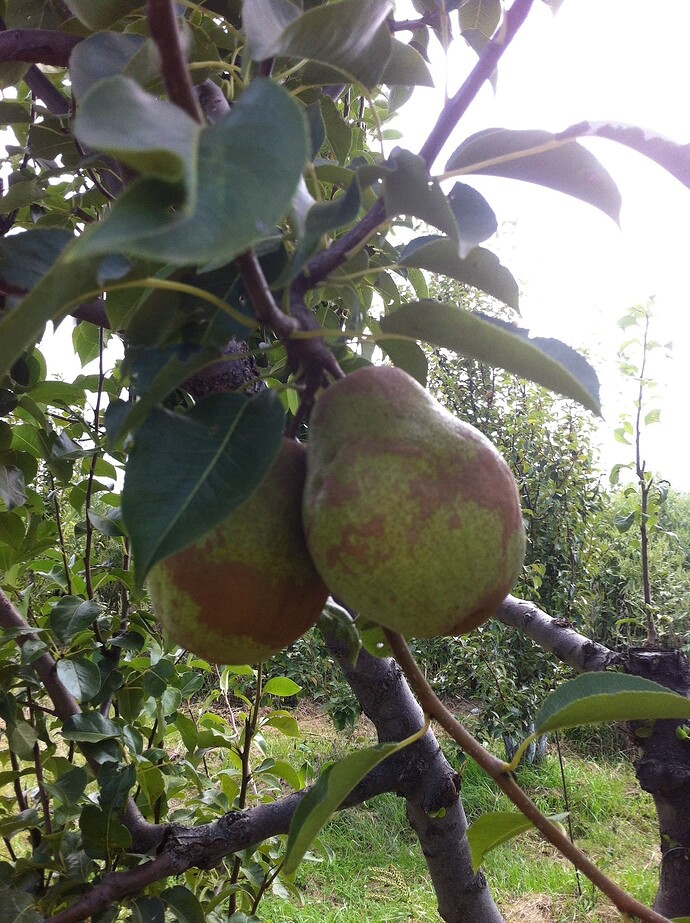 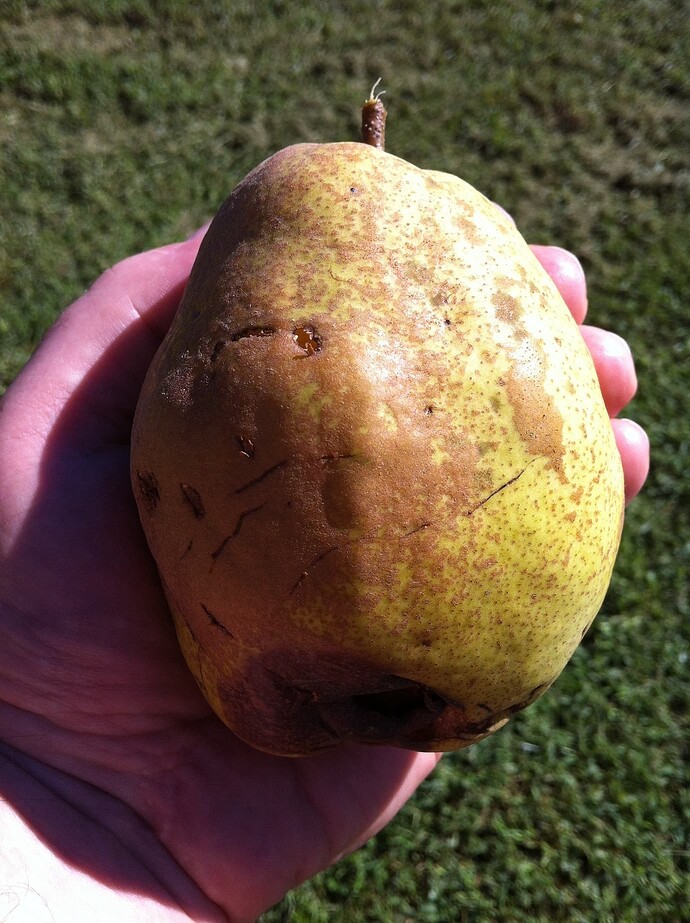 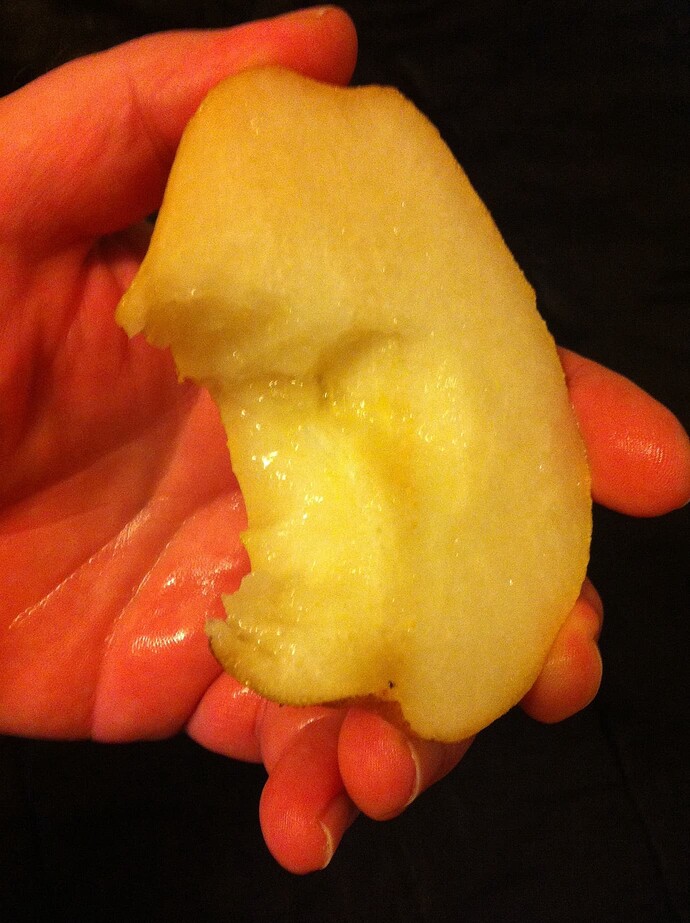 Thanks, Clark! I was hoping our resident pear master would chime in on this one.

Now that you mention it, maybe it is Duchess d’Angouleme—or at least related to it. Duchess has definitely been grown in this state for some time: I’ve found references on books.google.com going back to the 1870s, and this 1894 Report of the Kentucky Agricultural Experiment Station lists it among “the favorite varieties” in the state (along with Bartlett, Kieffer, Flemish Beauty and Le Conte).

The leaves of “Copper Creek”: 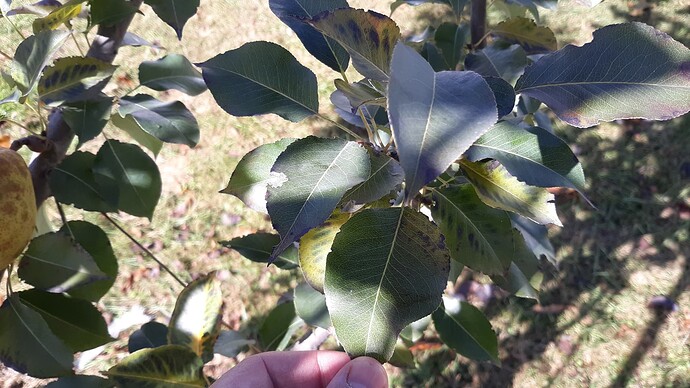 The fruits do tend toward largeness. Witness this hand-filler: 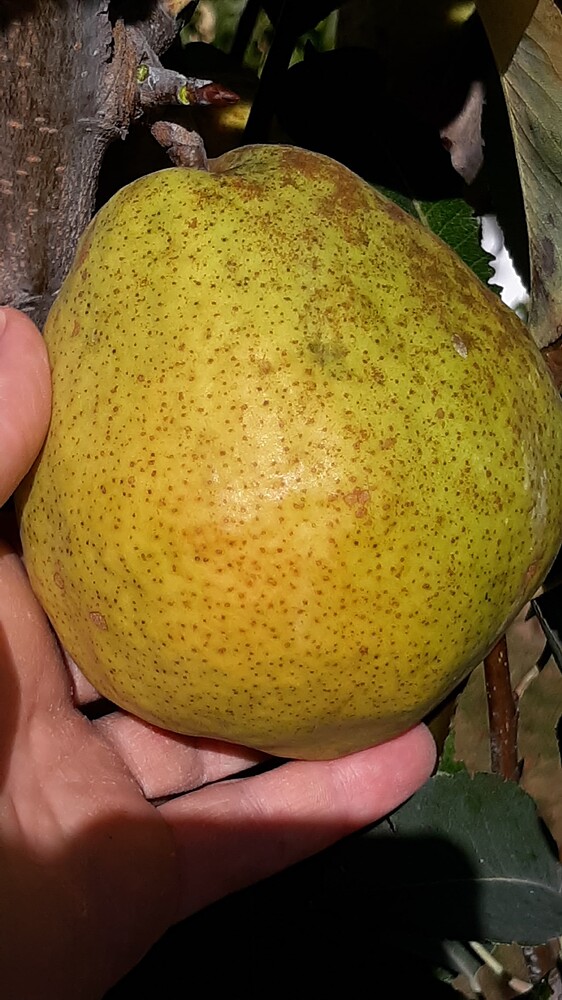 They’re sometimes blushed on the sunny side: 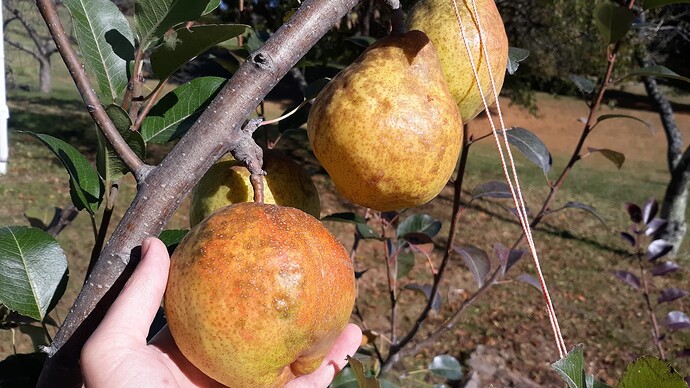 And all indications are that they promise to be good eating! The presence of grit only around the core and the ability to eat it crisp, do seem to suggest Duchesse d’Angouleme, too, don’t they?

Whatever it is, good find, Blake!

See the pointy leaf tips and the stretched skin they are one in the same. Bet if you metal detect around the site it was found people were there a long time ago.

Thank you, Clark! Great to have the mystery solved. I think it’s going to be a good pear to have. Actually, I’ve admired your big Duchess pears, and was seriously thinking about grafting one next spring. But no need now!

It sure looks to me like you have one.