<
Correction: The apple I described in a post I took down is Goldrush, not Brushy Mtn LT. Thanks to @subdood_ky_z6b for catching this. I had both in a bag. Will follow up soon with a description of Brushy. Apologies for the confusion. Call the home, he’s mixing up his apples!

Wow, that’s fast delivery. Didn’t you order those on Monday?

My LT’s don’t look like that. The ones we picked have a pale green with darkish pink splotches. Do your other LT’s have similar coloring?

Here are a couple of pics of one of the LT we picked. 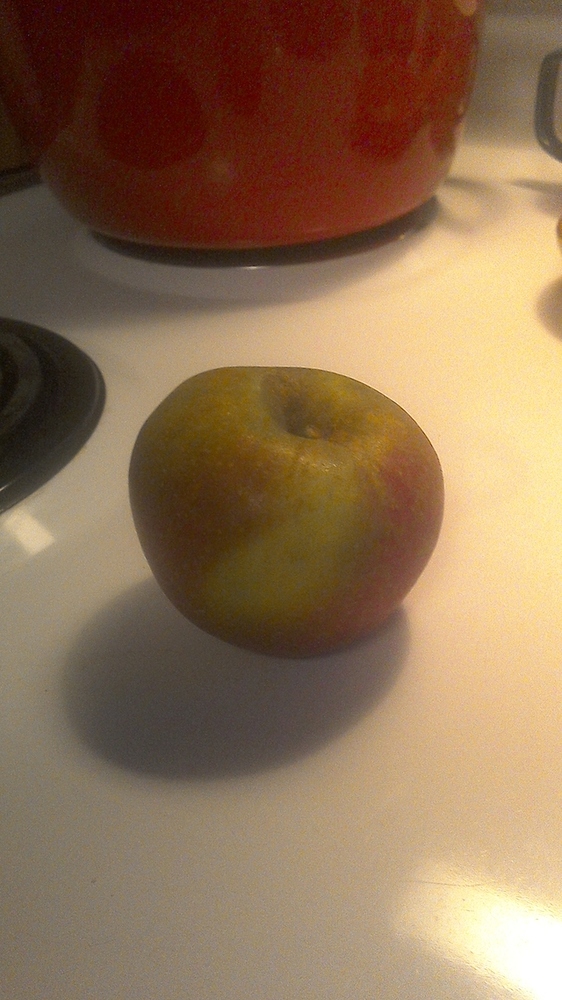 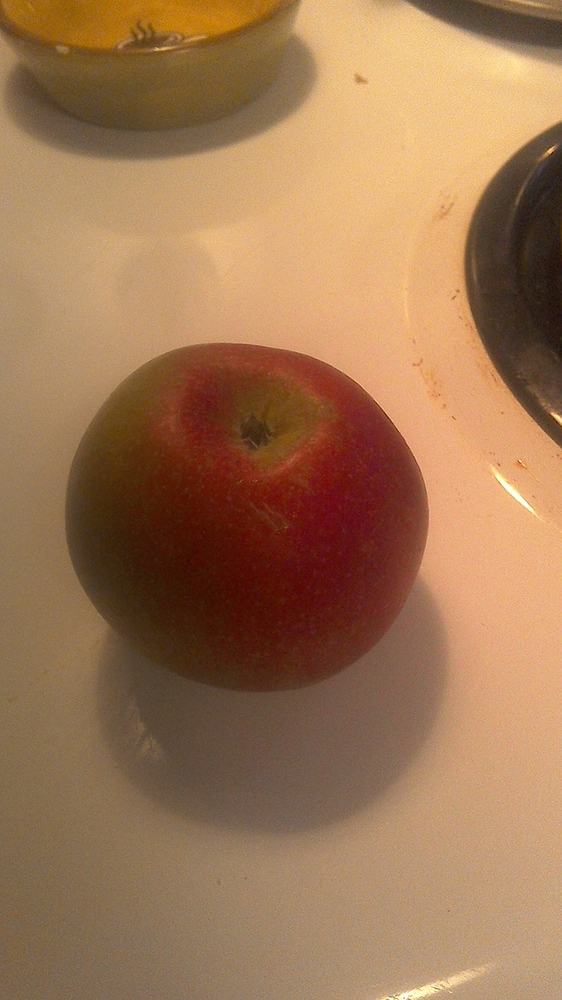 Didn’t you say you also had some Goldrush delivered with them? I had a GR yesterday and it looks like your apple, and the taste was what you just described. Crunchy, with an intensely tart and sweet flavor. I could almost feel my teeth dissolving as I ate one!

I’ll give this one a taste and report back to y’all.

@subdood_ky_z6b You are correct! I got the Goldrush mixed with the LT! Thanks for catching that. I will try to take down my post and re-do an accurate one!

Hahaha
Now I know why while a 1/4 the way through reading the description in your post it all just disappeared before my eyes.

@subdood Yes my Brushy looks like your photo- red. I found it hard, dense, chewy, mildly sweet, pleasant. I did not detect any tart, did you? Much less interesting than Goldrush but still a decent apple.

My GR are going to hang right to the first hard frost, they are still not ready yet. Some critters are helping themselves but I’m going to hold out.

My GR are going to hang right to the first hard frost, they are still not ready yet. Some critters are helping themselves but I’m going to hold out.

That was my plan, but the critters have finished them. Probably raccoons or crows. I’ve seen the raccoons on the trail cam.

As Lloyd Bentsen famously said to a political rival: “Senator, I knew Goldrush, and you’re no Goldrush.”

OK, I’m back for my LT review. I got distracted watching OU football and the World Series. Plus my wife bogarted the tablet, but I prob spend a bit too much time on it, so I can’t really complain.

Alright, I cut the LT up, it was very hard, like the Ark Black I’ve been sampling lately. It was a bit green on the inside, so it’s not quite ripe, even tho the seeds were dark. Texture is hard, not crisp, flavor of this one was very tart, hardly any sweet, almost tasted like a Granny Smith to me. But that may be b/c it isn’t ripe. Flavor was similar to the Ark Black, a little bitter, maybe a licorice taste?

I like the apple better than the AB, but it needs to sit a while to sweeten up. I think this variety has better potential than the AB. So, my grade is kinda incomplete for now. But, I have another 8 or so to sample, so I’ll submit another review later.

@hambone, yer apples are prob more ripe than mine. Guess I’m not good at judging how to pick the fruit properly.

I have one Brushy hanging on one of my trees. So I’ll get to compare my own apple to the Reed Valley KY apples soon. Sounds like the Reed Brushy I tasted today was riper than yours. Sounds like a lot of variability which puts a premium on picking at just the right time. Thanks for your taste test.

One of the problems with the really late apples is getting a good taste take on them. When I was first growing apples I tried them not ripened/aged enough and I removed some varieties I don’t think I ever tested properly - Blacktwig for example. Now I try to cellar any late apple and taste over a long period. If I only have one or two apples I’m not beyond tasting the same apple kept in a bag 3-4 different times. Cut off a thin slice of the exposed bit and throw out, then taste a slice and put back in bag.

Since I’ve written about Arkansas Black, do either of you, or anyone else, have an opinion on this apple, when ripened?

Also, since the AB, and these LT might be a bit green on the inside, can one actually pick an apple too soon, and not get it to properly ripen in storage? Will the starchiness turn into sugar over time?

I am not growing it and have not had one for several years. When I was younger we would periodically get them but I don’t think I ever had a properly ripened one then. More recently I cellared a few myself and it is a fine apple. I you have had Black Limbertwig I would say they are similar but BLT has a twang to it not found in AB, and AB has some nice savory flavor I don’t remember too well now.

I think all starch will turn to sugar but if too early there isn’t enough starch yet - ? There is a standard starch test which growers use, for storage / shipping they need to pick a little under-ripe but not too much. It might be worth reading one of the commercial ripeness bulletins, I find they are not really speaking our language but you can get something out of them. For example see Cornell’s harvesting guide. The starch test is toward the back. Hey here is a blog page that seems better than that Cornell guide, there’s actually some explanation in it! Check out the pictures of amount of starch and his remarks on ripeness of them, you have probably tasted enough apples to have an idea where they sit on this starch index.

Thanks, I gave the second blog a quick look. Don’t know if I need the pressure or brix checker yet, and wouldn’t want to take them to the PYO. The owners at the orchard say they do these tests before they clear the trees for picking, so I’ll have to defer to them. But, I know apples don’t ripen uniformly on a tree, so I’ll just have to learn thru experience.

When our trees start producing, it may be a good idea to maybe pick one of these items up, especially the refractrometer. Do you use them, and if so, does it measure only sugar levels, or does it check acid levels too?

The iodine test is interesting, I’ll keep that in mind in the future. Seems cheap and effective.

I have a refractometer but I find I can usually be pretty accurate with just tasting it. So, I will use it occasionally to confirm my impression. I also have an acidity kit but rarely use it as it is a lot harder to use than the refractometer and is fairly easy to gauge with the tongue. Same for starch, the tongue is my guide.

@hambone, have you tried any more of your Limbertwigs from Reed Valley? I picked about a dozen of them on my last visit on the cheap because off the hard freeze they had about a month ago. I also picked up a few from their cold storage.

I have sampled a couple of the ones I picked, and have noticed they’re developing more sweetness, and just a little bit of tart. They have a nice aromatic flavor, kind of like an Ark Black but more so, and the texture is still firm, but not crisp. They also are still a wee bit green on the inside, so I guess they a got a ways to go to ripen.

But right now, they’re pretty good, and I believe in a couple months they’ll be a really nice apple.

BTW, I grabbed an Ark Black from my cold storage frig, and the flavor hasn’t really changed that much, although it is a bit sweeter. So right now, the LT is tasting better than the AB.

Yes, I have been sampling a Brushy Mountain LT every week or so and have to say it has not impressed, at least so far. It’s very hard, dense, chewy with a muted, mild taste that does not seem to be developing into something worth the wait. I have a couple more left. If same result on them near New Year’s I plan to graft over my Brushy Mtn limb to something potentially more exciting like Red Rebel, Green Pippin, Paducah.