Thanks for sharing, I really enjoy reading about the history of orchards both small personal plots, and large commercial endeavors. .

I guess I should point out for folks unfamiliar with the area, this is right by the beach in Southern California, about 2 miles from the ocean and 10 miles from Disneyland, a balmy climate if there ever was one. They get squat for chilling hours, and subtropicals are the norm. But they get zero frosts, and so I can see how crops would be reliable if it wasn’t for the reduced rainfall. Skyrocketing land prices doomed the industry more than drought did however.

Wow, this is a great piece of history, Kevin. I grew up in Huntington Beach, just up the coast. My mother in law now lives very close to where the apples were grown, next to Hoag Hospital. I had no idea there were apple orchards in Costa Mesa. Thank you for sharing such an interesting article. So much for chill hours, eh? And yes, this is some of the pricest real estate in Orange County, now.

What a wonderful piece of history @applenut. I enjoy that sort of thing so much, especially if it’s somewhere I have been to. No wonder they ran into water supply issues with the growth of LA. It was therefore interesting to read the accompanying article on the construction of water purification plant in 2009. So it seems water has long been a problem in the region. Didn’t they build the Hoover dam for the same reason?

There used to be vast orchards of apples in what is now New York City. Before that it was a pristine wilderness filled with beavers and virgin forest.

I love the jack-o-lanterns hanging from the packing house!

With all this well documented history why are so many people now planting apples in similar climates and acting like they just discovered the wheel? And I’m not thinking of you Applenut.

I agree with everyone! Great story. I too like the ‘jack o’ lanterns’ hanging. It was probably fall?

Found more info in the book “Early Costa Mesa” https://www.amazon.com/Early-Costa-Mesa-Images-America/dp/0738569763 that said the first apple grower there was Donald J. Dodge who moved there in from the Midwest in 1911. He knew nothing about farming, but was determined to grow apples “by the book”, much to the amusement of his neighbors, who of course knew that apples didn’t grow there. Once again, ignorance is bliss. The below photo was at Newport Mesa, about where the Orange County Fairgrounds and Pacific Amphitheater are now. By the way, the “book” he may have been referring to is at The Apple: A Practical Treatise Dealing with the Latest Modern Practices of ... - Albert Edmund Wilkinson - Google Books 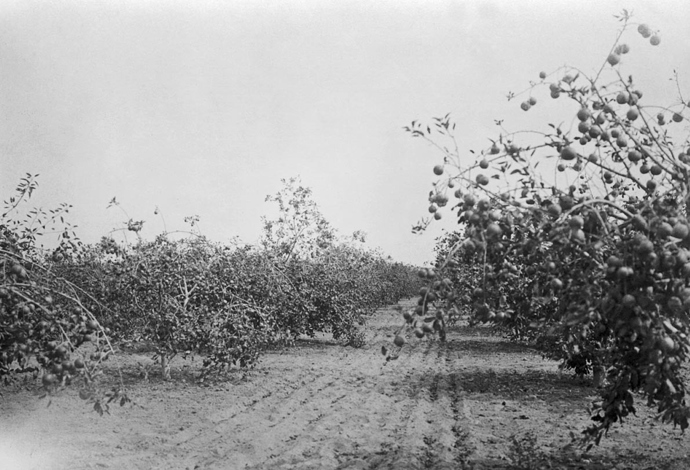 Hey, this is in my backyard (I mean LITERALLY, it could be my backyard!). I had heard that Costa Mesa had a history of apple growing but it’s great to see the full story. Gives me hope that my newly planted apple may succeed.

I keep waiting to hear the rationalization of how this could be. “Well, that must have been a cold part of Costa Mesa”, or “shows how much global warming has occurred since then”. Don’t laugh, I hear comments like that from people who have a mind set that facts can’t alter. The new Stark Bros. catalog still lists most apples zone 4-7.

Well, I can tell you this. It hasn’t snowed in Costa Mesa since 1948, so we just don’t get all that cold here. We have had quite a few <45 days this year so far with at least one of those low temps hovering around 39 or 40. Costa Mesa is interesting in that it’s coastal, but it’s elevated from the surrounding cities which, historically, grew green beans, tomatoes, strawberries, and asparagus. Back in the 70s before there was as much development here, the roads on the eastside had squiggly lines painted at the intersections because of the intense fog that used to be here. I don’t think there’s enough open space for fog to settle like it used to do. I’m not sure how that may have affected production of apples, but it is an interesting observation about how weather has changed over the years.

I saw an interesting video on YouTube in which the Dave Wilson group grew high-chill apples in neighboring Irvine in an area with fewer than 100 chill hours a year: 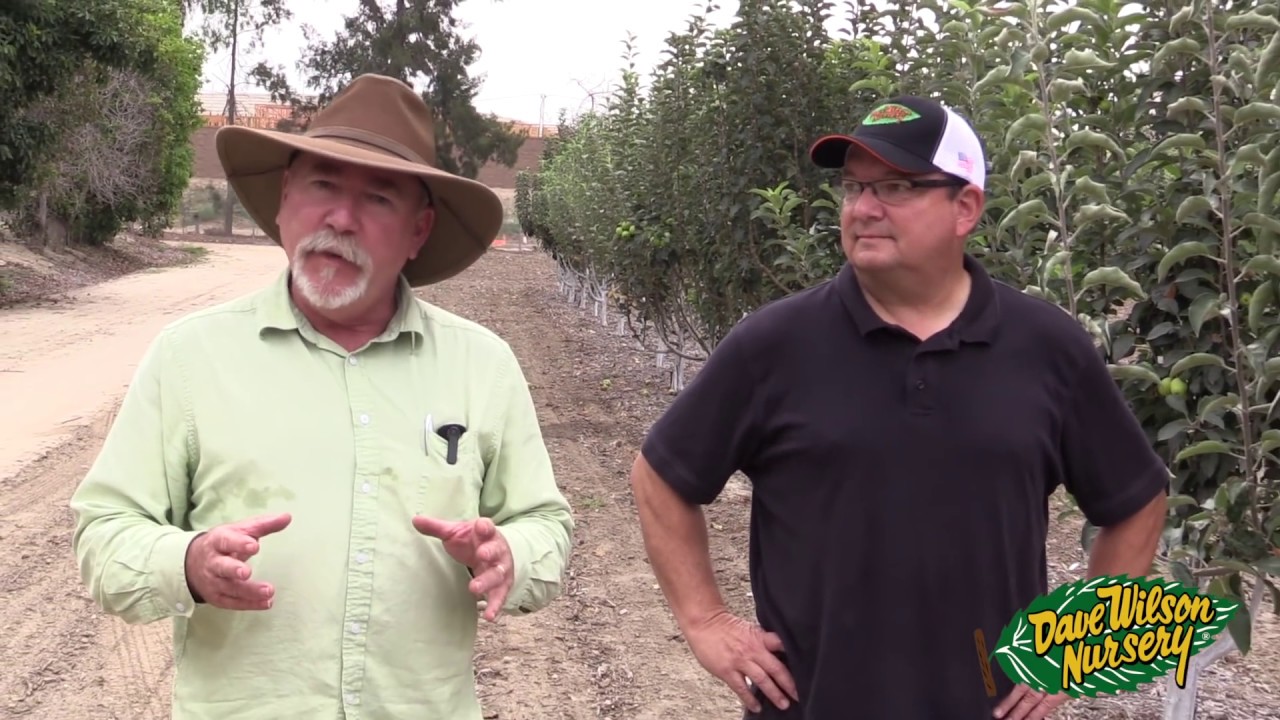 And you all grew spinach as well, just like Huntington Beach did (and grew all the same crops you’ve mentioned). I worked as a strawberry picker in the fields when I was in junior high school in June. Hardest work I’ve ever done in my life. And Applenut shared that exact link a bit ago, and was fortunate to have been invited to tour that UC Irvine growing grounds as a tribute to his pioneering work growing high chill apples for years, now. I would very much like to tour this growing station. Going to have to get back to my CFRG meetings and see if that might be something the chapter is interested in doing!

Exactly! My tree is still new (Pink Lady - now about 6 feet tall in its 2nd season) and I haven’t yet decided on a buddy tree, so it’ll probably be at least a couple of years before we can see how things progress here. I have a neighbor growing a couple of trees on their side yard that are HUGE and productive. I’ll have to stop by and see what they are, but probably Anna and a buddy.

Oh. That’s easy - pair your Cripps (Pink Lady) with a Fuji. Yum. Double yum. Love this combo in my orchard. Fuji does exceedingly well here, and produces the most outstanding apples I have ever eaten. Absolutely no comparison to store-bought Fuji’s. I loved my first Fuji so much, I planted two more Fuji cultivars.

That was the original plan and that’s what I bought - a Red Fuji. But, it didn’t do well and showed no signs of growth (and still hasn’t done so) so it never made it into the ground. I should have taken it back to the place where I bought it.

I would pick up another one, SoCal. My Red Fuji is going on year 6, and it is HUGE and healthy. Does show typical signs of not getting enough chill (bare middle leaf nodes) at times, but that in no way affects fruit set. Just an outstanding apple variety for me in my climate, which I suspect is very close to your climate (Sunset zone 23).