I have a critter that seems to have made my gard n its home. I am finding holes, approximately 5 inches across and at least as deep before burrowing. Any ideas as to what it might be?

I have killed a possum already this summer, but I don’t know if this is another… 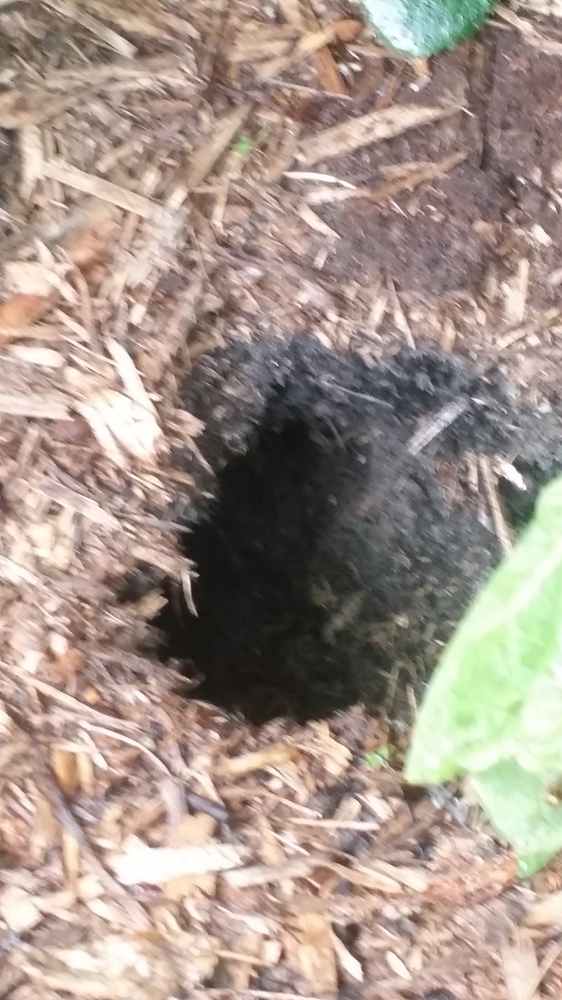 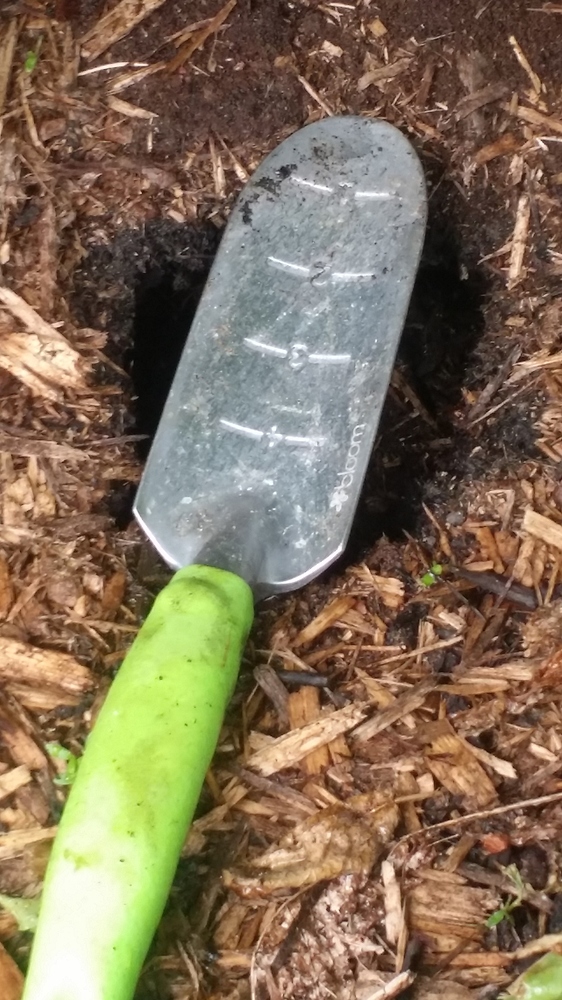 whatever that is, I’ve got one too

I really don’t know the answer. Do you have skunks in the area that might be digging for worms? It’s just a possibility.

I’ve not seen/smelled any skunks recently (and my dog has not gotten herself perfumed by one.

What strikes me as weird is that there doesnt’ seem to be any dirt being thrown from the hole. It appears that the hole is being dug from below.

I can tell you that it, whatever it is, seems to like the roots of my Florea fig

What does that narrow it down to? Gophers, rats, voles what else eats roots and tunnels?

I can’t imagine the vole that would make those holes. Rats, gopher, groundhog. I don’t know if it is actually eating the roots, I just know that the holes are all within 4 feet of the fig and that it has not done well this year for me (its about 4 inches tall)

Are there any mounds that would indicate pocket gophers? They are death to figs and fruit trees.

Scott if you lived in the Pacific Northwest I would say you have mountain beavers. I hope they haven’t expanded their range to include your area. We had them at our last property and they ran tunnels up and down our steep slopes causing erosion and other problems. Good luck on finding answers.
Carole

I’ve lost almost all pawpaws already due to the aforementioned possum and whatever else is out there. I will be taking matters to the next level and setting the tube trap to see if I can get something…

Mouse and rat traps haven’t caught anything since early spring…

I vote ground hog. But there should be another hole nearby.