Dealing with the SWD and methods of defense

Well the SWD fruit fly is here now in my garden. I’m trying Diatomaceous earth. It is a fine powder and I’m going to use a dry duster. I’m using a small one now but was looking at bigger models. I’m going to give the Gilmour D1 1-Pound-Capacity Dry Application Garden Duster a shot. I think this will work well on dry days no fly should escape the dust. I heard this method works well for many insects. Ants, spiders, etc. I have a problem with hundreds of spiders on my cottage. In 3 days if you knock the webs down, they are back! Yikes! I guess I need to kill them. I don’t want to poison myself or the dog, this stuff is fairly safe except during application. You do not want to ever breath any! I’m using food grade DE. I put the first application down tonight with a small hand thingy that is not very good. I’m going to go order the Gilmour soon, if you know of a good dry dust applicator within reasonable costs, let me know!
Those not familiar with DE, basically I’m exposing insects to tiny shards of glass, they will be cut badly and bleed out, it works very well! Once wet, it does not work. The powder stays dry. I bought 5 pounds, and it is 3 years old and is not clumping. Kept in the garage too.Looks like flour.

I thought it was more like the insects desiccate than “bleed out”.

Let us know how it goes with the Spotted Wing Drosophila (SWD). I’m not sure how effective it will be since they land on the fruit to deposit their eggs inside. Seems to me the diatomaceous earth (DE) wouldn’t kill the short lived SWD until after they’d already inserted those eggs inside the fruit, a place where the hatching larva would be protected from contact with it. Fruit flies that they are, they probably die soon after laying, anyway.
If it does work, though, it would be a rather ecologically benign strategy. So, please let us know if it appears to have any effect.

Also, are you sure the fruit flies are SWD? Have you been finding berries with larvae in them, or have you caught and identified the flies through comparative photos and descriptions? I’m not saying you don’t have them, although in this case it would be better for you if you were wrong. I’m just wondering how you’ve identified them as being SWD.

I thought it was more like the insects desiccate than “bleed out”.

Yes, I just like the term better. Desiccate can mean to preserve, or the loss of emotional or intellectual vitality also, besides dehydration. I wanted to be more specific. Also not just water is lost, much hemolymph also is absorbed by the DE. DE drys them up by bleeding them out of hemolymph and other bodily fluids inside the exoskeleton. It will pull any liquid, even oil, rather well too! The other DE I buy as a soil amendment is DE sold as oil absorbent. Desiccate is often used to describe the action of DE, it’s just not a very accurate term.

Also, are you sure the fruit flies are SWD?

Yes larvae is present in the fruit.They are very unique looking, they look just like the photos. My job was identifying microscopic animals like amebas, and microscopic worms. It is what I do best. The serrated ovipositor is a dead giveaway (look for a double row of serrations), the dots on the wing of the males too. This is the 2nd year I have seen them. Three years ago none were here. Extremely easy to ID. Michigan first saw them in 2010.

I think it will work as any emerging will be killed, maybe stopped from mating even. It should kill them fairly quickly, maybe 15 hours at most. True, the first wave will lay eggs.That’s already happened, now swarms are developing. I did see a few a couple weeks ago and tried conventional sprays, they cannot cover like a powder can. It drifts to every nook and cranny.
If they manage to still mate and lay eggs despite the DE, I will let all know.

I’ve read for chemical control of SWD, insecticide must be applied weekly, or after every rain (whichever comes first). I’ve found this to be true both last year and this year. I was a little late on some sprays at the house and got SWD in the blackberries. I’ve been much more diligent with sprays at the farm where there are U-pickers and those berries have remained clean.

Blackberries infested with SWD will turn black like normal, then some of the druplets will start to turn back red - after they have turned black. If you try to eat these berries, they taste horrible.

I’m hoping the DE works, as for me I know the organics are safe and such, but I don’t really want to be spraying berries with chemicals of any sort. I have been, and as stated you have to keep spraying, Because you are not getting them all. They are not flying in daily from other places.
Well at the least DE is something we can add to the arsenal of weapons. I have been trying to get rid of it for three years!

Yes sugar is supposed to work! I went out this morning and only saw one. Yesterday’s DE application killed the swarms completely. Or they are still sleeping from full bellies!
Even with a small squirt bottle, it took no time to apply, it reminded me of fogging, the cloud of dust particles just floated all over the plants. I’m going to order that dry sprayer right now.

Drew, where do you buy food grade DE? Do you buy a particular brand? Thanks!

Drew, where do you buy food grade DE?

I bought it on amazon, No particular brand. Many grades of DE exist, Use food grade as a pesticide. I would avoid eating it, but no worries if consumed. Some advocate it. I worry about the silica in the air. Do not breath, do not disturb dust, once it rains it must be reapplied when dry again. I noticed after 24 hours here, it was still working, I moved a cane I sprayed and a dust cloud appeared.
Last night I noticed more SWD, some must have hatched, how effective this will be I’m not sure? @MuddyMess_8a brought up a good point that it may be ineffective. It is at the least another weapon we have against them. It may take a combo of things to control. Berries ripen daily and I hate to spray with chemicals, even organics. I leave almost every weekend, so that is when I usually use other sprays. Harvest is missed for a few days.
Other sprays though in the jungle I call blackberries is near impossible to coat everything, DE looks to be able to penetrate the mass of canes easily. I could use sevin, or eight dust now too with the sprayer I purchased. I’m liking the dust action, although is easier to contaminate oneself!

I don’t know if it works but I have SWD issues here, and at least in past years not until late Aug, If you have a Feed supply store they will stock DE cheap
http://www.tractorsupply.com/tsc/product/red-lake-earth-diatomaceous-earth-with-calcium-bentonite-40-lb?cm_vc=-10005

Do you mix Spinosad with sugar and dissolve it? Then place it high up to avoid neighborhood pets from eating it?

When I first read it, I though you were dusting (or spraying) the berries, then picking them a bit early (which necessitated the sugar…).

I’ve only seen one larvae so far the year and I’m not positive it was SWD. In past years it usually hits in early August (2nd week, I think). The Tripple Crown berries are a bit ahead this year, so I’m hoping to finish them before SWD hits. Unless they are early too…

What are you seeing them in?

I, knock on wood, have noticed very few insect issues. I am very close to the water and have huge numbers of spiders as well.

My box of DE is at least 5 years old and in the garage as well. I’ve only used it on persimmon (for psylla) and on squash for cucumber beetles.

I mix the sugar with 1 cup of water and then use that cup with the rest of the water that is going to be mixed with the liquid Spinosad. I then spray the entire BB bush. This is more preventative at the moment. I had a confirmed SWD in a trap in early June, but once the weather hit the 90s for the last month, no SWD. It is about the time they Normally show up here in the East. Ive got about 5 gallons of BBs still to be harvested… Legacy, Darrow and Bluecrop are still fruiting.

1 TB of sugar is just enough to to attract the flies, but not enough to make my cats want to lick the bush.

As a very anecdotal response I was having bird issues, eating berries etc, once I sprayed with the sugar Spinosad mixture, the birds stopped picking the berries… until it rained

As a very anecdotal response I was having bird issues, eating berries etc, once I sprayed with the sugar Spinosad mixture, the birds stopped picking the berries… until it rained

Two for the price of one. I was wondering if you had any extended time periods after spraying without rain. Did the birds stay away over this longer time period?

I was wondering if you had any extended time periods after spraying without rain. Did the birds stay away over this longer time period?

yup for sure, I have a pair of Cardinals in my neighbors yard, they love BB’s, so either during that time they found another steady food source, unlikely, or they didn’t like the sprayed fruit.

I hate all National league and American league birds, don’t get my started on Orioles.

I hate all National league and American league birds, don’t get my started on Orioles.

Now that you mention it, all the MLB birds are fruit eaters. I never realized that before. Makes me feel all that much better about our town team. We aren’t doing very well this year, but still number one in likability. 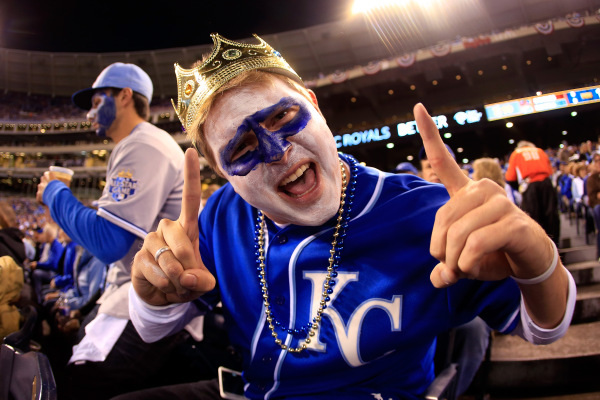 Ranking all 30 MLB teams by likability

The neutral’s mind is a fickle place. There are all kinds of different factors that can affect one’s opinion of a team they otherwise wouldn’t have any feelings about. On Wednesda…

Well I have been away and have not had a chance to spray DE that much. Although it has not rained and when I came back the DE was still all over everything. Not one SWD in sight. Two applications, compete eradication? Impressive, but it may be dryness or other factors that helped.
I checked rotted berries too, no worms, not one. I got lucky, if it rained, I may have faced a cloud of them when I returned.

I’m still not seeing any and did not spray anymore. I will one more time after this weekend’s rains. It rained yesterday, so went out to see if any matured. I’m not seeing any. I now want to spray to kill the yellow jackets trying to get liquid and sugar from my berries. They are damaging fruit pretty bad. Fruit is still good, but I could easily get stung. Time to kill them!