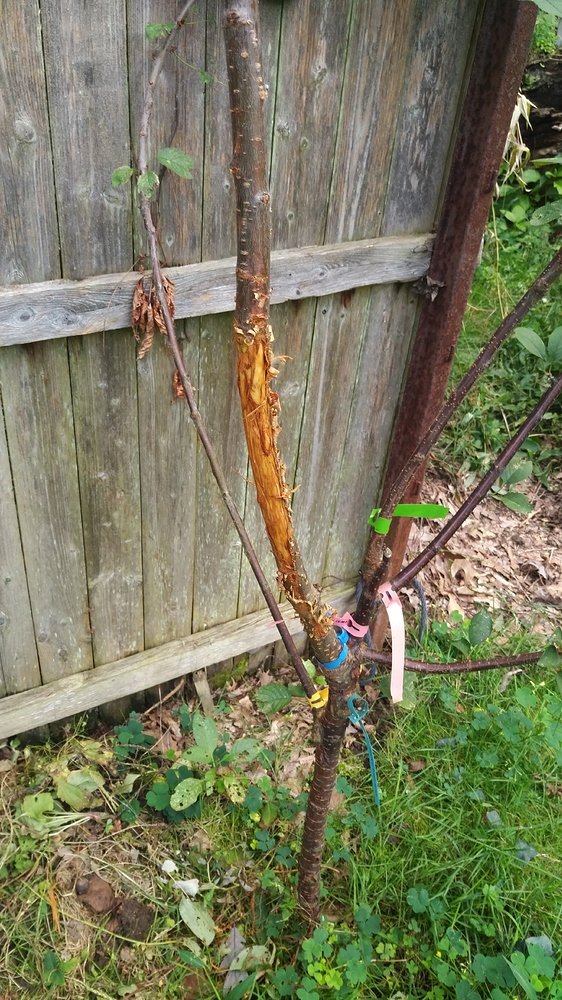 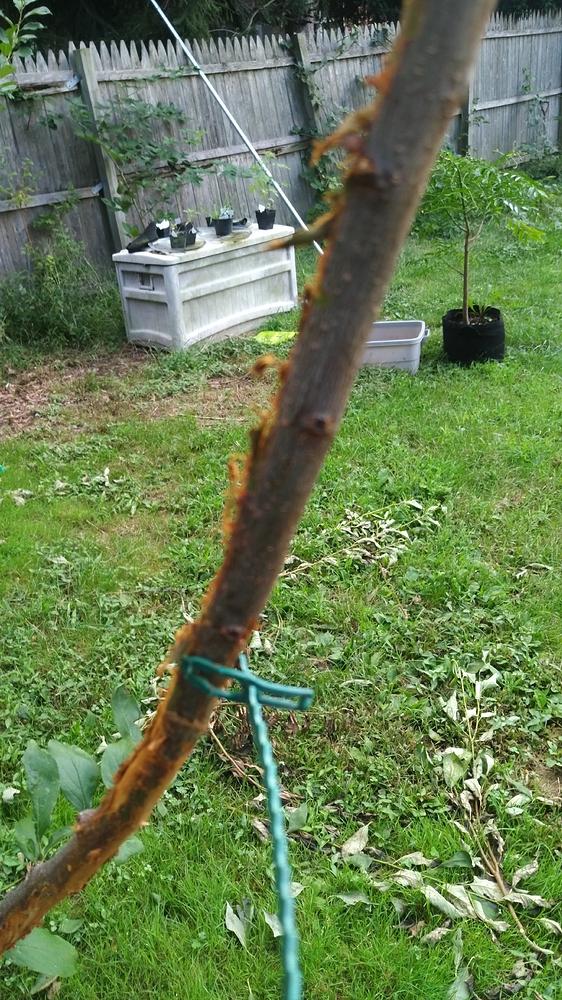 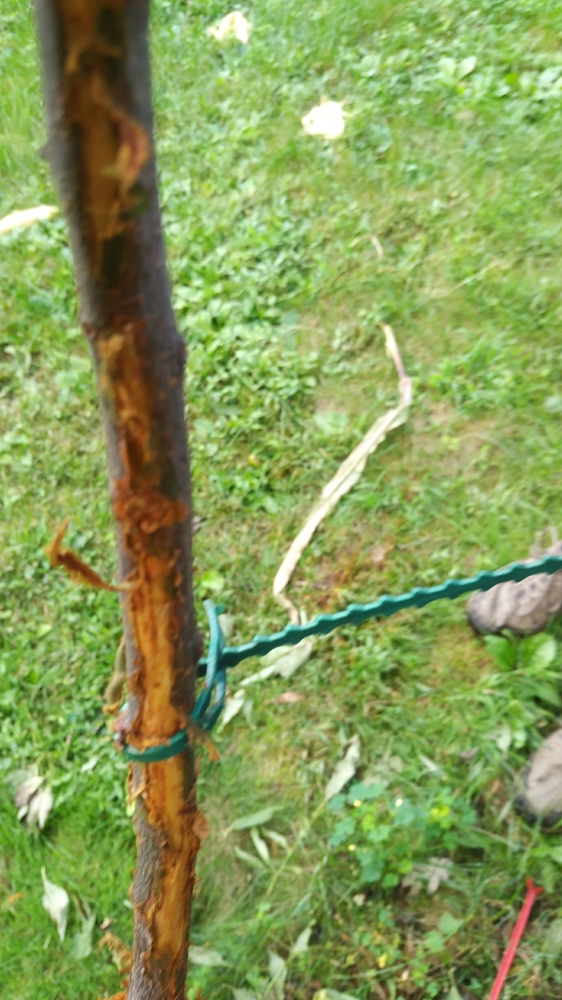 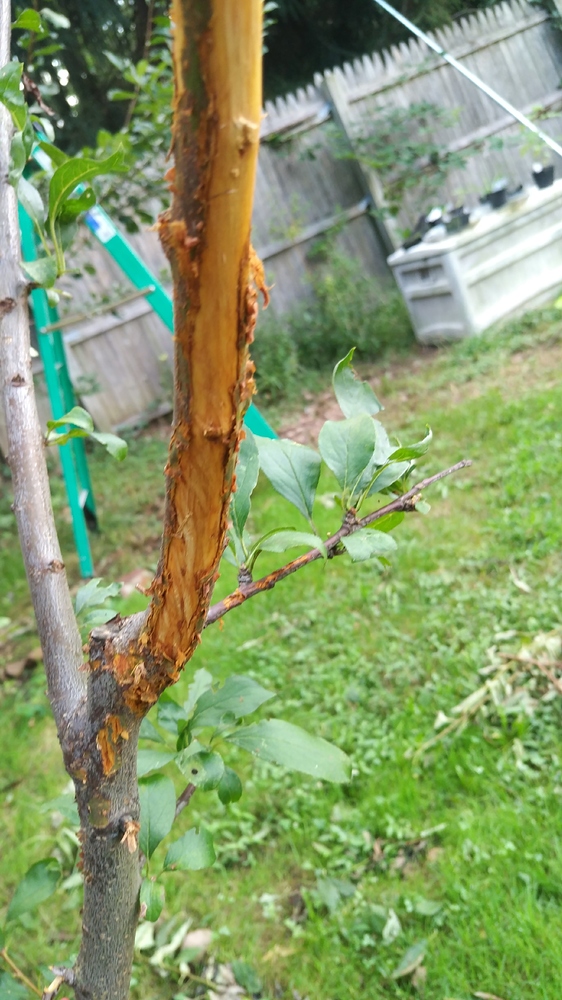 My spring survey showed the dear did a great job girdling the effected limbs. 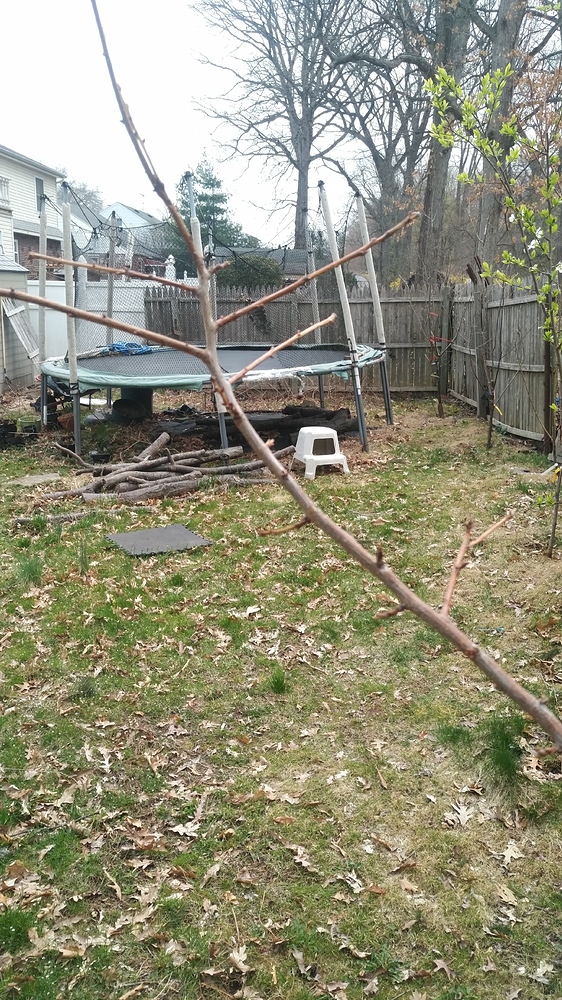 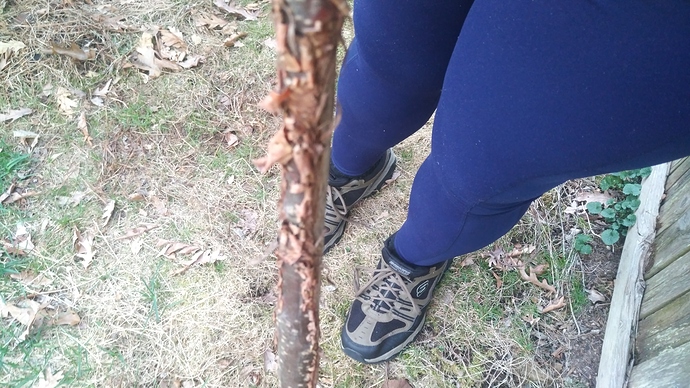 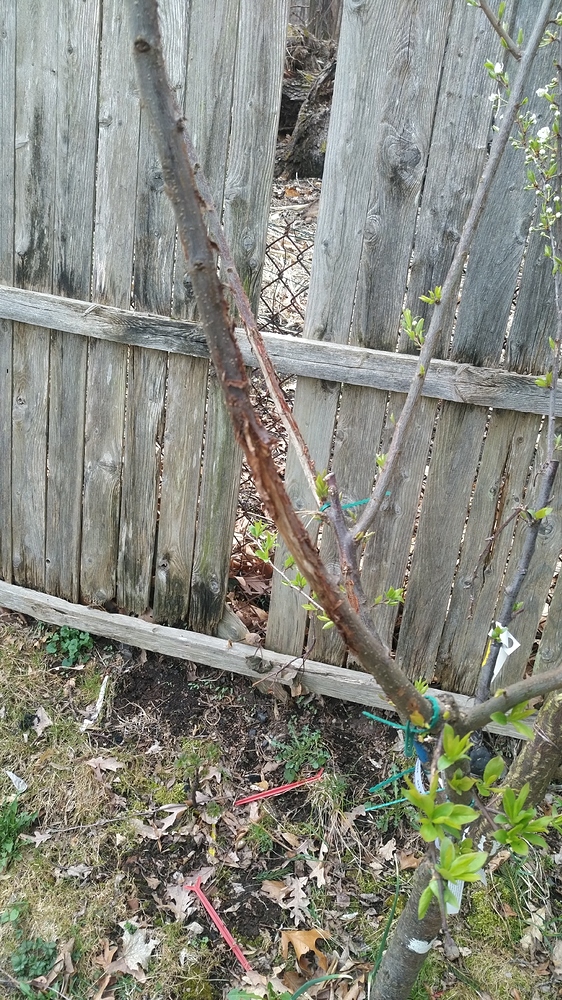 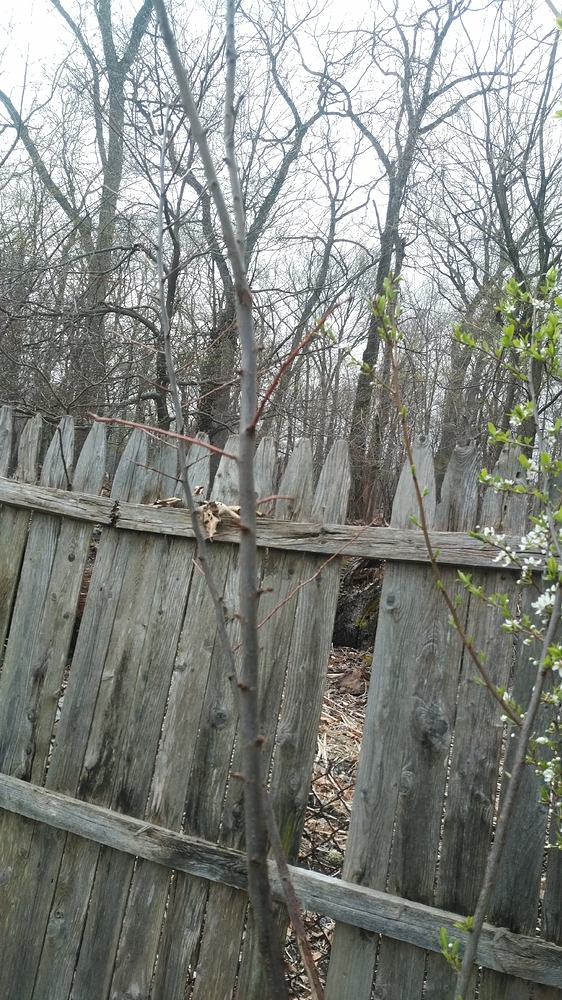 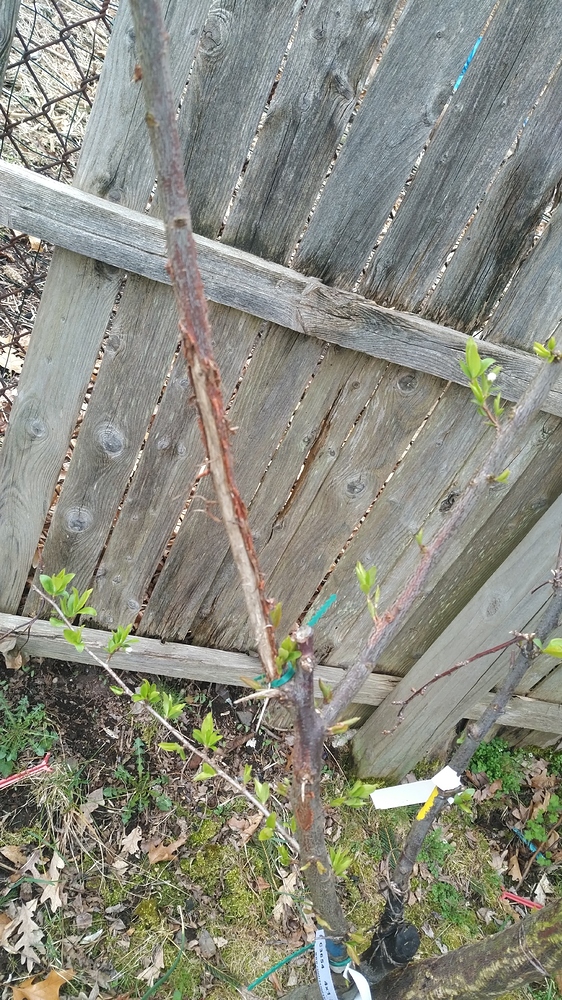 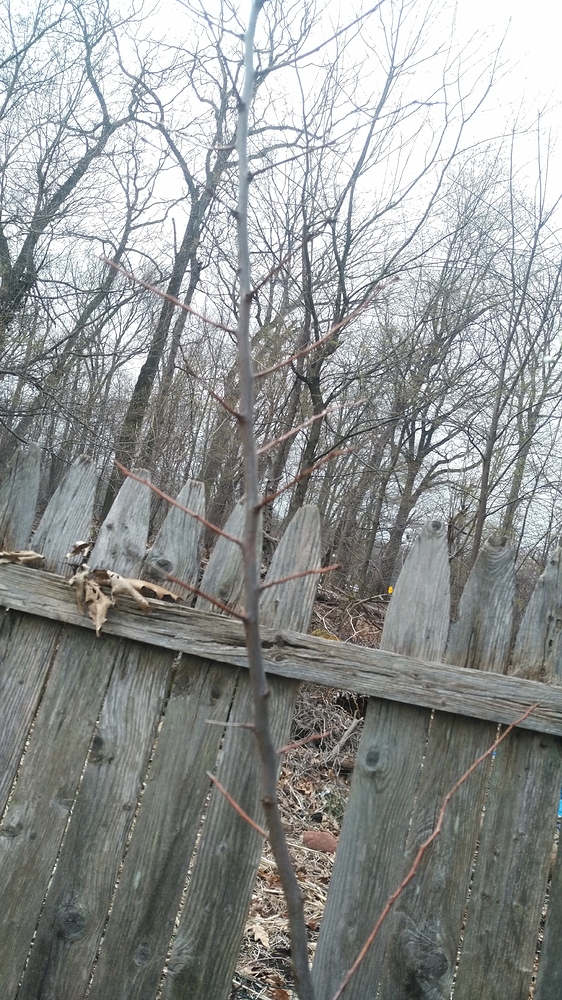 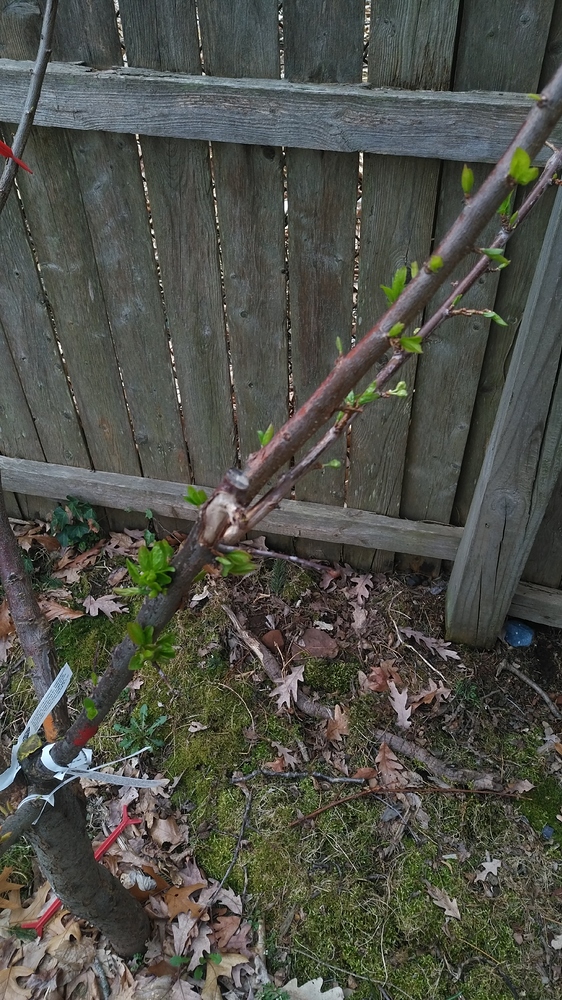 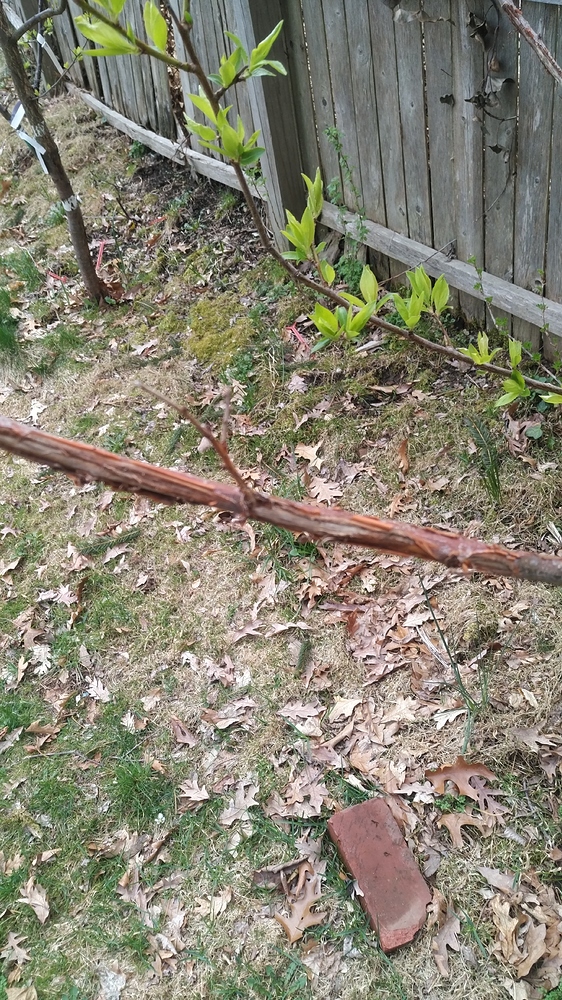 Oh man… so sorry to see that. Deer rub hu? I had some horrible deer damage too. Ill have pictures up in a few days. Hope your tree makes it through alright!

Might need to invest in a bow and some arrows… 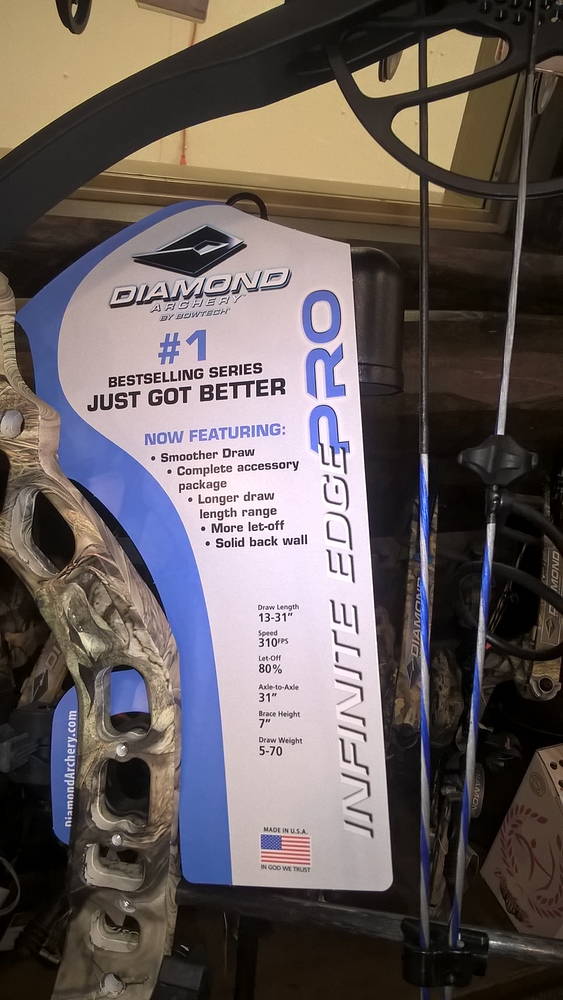 The trees are surviving ok. One cherry branch has a 1/2" strip and its surviving, even might bloom. But with as much damage as it sustained it will have to come off. I hope there is some regrowth from below the damage otherwise I am loosing my entire mortermence graft. Also they dear seem to like the western branches and all of my trees are unbalanced now.

Just a thought here, so having studied buck rubs like the ones in this thread for many years when scouting for deer it occurs to me that it might not be that difficult to protect your tree. The bucks rub on bushes and small saplings that are in their normal walking paths. I would think some well placed metal or wood stakes would make the tree less attractive to a hormonal buck.

Sorry to see the damage. Based upon what happened to me last year. I placed almost all of my trees in cages. I hope it keeps them away. I hope your trees make it…deer are very frustrating.

Deer. I have an almost irrational hatred for those giant antlered idiots.

I just keep any limb that is still growing. Its never caused me any problems, even on cherries I have not had canker problems in the wounds. Trees are designed for this kind of thing, they usually recover well. They may not look as nice though…

I have 3-4 spots that look as bad as yours this year, and one cherry stock and a bunch of peach seedlings got girdled 100% and will need to grow back from the roots.

Are you sure? the branch lives but the damage is major.

WOW! Usually deer damage I see in this forum is in the form of eaten leaves, tips, and branches. What you have there are clearly rubs, and the deer hunter in me gets a little excited because obviously only a buck has a rack that can make that damage.

Glad you got a bow. However, getting proficient enough with a bow if you’ve never used one is going to take you a lot of time and effort and still require you to get pretty close. I’d have suggest you get a cross bow. They require much less practice and skill, allow for somewhat further shots, and increase your chances of taking that buck DOWN! But good luck whatever you do. As much as I enjoy seeing those rubs when scouting for deer, I’d not be happy to find them on my fruit trees!!!

I use these cheap plastic wrap around trunk guards that actually seem to help against deer rubs.

I don’t think it so much that the plastic offers as much protection, as it simply makes it feel strange to the buck, so he chooses not to rub it.

Maybe I overstated the size of the park, its large enough to have a plague of deer on my door but its in the middle of township. But if I ever catch them inside my fence all bets are off. Last year they ate most of the buds off my columnar apples. I really need a new gate.

I have three trees looking pretty similar to that now, if I remember I will take a picture or two. I also have some old ones which show the remnants of that kind of thing. None of them has declined so far.

Pat McManus once wrote that if you put an apple tree on the roof of your house a deer would get a ladder, climb on top of your house, and destroy the tree. My deer haven’t been that bad so far, but they did eat some of my young Liberty tree back and my favorite seedling from last year, but they both seem to be bouncing back so far.

Sorry to see that @lordkiwi, I understand your what you’re going through.

I went to town yesterday to mail out our taxes. When I came back home, drove up the hill to park, I saw my dog lying in the driveway, blocking me. So, I gave him a honk of the horn and then saw three deer swing their heads around in the strawberry patch behind the house! They bolted up the hill into the trees. I checked out the patch and didn’t see much damage.

I had put in my fishing line fence around the patch last week, so it appears it didn’t help, so I bolstered it up a bit after that scene. What bothers me is that those cheeky bas****s were in the patch in broad daylight not 100ft from the back door. I was gone maybe an hour, glad I caught them when I did. Gonna be a fight with them this year…

I’d be curious to know your or others strategies with fishing string. I’ve had both bad and good luck with it. The time I had good luck has caused me to develop a working theory. No idea if it’s correct or not, but we’ve kept them out of the wife’s daylilies for a few years now. Previously they were destroying them… I place the line a few feet up, very much in the open, a good distance from any trees/limbs. My theory is that they’re smart enough to realize their legs/body shouldn’t be bumping into any tree limbs, then there’s this pressure from one that’s invisible to them. We’ve witnessing them bump against, and retreat from, more than once. So just curious if others have developed a similar theory and/or refined this strategy any.

There back. My first spotting this season. 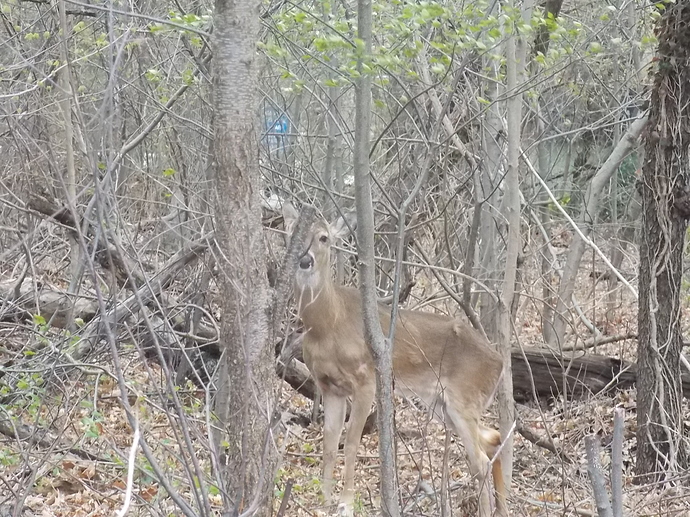 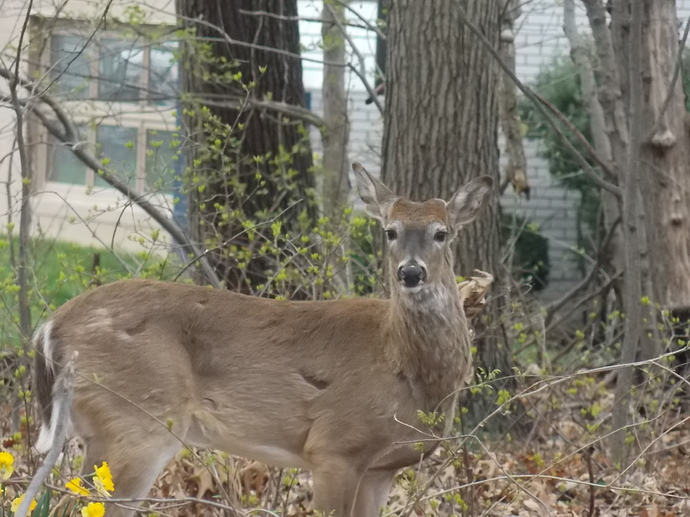 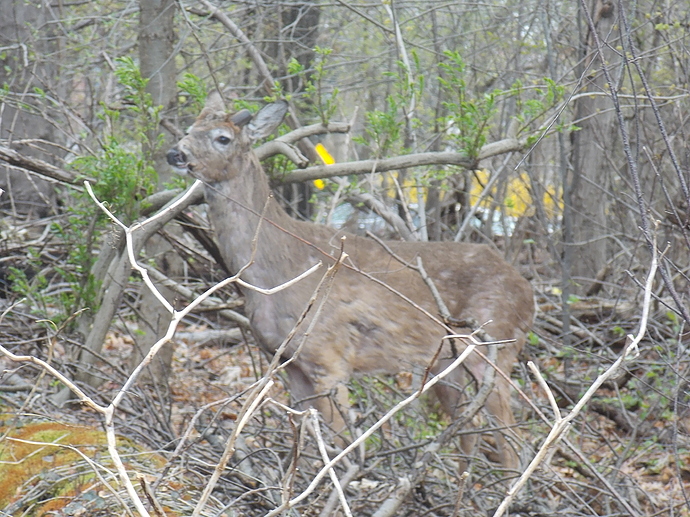 My theory is that they’re smart enough to realize their legs/body shouldn’t be bumping into any tree limbs, then there’s this pressure from one that’s invisible to them.

That’s my theory on how it works. I think it spooks them that something is hindering them, but they can’t see it. But, it has failed sometimes, like in my tomato patch a couple years ago. I have modified it a bit, in that I add a second perimeter outside the inside fence but at an offset angle. I just did that yesterday to the strawberry patch fence.

When I was using it around my orchard area, it got broken multiple times. I assumed it was deer running and breaking it before it had a chance to spook them. Have electric fence there now. I’ve thought about putting an outer 2nd perimeter of fishing line though…