My peaches have been through a lot of firsts this year and not good ones. I’m trying to figure out which first is causing this. Is it some type of bug, fungus, disease, or just from weird weather. I cut three open and saw no larva, bug, or worm just that the fruit is riper on the lump. This is happening on all my peach trees, several varieties 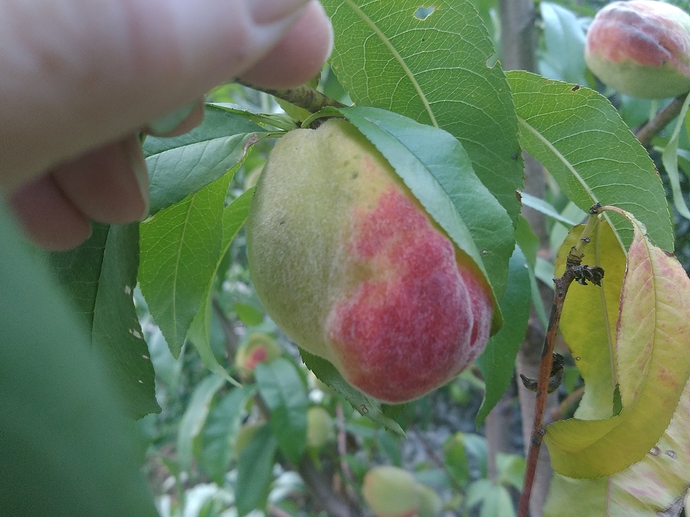 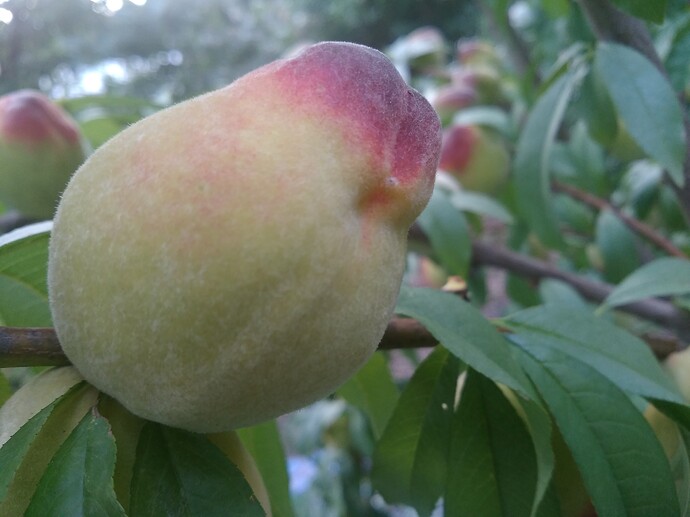 That is different looking, I have never seen anything like that on my peaches here in Missouri.

It looks sort of like peach leaf curl. Did you have that on your leaves earlier this year? Curl can infect the fruits but it usually doesn’t look like that.

Not that i noticed

Are you in this year’s monsoon belt? Uneven ripening has certainly been a problem here in NY thanks to all the water- but I don’t have a crop of peaches that look like yours nor have I seen any ever, anywhere. And I look at a lot of peach crops at a lot of sites. Is it most of your crop or just a few outliers that are so deformed?

That looks like poor pollination and freeze damage to me. I have some fruits that look like that, and that’s what caused it.

That’s herbicide damage. What herbicides did you (or someone else) use under or near the trees?

My first thought was like Scott. It looks like PLC. Doesn’t mean it is by any means.

My guess is the OP used a broadleaf herbicide under the trees and the heavy rains we’ve had washed it down to the root zone.

Or the OP put contaminated manure or mulch under the trees. Or sprayed something with carryover last year, like Tordon.

No herbicides near the tree however I’m on the edge of town and herbicide drift from the fields killed three of my youngest plum trees a few years ago they were on the west side of the house. At least that’s what the county extension office said killed them. The peach trees are on my east side and south side. The east side is 3 blocks from the nearest field

And it snowed here after pollination

Oh and it’s most of the crop that’s affected

The fruit elongates at the apex end (some peaches elongate along the suture). Those points of elongation ripen and rot before the rest of the fruit can ripen.

If you aren’t using mulch or manure then either you have leftover soil herbicide residue from a few years ago, or they have sprayed more recently and you were unaware. If you didn’t apply herbicide yourself, then someone else applied it in some way to your soil close to those trees without your knowledge, or it washed in on the soil close to the trees through rain from another property.

Normally, I don’t try to be so confident about diagnosis, but this is a case which perfectly matches symptoms of herbicide damage on peach fruit.

Thank you. At least i know there’s no fungicide i need to apply or bug to blame. We still use crop dusters here and it’s an incredibly windy state. So i guess i just need to figure out how to protect my trees from the crop dusters…