Did this rose come with Mosaic Virus?

I ordered 6 standard tree roses from David Austin. They have just started leafing out nicely but one of the trees has weird looking leaves - Green leaves with yellow veins. Looks like yellow vein mosaic virus. Should I remove and burn this tree ASAP?

I doubt its a nutrition deficiency + other 5 roses in the exact same soil don’t have this issue. 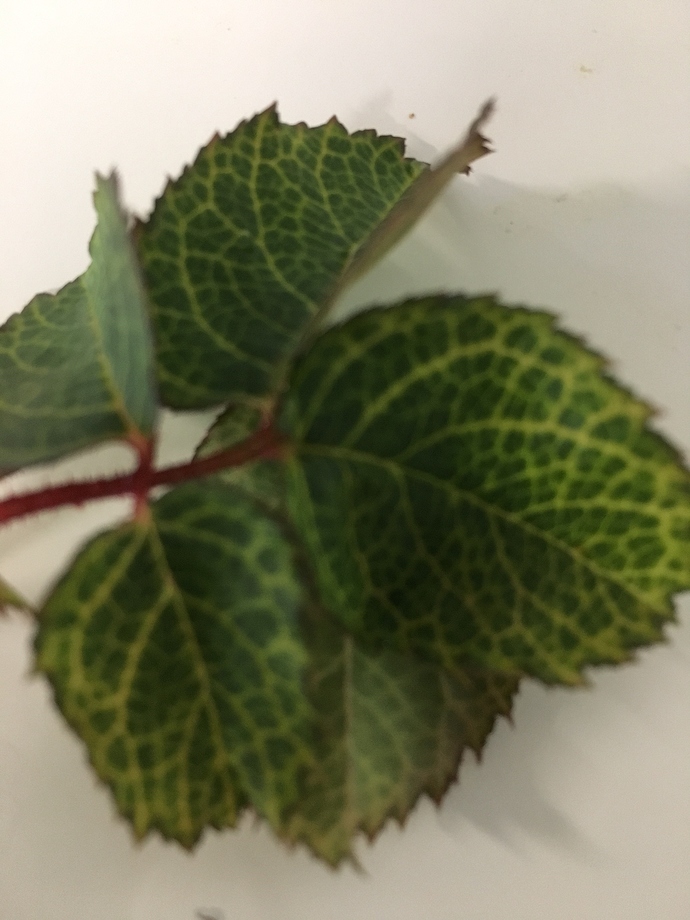 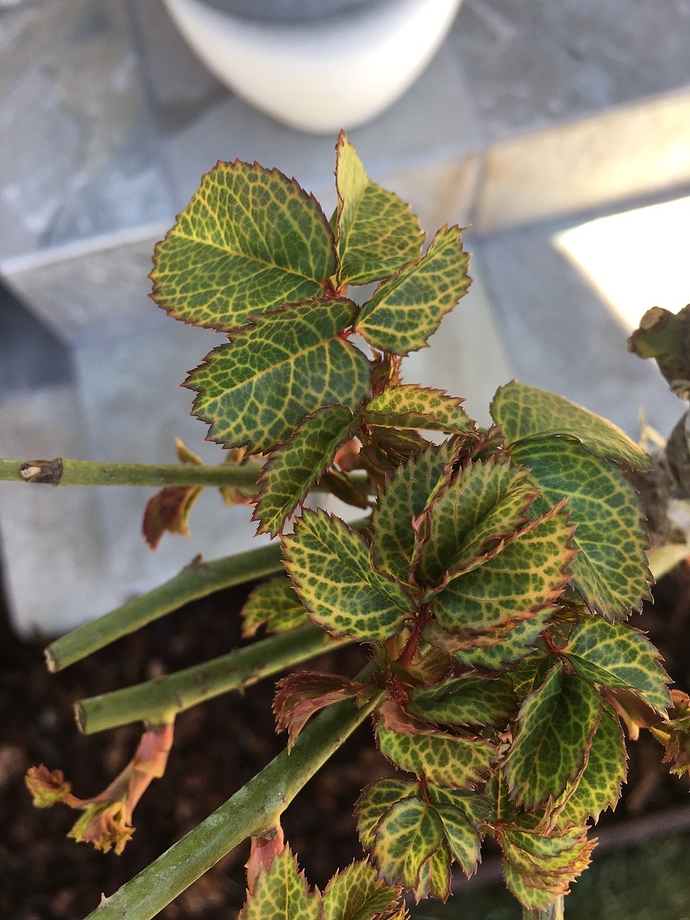 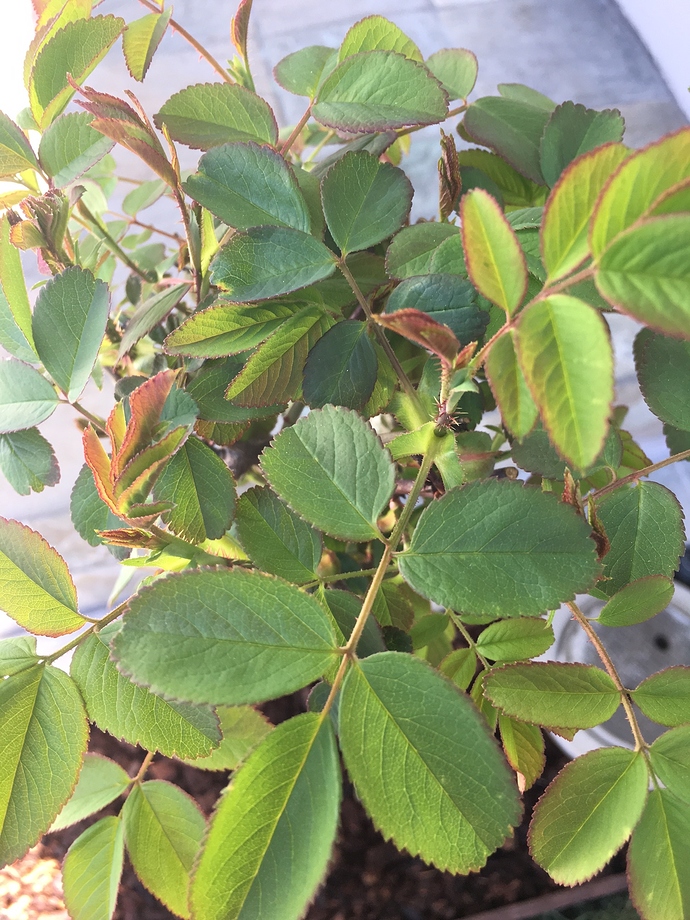 I’m no rose expert but that looks like vein banding which is one way mosaic can express itself. Its the opposite of iron deficiency in terms of yellow/green areas. So yes, it looks like one to get outta there!

Yes I have called and emailed David Austin Roses but not expecting much from them based on their negative reviews.

I am trying to determine - Is there a risk that it may spread to other fruit trees/roses? some web sites say it spreads only by grafting and does not spread in air/water/pollination/etc. Some sites say remove and burn ASAP.
If this is mosaic virus does anyone know for sure if there is any risk of spreading to my other trees? If yes, i would get rid of it right away. If it is not going to spread and just 1 infected tree - I will replace it next year (sold out for this year…)

They were probably thinking of RRD when they said remove and burn ASAP. Rose Rosette Disease is very bad news and spreads through wind-blown mites.

As far as I know, general consensus is that RMV is not going to spread easily. It doesn’t have insect vectors or anything. It does spread through grafting. I’d just ask for a replacement rose (pick another variety because that one looks like their source is infected). Maybe clean your pruners before cutting other roses? I never bother, but RMV roses tend to do fine where I am.

That makes me feel better. David Austin seems to be sold out of all tree roses for the year. If they don’t replace it, I’ll just order something other than Grace online whenever they are back in stock. I’ll go check my local summer winds nursery too.

Luckily I started cleaning pruners between each tree just before this one arrived!

Maybe clean your pruners before cutting other roses?

Not a means of transmission. It is root-borne.

@Richard
Does this mean there is risk of spreading via roots/soil to the trees nearby?

Does this mean there is risk of spreading via roots/soil to the trees nearby?

I don’t know. A dozen years ago i encountered it on a rose from Weeks Roses. I gave it a soil-drench dosage of Liqui-Cop and the symptoms disappeared by the end of summer.

David Austin support just got back and they think its a Sulfur deficiency.
They want me to add some sulfur and report back in 1 month! I’ll give it a shot.

Didn’t you get a soil test done recently? What was your pH reading?

Yes & I told them that my soil tests show very high sulfur levels but they feel just this area may be deficient!

My thought is they don’t want to send you a new one or admit responsibility, so they’re trying to pawn you off.

My thought is they don’t want to send you a new one or admit responsibility, so they’re trying to pawn you off.

I think you’re correct. Their diagnosis is backwards. First of all, they are recommending sulfur because of a knee-jerk response that yellowing leaves could mean too high of a soil pH – which of course sulfur could remedy. But we already know that the other roses in the same soil are doing just fine. Further, the leaf veins are yellow – not the panels. Something is choking nitrogen in the roots.

I’d get a pH kit at a hardware/big box store and test the pH of that soil and tell DA if it’s already acid, yeah.

That’s awful. They were so good at replacing a dud rose they sent me once years ago when I used to order from them. I love his roses.