Reviving this thread to ask about what eggs are running at (for those of us who don’t have chickens). This bird flu has hit the chicken meat/egg industry pretty hard.

Was talking to my bro-in-law recently and he said eggs were very scarce at the local Walmart. Of course, being Easter time might have something to do with that.

We don’t have any chickens, even tho we have an old coop. Kinda wish we did have a few. One of our neighbors was kind enough to give us 4 dozen eggs (we gave a couple dozen to our inlaws) today. We insisted on paying them for these, since they’re getting scarce elsewhere, and she has given us lots of them free before.

I’m getting about 20 eggs per day from 25 laying hens. Three are broody so they are not laying. Cost of eggs was $2.50 per dozen at a local store yesterday. I’m certain that is going to go up.

If you were closer, I would give you a bunch of chicks. I’m hatching about 50 per week and can visually cull about 1/3 of them at hatch. The culls make excellent egg layers at 5 to 6 months old.

Feed prices have gone up, but when I did my year end tally, I learned we had a larger profit in 2021 than any previous year — multiple dozens of dollars — so we decided not to raise our prices this year.

There are 4-5 other egg sellers at our farmers market, and some of the others sell for less, but “a rainbow assortment” of eggs in each carton gives us our niche. I don’t know if marketing them as non-GMO helps or not, but it increases our feed costs. Having loyal customers probably helps the most.

Thanks for the offer, wish we were closer. I like eggs occasionally, but can’t eat them every day. My wife wants chickens more than I do, and has been dropping not so subtle hints that we need to fix the coop up and get some. To me, it’s just more chores that we don’t have a lot of time for. We prob will get some eventually.

I recall (or I might be mistaken) that you were trying to develop some kind of special breed of chicken? How has that been going?

I’ve been working on Silver Laced Wyandottes that lay blue eggs since early 2014. I got results back from DNA tests on a dozen roosters about 3 weeks ago. Three roosters were homozygous for the blue egg gene. I culled all the other roosters so that chicks hatched from now on will carry at least one oocyanin gene. By this time next year, I should have homozygous blue egg layers. There is still a lot of work to do as some of the chickens still carry the gene for Mahogany and there are several golden laced hens where my goal is for silver laced.

The best looking hen in this picture is near the back just in front of the upside down kiddie pool.

Those are some plump hens!

They have a larger breast than most chickens. SLW is also rare that the meat remains tender even up to a year old. Most chickens are tough by 12 weeks.

So, are you saying that these hybrid chickens of yours are meatier than a normal SLW?

Not more than normal for SLW, but definitely more than normal for most egg laying breeds. SLW’s are bred as combination meat and egg birds. The breast is deeper than on most other breeds resulting in a larger breast when processed. Rocks have similar larger breasts, but they are flatter where SLW is deeper. This is one reason SLW makes a good meat bird cross with Rocks. They can make larger tender breasts than either parent.

@Fusion_power Do most of your SLW have that good of lacing as shown in your picture? Or is that only after a lot of culling for that characteristic before knowing egg color? I raise SLW that are from hatchery stock, and none have good lacing, some are ok, too much black. It’s still my favorite breed.

Good lacing comes from good genetics. I got my SLW from Jerry Foley. http://www.foleyswaterfowl.com/

His stock has a lot of years of selection. It also has a few genetic quirks that have to be understood and worked with. It is almost always better to purchase from a breeder that puts time and effort into selection than to purchase random hatchery stock.

I am putting in a lot of effort for selection to maintain SLW traits. There is a lot left to be done!

Tossing this thread back to the top with a few items for discussion.

Here is a photo of a young hen that will definitely be in my breeding group early next spring. She shows excellent lacing and is 100% guaranteed to lay a blue egg. The only genetic flaw she has is that she has straight comb. Fortunately, all of the roosters I have currently are rose comb so her offspring can be selected for useful traits. 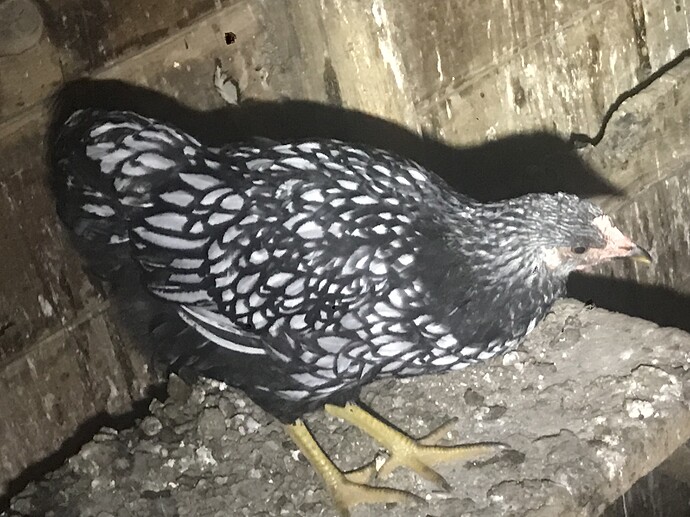 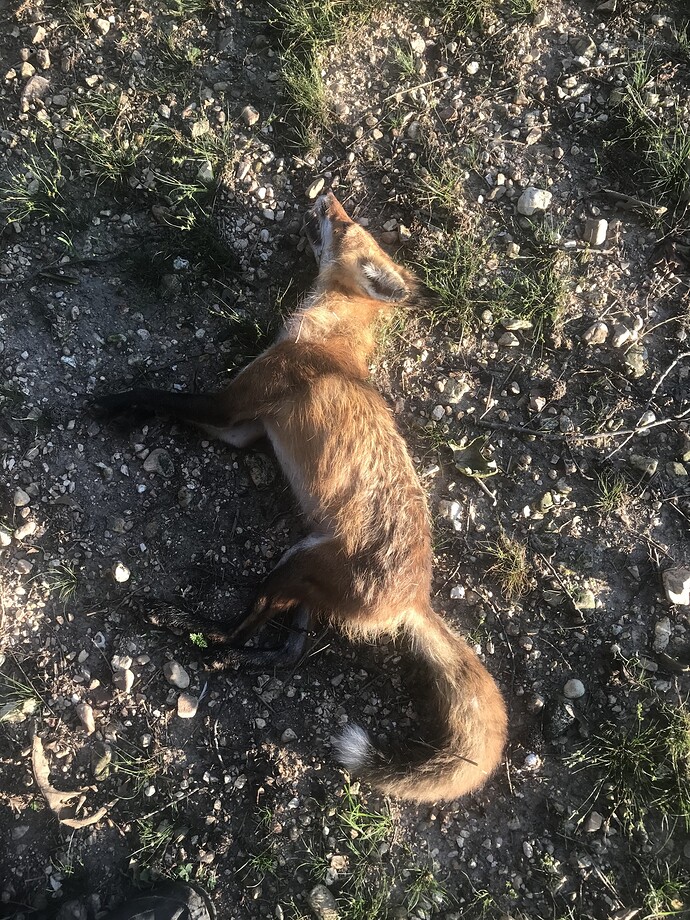 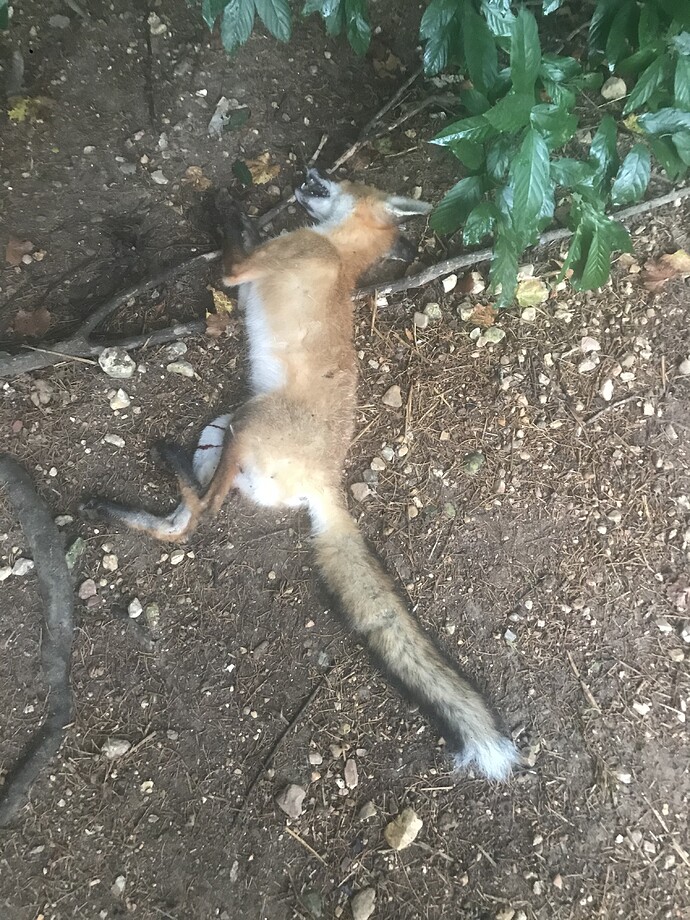 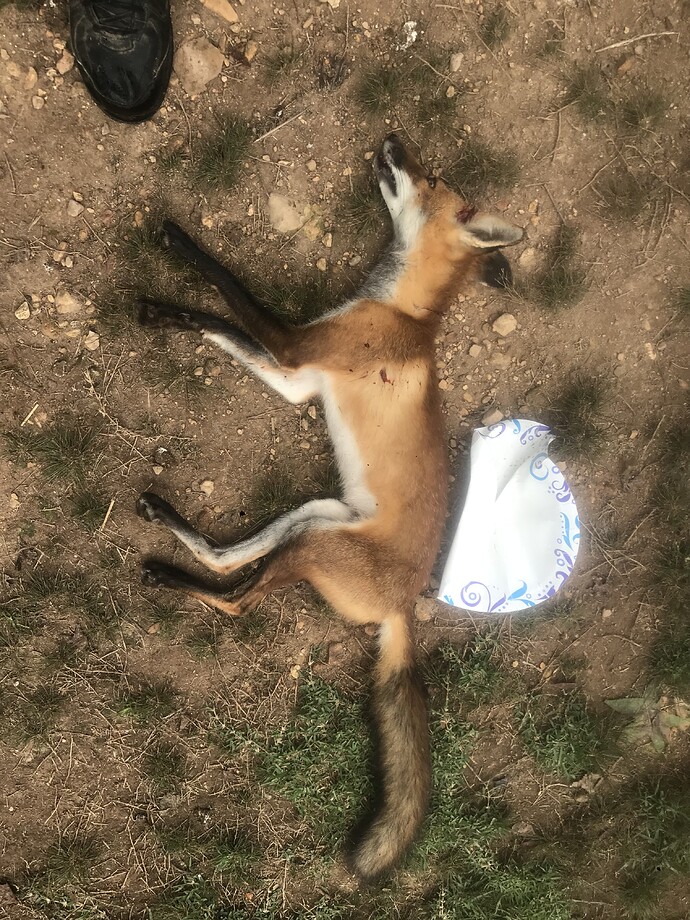 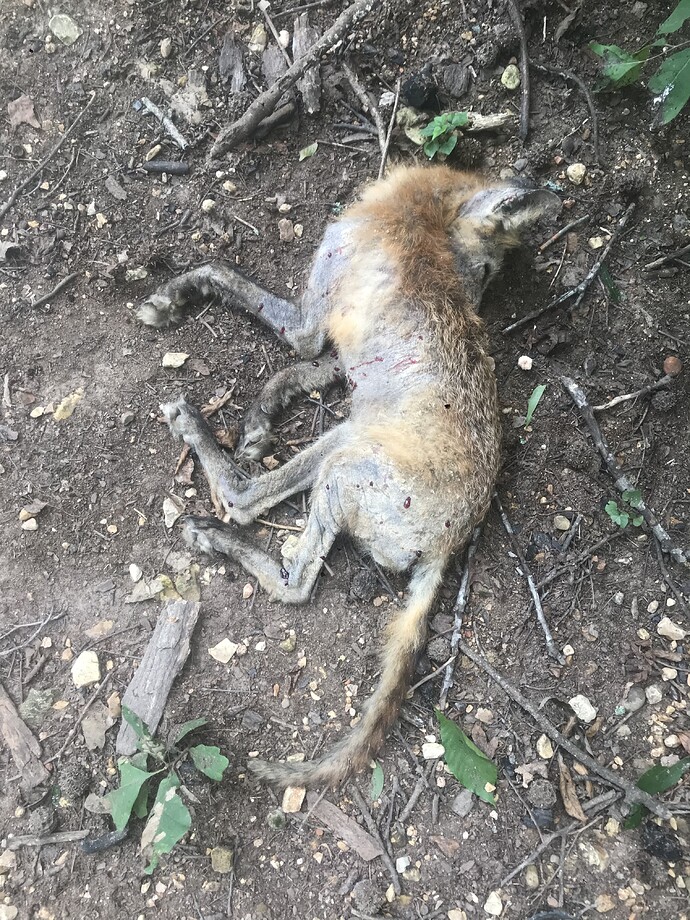 We’ve seen foxes on the edge of our property, and neighbors lost several of their chickens to a marten that even attacked our neighbor, but our chickens and ducks have been spared. I’m surprised we haven’t lost ducks, since they have taken up the bad habit of not coming back to the barn in the evening but staying on or by the pond or creek. 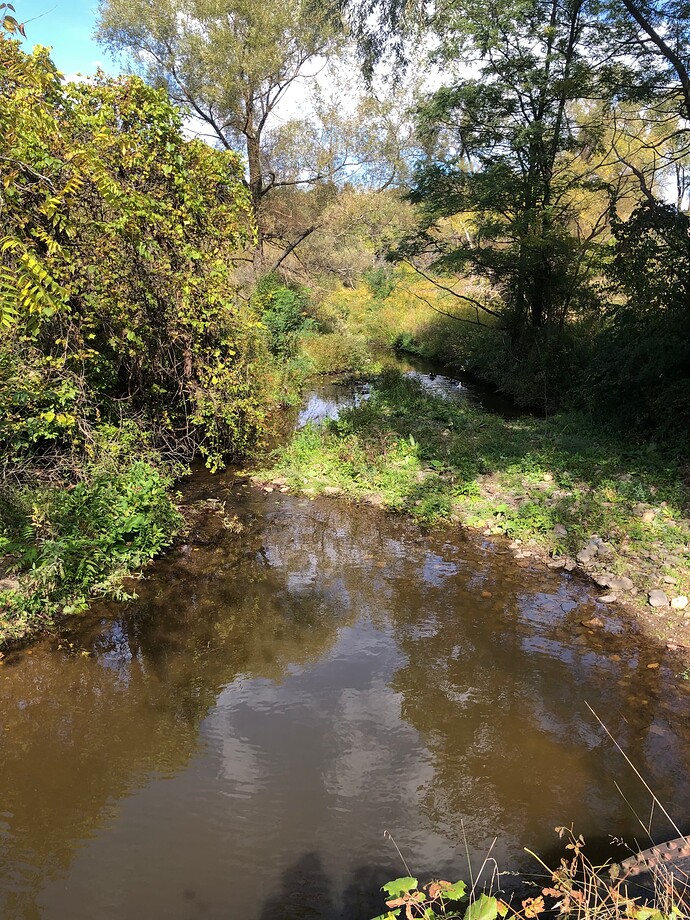 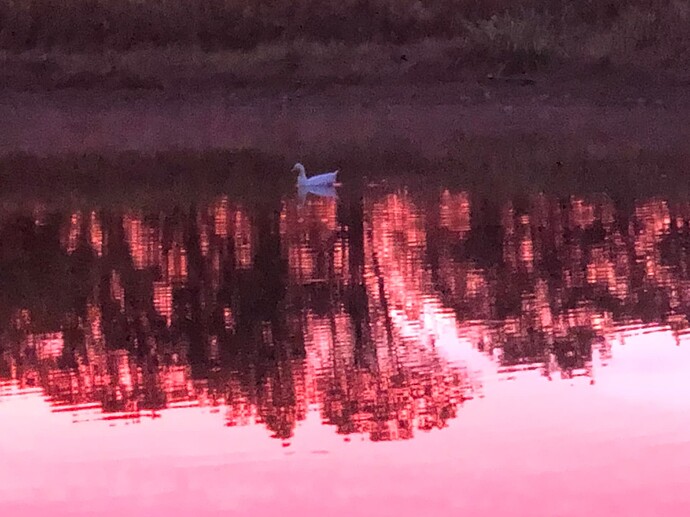 Here is the picture of a Silver Laced Wyandotte hen age roughly 3.5 to 4 months. https://www.selectedplants.com/miscan/slw.hen.jpg

And here she is today showing good lacing even some on the tail feathers. She should start laying in another month max. https://www.selectedplants.com/miscan/slw.hen.6mo.jpg

Here is an example of an older hen, this one is 3 years old. She shows some speckling and spotting on the lacing, especially near the tail, from one of the genes I am gradually breeding out. https://www.selectedplants.com/miscan/slw.hen.old.jpg

and here is a picture of another young hen showing fairly decent lacing. https://www.selectedplants.com/miscan/slw.hen1.jpg

I have about 20 developing chicks that will be good enough for further breeding work. Barring incident, I will gene test all of them to find homozygous blue egg layers. I expect about 65% to be homozygous! 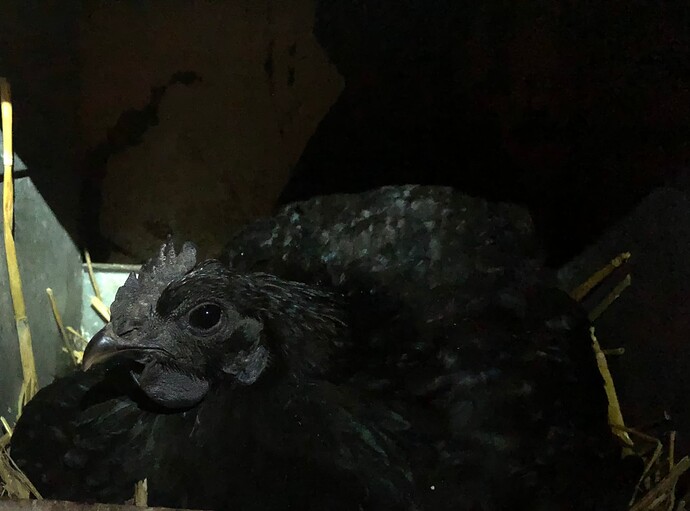 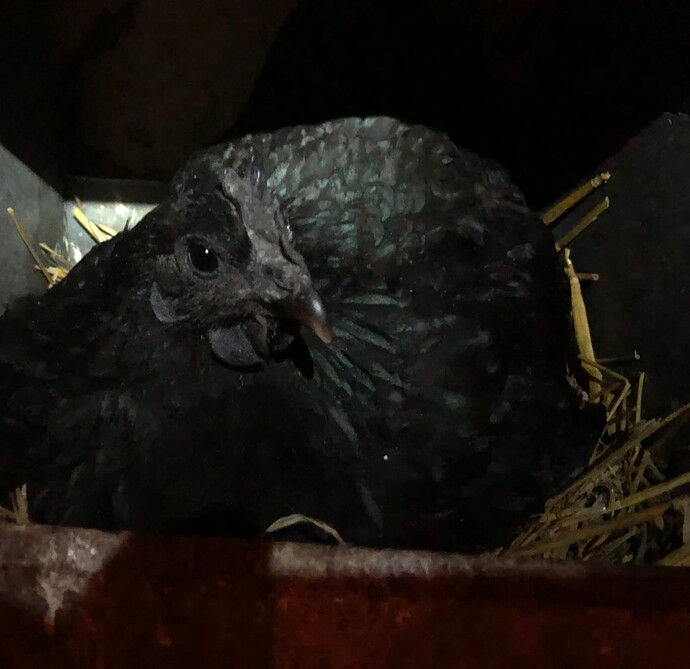 image1920×1863 118 KB
The Mystic Onyx is not a recognized breed by the American Poultry Associstion. They are a cross between birds that were brought from Mozambique to Sweden over a hundred years ago, a Silkie, and some other breeds. With all that black coloring, what color are their eggs? The light brown egg on top is the Onyx’s egg. You’d think it should be the egg on the bottom, but it came from a Black Copper Marans hen. 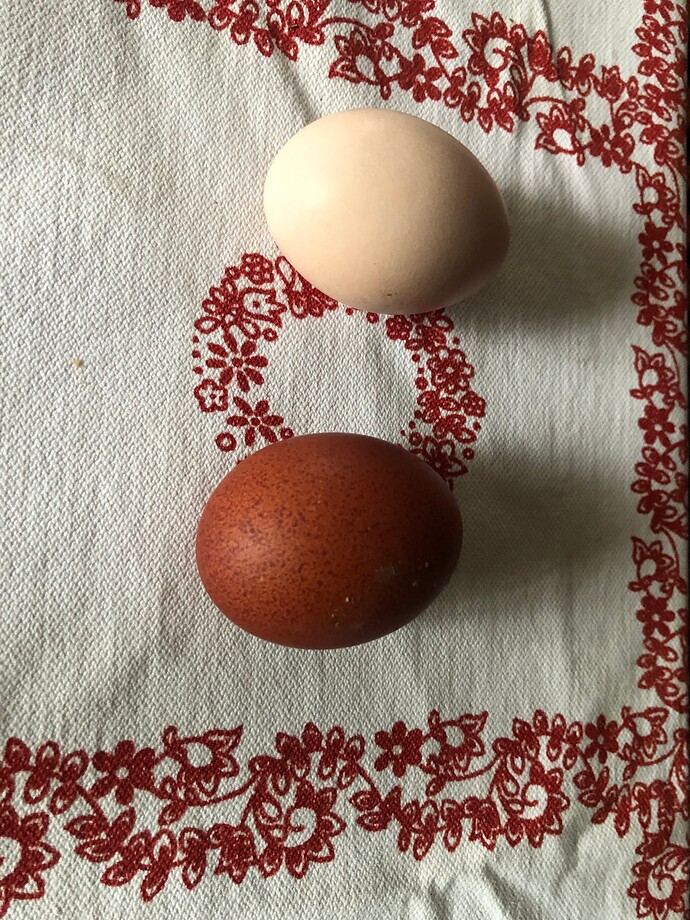 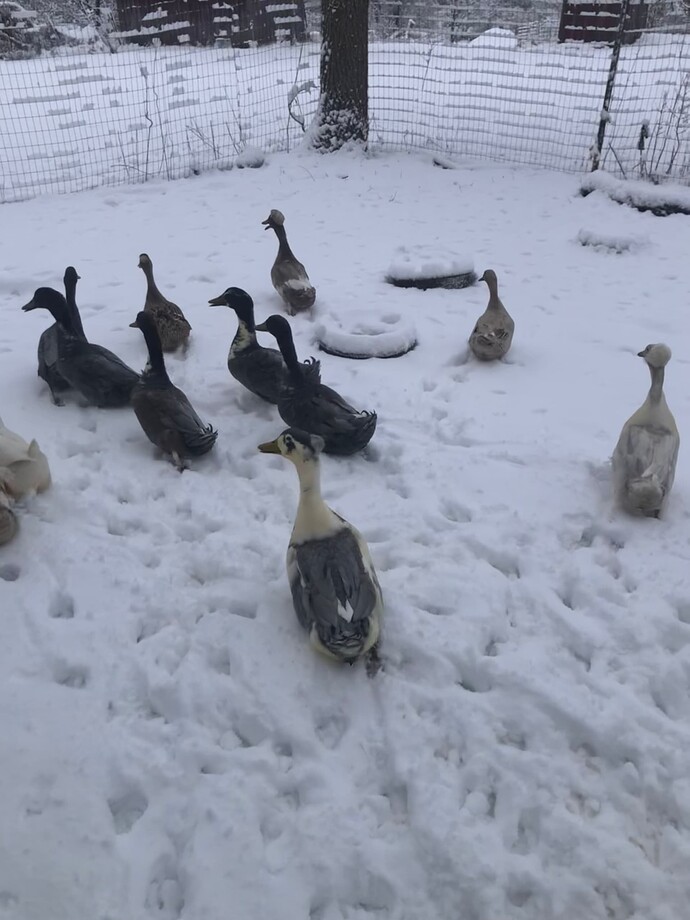 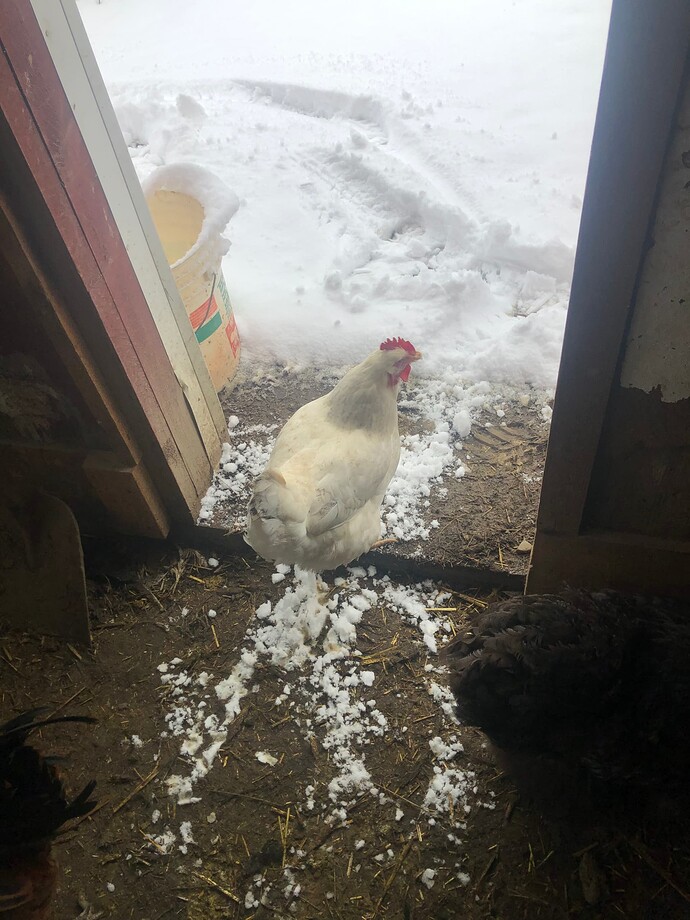